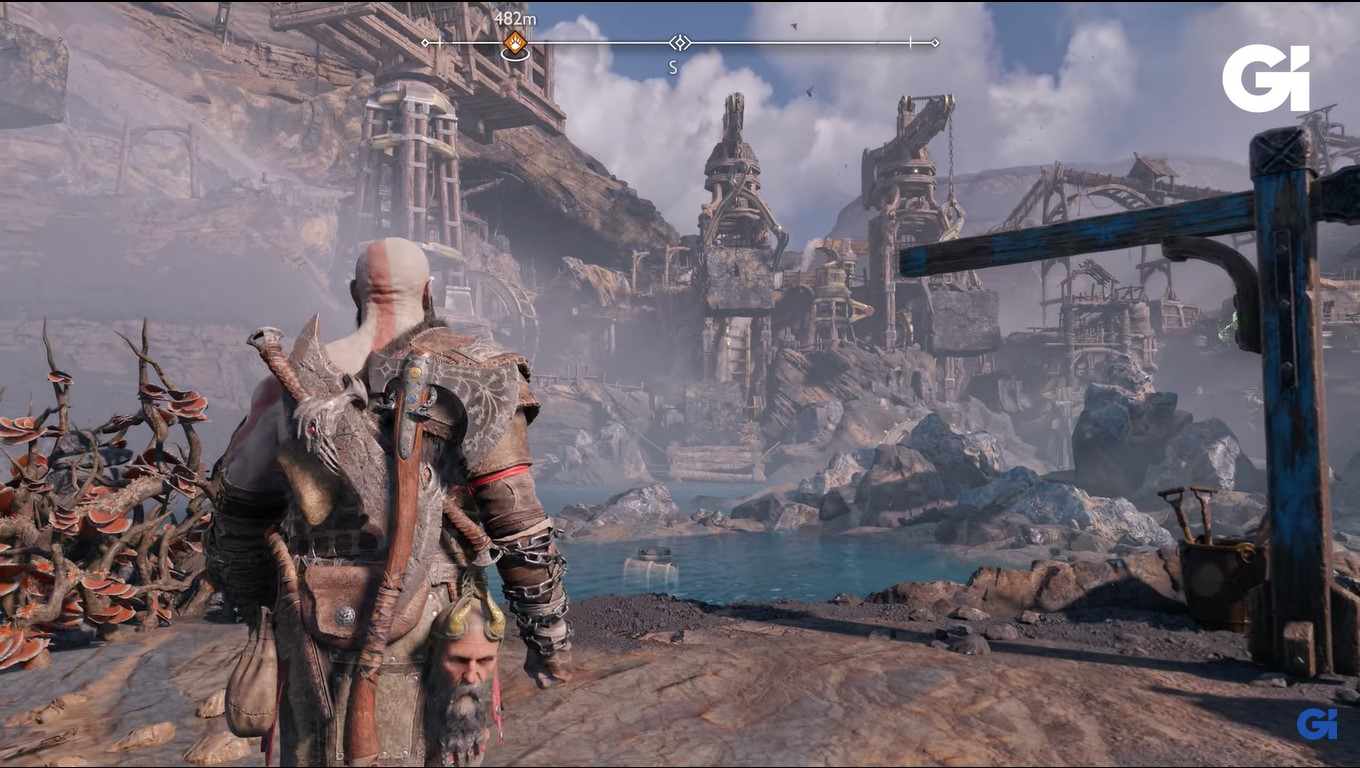 The realm of the dwarves is the focus of the latest God Of War Ragnarök gameplay video, although once again it doesn’t come via Sony.

We’re beginning to think there’s some kind of Trading Places style bet going on in the Sony boardroom, about how long the company can go without making any sort of major announcement about… anything.

If they’ve got a new State of Play happening this month they’ve not confirmed it yet and while this is the second new God Of War Ragnarök video in recent weeks that’s thanks to Game Informer, not Sony – who don’t even mention the new footage on the PlayStation Blog.

That strangeness aside though it is a cool video, since it gives the first look at Svartalfheim, one of the nine realms that wasn’t in the previous 2018 God Of War game.

Svartalfheim is full of dwarven mining equipment and, according to the voiceover, mine pits, artificial water channels, and sprawling cities.

You can also see Kratos solving simple puzzles with his elemental weapons, by freezing geysers to get past and activating other ones to power water wheels.

There doesn’t seem to be anyone around though, which suggests that the sequel will still be peculiarly devoid of indigenous life, like the first game.

Asgard and Vanaheim were also inaccessible in the last game, but will feature in Ragnarök, although they haven’t been shown yet.

Perhaps we’ll see them if and when Sony finally does its own reveal, but in the meantime all we can do is sit and wait until the game’s release on November 9 for PlayStation 4 and 5.