What's an RPG without some combat? Sure, they exist, but they're few and far between; and in true Hyperdimension Neptunia fashion, Neptunia: Sisters VS Sisters revels in parodying popular games through and through. Popular games involve fighting. Ergo, Nepgear and the other candidates must flex those muscles to prevail against the forces of darkness.

Here's another query. What's an RPG without its own little twist on conventional battling? The latest Hyperdimension spinoff sure does pack a few bells and whistles all its own, so keep reading for a solid grasp of how to pummel Gamindustri's enemies into a pulp. 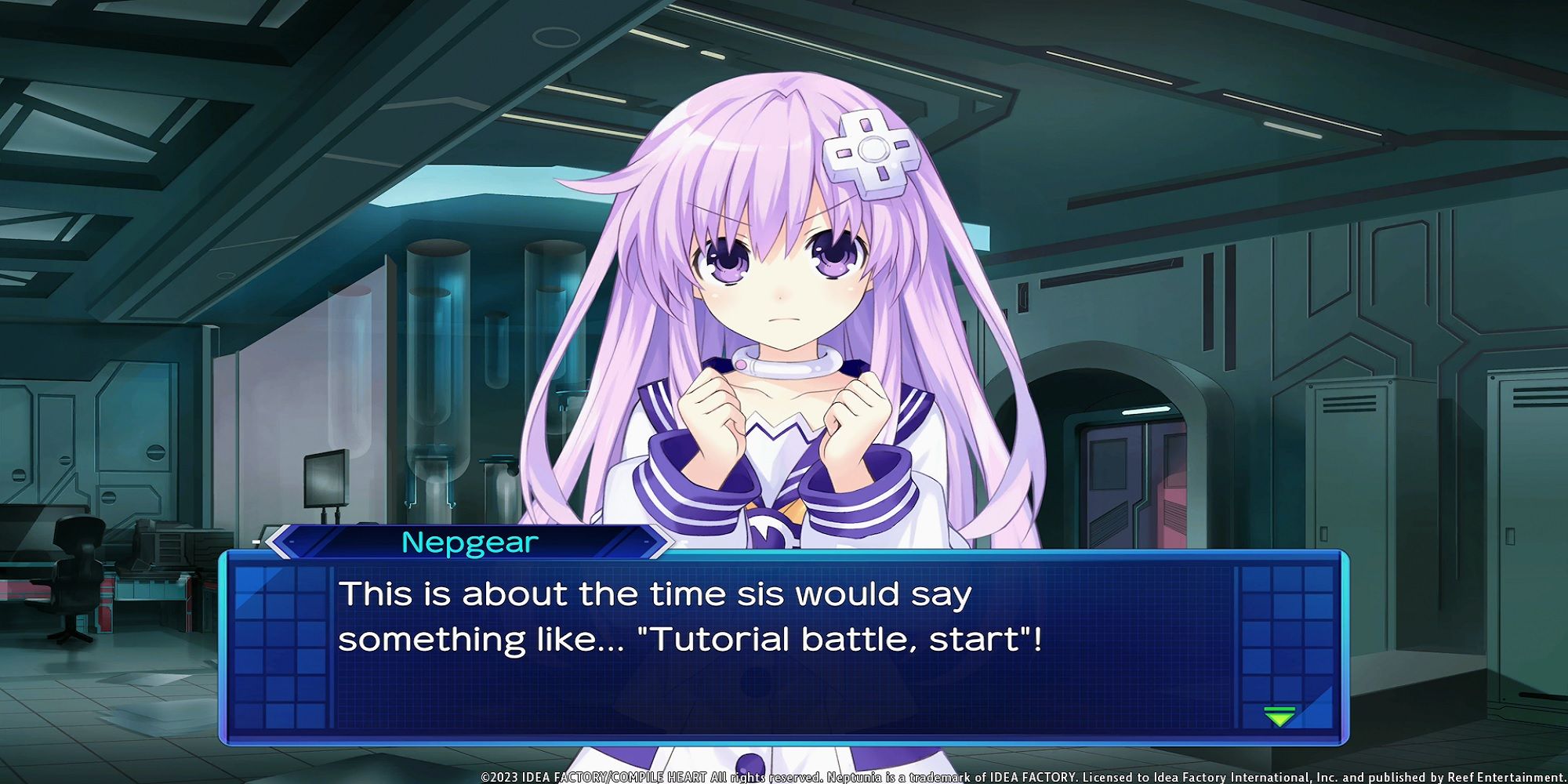 Neptunia: Sisters VS Sisters features the sort of preemptive strike bonus you might find in games like Persona 5. It's always advantageous to sneak behind foes in dungeons and hit them before they notice you. Doing so will briefly paralyze them. As Neptunia: Sisters VS Sisters is an action-RPG, those extra couple of seconds can be invaluable against harder enemies as the game goes on.

It's worth noting, however, that the game is kind of fickle about this, and it sometimes fails to register a successful sneak. We're not too sure what's up there, though in fairness, these sorts of systems are often pretty wonky when deployed in genres outside conventional stealth gaming. So, don't get too worked-up if your effort goes unrewarded; more often than not, you'll get that daze status going just fine. 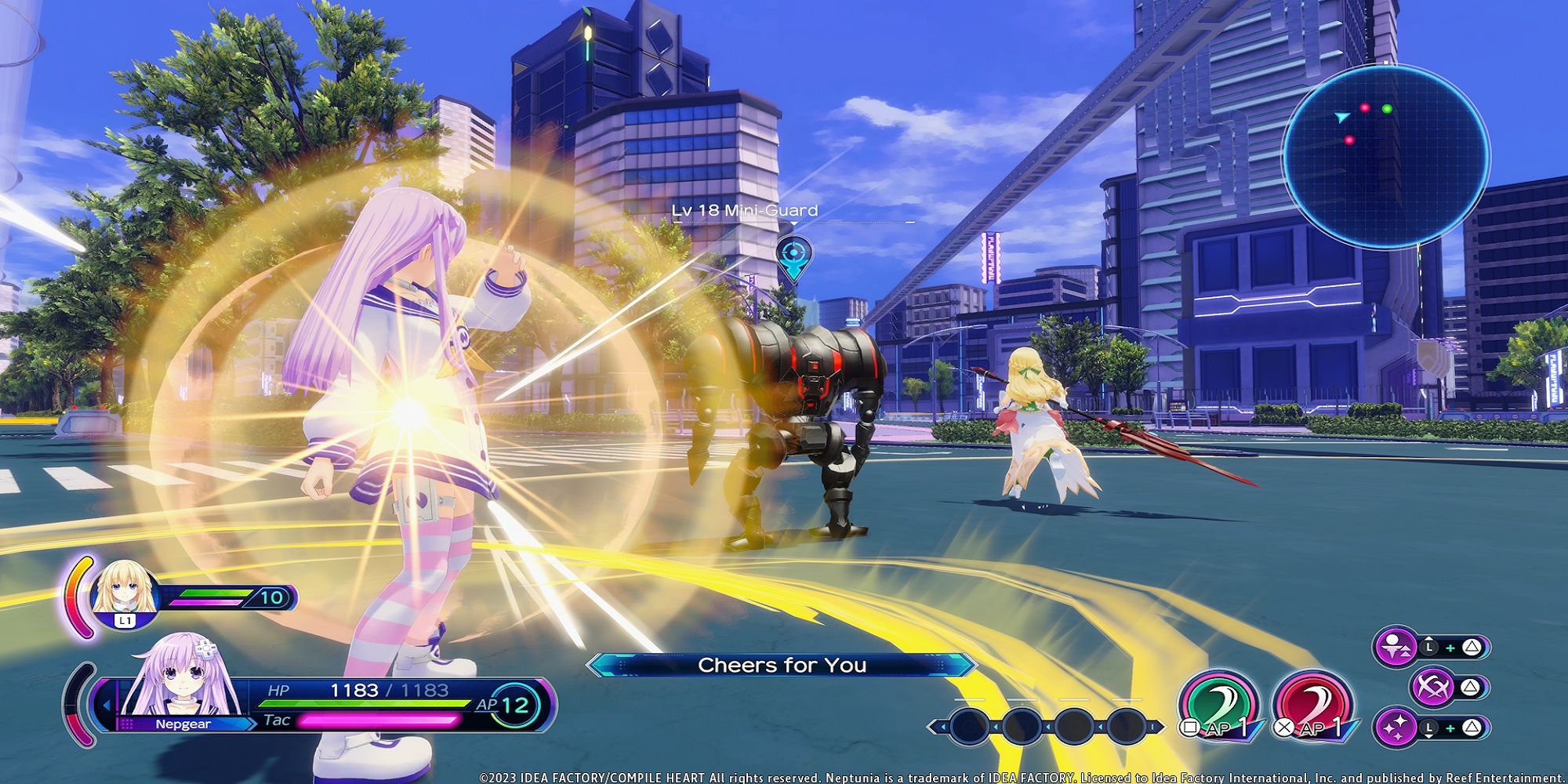 Combat in Neptunia: Sisters VS Sisters is largely oriented around chains. Individual attacks form strings which require simple button inputs for your controlled character to strike with. Once a chain is finished, it takes a quick moment to regain momentum, but realistically speaking, you'll likely be dodging an attack or two by then if the opponent's still alive.

One of the core pillars of Neptunia: Sisters VS Sisters' gameplay is the Disc Development System. As you progress through the game, be sure to complete requests from your trusty Chirper app, unlocking new staff to help in the creation of brand-new (in-game) video games. These discs can then be equipped, and will sometimes alter the power and/or flow of your chains in positive ways. 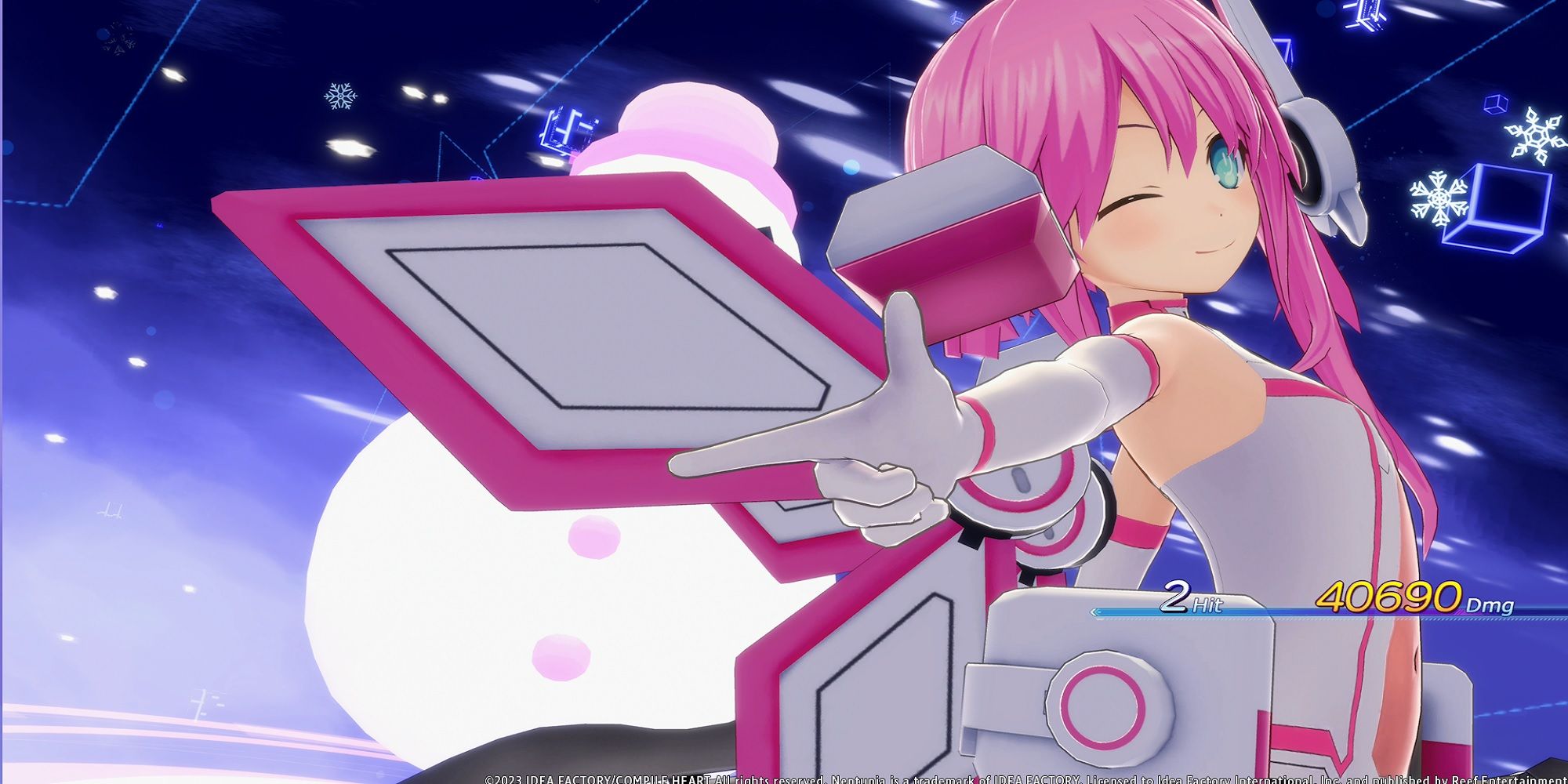 Onlookers may have a tough time differentiating Rom from her similarly-named twin, Ram, but when it comes to battle perks, it's a no-brainer. Ram's just fine (truly, there are no 'bad' characters in battle), but Rom is exceptional.

Rom is a natural healer. Her abilities come to the forefront quickly, she can resurrect fallen allies (eventually), and she has no glaring weaknesses in other regards. We heartily recommend never leaving her to the Lily system, but bringing her along on a regular basis. 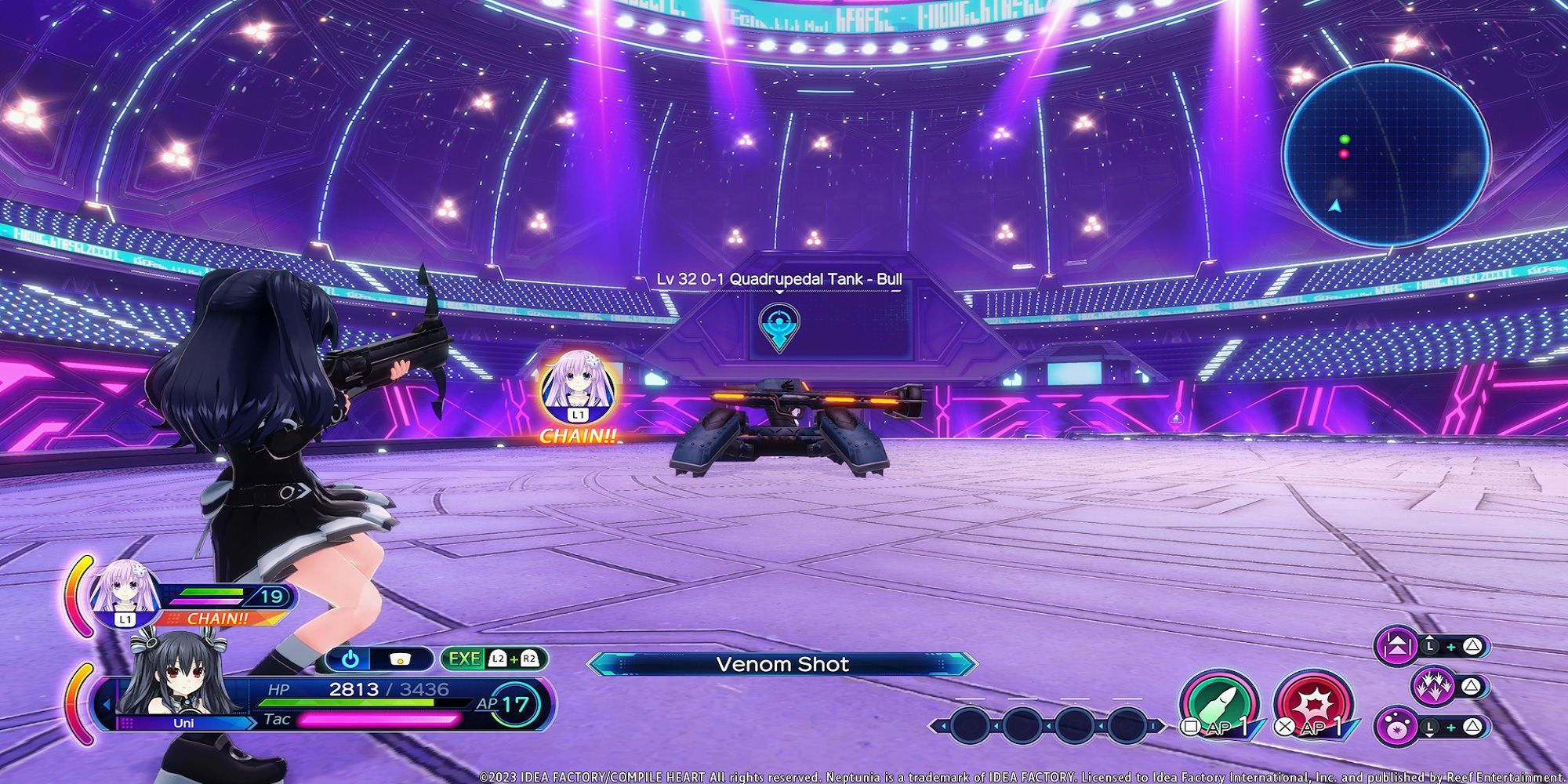 Pound for pound, there's nothing handier in Sisters VS Sisters' battle system than the arena. Fights marked 'Arena Battle' pit Nepgear and friends against multiple rounds of enemies, many of which are kind of a cakewalk. You'll need to successfully defeat three rounds of enemies before you unlock the next letter in a series of tier ranks ranging from 'F' to 'S'.

As you probably presumed, S-rank fights are pretty tough. But don't be fooled by the hohum prizes for lower-ranked content. By the time you're nearing 'S', the party will practically be drowning in highly useful items, many of which will be vital to conquering Neptunia: Sisters VS Sisters' hundred-floor postgame dungeon.