Christmas is very nearly upon us, and to celebrate in a somewhat alternative (but still strangely charming) way, the folks behind upcoming survival horror game Mundaun are giving us a little treat.

The game itself won’t be coming out until next year, but Mundaun’s developer Hidden Fields and publisher MWM Interactive have invited us to make this year’s Christmas a very Mundaun-y one in the meantime. They’ve put together a bunch of eerily beautiful seasonally-fitting snapshots of the game, along with GIFs being released as part of a unique Mundaun-themed advent calendar on the game’s official Twitter feed. 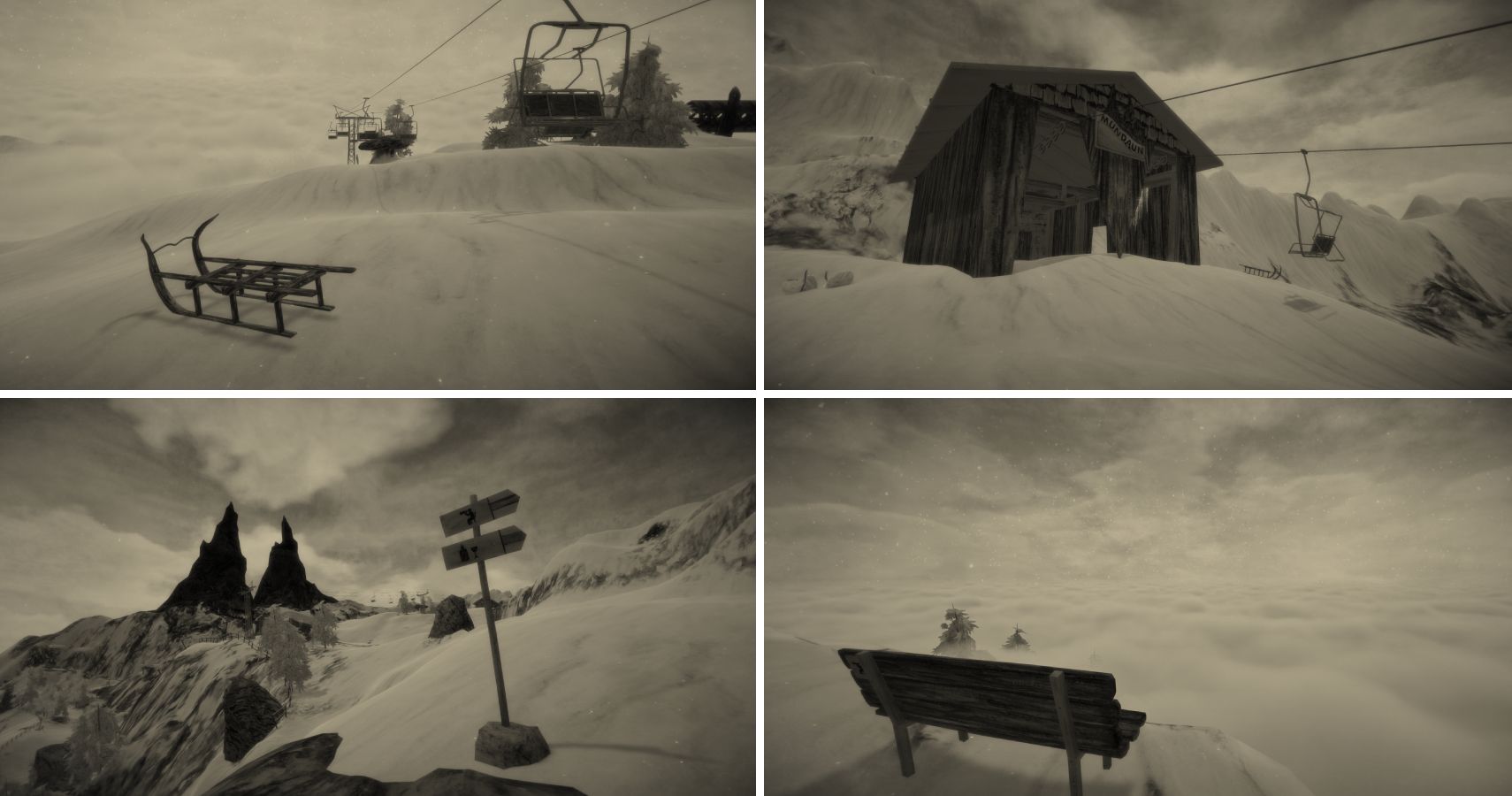 So, while this festive season may be a bit more restrictive than usual given the current state of the world, MWM Interactive and Hidden Fields are cordially inviting us all to go on a virtual vacation. The destination? Only the most jovial of places ever where everything goes well and absolutely nothing seems weirdly off at all! The Swiss Alps region of Mundaun that is.

While in real life it’s the kind of place that steals your breath in the good kinda way, in this survival horror by the same name, Mundaun takes on a different kind of atmosphere. Something much more sinister hangs in the air here.

A vacation-themed album has been created by MWM and Hidden Fields, which features seasonally-appropriate images of Mundaun’s snowy environments. All in black and white (as is the game itself), these images and GIFs of Mundaun’s haunting landscapes show off the handiwork of Michel Ziegler’s hand-pencilled textures.

Meanwhile over on Mundaun’s Twitter account, there’s a kind of advent calendar arrangement going on. Every day leading up to Christmas, unique GIFs are being posted with accompanying captions that’ll get you into a nice festive spirit. You know, the kind that leaves you going, “Hang on, why am I feeling so uneasy?”

Mundaun is due to hop onto PC (both Windows and Mac), Nintendo Switch, PS4, and Xbox One, in Spring 2021.