MultiVersus: How To Play As Steven Universe

While technically a support character, Steven Universe has a number of really strong melee attacks as well. And while he can control space using his shield in a defensive manner, he will often use those shields as walls to bounce his opponents off of during offensive barrages. In that regard, Steven is a character who can play a very strong offensive AND defensive game. 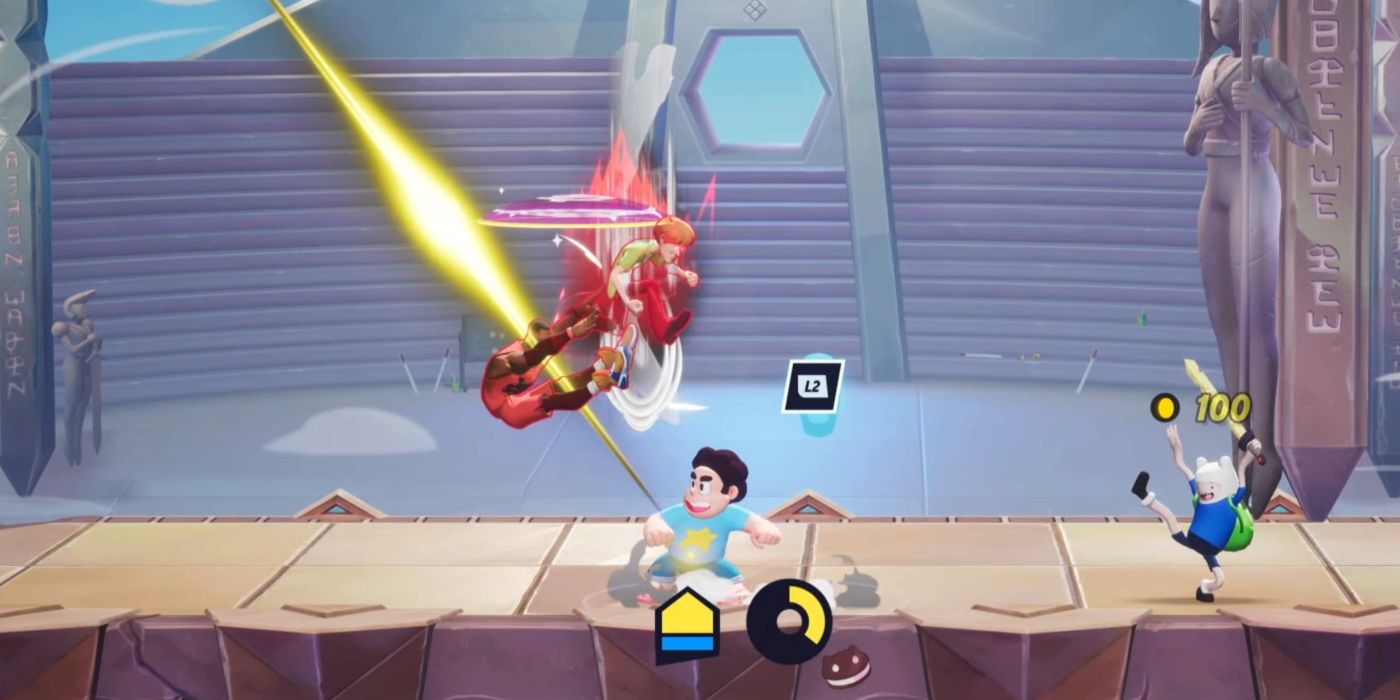 Steven Universe has one primary goal: to control the arena. There is no character in MultiVersus better at controlling the stage than Steven Universe. He can lock people down, he can trap them, and he can protect his partner in a variety of novel ways. This is, of course, why he is given the Support class designation. However, sorta like how Velma is a healthy mixture of Support and Mage, Steven is a mix of Support and Bruiser. When he isn't forcing people out, he is up in people's grills and bouncing his enemies against a series of shield walls. 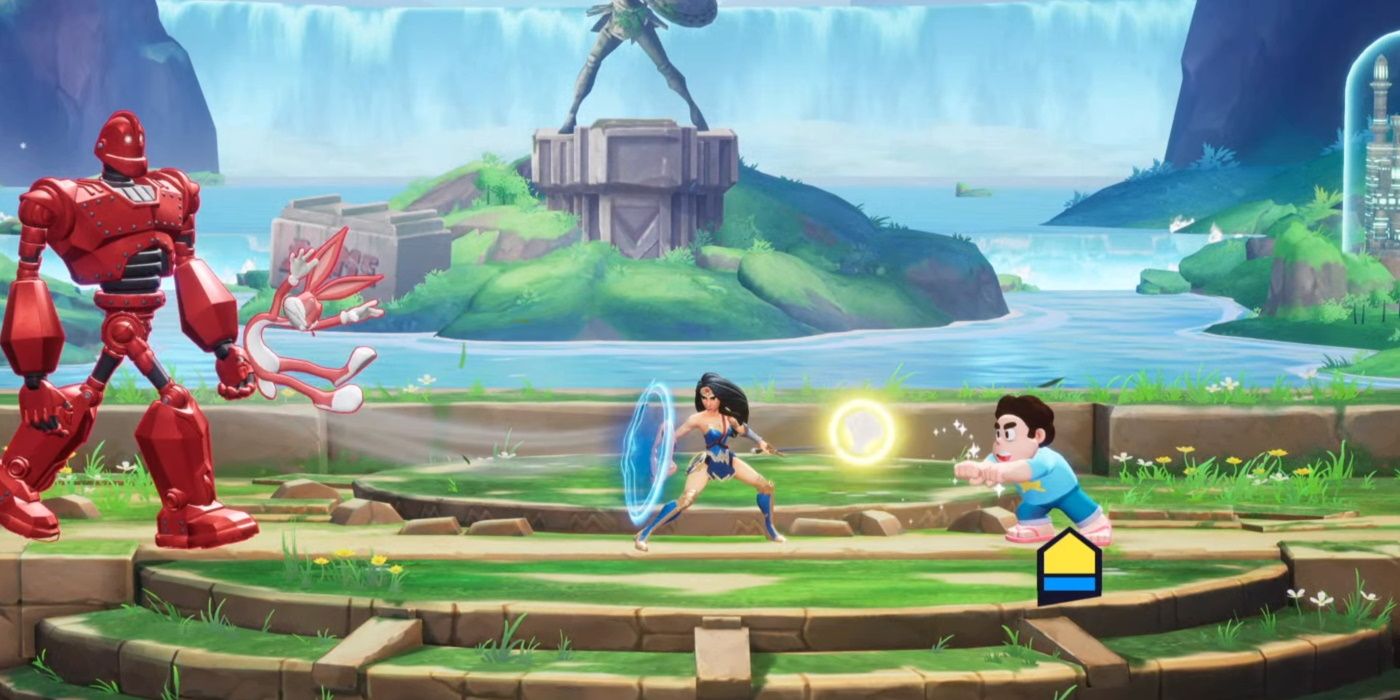 Steven Universe is an incredibly versatile character. He is one of the best characters in the game for controlling the playfield. His shields can be used to box opponents out, and he can stop projectile users from being able to effectively utilize their kit. He is also one of the few characters who has a guard button. That's right, much like a character ripped straight from a Smash Bros. game, Steven Universe can actually block.

But that's not all, folks. He has fantastic aerial approach options and some truly excellent attacks for ringing out opponents. So, a great deal of your game revolves around his shields. If you are fighting against someone with strong projectiles, you are probably going to want to start your match off by putting a shield down. If your opponent doesn't immediately start rushing you down, you should probably get Watermelon Steven down as well. 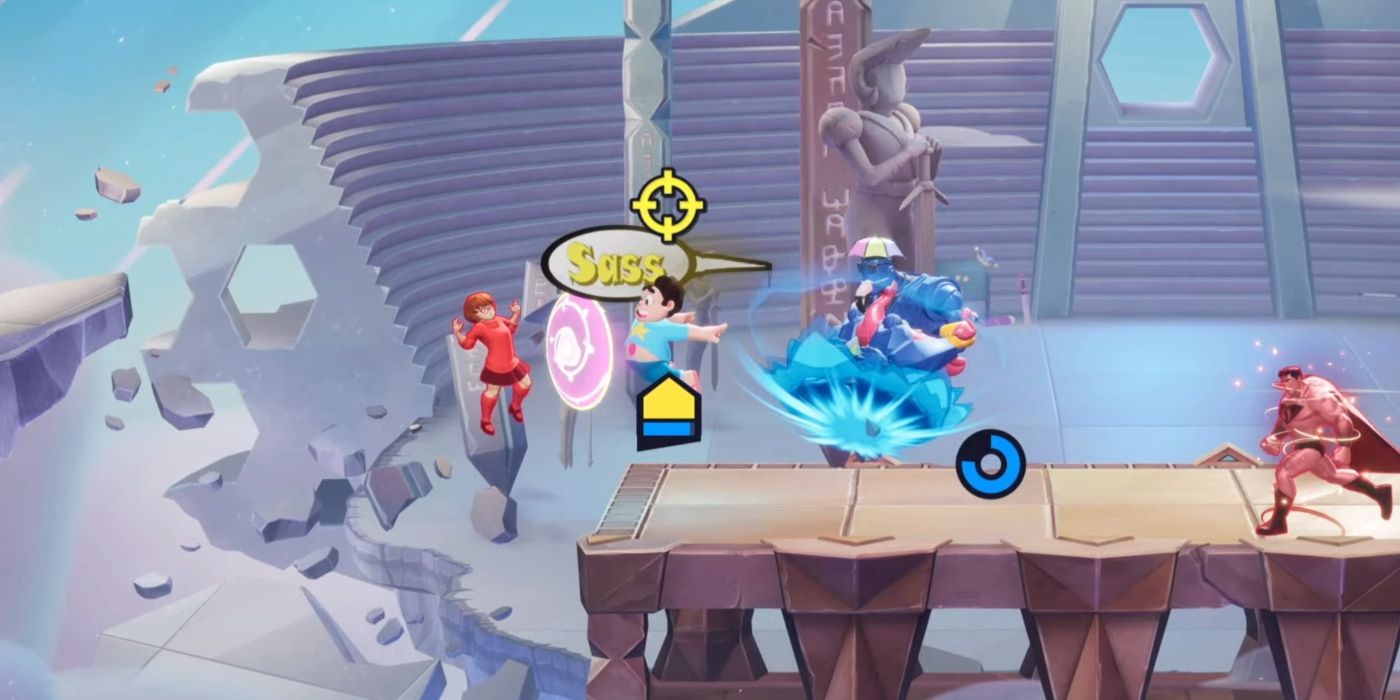 When approaching your opponent, you are best off getting in with Steven's fantastic Shield Breaker special. Doing it low to the ground will give you a very speedy attack that will let you approach rather quickly. Just remember that once you hit with the Shield Breaker, you are going to want to change your direction the moment after the attack lands, so that you can pursue your opponent. 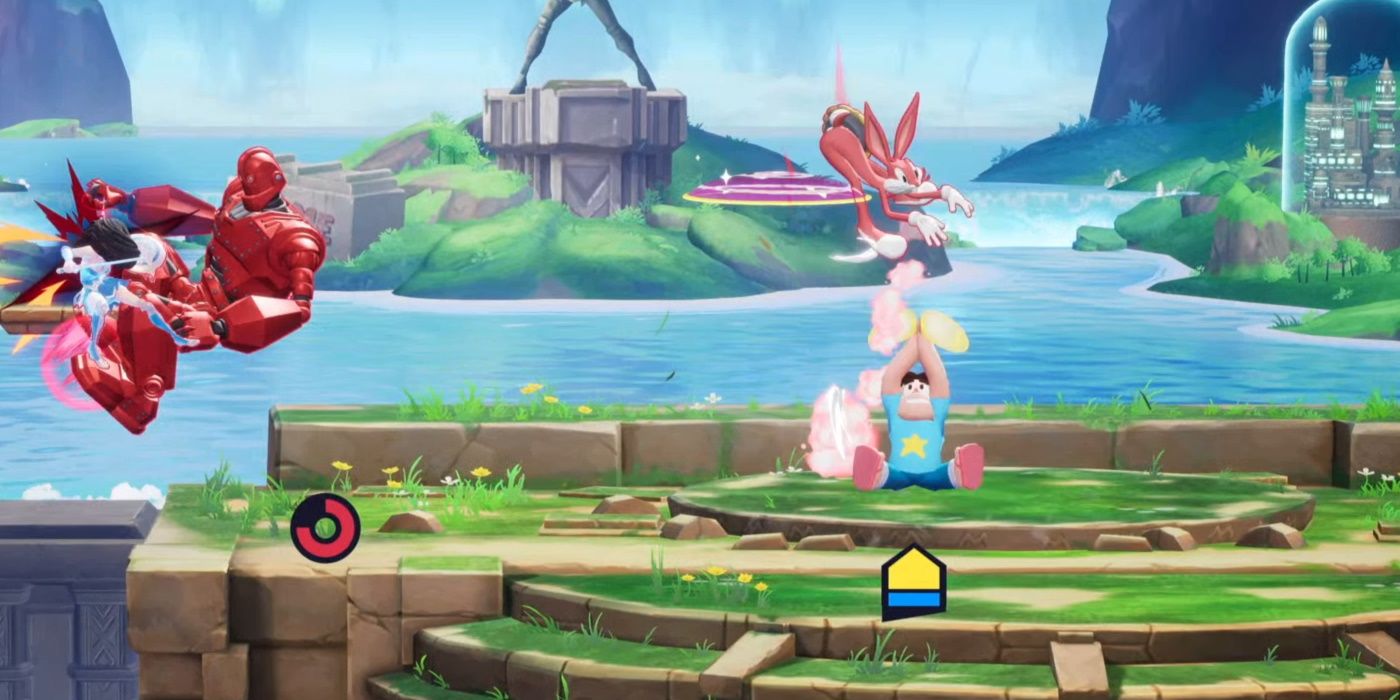 Once you are near your opponent, it is time to do what you do best: build walls and slam your opponents into them. A great way to get one of these sequences started is to hit your opponent up into the air (the combo can get this started), then follow up with a Shield Stepper. With the shield above them, you can try fishing for a Bubble Slam if they are staying grounded, or a Bubble Clap if they are taking to the air. 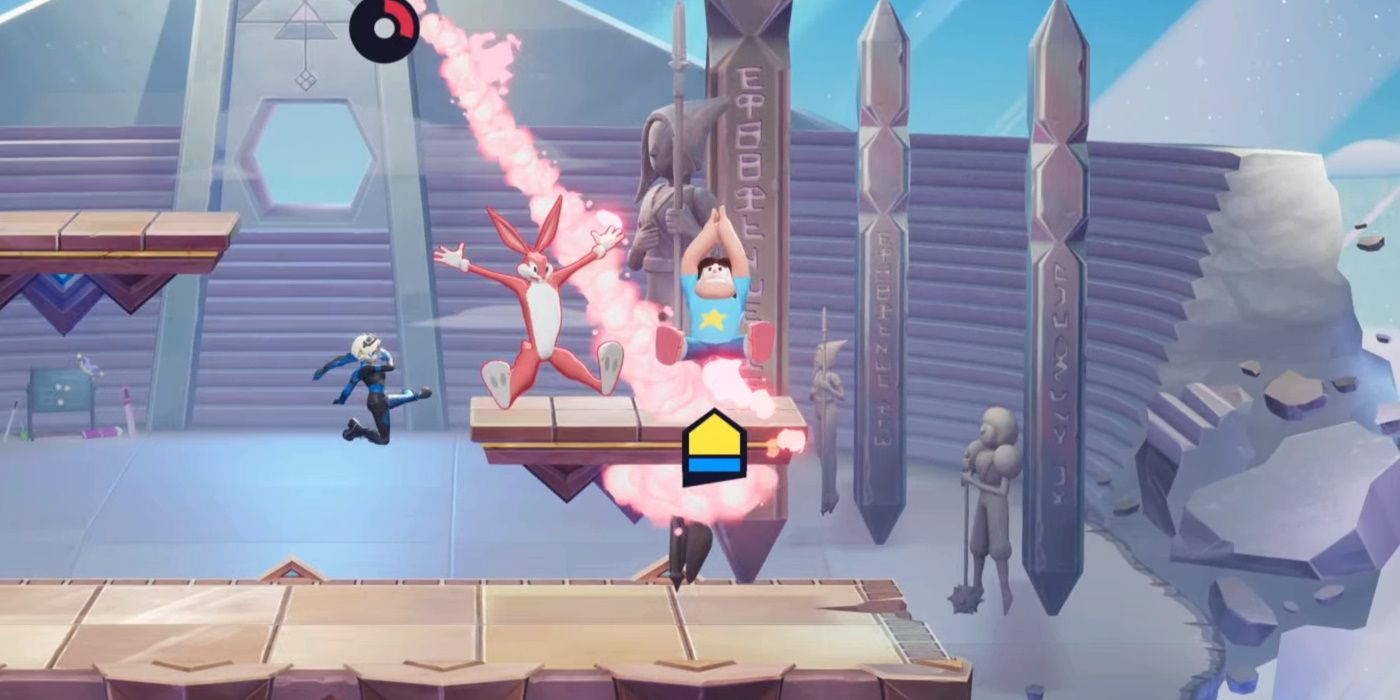 If you hit, just continue to ground bounce them into the shield above and then Clapping them when they ricochet back down to you. The best part is that if they are damaged enough, then when the shield gives way you may just be able to ring them out then and there. Another great approach is to try to bounce them into the Shield Wall with your Shield Breaker. The Shield Breaker will send your opponents flying, so you can very easily bounce them back and forth against the wall.

One more thing, Steven is an excellent character for edge-guarding shenanigans. When your opponent is trying to recover, your always potent Shield Breaker can bounce them if you pursue them midair (it will even bounce you back to the platform). The Pop air attack is also a strong option, as it covers every angle. 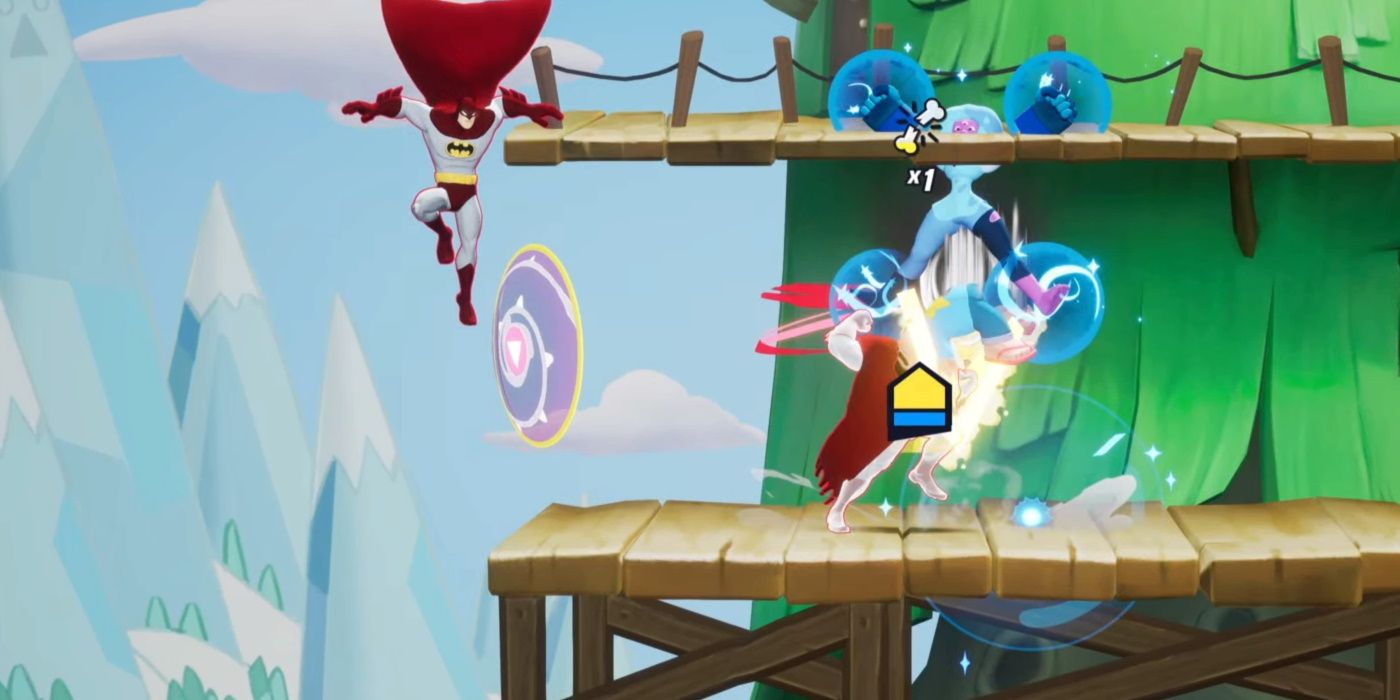 You can also use the shields to force the opponent out, but keep in mind that if you use the Shield Stepper special, and they land on it, they will reset all their specials, jumps, and attacks. However, if they try to jump up, and there is a shield above their head, this will likely cause them some considerable distress. It is all about using these specials intelligently. 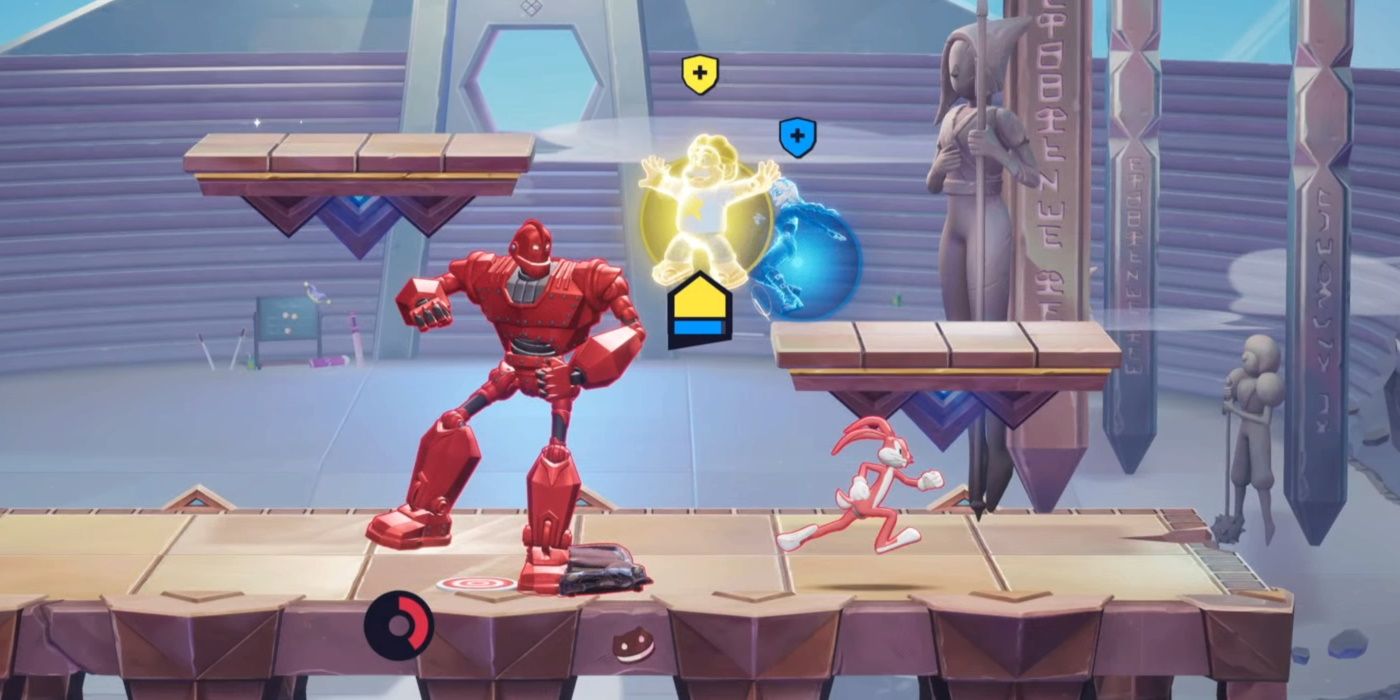 Being a support character, it shouldn't be a surprise that Steven has some incredible tools for helping his partner. For starters, when you guard you give yourself a shield that will block three hits… but doing this will also give your partner a shield. That's right, if they are about to get smoked, you can block for them. However, keep in mind that you both share the number of hits the shield can take.

Beyond that extremely potent ability, your shields are an exceptionally effective way of controlling the platform. So, you can help to block aggressive foes, and keep a projectile heavy character safe. If your partner is playing Tom And Jerry, you may be better off just trying to cut off your half of the stage from your opponents with shields while guarding the skies with your excellent Bubble Clap attack. A competent Steven playing defense is a Mage's best friend. 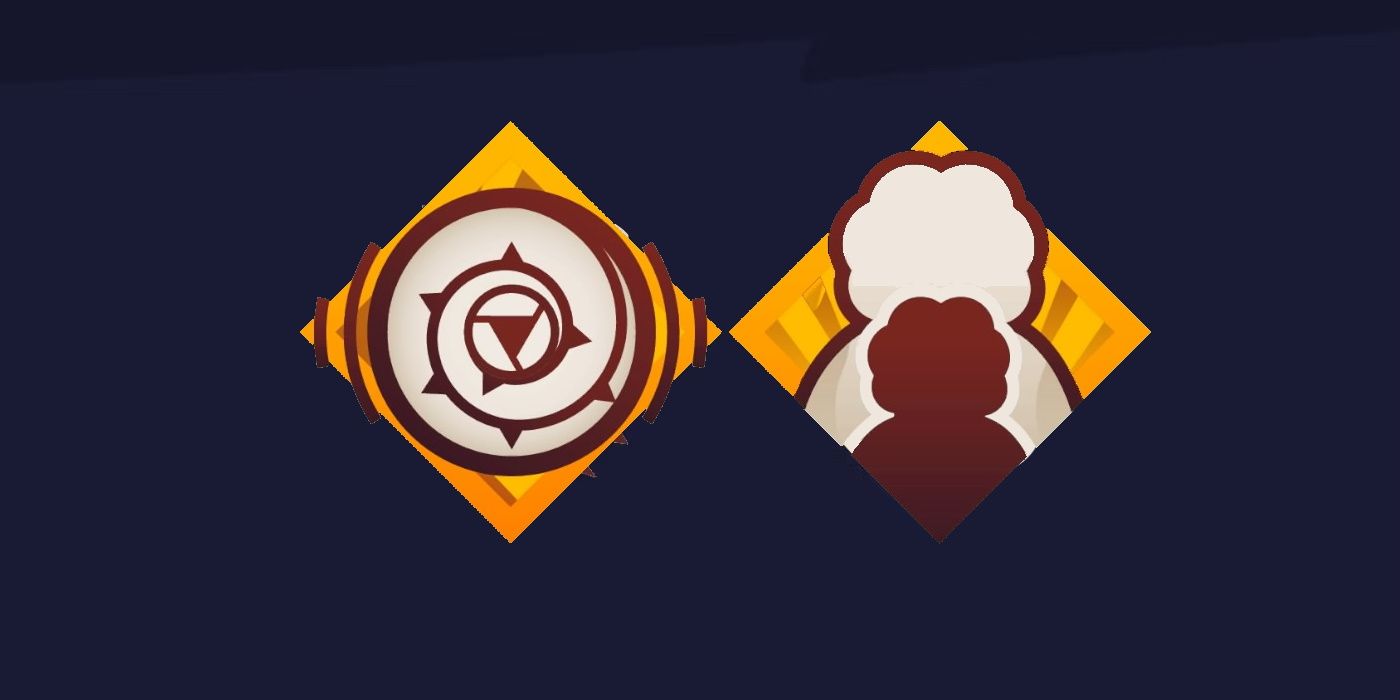 Steven's perks are both fun, but one is clearly extremely powerful, and the other is just a good time. If you are looking to be the best Steven you can be, take Bounce Bubble. It makes your shield wall combos more potent which, you know, is kinda Steven's best attribute.

His Green Thump Signature Perk, on the other hand, sees Watermelon Steven grow increasingly large and powerful the longer he is on the screen. We can confirm that this can be a real spectacle, but the truth remains that Watermelon Steven doesn't usually last long. The better perk is obviously Bounce Bubble, but we still recommend that you use Green Thumb on occasion just for the giggles. Live a little!