MultiVersus: Everything You Need To Know About The Founder’s Packs

With the open beta release of MultiVersus, people are rightfully getting excited about this new entry into the platform fighter genre. But while the game is free-to-play, there are also these tantalizing "Founder's Packs". But what exactly do they give you? And are they a good value or not? Well, the answer isn't exactly cut-and-dried.

So, allow us to unpack everything these premium packages come with, and what type of content they provide the player. We shall unravel the mystery of all the Founder's Packs and help you decide, once and for all, whether or not these Founder's Packs are worth the price of admission.

What Types Of Things Are In These Founder's Packs? 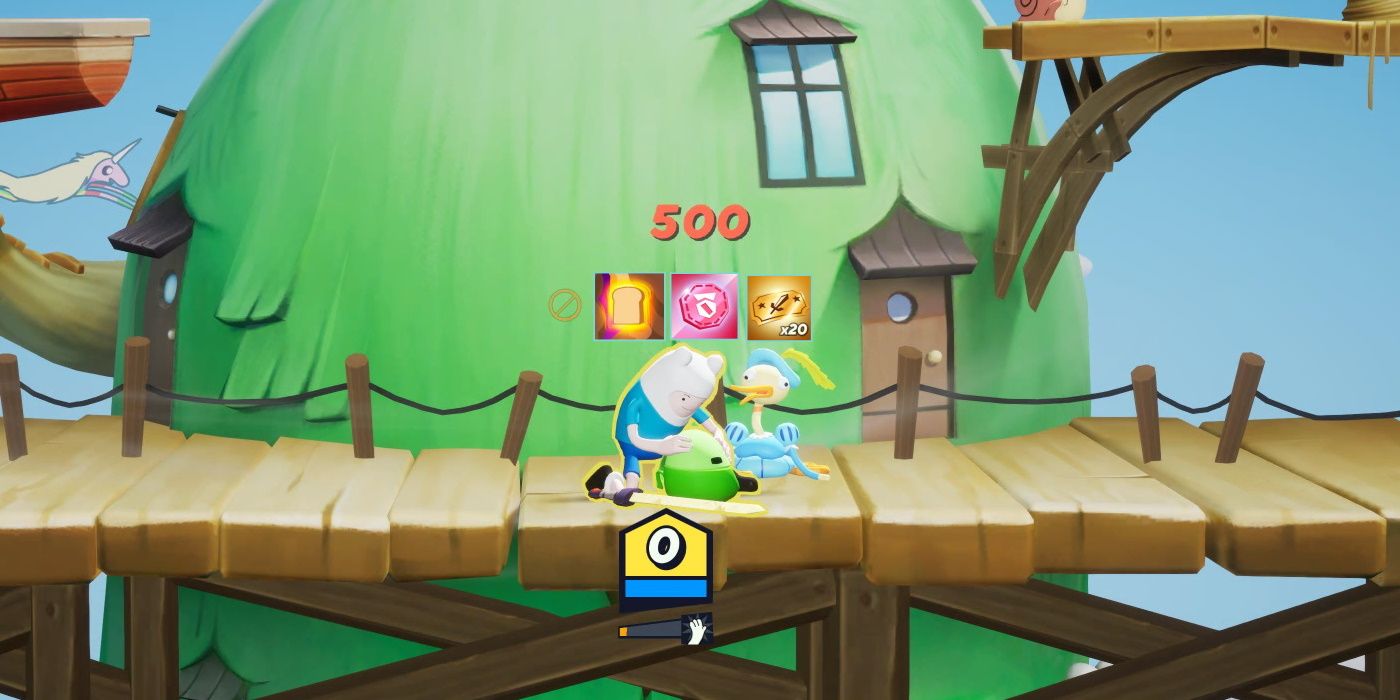 The most significant, and therefore most valuable, aspects of each pack are the Gleamium and the character tokens. The character tokens grant you instant access to the roster while freeing up your gold. Not having to save your gold for characters will allow you to invest in traits earlier than the free-to-play only players. Characters can cost anywhere from 1500 gold to 3000 gold. So, you can imagine how much more of it you will have kicking around if you are given a whole bundle of character tokens.

Gleamium, on the other hand, gets you most of the really good stuff. That is the currency you will need to get your hands on the majority of the skins (referred to as "variants" in the game). It is also the currency you use to buy Battle Passes. After that, you have the battle passes. This is pretty self-explanatory. However, we can't say exactly how much they will cost. The battle pass that is currently available is purchasable for 300 Gleamium, but it is referred to as a "mini" battle pass in the game, which may imply that it is less expensive than the battle passes that will come in the future.

Everything else is just a bit of fun customization for fans who want to add a little personality to their profile. The banners are the backgrounds that appear behind your character before and after a match. The ringout effects are the animation that plays when you knock someone out of the playfield. Once again, these are all about flash, they don't have any effect on the gameplay itself.

What Do You Get In The Standard Founder's Pack? 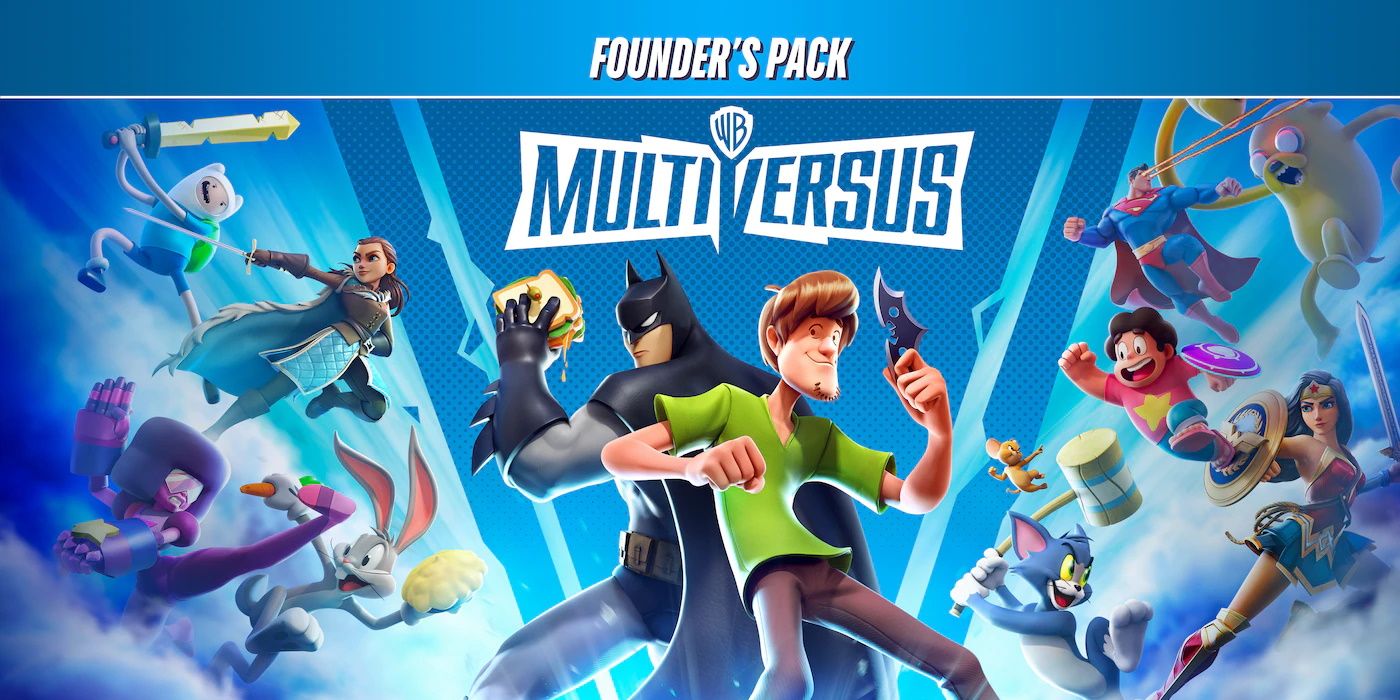 Costing a reasonable $39.99 USD, the Standard Founder's Pack is the best bet for people who don't want to grind to get all the characters and are willing to pay a little extra to forgo having to do so. While the 15 character tokens aren't enough to buy the entire roster, it gets you very, very close. For starters, Wonder Woman is given to you once you complete the training mode, so that leaves just one more character to unlock. The cheapest character costs 1500 gold, which is an amount that you will very quickly accumulate once you get playing the game.

This pass also comes with 300 Gleamium , which is just enough to buy the mini battle pass that is currently running. However, it won't get you much more than that. The cheapest costume you can buy outright costs 500 Gleamium. So, it is fair to say that the Standard Founder's Pack will, essentially, get you the entire character roster as well as the first battle pass. Basically, it costs you about two-thirds of the cost of a standard game and provides you with all the content in the base game with the exception of the skins and some extra faff.

What Do You Get In The Deluxe Founder's Pack? 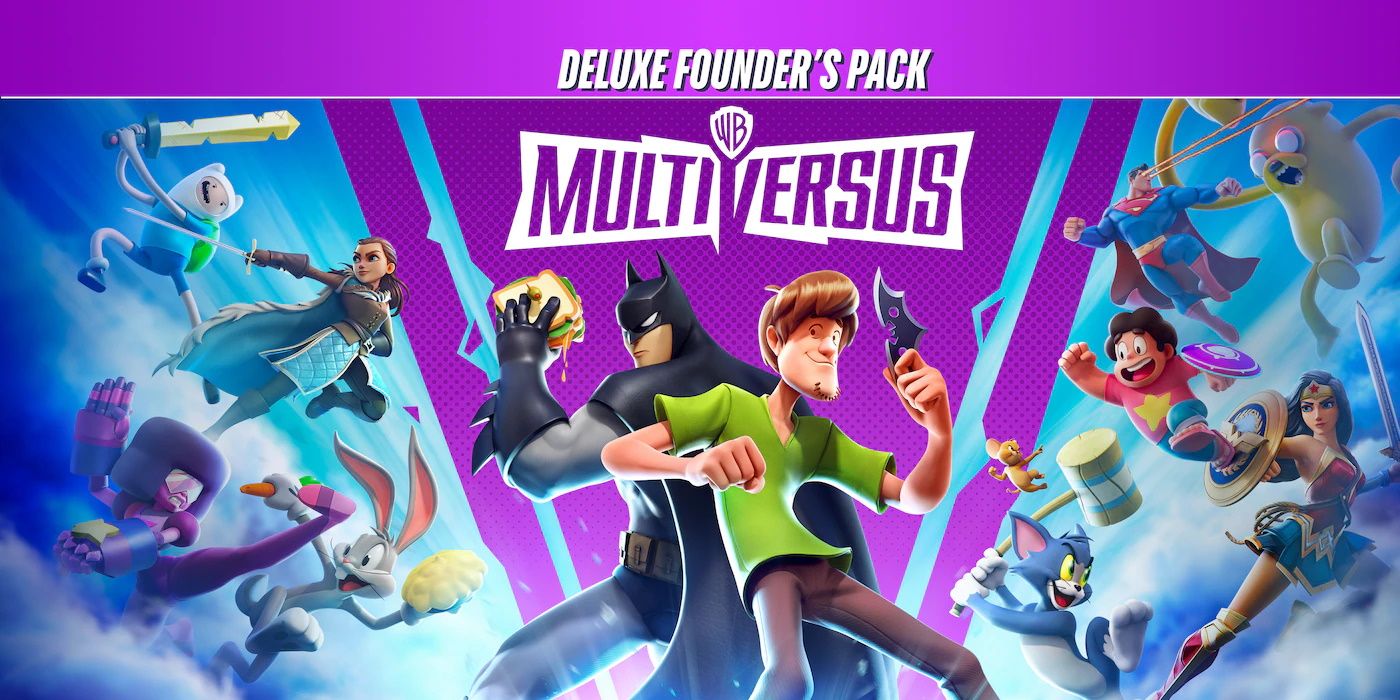 The Deluxe Founder's Pack is the classic in-betweener option. It does get a premium ring-out effect: which is fun. It also gets a battle pass and enough Gleamium to grab a mid-tier costume, or two cheap costumes, or a cheap costume and the current mini-battle pass. And, of course, this pack gets you every character currently in the game, with four bonus tokens left for future characters (as you don't need to use a token to unlock Wonder Woman).

Coming in at $59.99 USD, The Deluxe Founder's Pack costs $20 more than the Standard Founder's Pass. You are receiving about $10 worth of Gleamium, and the Battle Pass is worth somewhere in the neighborhood of $5. So, the only question that remains is if the banners, ringout animation, and five extra character tokens are worth $5 to you.

What Do You Get In The Premium Founder's Pack? 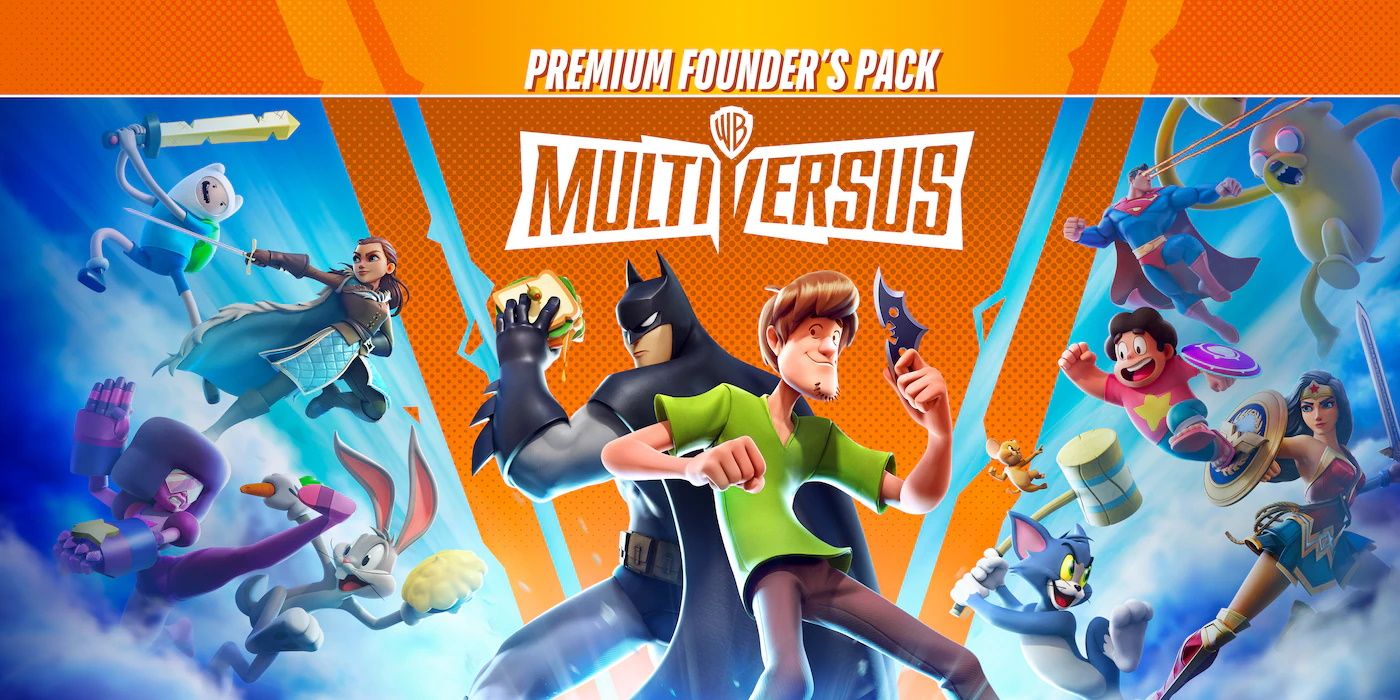 Clocking in at around $99.99 USD, the Premium Founder's Pack is the most expensive of the bunch and provides a ton of little goodies and knickknacks. You get enough character tokens to unlock every single character currently in the game, plus an additional 14 characters that have yet to be added. You also get about $25 in Gleamium. That amount of Gleamium could buy you one of the most expensive alternate costumes as well as the first battle pass. Not too shabby.

Plus, three battle passes are worth around an additional $15 in value (roughly). The banners, as seen above, are all oddly toast-based. Which is maybe your thing? You do get a pretty fancy ring-out effect. With the Premium Founder's Pass you obviously gain access to all the content from the other, lesser, Founder's Packs as well. At the end of the day, the premium Founder's Pack really seems like it is geared toward people who want all the flash. Also, if you want to flex on people, the unique font you can apply to your name will let everyone know that you shelled out the hundred bones on this badboy. So there is that, as well.

Is It Worth Shelling Out For A Founder's Pass? 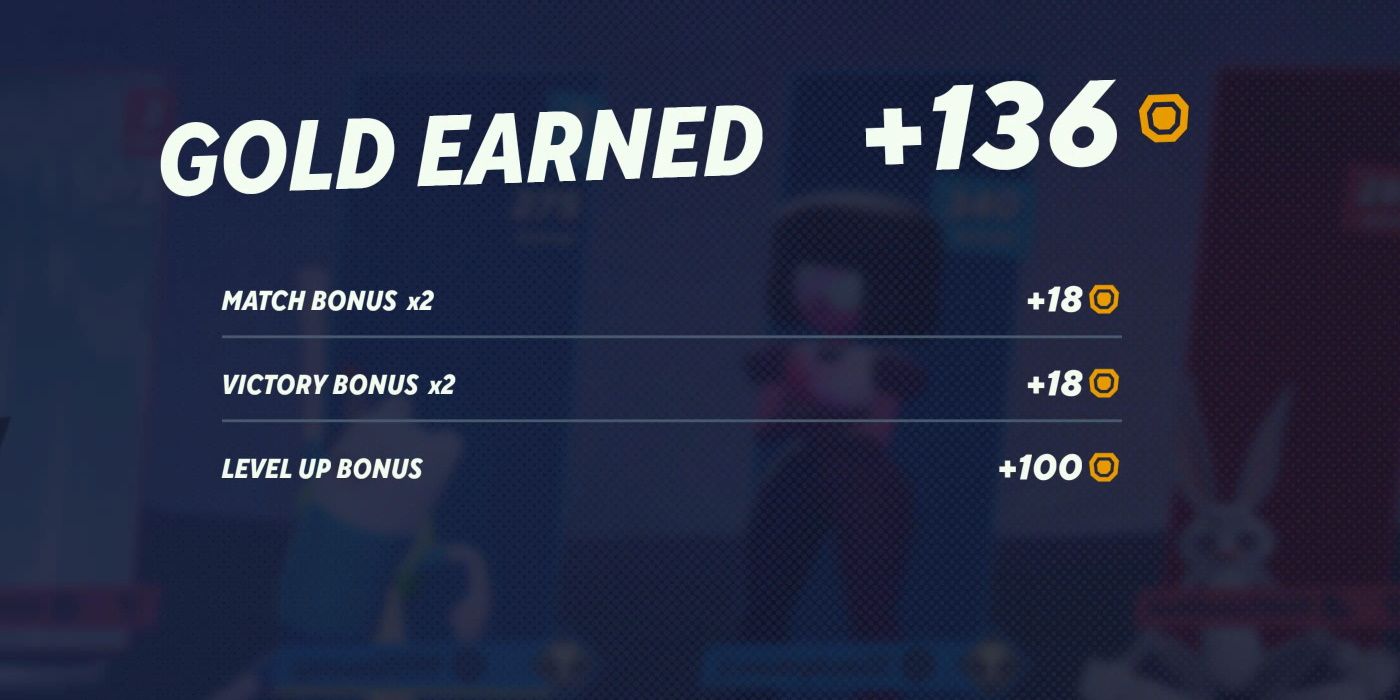 Ultimately, this is all going to come down to how you plan to interact with the game. Leveling characters gives you an additional way to earn gold, and you gain 18 gold per win in MultiVersus (9 for playing a match, and 9 for winning). You also get a lump sum of gold for winning your first match of the day. So, if you are thinking that you are going to be playing MultiVersus on the regular, then you will probably come by a fair amount of gold, at least if the economy stays the way it currently is. We have no doubt in our minds that you will be able to unlock the entire cast of characters relatively quickly by just playing daily.