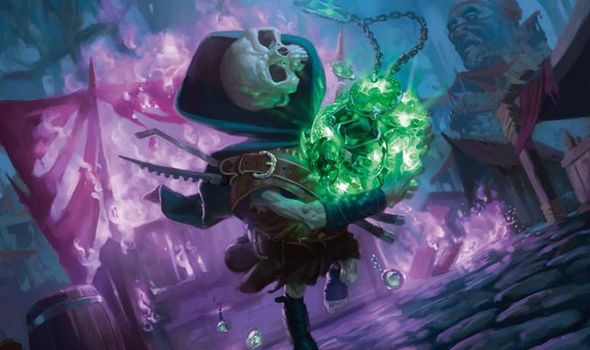 The good news is that the MTG Arena Jumpstart release is now live and introduces more than 100 new cards to the Historic card pool.

The bad news is that other areas of Magic: The Gathering may see an MTG Jumpstart delay.

This was announced this week by Wizards of the Coast, who revealed that the ongoing global issues have had a big impact on distribution.

“Due to complications related to COVID-19, we are facing further delays with regards to the availability of Jumpstart product outside of North America,” WoC confirmed in June.

“This includes the packs intended for the Core Set 2021 Buy-a-Box promotion. As of now, we do not have a new release date to share, but we will be sure to communicate it as information becomes available.

“Jumpstart’s release in North America is currently on track for July 17. Players and stores in Europe, Asia-Pacific, Latin America, and Japan might notice some delays, but retailers in those regions can sell Jumpstart as soon as it arrives in their stores after July 17. We expect a rolling release schedule outside of North America.

“Thank you for your patience and understanding in these very challenging times.”

This means that some places will have MTG Jumpstart in stock, while others will focus on a rolling release date, based on region supply. It was confirmed earlier this week that Australia & New Zealand would see Jumpstart launches in August.

That means some people will be waiting around a little longer for access to the new set for Magic: The Gathering.

MTG Arena’s Jumpstart update has arrived though, and that should be available to most people around the world.

Players are now free to test the new format free from Nexus of Fate and a powered down Gruul Aggro.

More cards will be added to MTG Arena in the future, with a full description of this week’s update listed below:

“Jumpstart introduces some classic cards from Magic’s past that are widely played in other formats.

“For example, Explore is being included in the latest Field of the Dead builds in addition to Growth Spiral (we know how powerful that card is by now). Chromatic Sphere will be a useful mana fixer, artifact synergy enabler and value card that will be included in many decks going forward.

“Historic is getting close to having some fast combo decks involving artifacts, and some already exist in the form of Kethis, the Hidden Hand, Underworld Breach and Song of Creation.

“There are more powerful role players that are introduced in Jumpstart that will make existing archetypes even more powerful and may allow them to compete among the best decks. Many veteran Magic players will know these cards have made an impact in their respective formats.

“Creature-based decks, especially ones based on tribal synergies, are continued to be well-supported in Historic.

“Combined with the new cards from Historic Anthology and Core Set 2021, Goblins, Elves, Spirits and Vampires will look to break through and take over Gruul Aggro as the best aggressive decks.

“Unfortunately, recent Magic expansions have introduced some very powerful cards (I’m looking at you, Uro and Teferi), which may overshadow a lot of these great cards.”