One thing that sets Monster Sanctuary apart from other monster-collecting games is the possibility of training any of your monsters to make it work regardless of how far you are into the game. This means that, in theory, any team composition should work, even for the most challenging enemies.

This extensive customization makes it hard to pinpoint the perfect monster comp to win every duel. However, that doesn't mean you can't prepare before specific encounters. Keep reading to learn how to defeat Mad Lord in Monster Sanctuary.

Who Is The Mad Lord 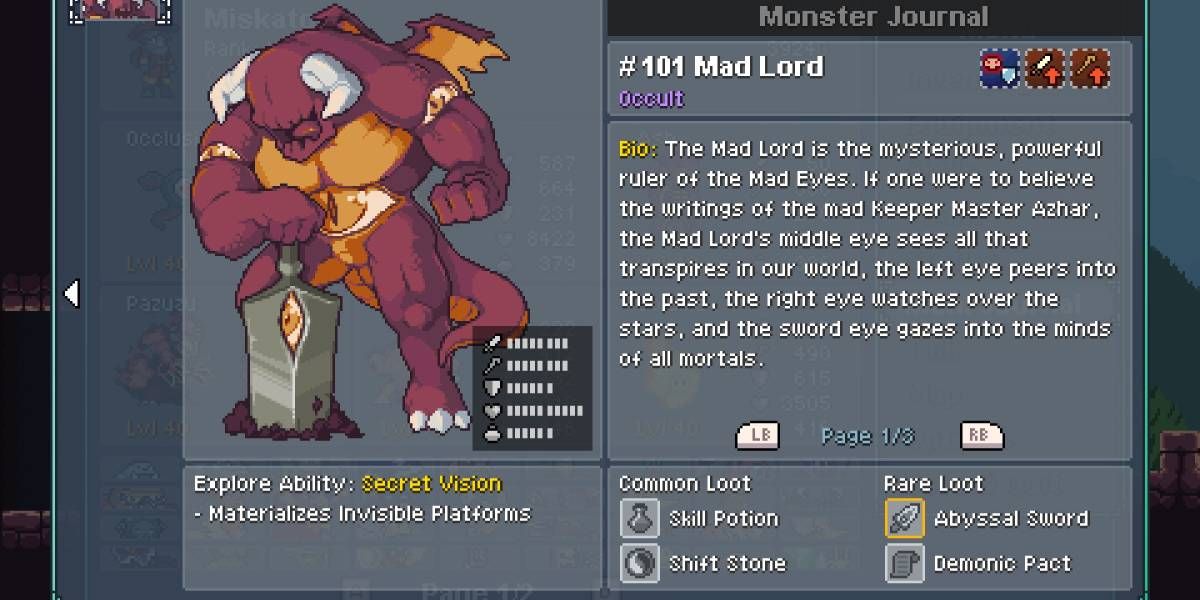 Once you arrive in the Abandoned Tower, you will need to battle all the members of the Alchemists as well as their leader, Marduk (who was pretending to be Eric all this time).

After defeating Marduk, the actual final boss in the game, the Mad Lord, will emerge from his body.

The Mad Lord drops a Demonic Pact catalyst instead of an egg. You can later use this item at the Tree of Evolution to evolve any Mad Eye into a Mad Lord.

How To Defeat The Mad Lord 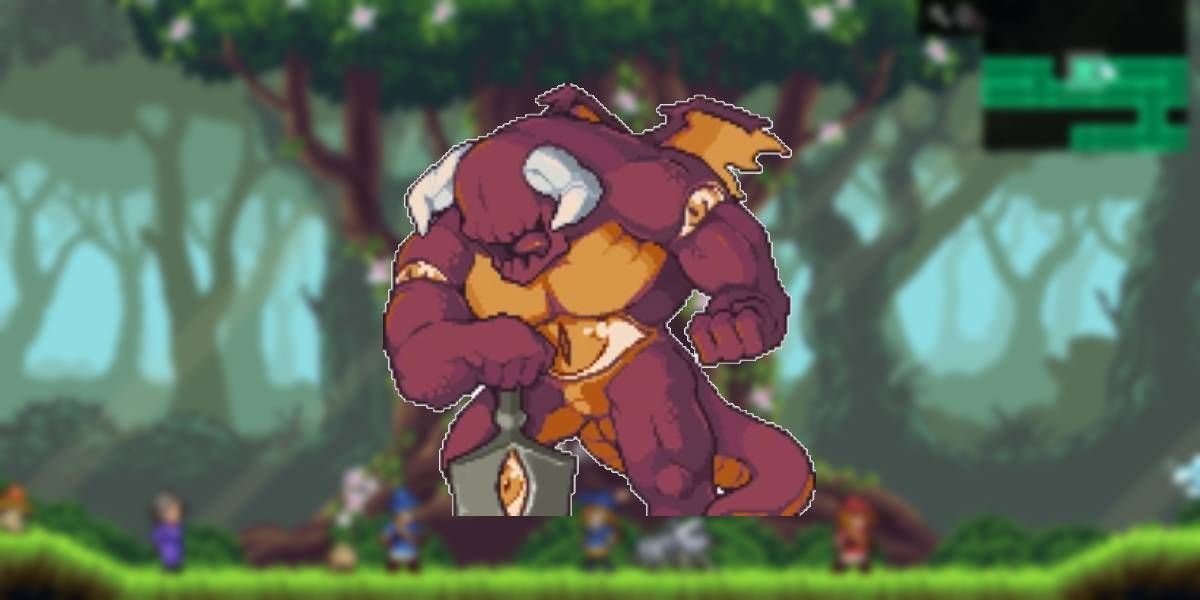 The Mad Lord is a champion monster, and he is no joke. Not only does this monster have incredible stats, but he is resistant to debuffs, which will most likely challenge you into playing the game with a completely different strategy than the one you have been using up to this point.

There are a few things you should keep in mind when selecting the team that's gonna fight the Mad Lord. For example, this monster is weak against Physical and Magical Attacks, and you should use monsters that can apply passives such as bleed or blind.

Also, take your time to understand your monsters and build a team with synergy. Understanding this game's dynamics will get you further than just leveling up and out-leveling enemies.

Moreover, don't expect to use six monsters during this fight, as you would typically do with Keeper Duels. Since Mad Lord is a champion monster, you will only be able to fight him using three monsters.

Losing to the Mad Lord will force you to start over and duel Marduk again. That's why we recommend focusing on winning this battle instead of trying to get five or six stars in this fight (you can always re-challenge him later in the Keeper's Tower after this fight). 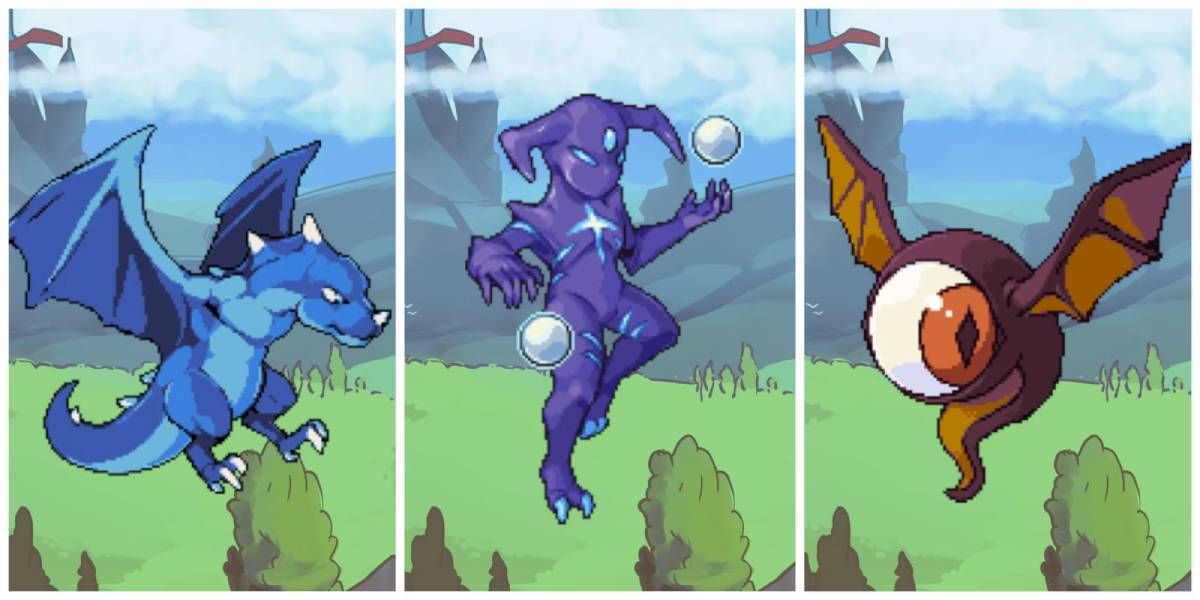 While the best team comps will hugely depend on each player's preferences, here are two suggested compositions you can try out if you keep getting obliterated by Mad Lord.

With this comp, you have access to the Fire Shield skill (which shields your team from attacks while also applying a burn debuff on your enemies) thanks to Magmapillar. Moving on, Catzerker is there to work as the primary physical damage dealer, thanks to its Longlash skill (which not only damages the enemy but applies Bleed with a Critical Hit). Finally, you have Caraglow, which will be your team healer thanks to its Restore skill which not only heals your monsters but removes debuffs.

Sutsune is a monster with pretty good stats. You can take advantage of the Bleed Out unique aura in its dark form, which won't remove bleed stacks on enemies when they take bleed damage. Sutsune can also Mass Restore, which will heal your whole party while removing a debuff.

With this comp, you will also have access to Arachlich, which works as a second healer thanks to its Encapsulate skill (which heals and shields simultaneously). Moreover, if you use a Dark Arachlich, you will get an increased 20 percent in damage if you need it.

Finally, Spectral Wolf will be the bleed dealer of this comp thanks to its Ice Spears skill. This skill damages your enemies and can apply Bleed with a critical hit. If you use a Dark Spectral Wolf, you will get access to Assault Shield, a shift passive that increases the chance of a critical hit by 7 percent.

The strategy with this comp is to stall as much as possible after applying Bleed to Mad Lord so he'll die from the passive. That's why you have two healers (Arachlich and Sutsune) and one monster that can apply bleed (Spectral Wolf).