Monster Hunter Rise Sunbreak introduced its first major update, and with it, new monsters, equipment, mechanics, and gear. With four new monsters and more coming in future updates, hunting has never been more exciting, with new challenges that will give a hard time to both veterans and newcomers alike.

A welcome return from Monster Hunter 3 Ultimate is the legendary Lucent Nargacuga. This Rare Species will make you sweat in combat by becoming invisible and sneaking up on you, striking when you less expect it with its venomous attacks. 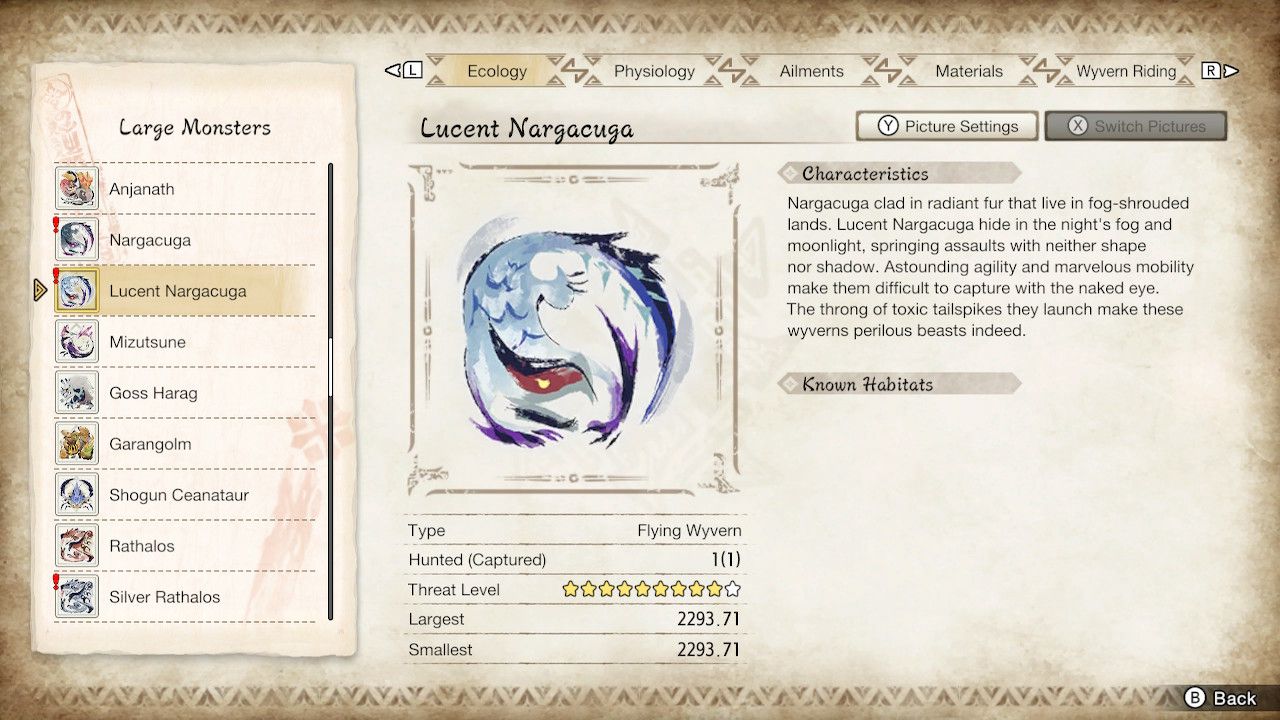 Lucent Nargacuga is particularly hard to hit on its wings and legs, which are by far the most accessible areas to hit, so you may want to target the tail or the head depending on which type of damage are you bringing to the combat (either Slashing or Bludgeoning weapons do great damage). On the Elemental and Status side, this monster is completely immune to Poison and particularly resistant to the other ailments, so Status sets are null for this battle. However, it is also very weak against Ice and Blast, so you can employ either or both elements against this foe. 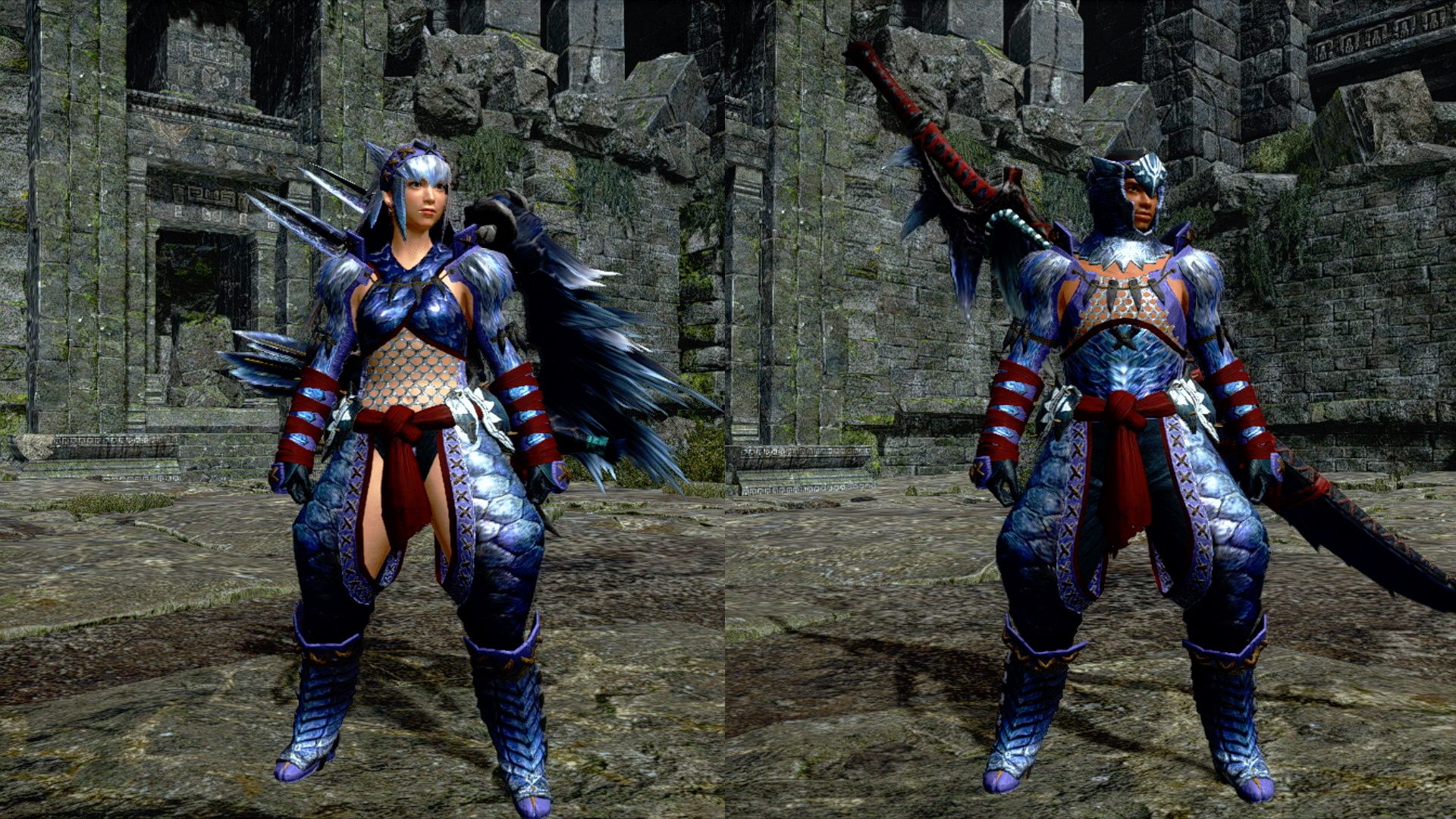 To properly win against this foe, you need to take into account its weaknesses and resistances. First off, disregard any status ailment build and go for either high-affinity weapons or elemental ones with advantage. Your best options are either normal Nargacuga weapons like the Avidya Scythe or the Avidya Blades, or the always useful Blizzard and Blaze, Teostra's Dual Blades, capable of inflicting both Ice and Blast elemental damage.

On the defensive side, honestly, anything with endgame defense will do perfectly and it's just a matter of tailoring the set to your own preferences, but if you want to not pay attention to any possible bother, you should prioritize having the Antidote skill maxed out so the Poison doesn't affect you, and Steadfast in case you want to avoid being stunned. 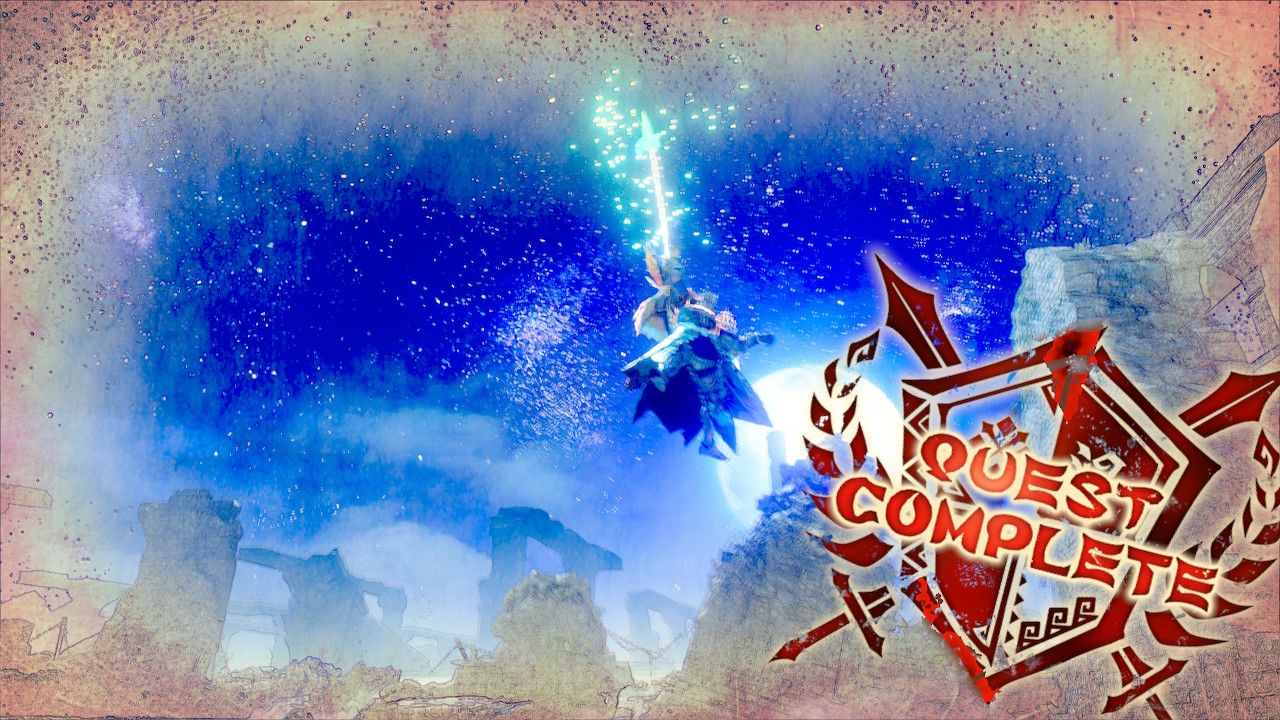 First things first. If you thought you knew everything about Nargacuga, just stop. No, seriously. This beauty of a feline monster will tear you apart the second you get overconfident, so keep in mind to proceed carefully. Lucent Nargacuga's particular gimmick is that it'll become invisible whenever it wants, and since its speed is something to take into account you may end up in the wrong place at the wrong moment.

However, this monster has a tell that will help you to identify it in battle, and that is its eyes. The only part that doesn't become invisible are those shiny red eyes, and you must be attentive and keep track of them as much as you can. This will help you to spot it even in the direst situation, allowing you to reposition to a more comfortable place, or get out of its way if needed. Once you got your bearings, you still have to mind its swift movements, and on that front you will see more violent versions of classic Nargacuga moves, like its tail swipes or jump attacks but with that vanishing twist. One of its strongest moves is a wild tail whip right after a disappearing act, and while it's easily avoidable, it will probably get you if you're unaware of what's going on.

Two new things to be afraid of are its tornado attacks and a raining array of poisonous spikes. At several points during combat, Lucent Nargacuga will do an aggressive spinning attack emulating a tornado and hitting you with slashing attacks, but fortunately, it's pretty easy to move out of the way if you're fast enough. Another new movement will involve its spikes, where the monster will make these projectiles rain in a poisonous circle, not only inflicting you that ailment the moment they touch you, but also if you stand in the landing zone. Avoid at all costs by spotting the place where they'll land before they do, or it'll cost you.

Other than that, you must generally pay attention to Lucent Nargacuga's movements and mind your surroundings, and the fight will be easier with time. Remember that a Rare Species doesn't count as an Elder Dragon even if the difficulty is similar, so you can safely capture this beast the moment the corresponding blue icon appears. 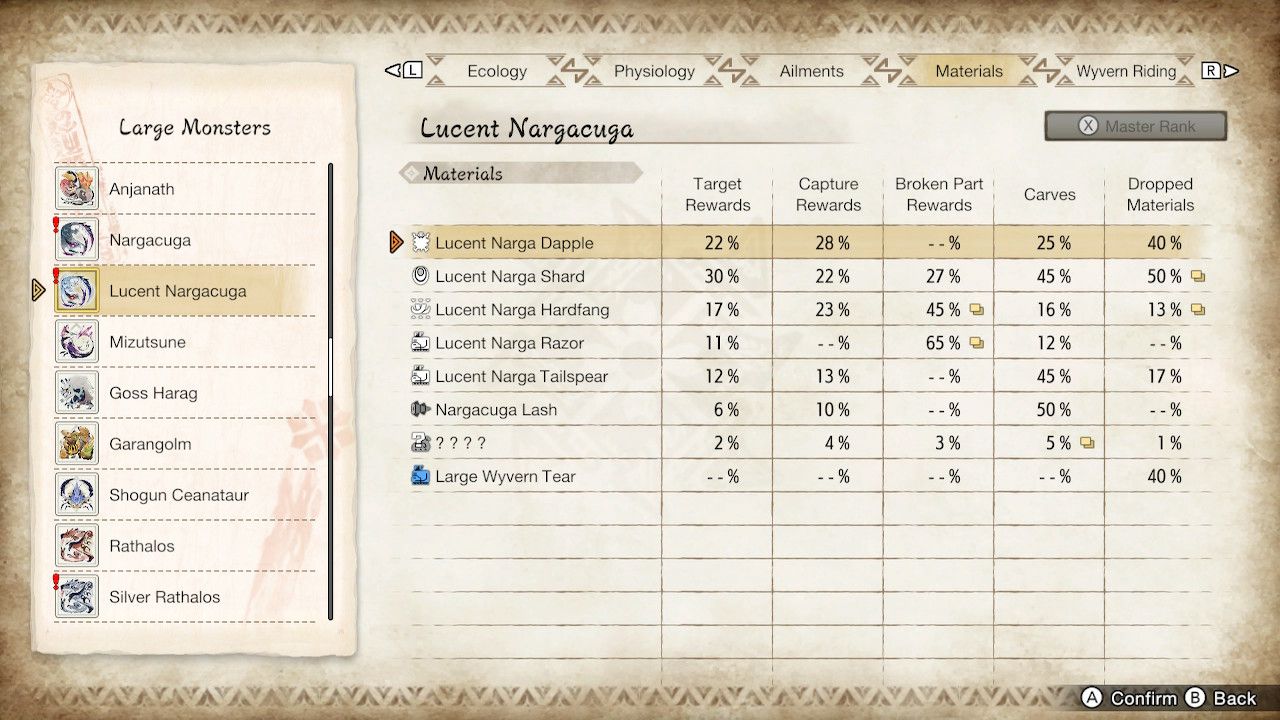 Lucent Nargacuga will drop the following items after having its parts broken or being defeated in battle: