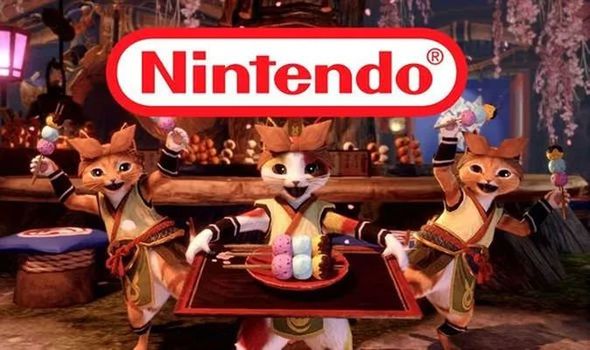 It won’t be long before Nintendo Switch gamers are back to slaying giant beasts as part of the Monster Hunter Rise Demo 2 release date.

Confirmed as launching in the next 24-hours for fans on the handheld console, we know that there will be plenty of new content to explore.

Demo Version 2 is being released just a few weeks before the final game is launched on the Nintendo eShop, and it will provide another chance for gamers to prep for what’s coming next.

And from what has been shared so far, Monster Hunter fans will be able to update the most recent Rise Demo, or download the new one very soon.

WHAT IS THE MONSTER HUNTER RISE DEMO 2 RELEASE TIME?

According to the latest reports, the Monster Hunter Rise Demo 2 release time has been scheduled for March 12 in Europe and March 11 in North America.

This means that while we don’t have a set time to expect the new demo to become playable, we do know it has to become available between 4pm PDT and 11pm PDT.

For gamers in the UK, this will mean checking the Nintendo eShop and the updated game files from 1am GMT to 8am GMT, on Friday, March 12.

Due to the timing, it should be noted that the Monster Hunter Rise Demo might not be available to download until later in the UK, with the limit being set for 8am GMT.

The new Monster Hunter Rise Demo 2 is set to offer refresh content and plenty of hack n slash, although some of it will be limited.

To enjoy the free demo of Monster Hunter Rise for Nintendo Switch, you will need a Nintendo Account in order to access the Nintendo eShop, and 1.8GB (Update data: 0.2GB) of free space on your Nintendo Switch or your microSD card to download the demo.

According to Capcom, up to four players can play the demo in Local or Online Multiplayer, as long as each player downloads the demo.

And in order to use Online Multiplayer, a Nintendo Switch Online membership is required, meaning that some features might be limited depending on what subscriptions you own.

There will also be gameplay limitation in place during the demo, including not being able to carry over save data to the final version.

Capcom has also warned fans that they will only be able to play the quests to slay Great Izuchi, Mizutsune, or Magnamalo up to 30 times.

Once you run out of remaining tries, all five quest types, including the Basic Training Quest and the Wyvern Riding Training Quest, will become unavailable.

A total of five quests will be available to complete as part of the trial, with Capcom outlining what will be possible in March.

The New Advanced Quest will feature Slaying Magnamalo – “The new Magnamalo quest is an Advanced difficulty quest, tailor-made for the demo.”

“You’ll have to fight it with fixed equipment, making it even tougher than normal, so only the confident need apply!”

The new Beginner Quest will feature slaying a Great Izuchi: “Perfect for your first hunt. Try out the various weapon types and their unique Wirebug actions.”

The Intermediate Quest will include slaying Mizutsune: “Test your skills and learn new techniques against a more dangerous foe!”

The Tutorial will feature a Basic Training Quest that will be Single Player Only and will include Learning how to ride your Palamute and use the Wirebug.

There will also be Wyvern Riding Training Quest limited to Single Player Only.