There was a time when every game had to have some kind of binary morality system. During the PS3 era, the pinnacle of player choice was being able to decide if you wanted your character to be good or evil. While some games implemented it better than others, the vast majority of these karma systems boiled down to choosing one option or the other and sticking with it through the whole game. InFamous, Fable, Mass Effect, BioShock, KOTOR, and Metro all have slightly different approaches to choice-based morality, but the way you engage with them is all the same: first you pick all the ‘good’ options, then you replay the game and pick all the ‘evil’ options. You might get different powers along the way, hear different dialogue, and if you’re lucky, see a different ending, but any game that promised to shape the story around your choices was, almost invariably, lying. These traditional binary morality systems fell largely out of fashion in recent years, and for good reason.

I was not enthused to find Marvel’s Midnight Suns uses one of these traditional karma systems. At first blush, it's exactly what you’d expect from the dark ages of role-playing games. When speaking to other characters, you’re occasionally asked to choose between the ‘Light’ dialogue option and the ‘Dark’ dialogue option, with whatever choice you make adjusting your karma meter one point in either direction. As you hit break points on your karma meter you’ll unlock new abilities, outfits, and perks, and you’ll need to play the game twice if you want to see the other side. There is one unique aspect to the system in that the abilities you use in combat – whether they’re Light, Dark, or neutral ‘Power’ abilities, will also impact your karma meter. Other than that though, it’s just like the morality systems of yore: do one playthrough focused on building Light, then play the game again and focus on Dark. This has always been an ineffective way to encourage replayability to me, and at first, that’s exactly how I felt about Midnight Suns.

It was only once I started engaging with Midnight Sun’s other dialogue system, friendship levels, that I discovered the nuance of the karma system. Raising your karma meter to a full 200 percent in either direction by the end of the game is important if you want to access some of your character’s strongest abilities, but it should be lower on your list of priorities than earning friendship levels with your heroes, which in-turn unlocks all of their strongest abilities. The interplay between these systems creates interesting choices and considerations in almost every conversation you have.

Your dialogue choices don’t just impact your own morality, they also impact how the other characters feel about you. Choosing a Light or Dark option when talking to someone will almost always increase or decrease your friendship rating with them simultaneously, but it's always context-sensitive. In other words, the Light option may raise or lower your friendship with someone, depending on the situation, and the same goes for the Dark option. 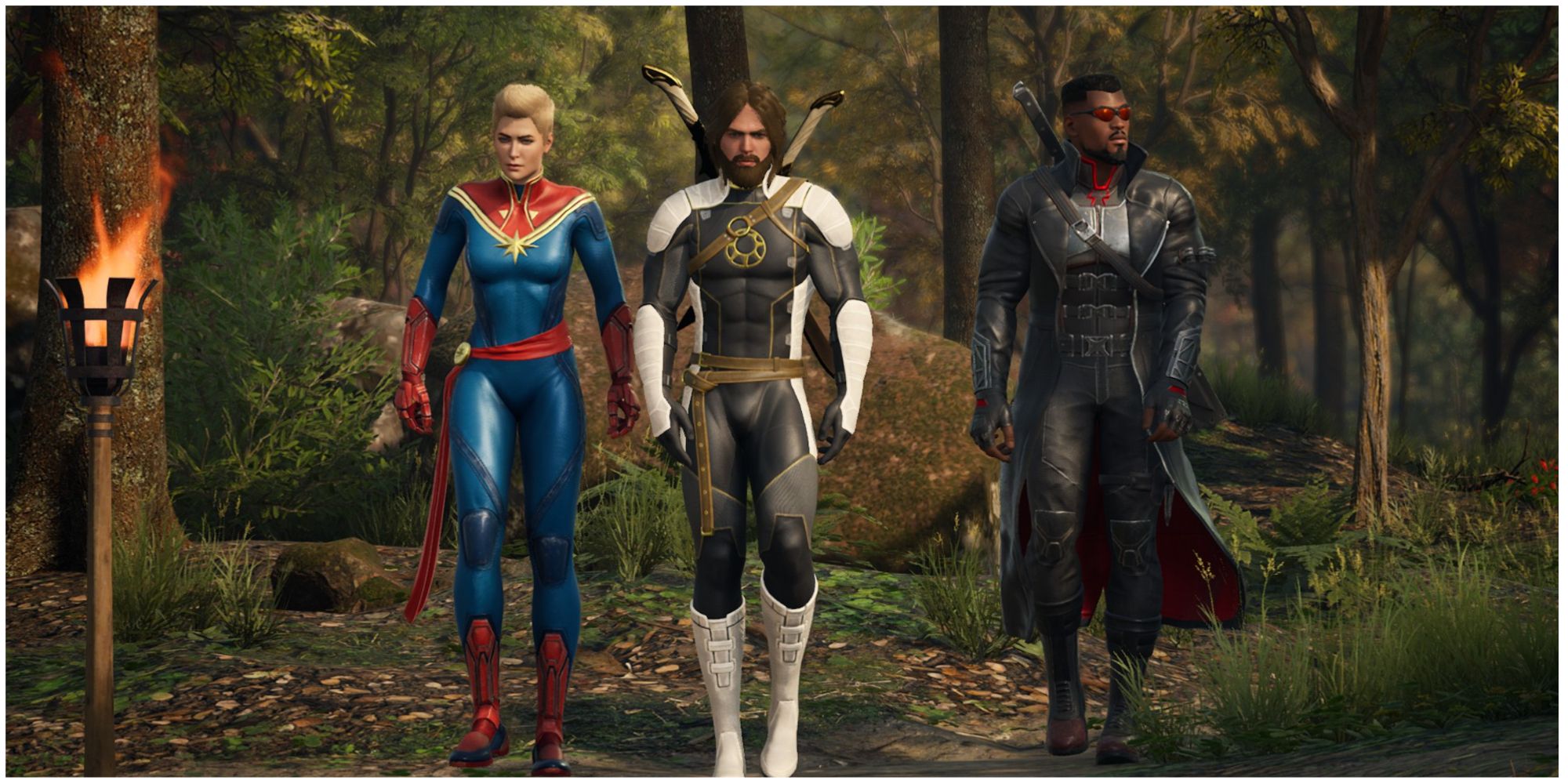 Light and Dark aren’t analogous to good and evil in Midnight Suns, rather, they’re more like sensibilities. Whereas Light is optimistic, thoughtful, and positive, Dark is more direct, unsympathetic, and focused on the bigger picture. If building relationships is a priority, how you respond should depend on who you’re talking to and what they’re going through.

Some characters naturally prefer certain kinds of responses. For the most part, Magik will always approve of Dark responses, because she appreciates and relates to blunt honesty and jagged personalities. On the flip side, goody-goodies like Captain America and Captain Marvel will bristle if you start talking about the fact that casualties are inevitable in war, or that you can’t have sympathy for your enemies because they don’t have sympathy for you. Knowing your audience is important.

But context is equally important. If Tony Stark is venting to you about a failed invention, telling him everyone makes mistakes isn’t going to go down right. You have to meet your teammates on their level and tell them what they need to hear sometimes. Being endlessly optimistic or perpetually dour is unnatural, and it will force others to distance themselves from you. The most inefficient (and not to mention, boring) way to play is to only select Light or Dark exclusively.

You will still max out whichever side you choose, even if you switch it up in dialogue often. The biggest boosts come from the combat abilities you use and ‘helper’ quests, which reward large sums of Light or Dark energy for answering simple questions, such as which side you would have chosen in Marvel’s Civil War. By overlapping the karma and friendship systems, Midnight Suns forces you to consider all of your dialogue choices carefully. Every choice you make shapes both your personality and your friendships, and since there’s no incentive to making everyone think you’re an asshole, it pays to choose well. As far as binary morality systems go, this might be the best one yet.