Metal: Hellsinger – How To Defeat The Red Judge Aspect In Yhelm

It’s time to be more aggressive than ever before with this particular boss fight. The Red Judge Aspect in Yhelm is one that likes to have a flying shield most of the time, so learning when to shoot and how will be key in order to achieve victory in Metal: Hellsinger.

Before it’s raining blood (or fireballs), here are a few tips that will let you keep your Fury meter charged and avoid this creature’s attacks. Grab your new gun, turn up the volume, and start (rhythmically) shooting that beast. That pitty shield won't be anything after this. 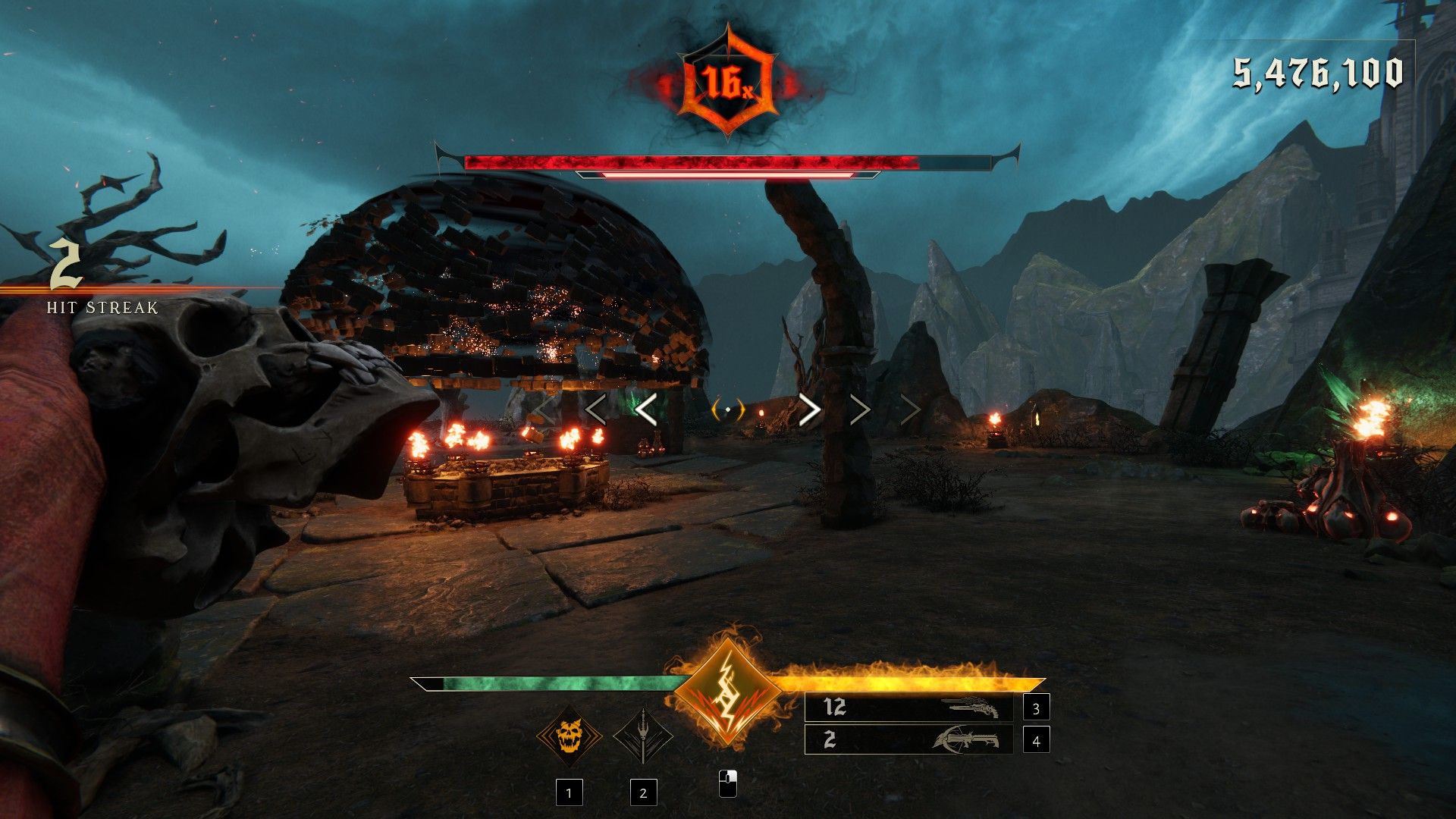 During your time in Yhelm, you’ll encounter two types of new enemies. Some ugly flying bugs that throw poison clouds, and an upgraded version of the Cambions (the dudes with cannons) that have shields. These are pretty annoying creatures since the poison clouds remain for a few seconds on the stage, and you have to get to the Cambion’s back to deal damage. The bugs can also move from one side to another, avoiding your shots, and the other creature's grenade can get you easily.

Pay attention to them since they’ll support the boss when it starts losing health. On the other hand, you’ll fight this aspect in a pretty big arena without any threat but the creatures themselves, so you’ll have plenty of space to avoid them. 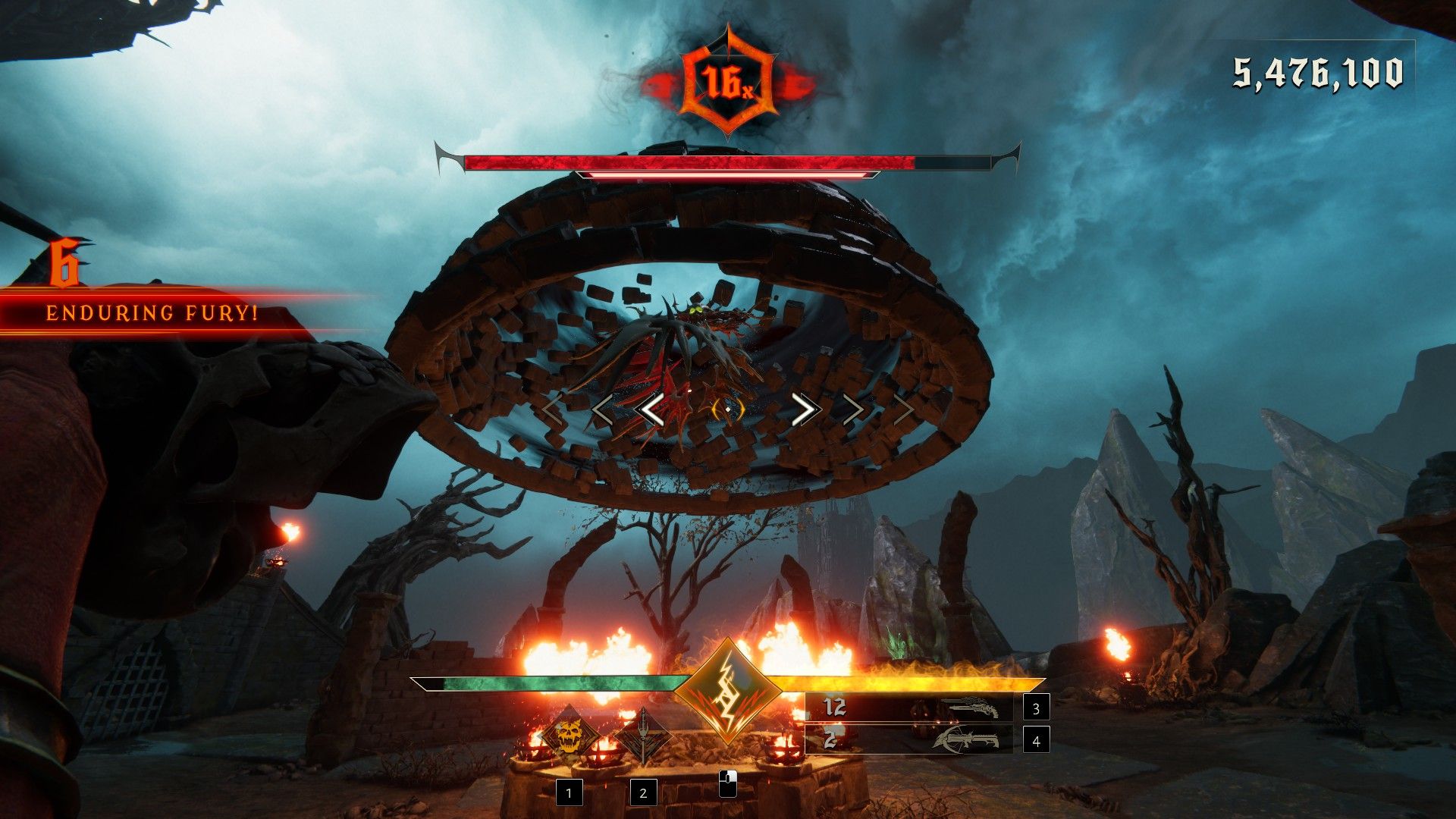 Speaking of the boss, this Red Judge Aspect has a shield made of rocks most of the time. This will, naturally, block all your attacks. The shield will change heights, with the move also moving up and down.

However, that’s not it. Like the previous aspects, the boss will throw projectiles. Most of the time they will go up to the sky and then descend. These work differently from regular fireballs because they remain on the ground for a few seconds before exploding. Plus, this aspect will also throw normal fireballs when it’s getting stunned. Lots of them, and they will normally fly towards your head. 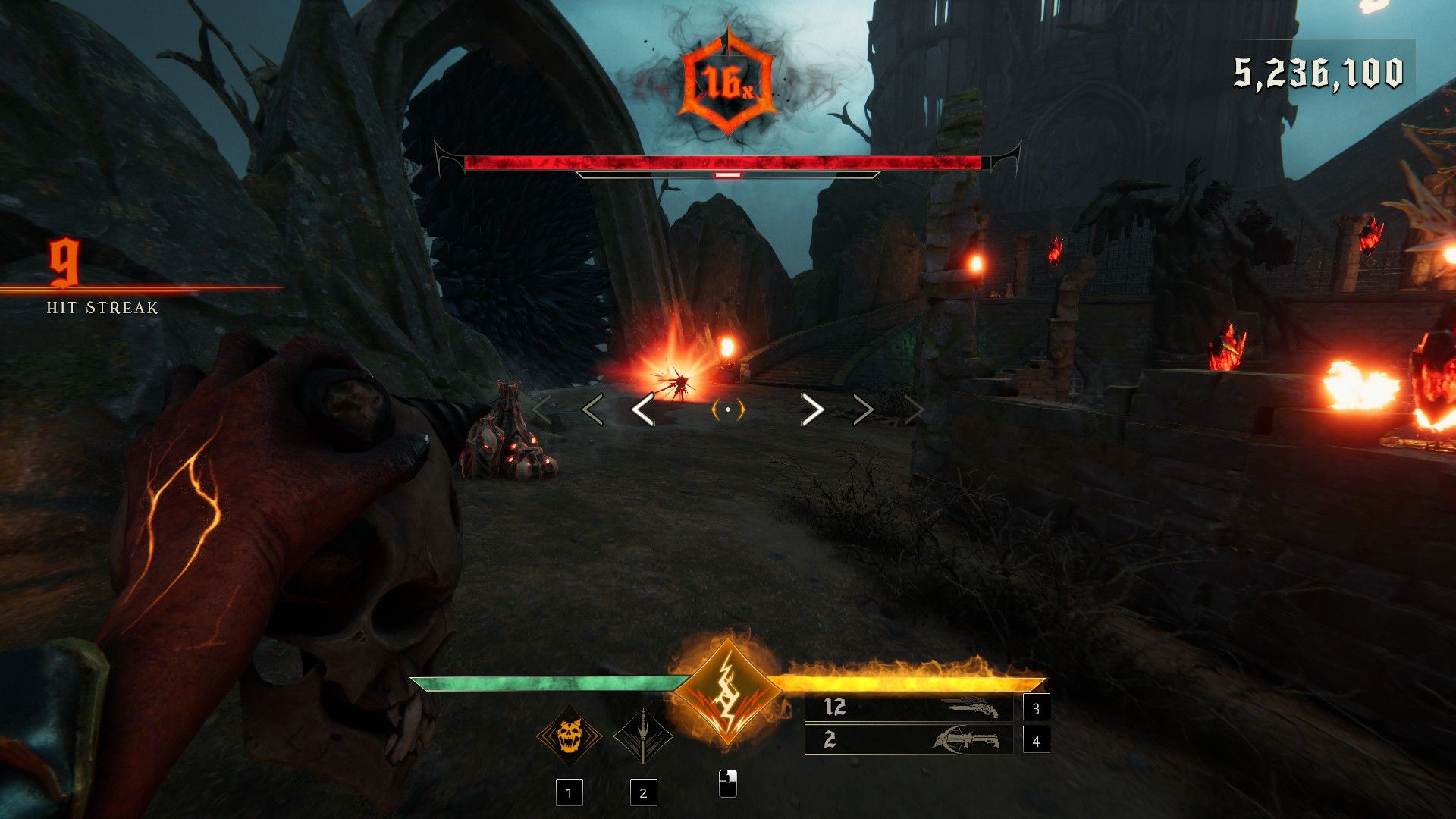 Finally, the Red Judge Aspect in Yhelm will create short and quick explosions from time to time if you get too close. This can be problematic when you need to come near the shield, but we’ll give you a few tips for this below.

How To Defeat The Boss In Yhelm 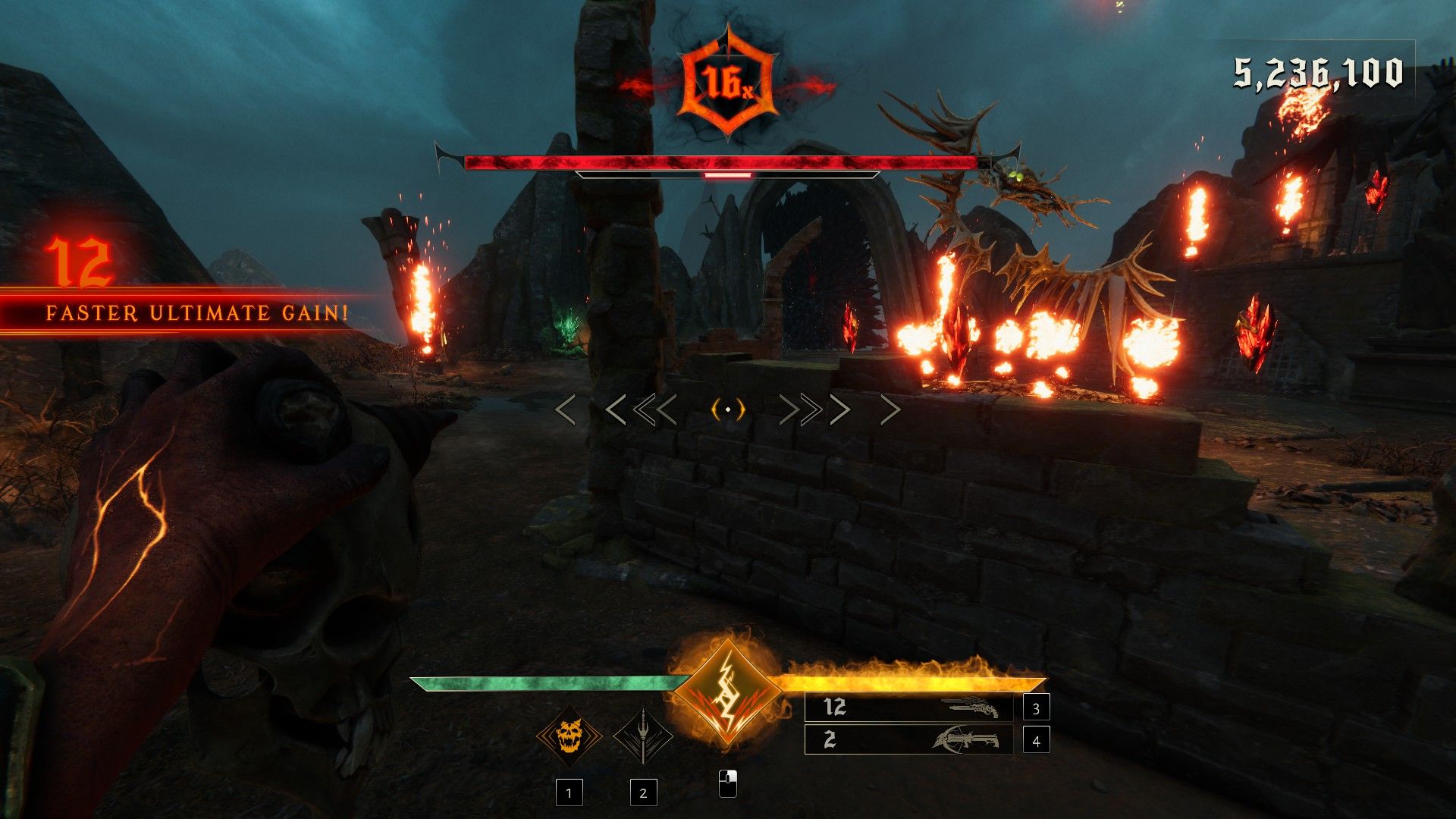 The first thing you should notice when entering the arena is that there are red crystals around the boss. Shoot them, even if the boss is shielded, because it will hurt the aspect thanks to the AoE damage.

After doing that, you’ll notice that there seems to be no way of attacking this creature unless you get under the shield and you start shooting it from there. Moving to that point will give you a few free hits, but it will also provoke the boss to explode, which will affect your Hit Streak and Fury meter.

The good news is that you can actually hit the enemy from a safer location. You just need to use your new weapon, the Vulcan (a crossbow). This diabolic gun creates explosions when hitting shot perfectly on beat at other surfaces. See the small circle with flames under the boss? That’s your sweet post for free damage without much worry. 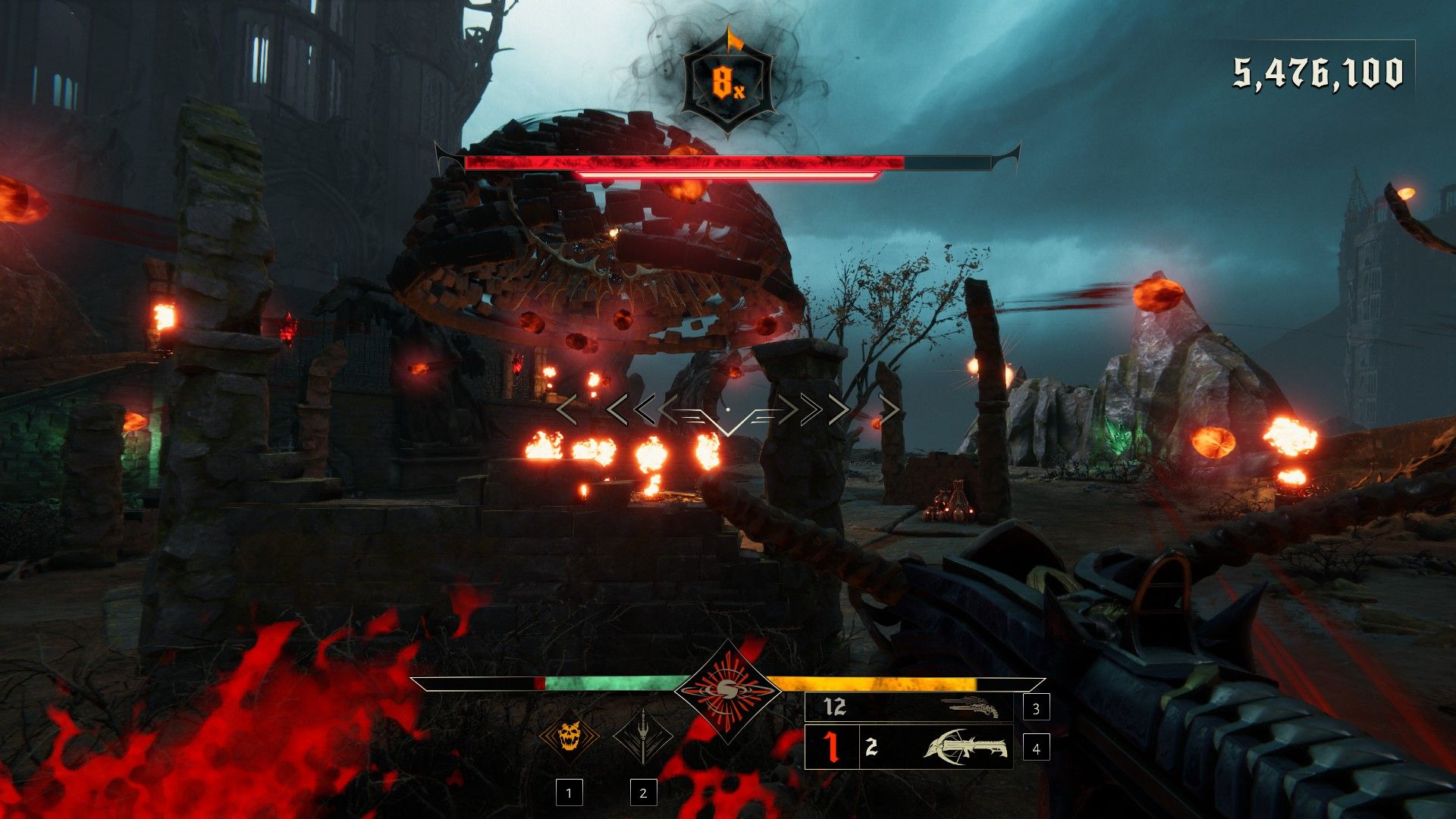 When the aspect goes up with its shield, now it’s a good moment to change to your double pistols, get a bit closer, and start shooting from below. You’ll have to avoid the projectiles by dashing to the sides, but there won’t be any explosions in your way.

If you’re losing too much health, don’t forget that one green crystal will heal your bar completely. You can also perform a Slaughter on a regular enemy when they are vulnerable. 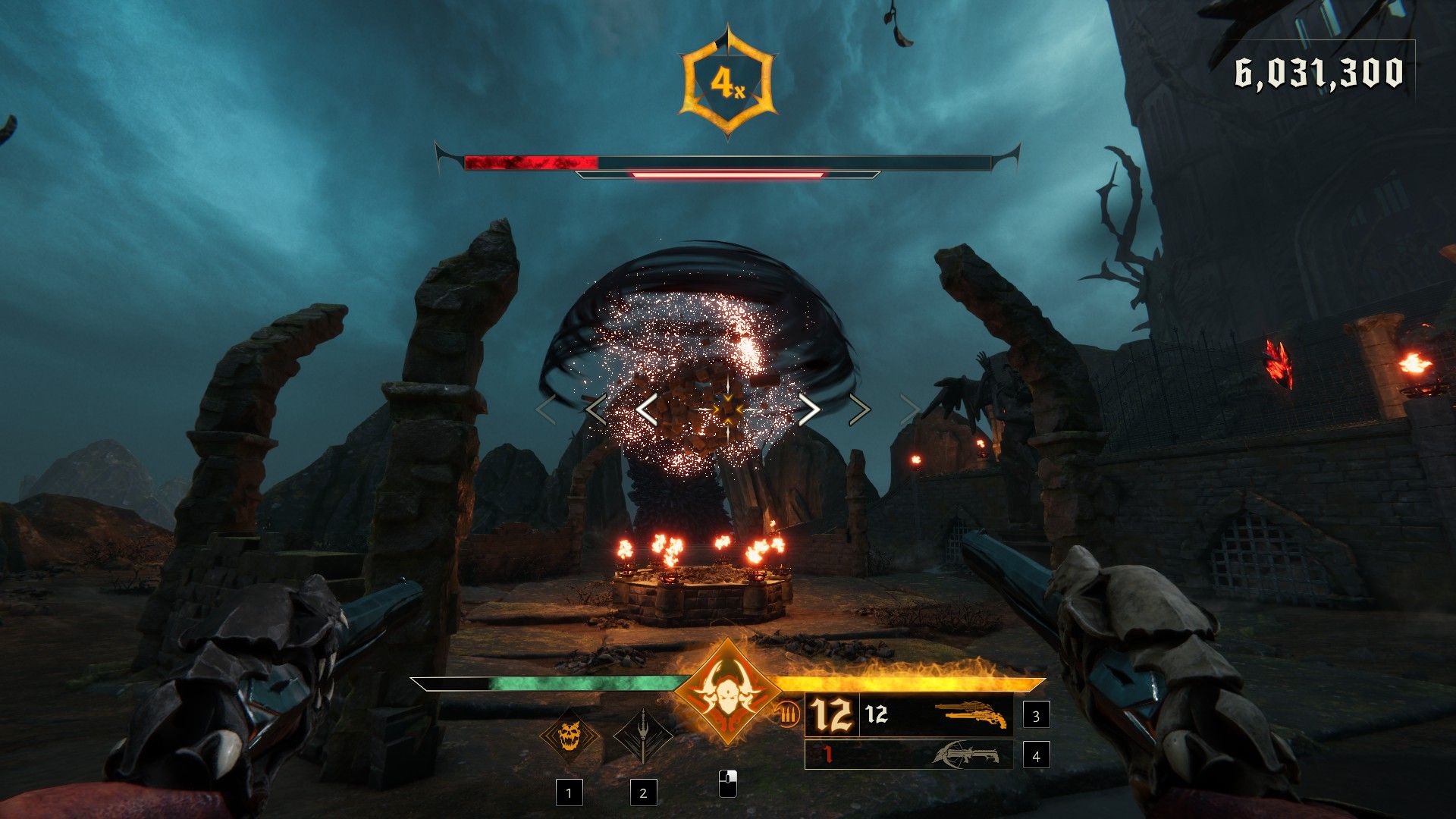 As for the multiple lines of projectiles when going frenzy, there are a couple of low walls that you can use as your personal shield from this attack. Just stick to them for a few seconds and everything will be fine.

Lastly, the boss can move up to one side of the arena, unshielded, and start throwing projectiles from one of its sides. There’s not much strategy here: just dash to the side you want, use your nearest wall, and keep attacking the enemy with The Hounds, which are the best weapon for the occasion. 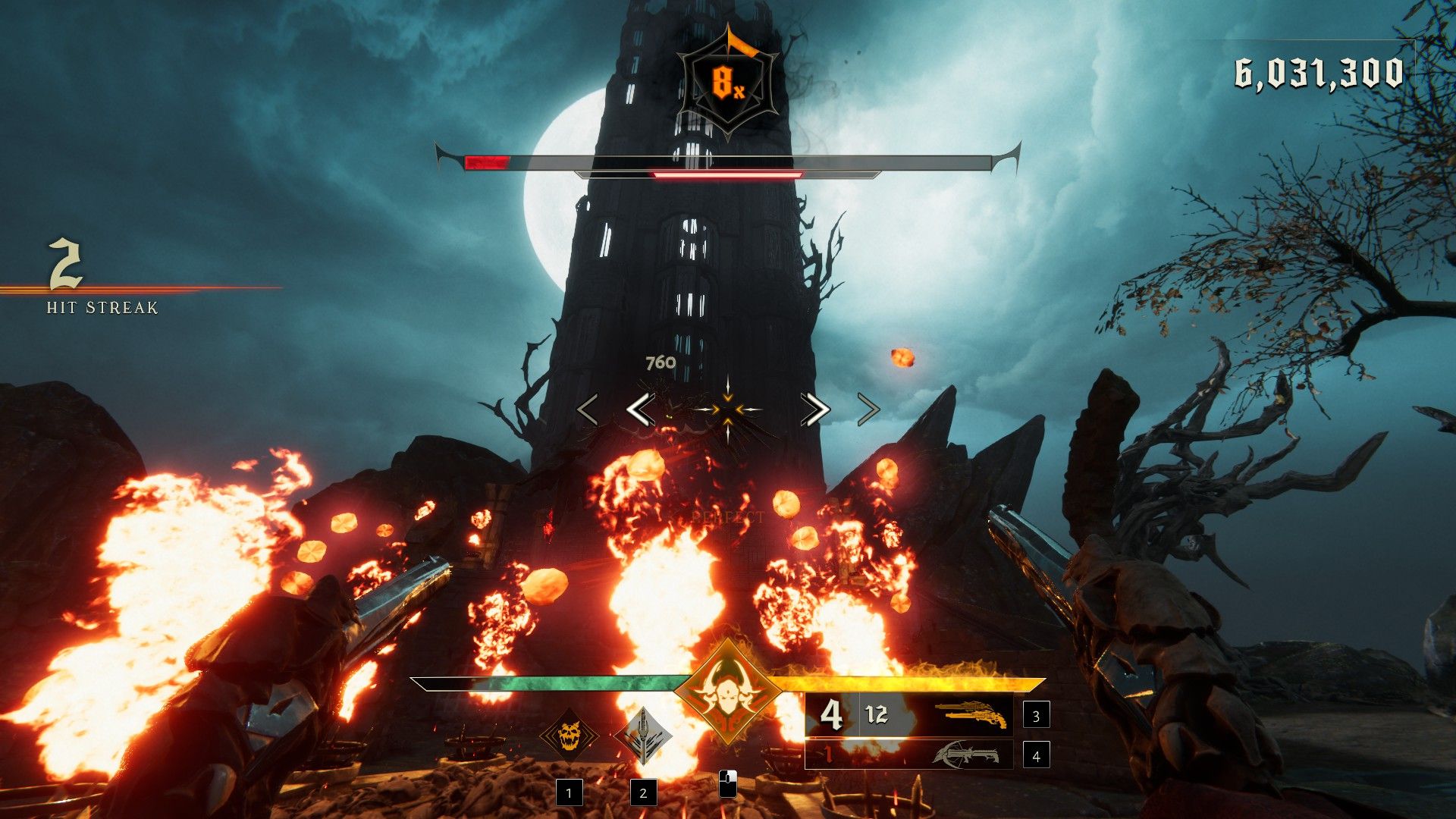 Defeating this boss will unlock the next hell, Incaustis, and also three new Torments to check your skills. The Torments are Ultimate Mastery: I, Killing With Rhythm: II, and Weapon Trickery: II.