Meeples Need A Home Too – Build One In Meeple Towers

You will soon be able to build some high-rise homes for your Meeples in this new strategic tower-building tabletop game – Meeple Towers – from designer Aaron Holland. WizKids has just announced that this abstract 3D building game is available now online and in game stores across North America.

What is a Meeple, you ask? Why, they’re a type of people of course. It’s the name frequently given to the little (usually wooden) humanoid figures which often represent one’s character in board games. It’s a fusion of “me” and “people,” apparently coined in 2000 by one Alison Hansel during a game of Carcassonne. 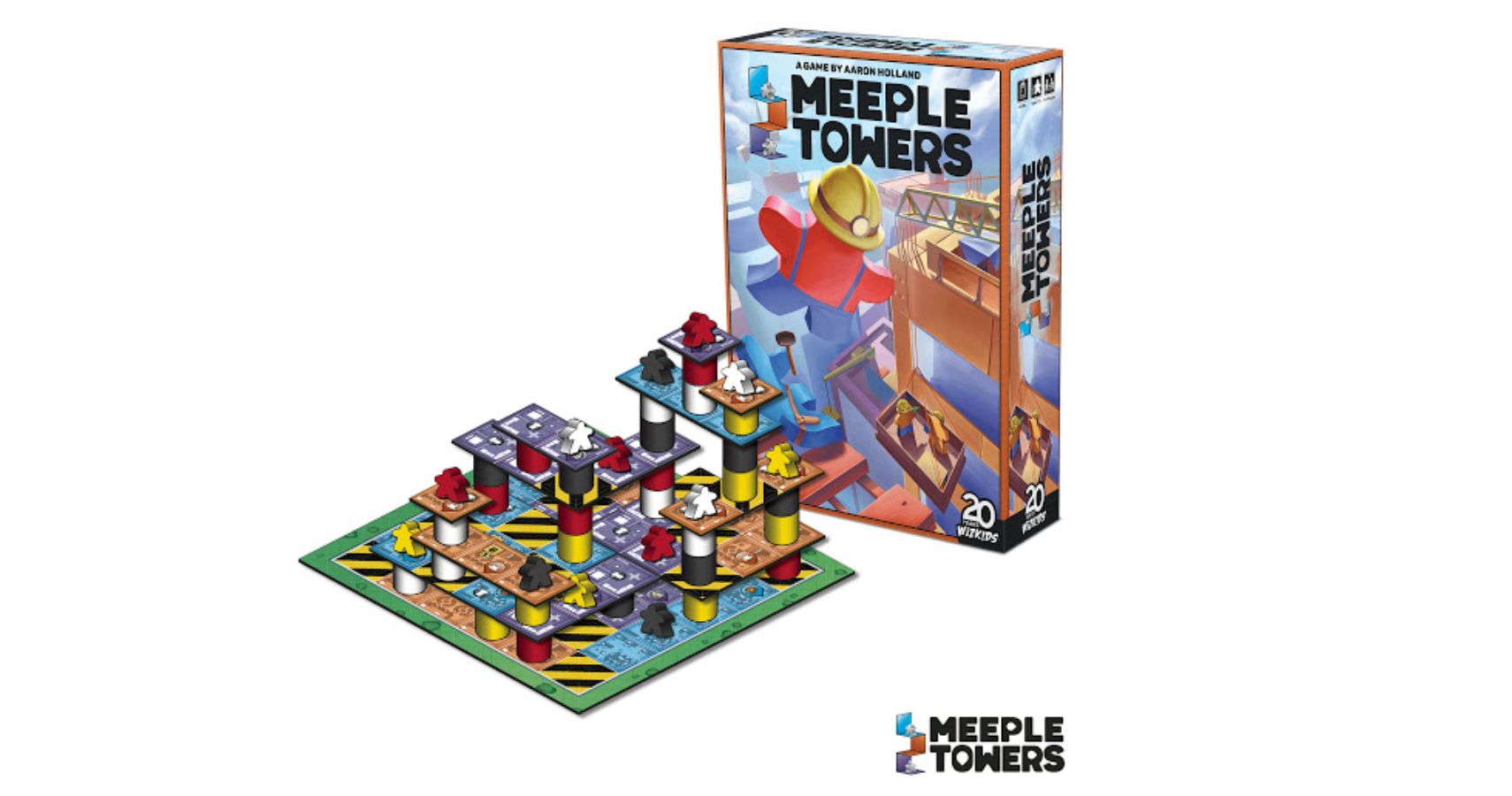 And now it’s time to build these Meeples some real estate! This 2-4 player tabletop requires you to take on the role of a contractor who must build a high-rise tower in which Meeples are able to work, live, and play to their hearts’ content.

You will take turns playing action cards that will help you build new levels onto the tower and let you place your Worker Meeples higher and higher up on the tower. At the end of the game, players must calculate their respective scores based on how high up the tower their Worker Meeples have been placed, on your overall contributions to the tower, and how good you make life for your Meeples. 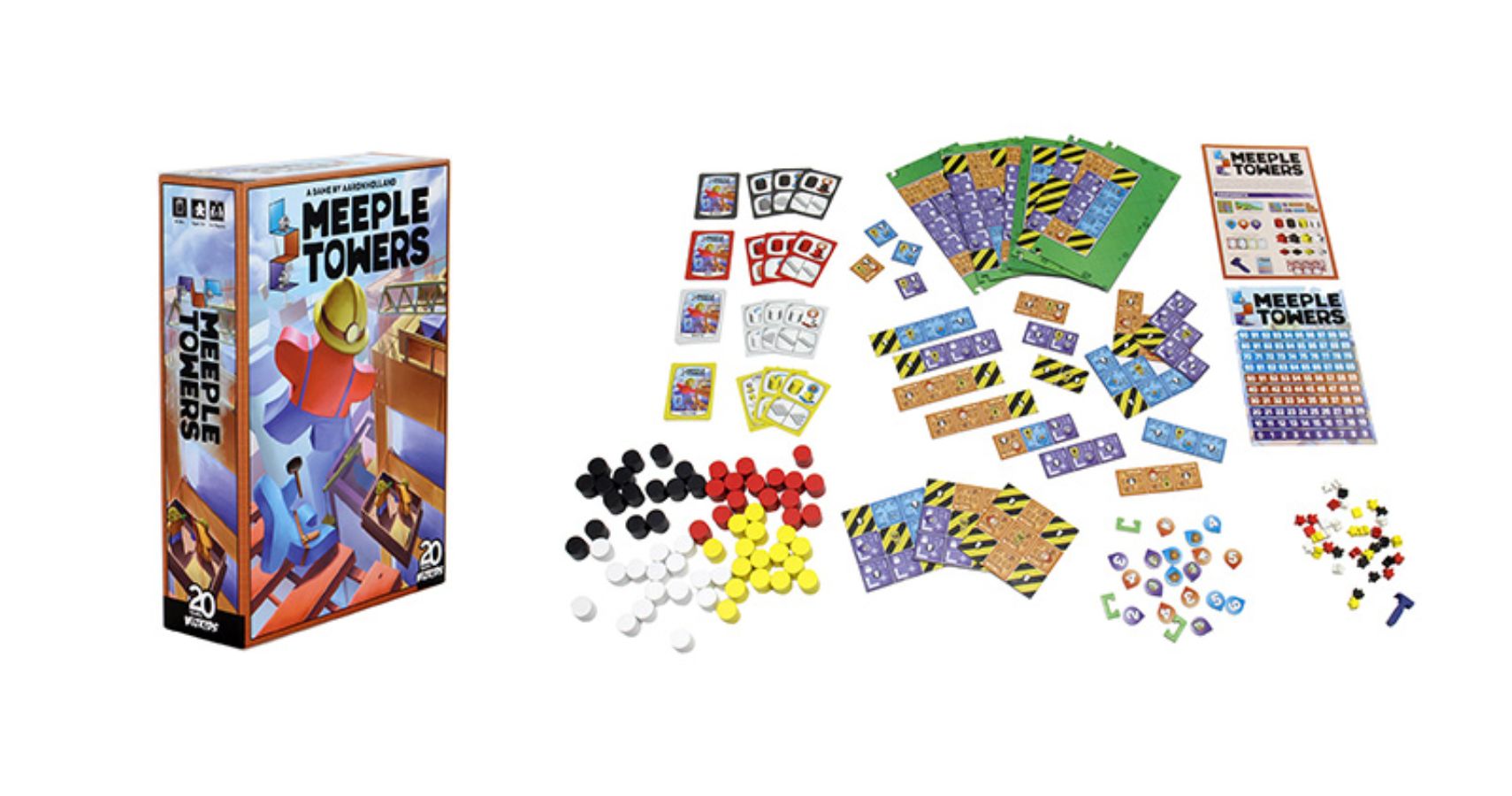 Various bonuses are also collectible throughout the game, which will help you to boost your final score. The player with the highest score wins the game (and presumably will have the happiest Meeples of the bunch).

The game will feature a 3D tower which changes with every game, so a “uniquely exciting table experience” looks to be on the cards (so to speak) each time you play. It’s a great option for some family fun, having been designed for players aged 12 and up and also has a relatively short game time of around 45 minutes.

Meeple Towers is available now both online and at game stores near you across North America for $44.99.