I love Hades for the friendships we forge, and I love Mortal Kombat for the puzzles we solve just to play dress-up with Scorpion and Jax. Both excel at giving you more to do outside of combat, with Hades focusing on relationships and Mortal Kombat on secrets and exploration, but what if you smooshed them together? Enter Marvel’s Midnight Suns, where exploring gets you enough orbs to buy Blade some new undies, which you get to see in action back home by the pool. Yes I might be simping for Blade.

Mortal Kombat’s Crypt was a novel idea introduced in the ninth game, but it wasn’t until 11 that Netherrealm perfected it. Rather than the side-on shot of two muscle-bound meatheads caving each other’s skulls in, you’re put into the third-person shoes of the Descendant of Apep. With him, you embark on some Zelda-like dungeon crawling, diving into the world’s ruins to find new items and weapons that will open up doors you previously couldn’t. Only it’s more peaceful. Rather than constant fights just to get keys, bombs, and hearts, you take somber and lonely walks under a moonlit sky. That’s something I treasure in Midnight Suns, too, when I sneak out of the Abbey at night, past the Caretaker, to play detective with Agatha Harkness.

The Abbey itself is more reminiscent of Hades’ underworld. You can speak to each hero, give them gifts, build up your repertoire, and unlock new goodies for doing so, all culminating in extra story tid-bits and heartfelt moments that bond the Hunter (or Zagreus) with characters like Blade and Magik (or Achilles and Dusa). Go outside the Abbey and you’ll be working with Agatha to uncover the surrounding area, finding new words of power that can purify roots, destroy boulders, reveal secrets, and more to uncover chests, cosmetics, and currency—just like the Crypt. 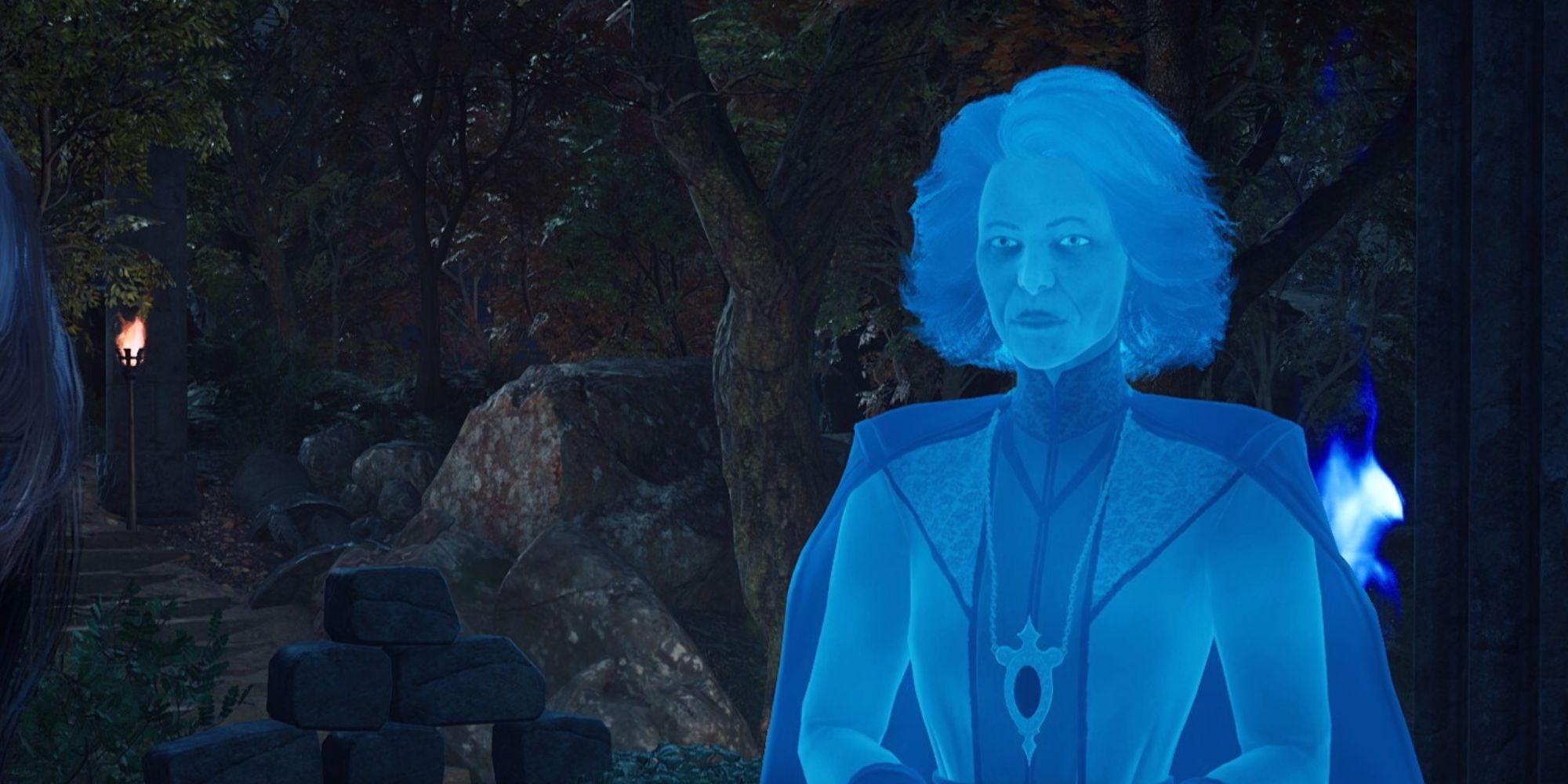 I’m up to day 70 in Midnight Suns, and I’ve found every collectible, opened every chest, and solved every mystery surrounding the Abbey with Agatha that isn’t tied to the main story. We’ve set up shop in the library, the same place where Blade holds his book club, and together, we mix up potions in the cauldron and flick through a dangerously magical tome that reveals insights into Wanda’s own path to uncover those same secrets. The two worlds are constantly colliding, as what started as mine and Agatha’s secret nightly excursions soon led to me roping in Doctor Strange for help, as once I made my way to the old abandoned church, I found a ward that we couldn’t dispel. Lo and behold, he found a way.

And because Strange was helping, I wanted to get closer to him—this was before I realised that, to dispel the ward, it simply meant progressing through the story until he found a solution. That didn’t matter, though, because he was doing me a favour, so I thought it’d be neat to repay that and find out more about this version of Marvel’s Sorcerer Supreme. I hung out with him more, gave him a little lunch box, and started to veer into light-side choices just to make him happy. Don’t say I don’t make sacrifices. In return, I found that he wasn’t just an annoying tantrum-throwing wizard, but someone who was hurting from the loss of his student and struggling to express that.

Delving into the Mortal-Kombat-like surroundings to scratch my explorer’s itch led me to embrace those more Hades-like relationships back in the Abbey, whereas the Crypt in Mortal Kombat often boiled down to a way of making Scorpion look better, or the dungeon delving in Hades a way to get more gifts for Achilles. In Midnight Suns, every part feels just as important as the others, expanding each section of the game in unique ways that only make me excited to dive into every single nook and cranny so that I can make this place a home. I’ll be back there tonight, shutting down a truck with Captain America, but when I’m done, maybe I’ll go on a midnight stroll to find more of Wanda’s lost journal, before heading back to watch a cowboy movie or two with Magik.