Everything Marvel touches turns to gold these days, or at least to a healthy $100m opening weekend. I wouldn't be surprised if the upcoming Doctor Strange in the Multiverse of Madness ends with a teaser for the sequel 'Scarlet Witch Brushes Her Teeth', which goes on to be the third-highest grossing movie of 2023. It's beaten by Morbius 2 and Morbius 3, of course, which open on the same day and see throngs of fans back the theatres for back-to-back, double feature, juicy Morb goodness. The point is Marvel makes a lot of money, and it often doesn't really need to try. One major exception has been in gaming, however, and after Square Enix sold off some massive properties to Embracer Group for pocket change (all to mess around with the blockchain), I'm not sure if the future is any brighter.

Some huge guns have been sold off in the deal. Tomb Raider is the headline grabber, but Deus Ex and Thief are notable too. Gex, Legacy of Kain, and Whiplash are some of the less blockbuster titles I'm personally rooting for too. This deal is not like Sony buying Bungie, or Microsoft buying Activision Blizzard King. It is specifically the IP that is being sold. Square Enix has not been bought out and will now focus on its more beloved children like Final Fantasy and Dragon Quest. Since this sale was specifically for Eidos and Crystal Dynamics, it also means Western Square Enix games like Life is Strange and Just Cause remain exactly that: Western Square Enix games. With the Marvel titles, it's harder to piece together.

Marvel's Avengers was a huge failure in anyone's book, but Square Enix was particularly insistent about throwing it under the bus. It was made by Crystal Dynamics, soon-to-be owned by Embracer Group. Marvel's Guardians of the Galaxy however was a critical success, landing The Game Award for Best Narrative, a string of BAFTA nominations, and most importantly, landing a respectable 7th place in my Game of the Year list. Square Enix still threw it under the bus, apparently unhappy with its sales returns after almost zero marketing. It was made by Eidos, also soon-to-be owned by Embracer Group. 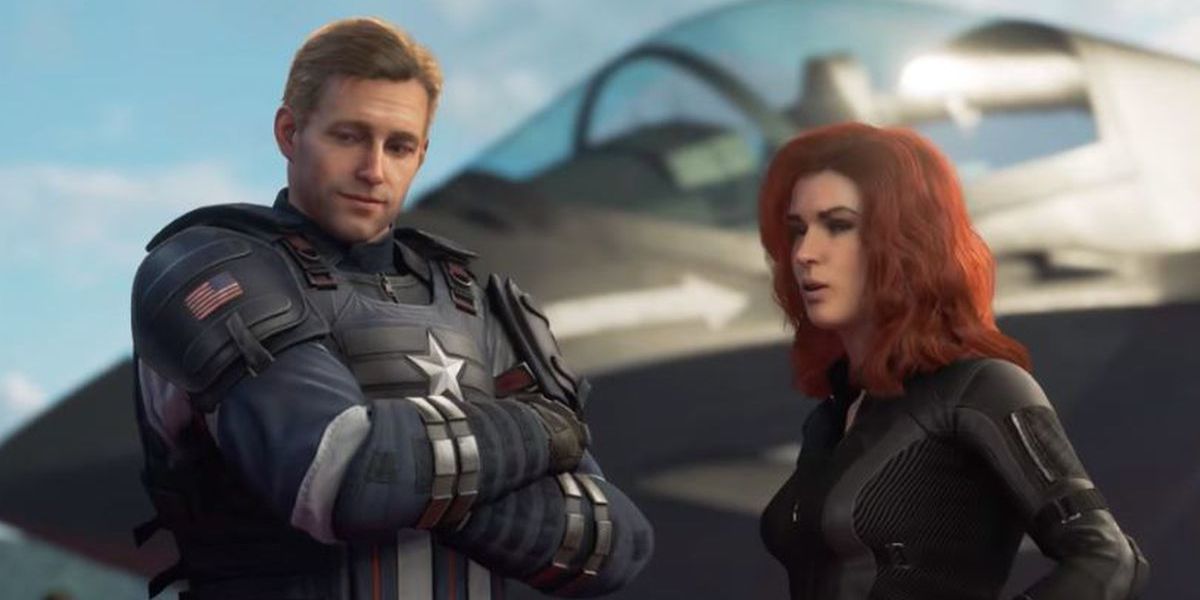 That leaves the Marvel licence in doubt. Square Enix was the one who brokered the deal with Disney, but did the sale to Embracer also include the rights to Marvel? $300 million is already cheap for Tomb Raider and Deus Ex, and that's without the other 15 or so properties, comprising over 50 titles. Does it really also include the right to print money that would come with a good Black Panther, Thor, or Captain Marvel game?

Embracer Group's statement lists in depth the titles it has bought, while Square Enix is equally detailed in describing what it still owns. Neither mention Avengers, Guardians, or Marvel itself. It seems likely that, in buying Crystal Dynamics and Eidos, Embracer Group has at least bought up some (possibly all) of the future earnings from Avengers and GotG. It may even have the rights to a sequel, if deals with those studios were already in place. It's less likely (though anything is possible at this point) that Embracer Group has the full Marvel licence that Square Enix had. During an earnings call post-sale, Embracer Group confirmed that once the deal is through, Avengers will be an Embracer Group game, but what that means for sequels, tie-ins, and battle passes remains a mystery. 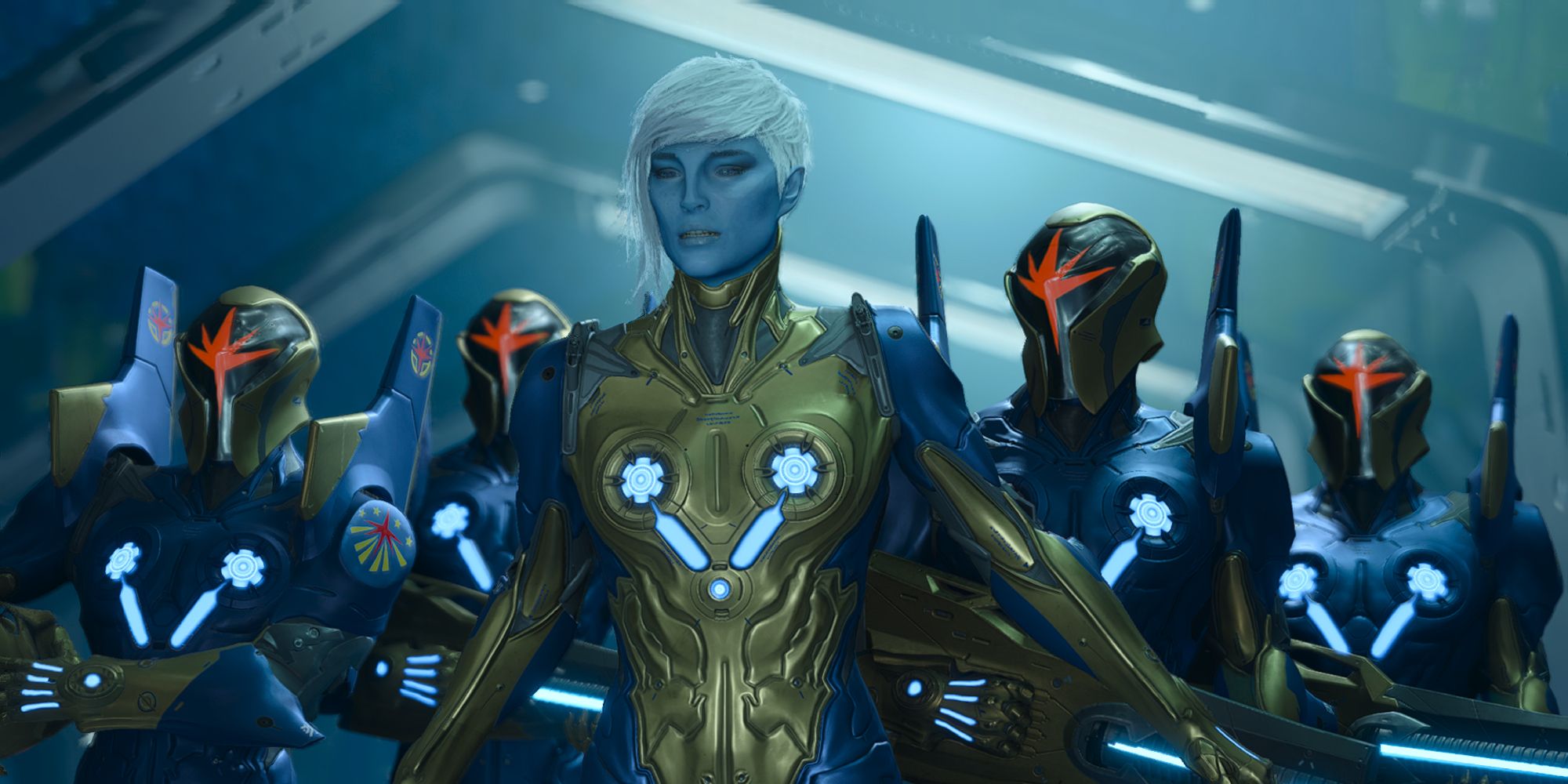 However, with this move Square Enix has made it clear that it wants to get out of Dodge, and by 'Dodge' I mean 'any Western studio'. The fact that Marvel is not mentioned could mean a deal is still ongoing, possibly with the involvement of Disney as well, to figure out who gets custody of the superkids. It's also worth noting that the Marvel deal was not exclusive (Insomniac has Spider-Man and Wolverine, Skydance Media is making a game rumoured to be Fantastic Four or Ant-Man), so Embracer Group may need to renegotiate the deal from scratch, Square Enix might be ready to take a bath and let it expire, or Disney might have already intervened. It was announced as a "multi-year, multi-game" deal, so does two games in two years sufficiently cover the 'multi’-ness of it all so much that the deal is dead?

Square Enix always seemed uncomfortable with the idea, Disney probably wasn't too pleased at seeing its biggest earner fizzle, and neither Crystal nor Eidos were likely too pleased with being blamed for Square Enix's losses, even after Edios repeatedly praised Marvel's and Disney's assistance in making the game. Maybe nobody wants the superkids. At any rate, until someone tells us, we have no idea who owns that contract now, but don't be surprised if we never hear of it again.