Marvel Vs. Capcom 4 must happen and these characters have to be in it 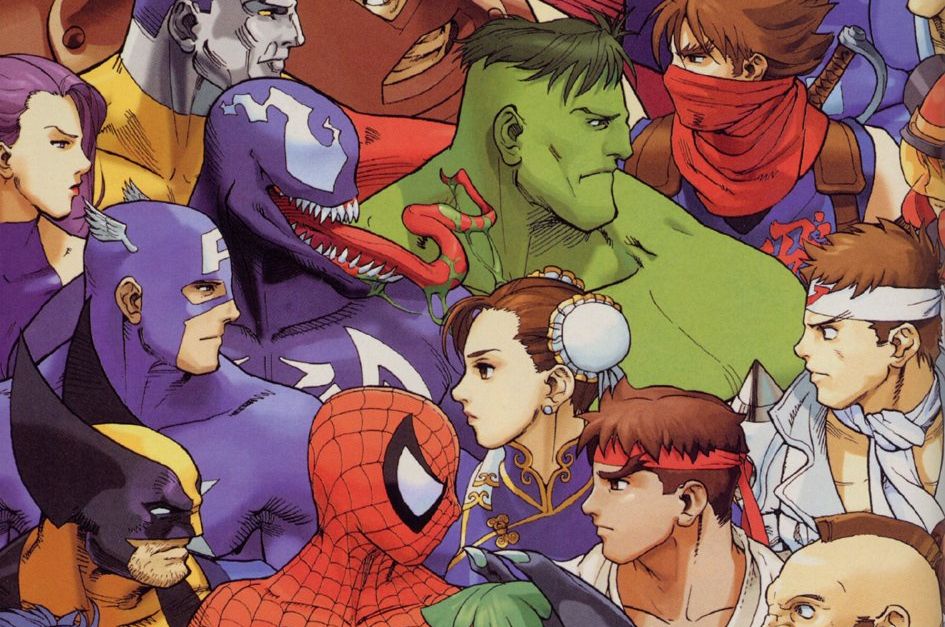 A reader draws up a list of challengers for an imagined fourth Marvel Vs. Capcom, and describes exactly what he’d want from the new fighter.

Now that Capcom is having itself a bit of a renaissance, I immediately started wishing that they’d do a proper new Marvel Vs. Capcom. Infinite was okayish but it was done on the cheap and with huge restrictions from Marvel, so it wasn’t a hit and didn’t even get all its planned DLC.

I’d want to see a proper sequel with a bigger budget and, most importantly, a bigger roster. Ideally as many returning characters as possible but also lots of brand new ones. Both sides have plenty to choose from but here are my picks and why.

I’d also like them to do something about the ultra bland art style from Infinite, which already wasn’t that great in 3. I get that they can’t do pixel artwork anymore but something more stylish is a must, without also being too realistic and not just a clone of Street Fighter 5. You can do it Capcom, I know it!

1. Vision
Scarlet Witch and Falcon would probably be pretty likely given the recent Disney+ shows but for me the most interesting in gameplay terms would be Vision, given he can fly and shoot laser beams. It’s his intangibility that seems the most interesting though, you could really get some unique combat with that.

2. Dr Octopus
Apparently he was going to be DLC in Infinite but that never turned out, but he does seem a super obvious new addition given all the possibilities with his six arms. Plus, he’d be a good counterpart to Asura from my list of Capcom characters.

3. The Thing
Up till now the Fantastic Four has been off limits for Marvel Vs. Capcom, and most other video games, but I’d love to see him added to the game so we can see a face-off with the Hulk. Add in the other three through his moves and you’d have a very unique character.

4. Blade
A lot of these are about the match-up with similar characters from the Marvel side and the sword-wielding sort-of-vampire would be perfect to go against Dante. I’m not actually that familiar with him outside of the films though, so I don’t know if he has other powers, but he certainly always seemed to have a lot of gadgets – and a motorcycle.

5. Squirrel Girl
I’ve no idea who she is but GC are fans, so that’s good enough for me. I’m guessing she’s not the most grimdark of superheroes, so that’ll be a good fit already.

1. Lady Dimitrescu
The most important thing here, for the Resident Evil rep, is to make sure it isn’t boring old Chris Redfield. At a minimum it needs to be Jill or Leon, but the much more obvious choice is new fan favourite Giant Vampire Lady, or Lady Dimitrescu as she’s actually known. She’s a giant vampire with claws for hands, so she’d work perfectly in a fighter.

2. Falcon
The obvious rep from Power Stone, in terms of matching up with a Marvel character, is Gunrock but he basically is just a complete rip-off of The Thing, so that’s not so interesting. Falcon is more iconic anyway though and would be a good foil for… Falcon from Marvel.

3. Sissel
A real left field choice but the main character from Ghost Trick would be an amazing addition given his powers and… unique backstory. Capcom has such a rich store of characters you really could make any of them work (just look at Phoenix Wright!) but Sissel’s ability to possess inanimate object is ripe with potential.

4. Regina
I’m adding this because on the one hand I want Capcom to remake Dino Crisis, and this would be a good way to reintroduce people to the character, and on the other because if she has various dinosaurs involved in her moves then that’d obviously be amazing.

5. Asura
Asura’s Wrath was one of my favourite Capcom games of the Xbox 360 generation and again he’s not only a cool character that I’d like to see get a new game of his own but he’s weird and different enough that he’s work really good in a fighter. All these additions should be like that and hopefully I’ve made an argument for them that seems that way.