Like Commander Legends before it, Magic: The Gathering's Commander Legends: Battle for Baldur's Gate features dozens of new legendary creatures to build a Commander deck around. Some are small, simple creatures, while others are incredibly powerful bombs that could become big parts of the format.

One of the earliest cards revealed for the set was Zevlor, Elturel Exile. A Grixis (blue/black/red) commander that copy spells, its announcement was met with widespread confusion from the community. What does Zevlor actually do, and why was it immediately errata'd by Wizards of the Coast? Here is everything you need to know about Zevlor, Elturel Exile. 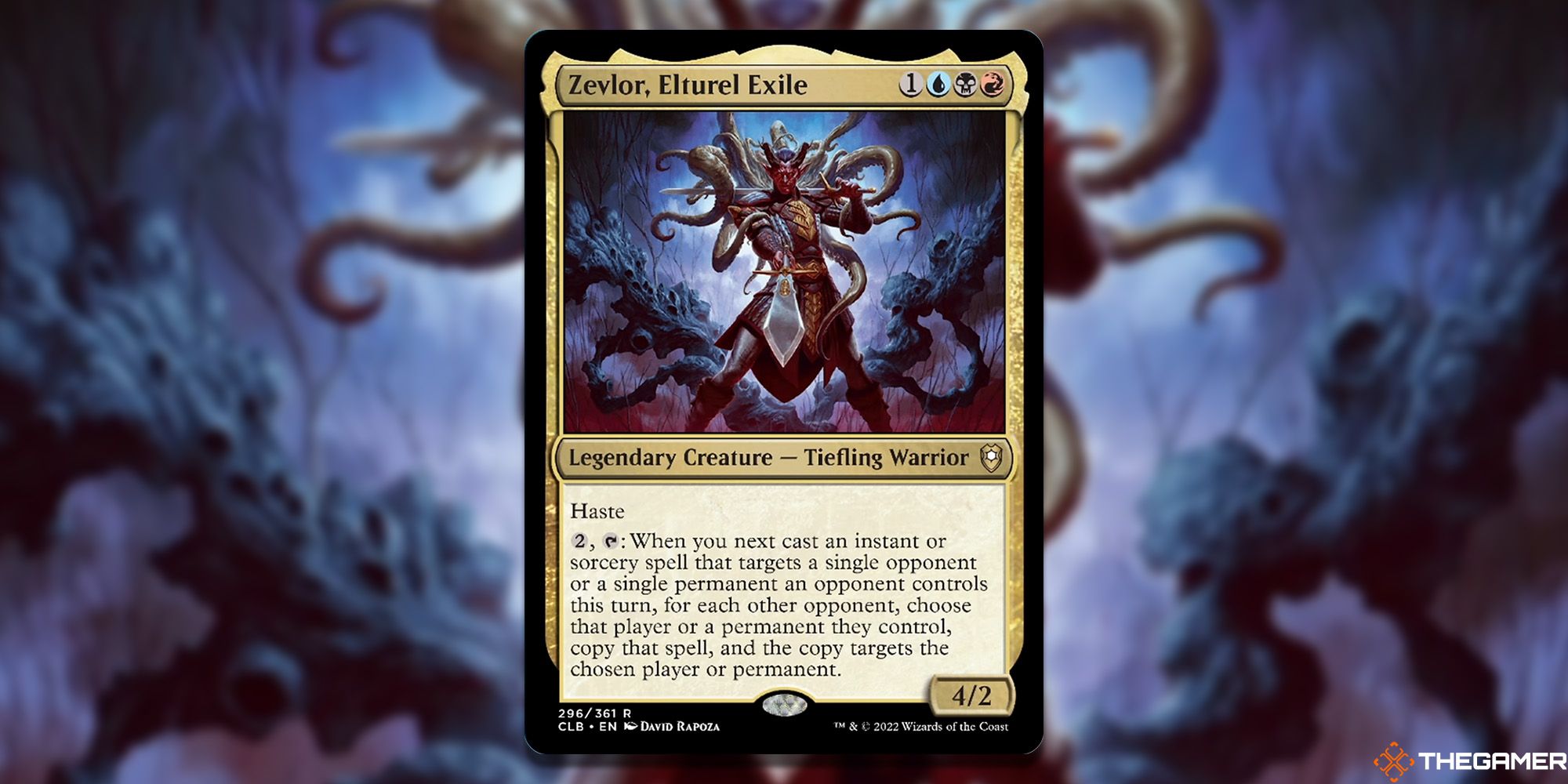 Zevlor, Elturel Exile is a 4/2 legendary Tiefling Warrior that costs one generic, one blue, one black, and one green. He also has haste, meaning he can attack or tap for his own activated ability the same turn he comes into play.

It's an incredibly wordy card that takes a lot of parsing to understand. As printed on the card, his activated ability costs two generic and tapping Zevlor. When you do, "when you next cast an instant or sorcery spell that targets a single opponent or a single permanent an opponent controls this turn, for each other opponent, choose that player or a permanent they control, copy that spell, and the copy targets the chosen player or permanent".

While what it does is already confusing, it isn't helped by the fact that Zevlor received an errata when it was announced. Errata are changes made to cards in their official ruling that differ from the literal, printed words in the text box. The change is just a single word, but it makes all the difference.

The errata adds the word "only" to the first part of the ability, now reading "when you can an instant or sorcery spell that targets only a single opponent or a single permanent this turn" instead. Like all errata, this applies to all versions of the card that will ever be printed, regardless of what the card itself says. 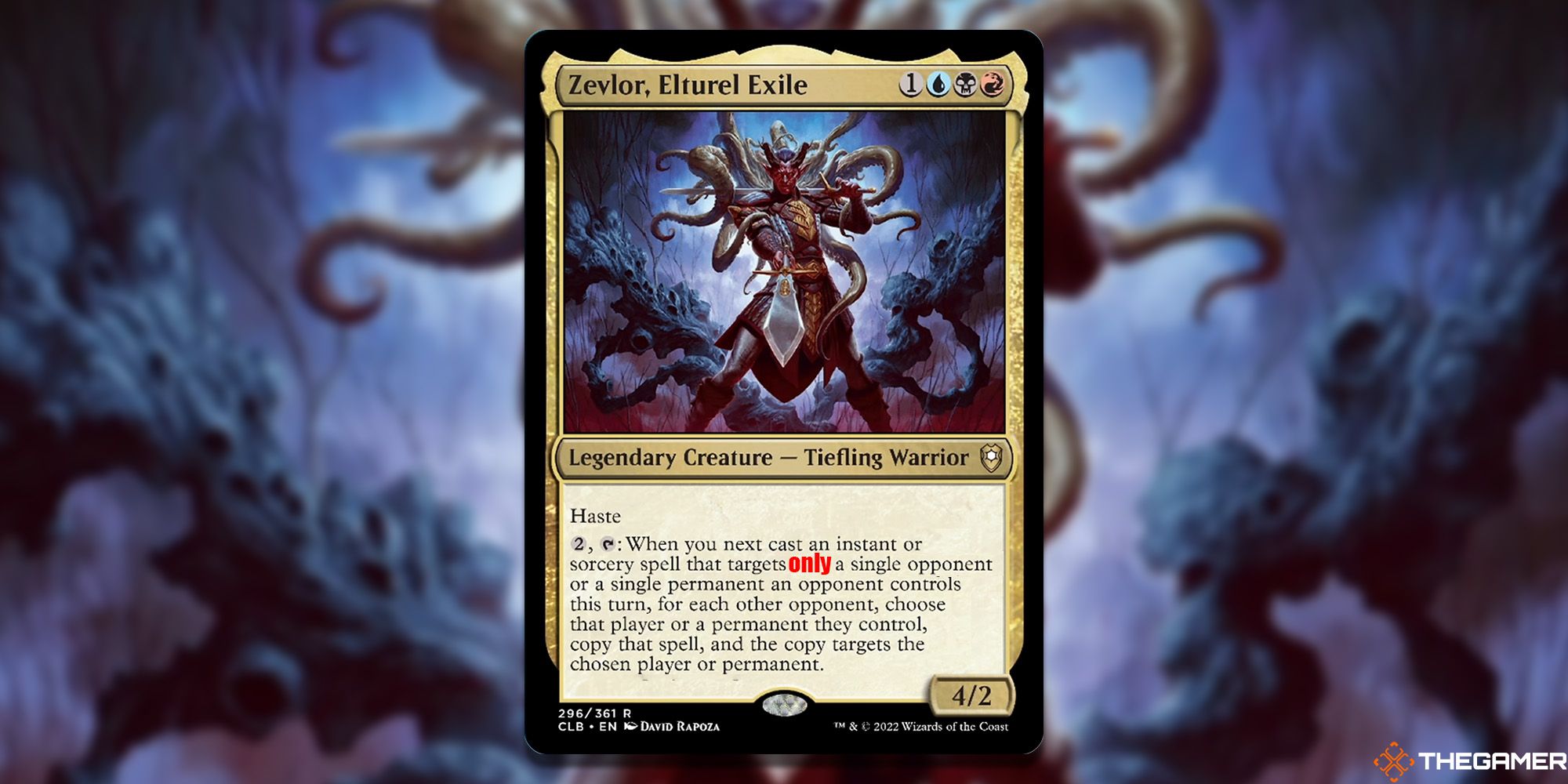 Despite the long-winded text, all Zevlor does is copy a spell that targets one thing, and spread it out across every opponent at the table.

To condense the card as much as possible: if you target exactly one opponent or a permanent an opponent controls with an instant or sorcery, and nothing else, Zevlor copies it for each opponent you have. Each copy of the spell targets a different opponent, and, if you targeted a permanent, you can choose a new target under each opponent's control for those copies.

Say you want to cast Shock on an opponent's 2/2 creature to kill it, but your other two opponents also have 2/2s you want to get out the way. By paying two generic mana and tapping Zevlor before casting Shock, you're now allowed to copy Shock twice (once for each other opponent) and target a creature each of those opponents controls as well. All three Shocks (the one you cast, and the two made by Zevlor) go on the stack and resolve as if you'd played them from your hand.

The same applies when targeting an opponent directly. As a more powerful example than a simple Shock, you could activate Zevlor's ability, and then target an opponent with a Bribery to search their library for a creature and put it onto the battlefield under your control. As it targeted an opponent, Zevlor copies it for each other, so you'll also search for a creature in your other opponents' libraries as well. 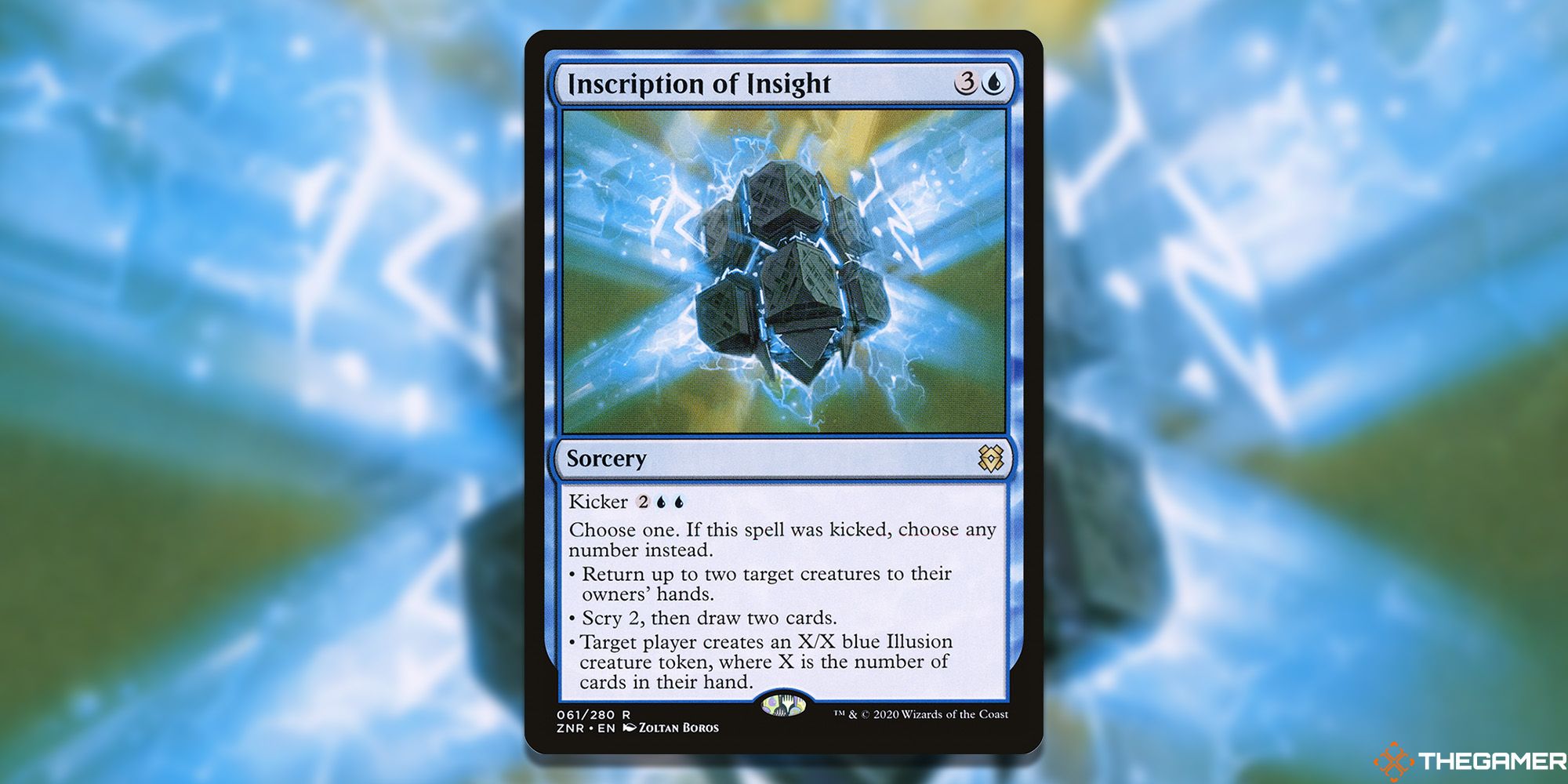 The inclusion of the word "only" in Zevlor, Elturel Exile's ability makes a surprisingly huge difference, thanks to the existence of modal spells.

Modal spells have more than one thing you can do, and those different modes may target different things in the game. For example, Inscription of Insight is a modal spell that has three options, which, when kicked, you can choose any number of. You can return two target creatures to their controllers' hands; scry two, draw two cards; and have a target player make an X/X blue Illusion creature token equal to the number of cards.

With the way Zevlor was originally worded, you could target one creature an opponent controls with the first effect and target yourself with the Illusion creature token effect. The original wording doesn't care if you're also a target of something, so, as you'd targeted a single permanent an opponent controls, Zevlor would copy the ability and you'd carry it out for each opponent. That is would ludicrously overpowered ability, especially with spicier modal spells like Sublime Epiphany. 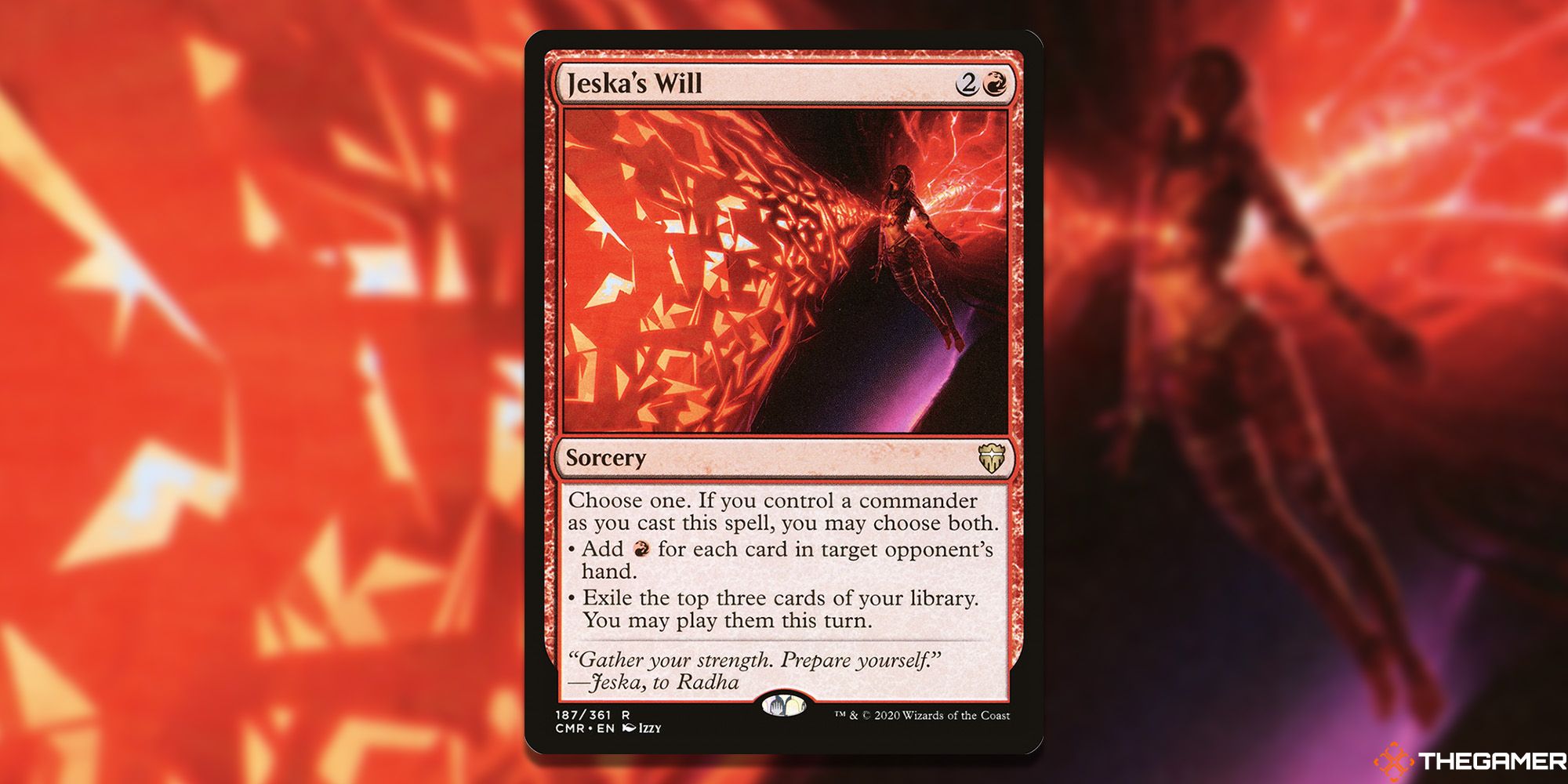 With the new, post-errata wording, Zevlor won't copy spells if they try also to target anything aside from a single opponent or a single permanent an opponent controls (such as yourself or your own battlefield), as they don't only target a single opponent or permanent. If you want to copy a spell like Inscription of Insight or Sublime Epiphany, you'd have to pick one mode that targets one opponent or one opponent's permanent, and nothing else.

Keep in mind that a spell only targets if it explicitly uses the word "target", such as "target opponent discards two cards", or "destroy target creature". There are still powerful cards that work around this by having modal effects that don't target more than one opponent.

One of the strongest examples of this is Jeska's Will, which can add red mana equal to the cards in a target opponent's hand, and exile cards off the top of your library to play them this turn. The first ability targets a single opponent, the second doesn't explicitly target anybody at all. As a result, it's only targeting one opponent, and Zevlor will copy the spell and give you both effects for each opponent you currently have.

Zevlor is a dense card that isn't quite as powerful as players originally thought, but he could still be an absolutely terrifying commander with some clever deckbuilding.