Magic The Gathering: What Are Vehicles And Crew?

Despite not being the most magically embued of all of Magic the Gathering's planes, Kaladesh is still an incredible world of technological engineering. With all sorts of gadgets driven by the abundant Aether that naturally flows through the world, the people of Kaladesh are master artificers to the point where they don't even need magic.

Some of Kaladesh's biggest inventions are the many vehicles. Cards, airships, carriages, and even mechanic walking behemoths, they know how to travel in style. Using Magic's Vehicles and Crew mechanic, you can commandeer these inventions to help in your games.

What Are Vehicles and Crew?

Vehicles are a type of artifact introduced in Kaladesh. Most vehicles don't do anything on their own – they just sit as artifacts, completely inert, until they are crewed.

Once crewed, a vehicle becomes an Artifact Creature until the end of the turn. It can do everything any other creature can, including attack, block, be destroyed or exiled, and even, confusingly, be mutated.

You need to tap as creatures with a collective power equal or greater than the listed crew cost to crew a vehicle. For example, Consulate Dreadnought has a crew cost of six, meaning you could tap six creatures with one power, three with two, two with three, and so on. Because it entered as a non-creature artifact, the vehicle won't have summoning sickness and so you can crew it the same turn it enters the battlefield.

One weird thing with crewing is that the creatures you tap to crew aren't the sources of it, the vehicle is. That means you can tap a creature that entered the battlefield this turn and is otherwise subject to summoning sickness.

Try not to think of crewing as casting mana. Any 'excess' power from creatures you tap to crew is lost, and can't be used to crew another vehicle. However, you can use a crewed vehicle to crew another. That means you could crew a Demolition Stomper and then use that to crew a Colossal Plow. Does it make sense? Not at all. Is it useful? Absolutely, because a lot of vehicles have power higher than their crew cost, giving you a good way to build up from a small crew cost to a big one.

Crewing isn't the only way to turn a vehicle into an attacker, it's just the most common one. For example, cards like Honeymoon Hearse and Dermotaxi only ask you to tap any two untapped creatures and don't have crew costs listed. Meanwhile, Peacewalker Colossus lets you pay one generic and one white to turn a vehicle into an artifact creature without having to tap any creatures at all.

When something is crewed, it isn't entering the battlefield. It was already on the battlefield as the uncrewed vehicle; all it's done is become a creature.

How To Use Vehicles 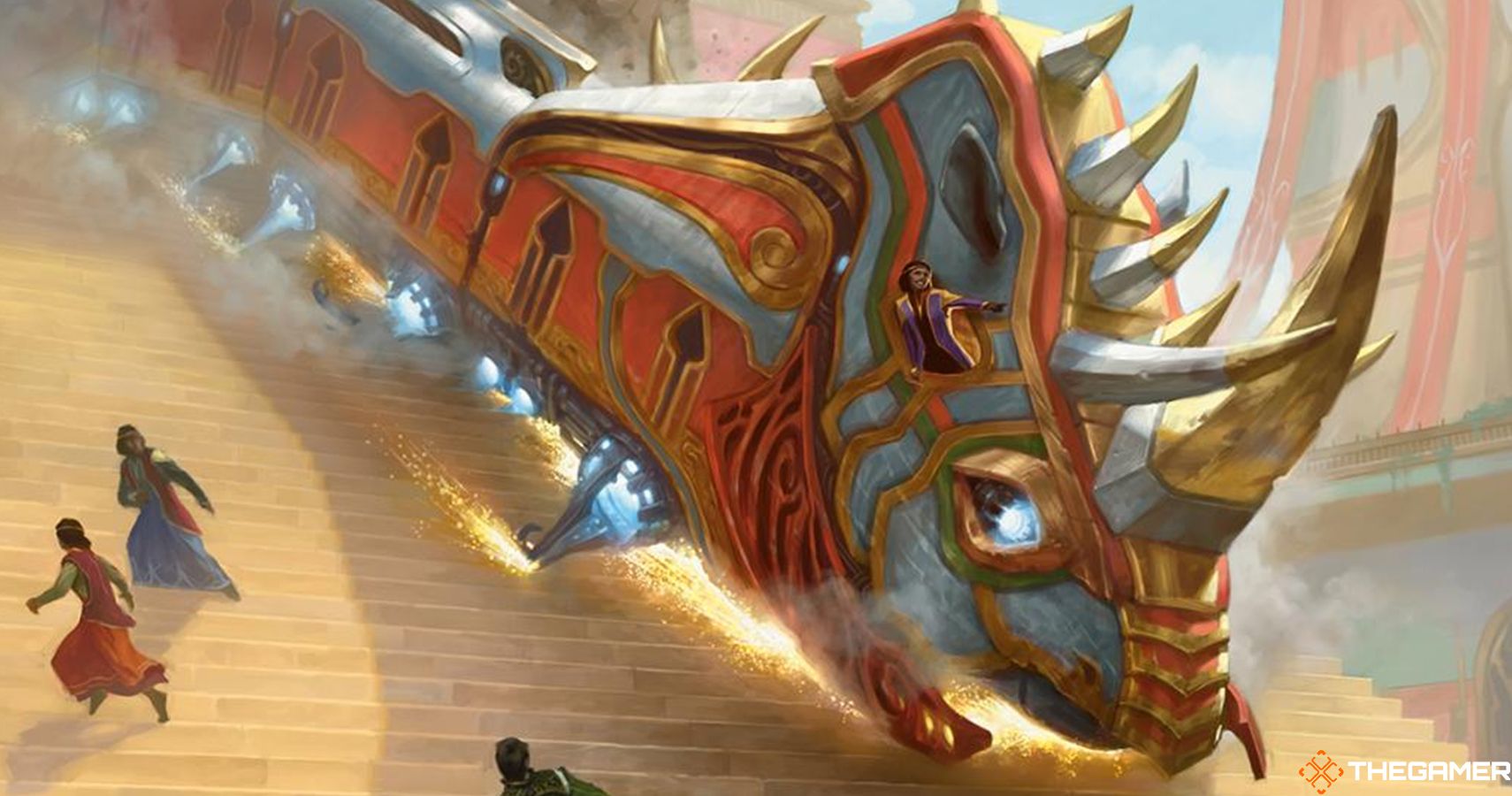 Vehicles are a great way to do a lot of damage from relatively little power.

The most obvious place to include them is in artifact decks, where they serve a similar role as more standard artifact creatures. Any spell that applies to artifacts, like Etherium Sculptor, Foundry Inspector, Alibou Ancient Witness or Osigir the Reconstructed also applies to vehicles. If you have other ways of animating them without crew, like a Rise and Shine or a Sydri, Galvanic Genius, you can push them even further.

As a note, keep in mind that copying a crewed vehicle with something like a Sculpting Steel or Stolen Identity won't make an artifact creature. Being crewed doesn't change the text on the card or any of its 'copiable values'. It's a whole, complex ruling involving the various 'layers' a card has when it's modified, but all you really need to know is copied vehicles enter as just artifacts, and need to be crewed before they can attack.

Vehicles also work well creature tokens decks. If you're making many creatures each turn, tapping a few to crew a harder hitter isn't a bad idea. Not to mention some vehicles directly care about creature tokens, like Enchanted Carriage (which makes two 1/1 white Mice when it enters the battlefield) Parhelion II (it makes 4/4 Angel tokens when it attacks), and Esika's Chariot (makes a copy of a token you control when it attacks).

Some creatures work well alongside vehicles. Most of these are given the Pilot creature type, like Veteran Motorist, Gearshift Ace, Aeronaut Admiral, Renagade Wheelsmith, and Depala, Pilot Exemplar.

Don't forget creatures that give benefits when they tap for any reason, like Archelos Lagoon Mystic, Fallowsage, Emmara Soul of the Accord, Immersturm Predator, and Stonybook Schoolmaster. With these, the crew cost becomes an advantage to you by offering a free, instant-speed tap outlet.

What Colour Are Vehicles? 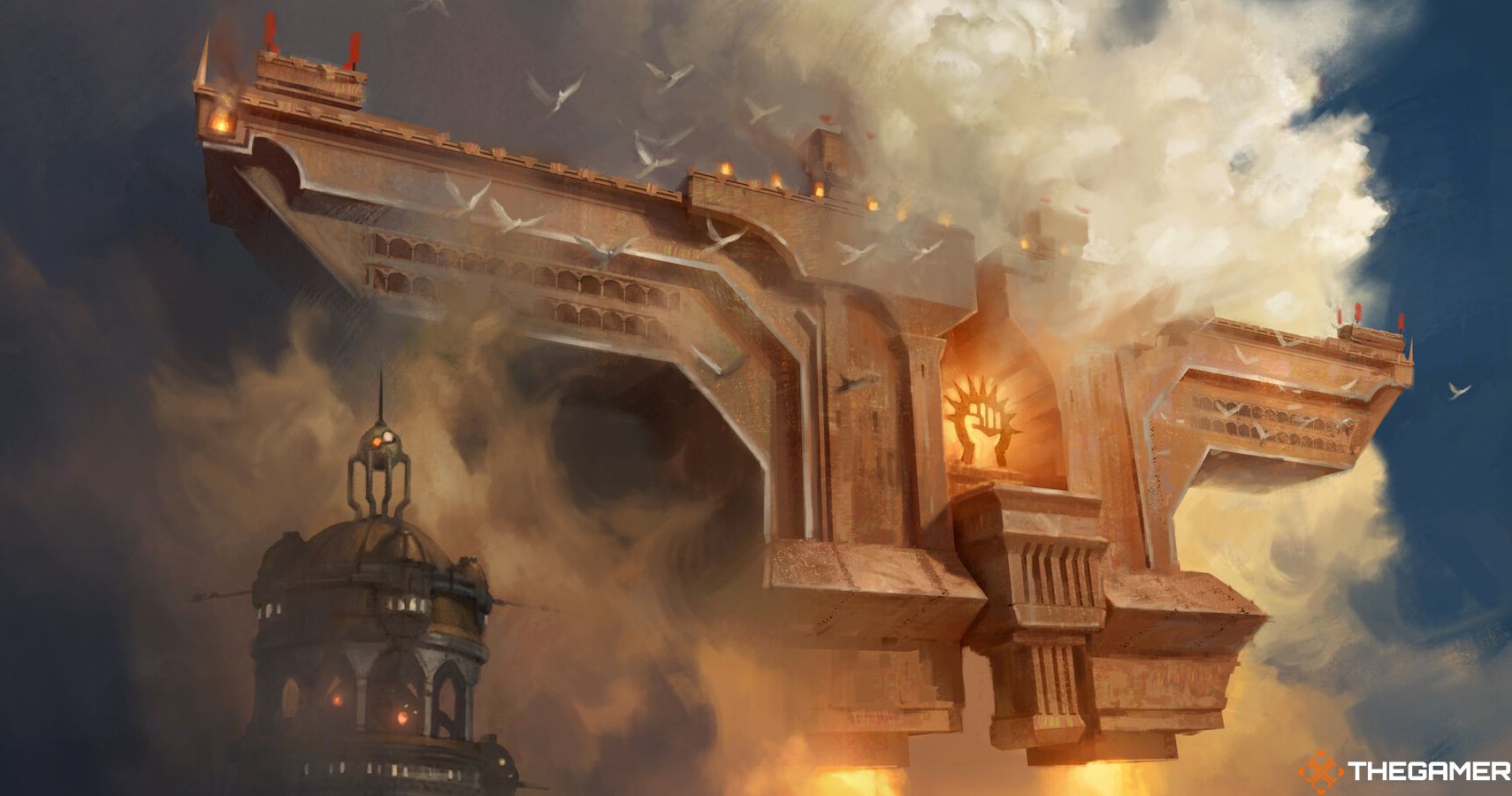 Because they're artifacts (mostly) constructed on a plane with weakened magical influence, vehicles are, on the whole, colourless.

Out of the 39 non-acorn vehicles in the game so far, a whopping 31 of them are colourless. Of the rest, three are red, two are green, two are blue, and one is white. There are no black or multicolour vehicles.

There is a fourth red vehicle, however it is the non-legal Mountain Mover. This card was made as part of Wizards' Heroes of the Realm scheme, where select Wizards employees were rewarded with exclusive cards (with non-standard backings) to thank them for their service. They're not acorn cards, but they're not legal in any formats.