The Azorius colors of blue and white in Magic: The Gathering is typically seen as the control colors of the game. However, the First Flight Starter Commander deck takes a more aggressive stance, with a flying-tribal theme that can be tough to block.

The power level in these precon decks is typically a little underwhelming, especially in these, which are designed with new players in mind. There are always ways to improve on them, but they're an excellent way to get into the Commander format if you're interested. So, take a gander at the cards below, because they're sure to increase the value of the First Flight deck without breaking the bank.

Every card in this list aims to be around $5 on TCGPlayer, however prices can vary all the time. 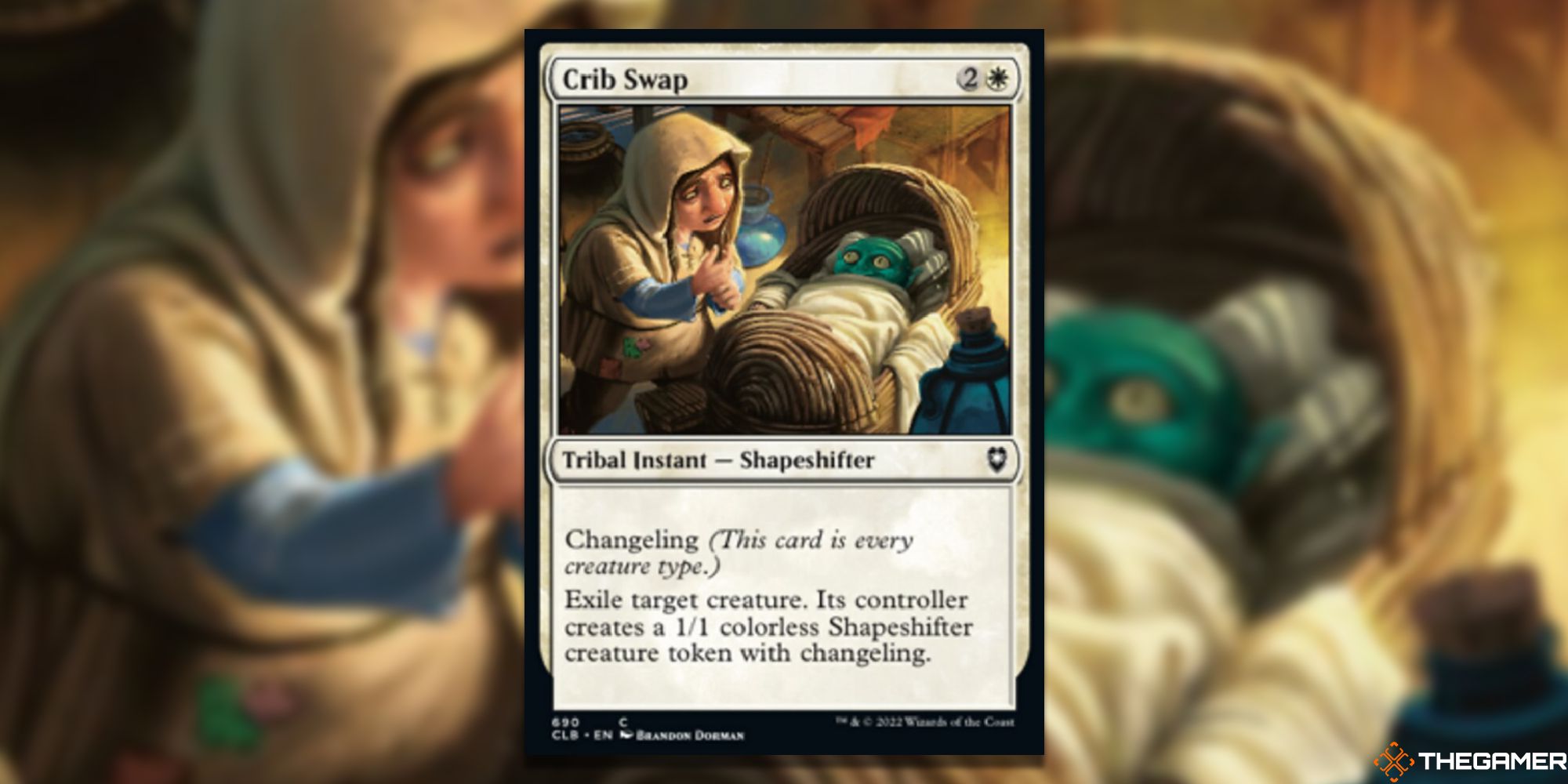 The absolute best kind of spot removal is the kind that exiles a creature. Destroying is great and all, but exiling your opponent's creatures is demoralizing on a level unlike any other. 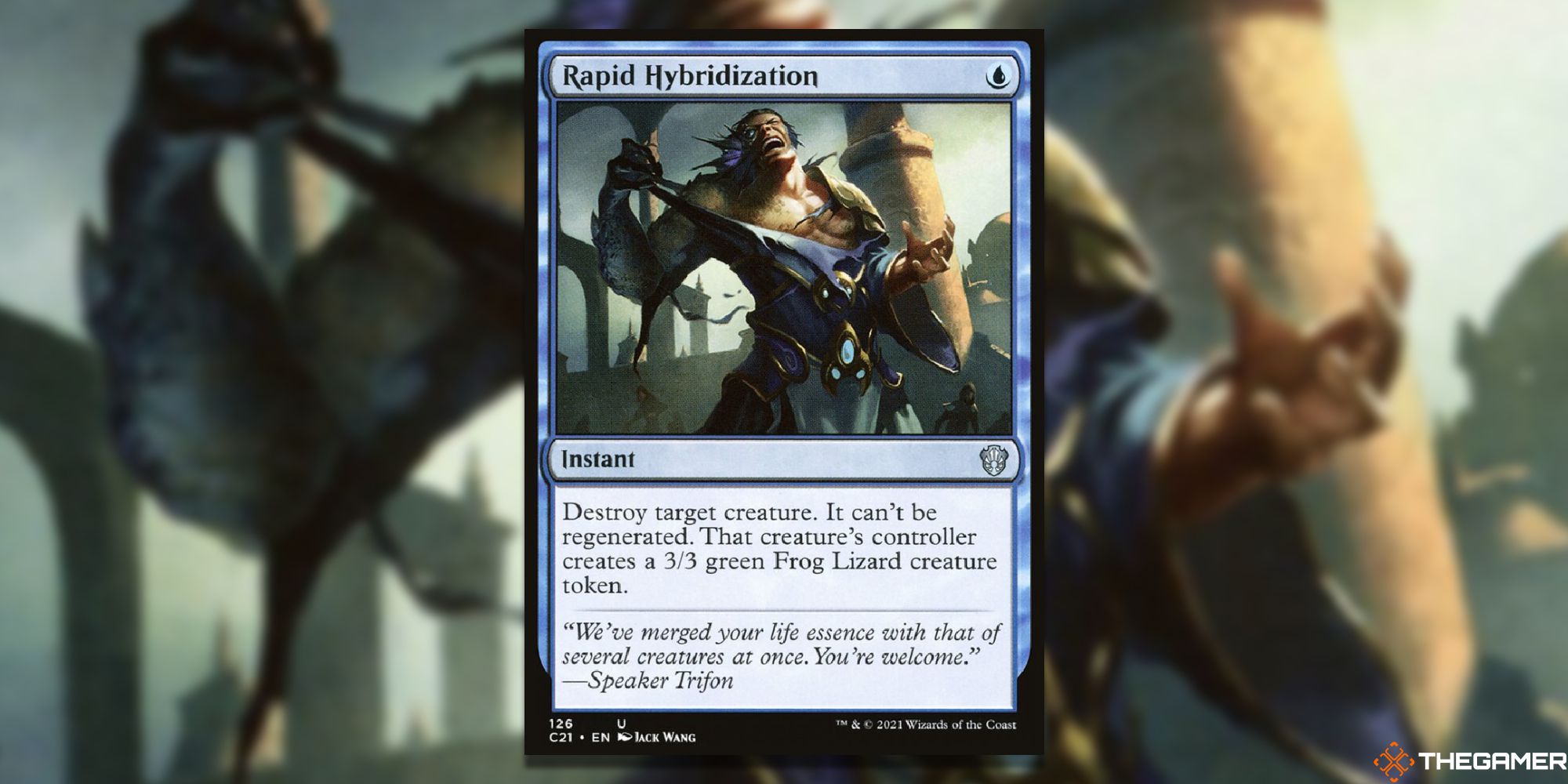 Blue doesn't have a lot of removal in the way of destroying creatures. It efficiently bounces creatures back to their owner's hand and sometimes into the library, but destroying them outright is tough. Rapid Hybridization is a functional reprint of Pongify, except it gives your opponent a Frog Lizard instead of an Ape.

Rapid Hybridization is a great option for removing pesky creatures. Sure, you only replace it with another creature, but a 3/3 token is easier to deal with than something with an ability. 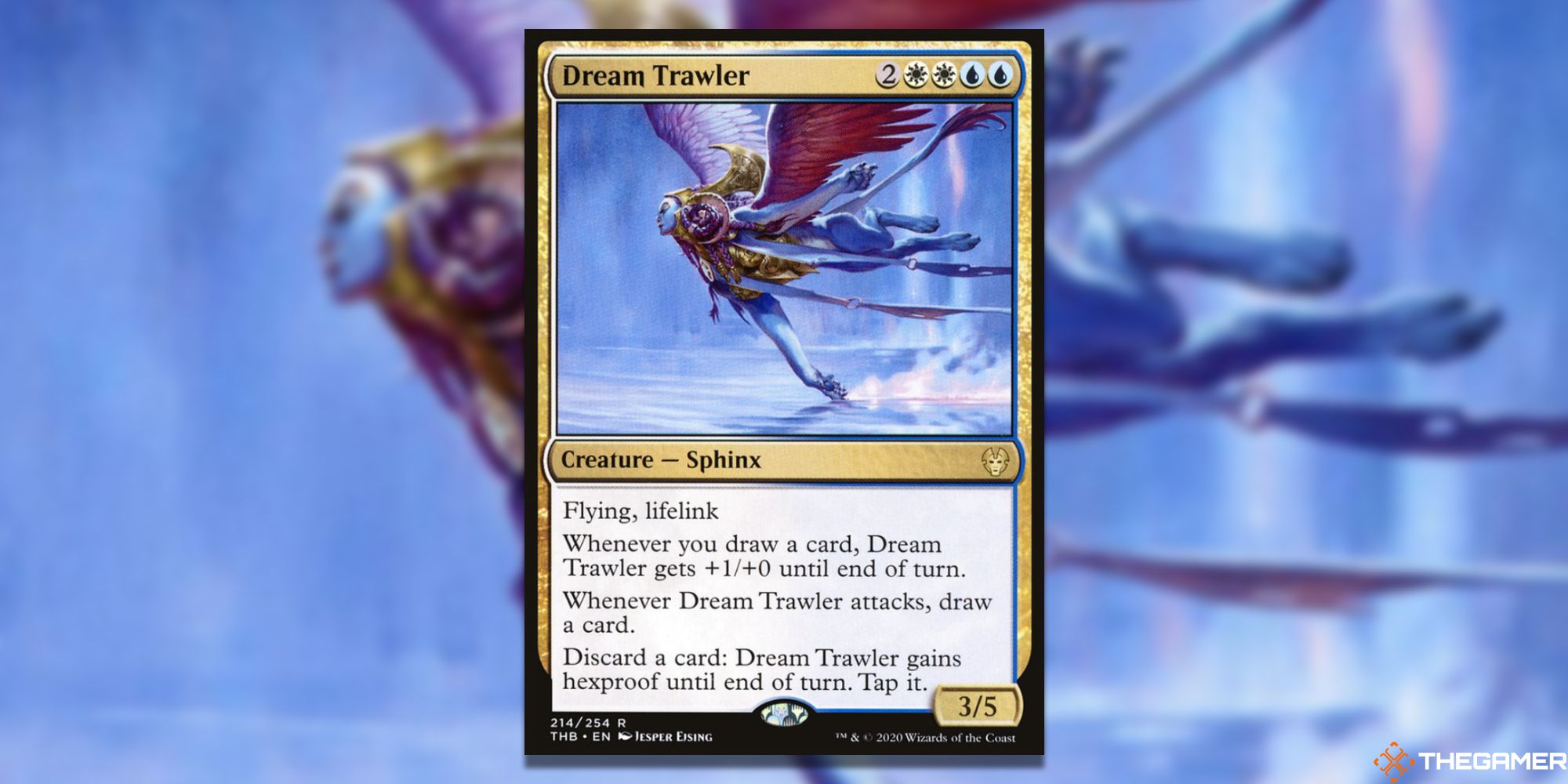 It's astounding that Dream Trawler wasn't already included in First Flight. It has everything that the deck asks for being a flyer, and in the appropriate colors.

This Sphinx helps pull you out of dire situations and turns games around with its lifelink and card draw. Dream Trawler's power increasing with every card you draw is specifically helpful, as you'll acquire more options to play and gain more life. Then there's its ability to gain hexproof, which protects it from spot removal.

7/10 Watcher Of The Spheres 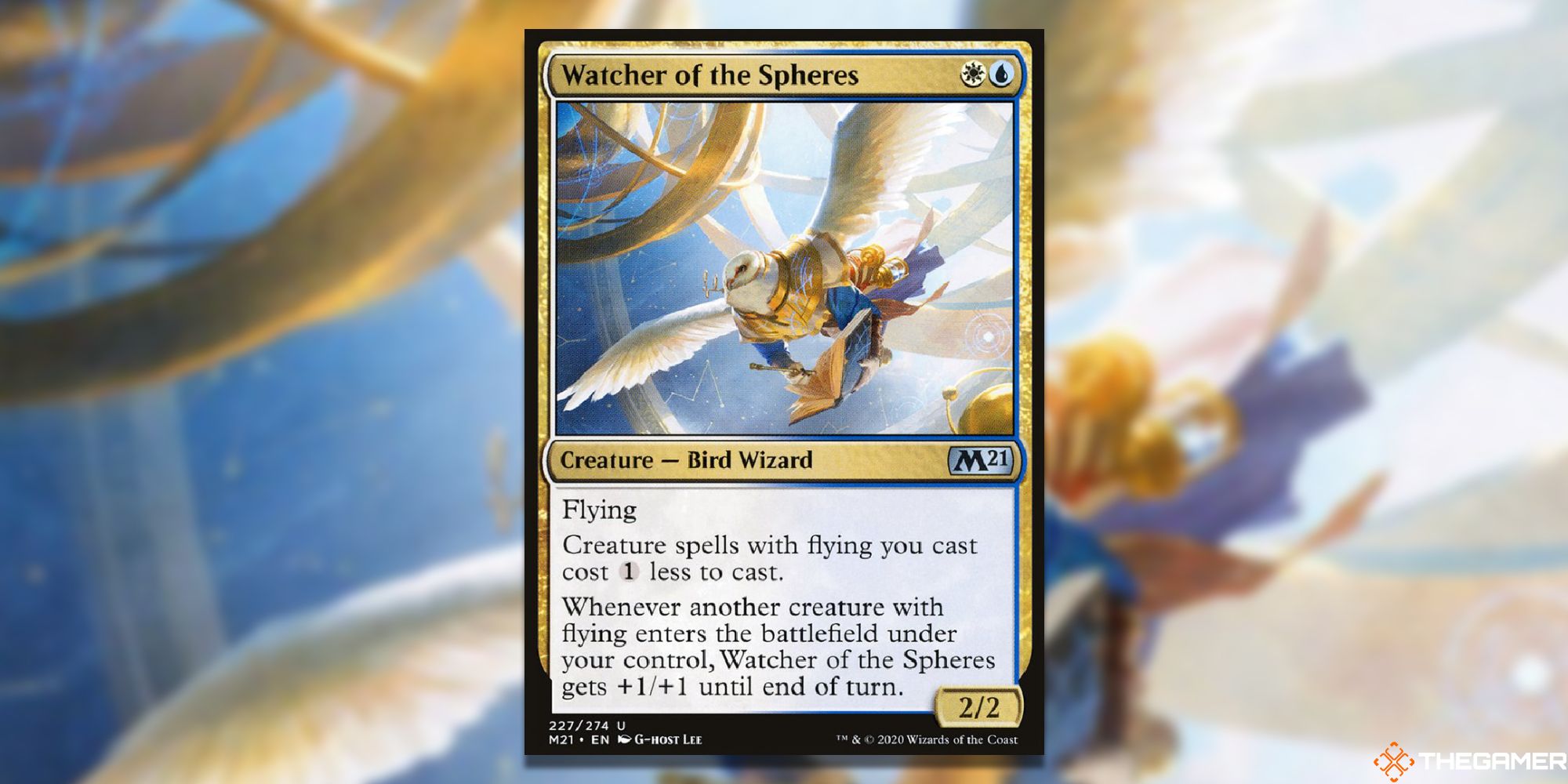 Commander naturally plays expensive creatures, so any card that decreases mana costs is a good consideration for a deck. 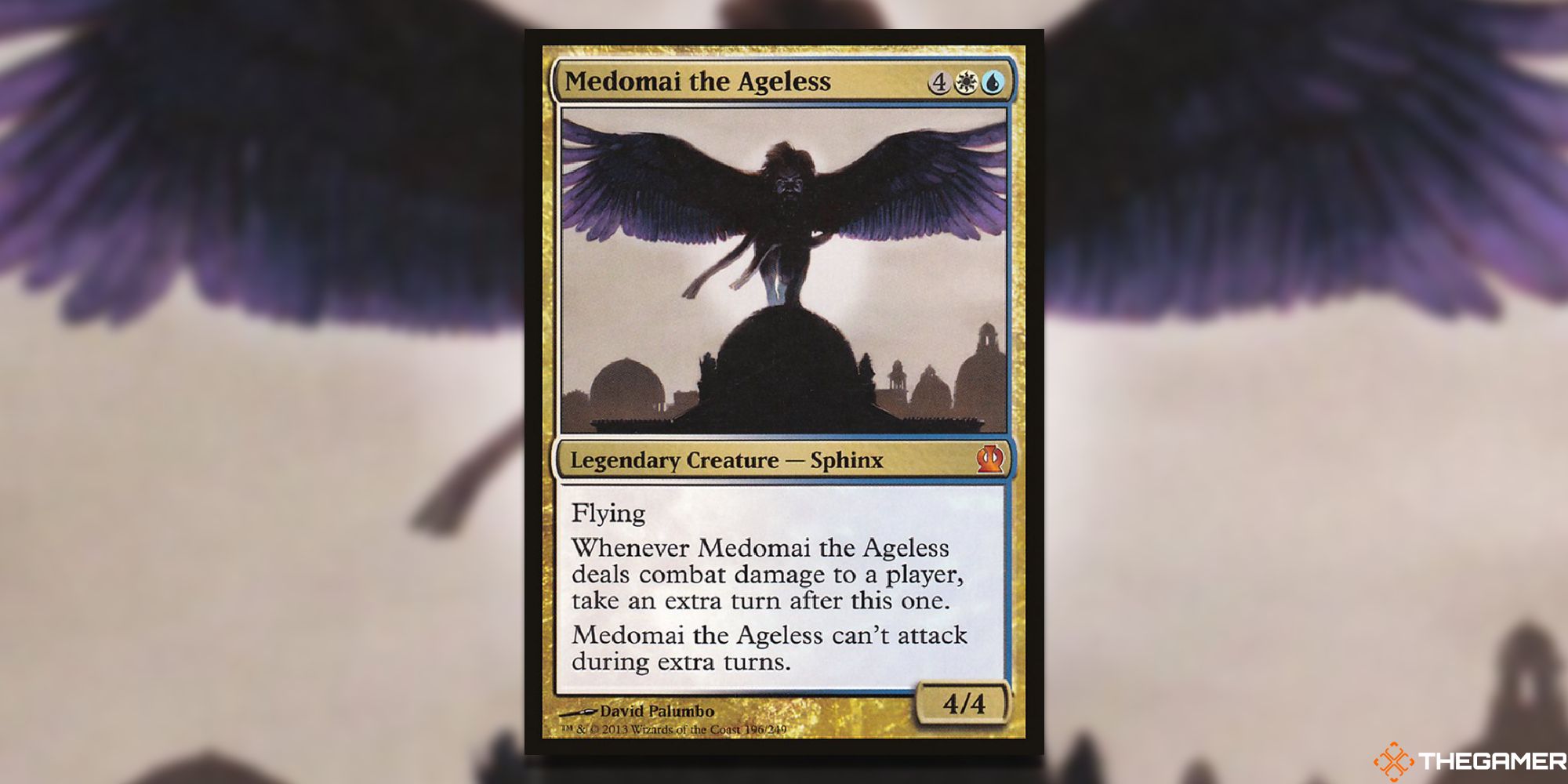 Granted, Medomai can't attack during the extra turn, but he'll be untapped and ready to play some defense while you send in the rest of your flock. The extra turn more than makes up for costing six mana. 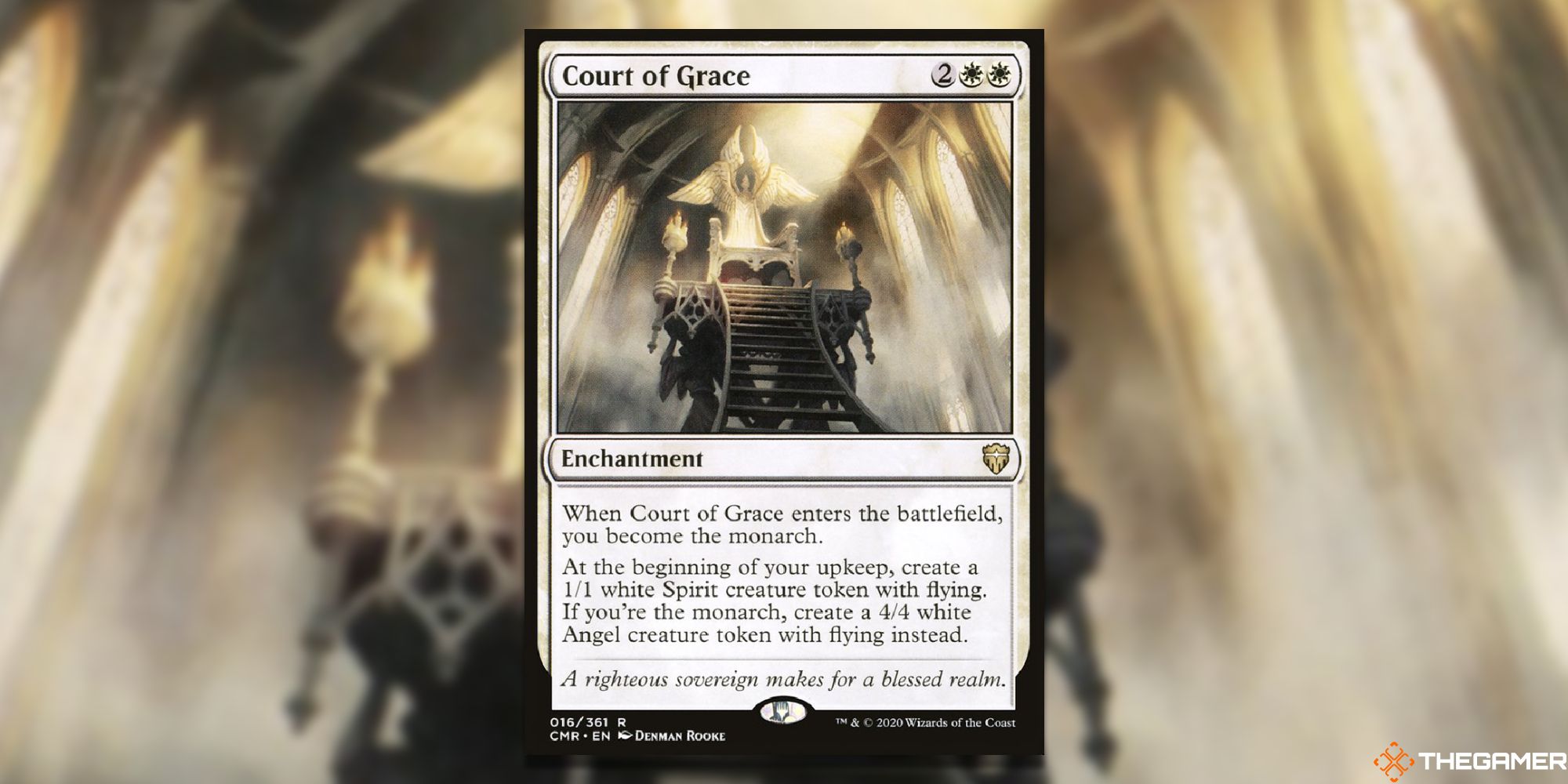 Monarch is a mechanic introduced with Conspiracy: Take the Crown, and it's an absolutely entertaining one, so bring that fun into your Commander games with Court of Grace.

If you can keep your opponent's creatures from damaging you, you'll pump out 4/4 Angels on your upkeep every turn, and draw an extra card. You have to be the monarch to receive Angels. If you happen to lose monarch, well, you'll still receive a creature except it's a 1/1 Spirit. Luckily, both the Angel and Spirit have flying, so they stay true to the theme of the deck and will help you easily take back the monarchy. 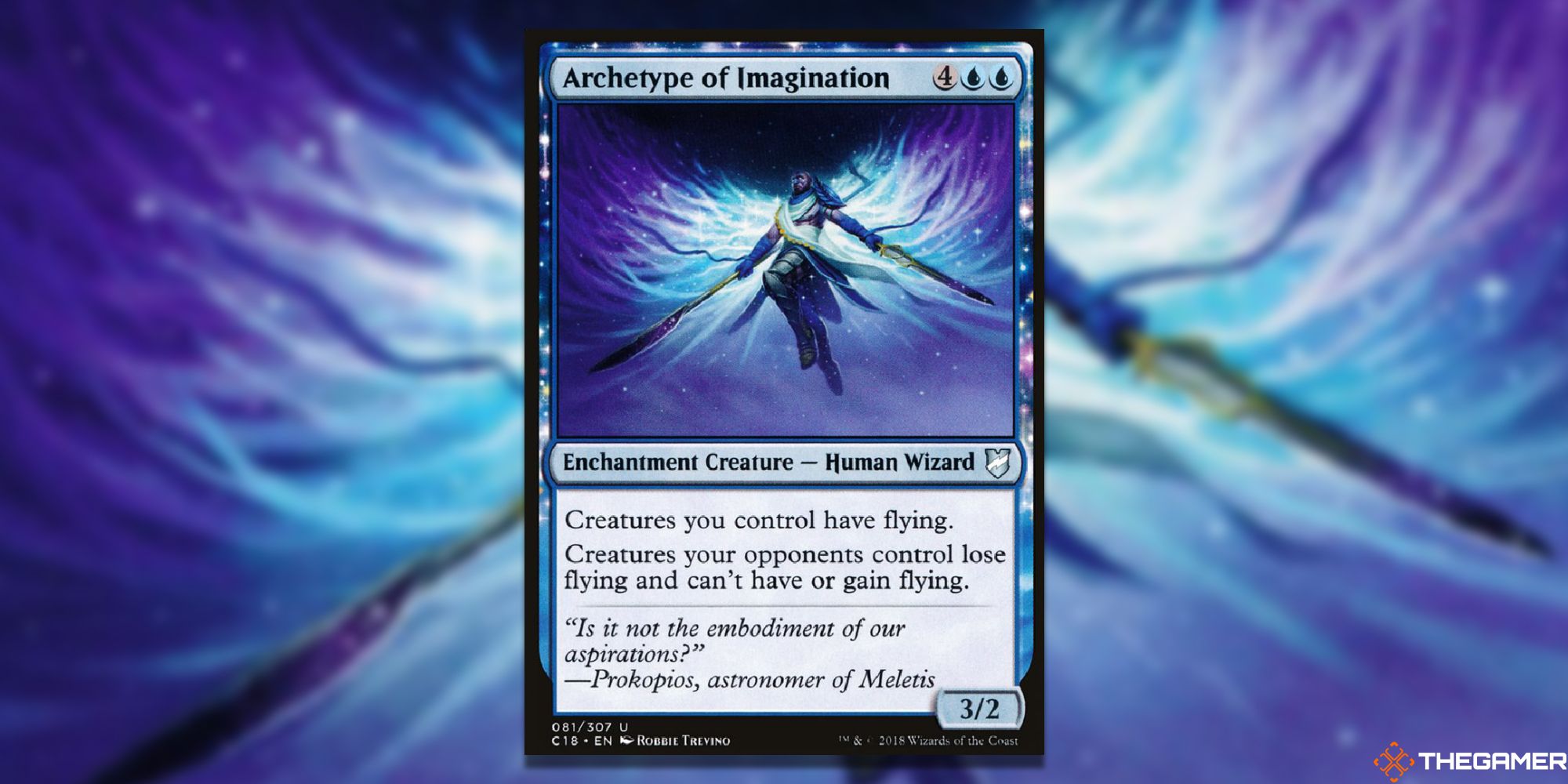 Want to play some Azorius-colored creatures, but they don't have flying? Throw Archetype of Imagination into your deck and fret no longer. Not only will they receive flying, but your opponent's creatures will lose flying, clearing the path to attack.

Archetype of Imagination has a decent body that makes it a good attacker along with your other creatures. Look past its mana cost, because giving your creatures the high ground is invaluable. Even Anakin Skywalker would agree. 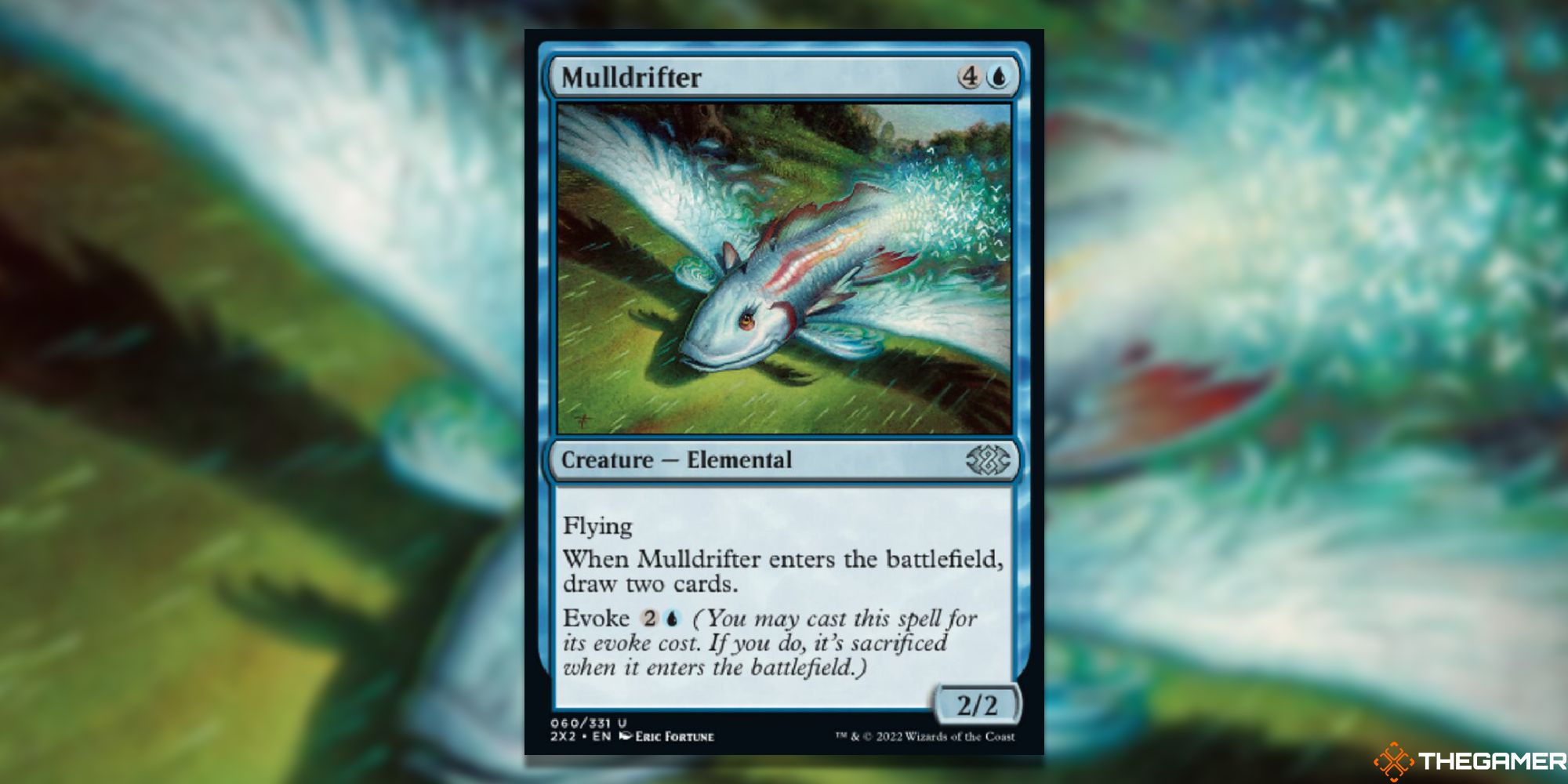 You can't have a deck with blue creatures that fly and not include Mulldrifter. That's probably against the rules somewhere. This Elemental is a Divination on a body. There's rarely going to be a time that you won't have the mana to pay for one blue and four generic, but if you can't, you can still pay its Evoke cost for the card draw.

Work some blink effects into the deck, such as Restoration Angel or Yorion, Sky Nomad; and you'll be able to draw more than two cards off this fish. 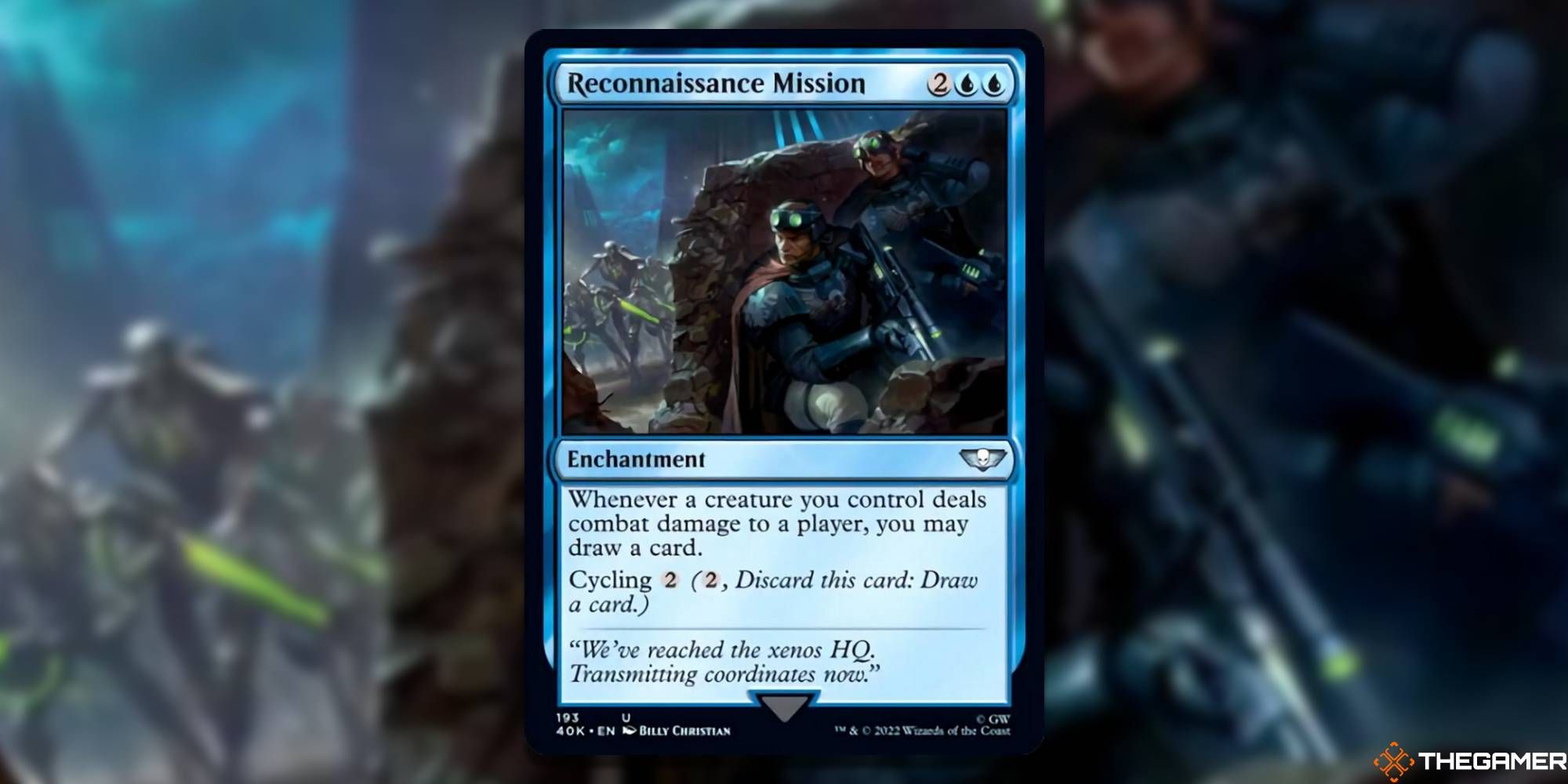 If you've played against Mono-Blue in Standard or Pioneer, you know how obnoxiously annoying Curious Obsession, which is an Aura that draws a card when its enchanted creature deals damage to an opponent, is to play against. That deck always seems to have the right answer right when it needs it.

Well, Commander does it a little better in the form of Reconnaissance Mission. It's like attaching Curious Obsession to all of your creatures. The card advantage is real. It also comes with the ability to be cycled if it happens not to be the correct answer. 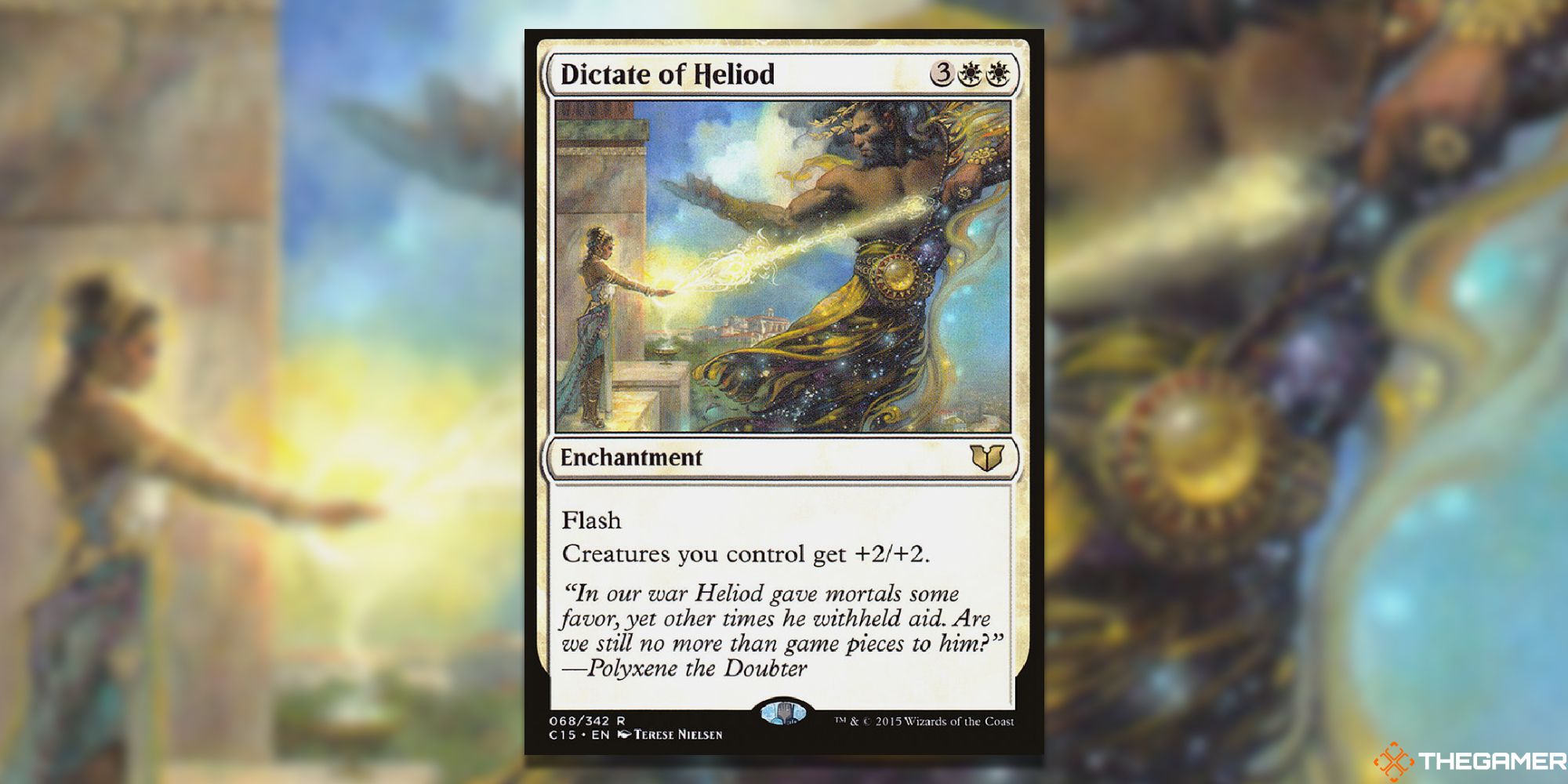 Filling your deck with spells that target and benefit creatures with flying is nice, but sometimes the right spell is an enchantment that benefits all your creatures, despite their abilities. Since Dictate of Heliod has flash, it acts as a nice ambush spell.

So, your opponent might think that when you swing in with everything it's a desperate attack. Meanwhile, you have Dictate of Heliod at the ready and cast it in the middle of combat. The next thing your opponent knows is that they're losing the game.