There are three constants in life: death, taxes, and Madden football. The latest iteration of the football simulator is back with enhanced graphics, sharpened gameplay, and game modes to keep you entertained for countless hours.

Among the game modes on Madden 23 is the classic Franchise. Take control of your favorite NFL team and build them into a Super Bowl contender. In this guide, we’ll analyze how to start off the right way in your attempt to win the Lombardi trophy. 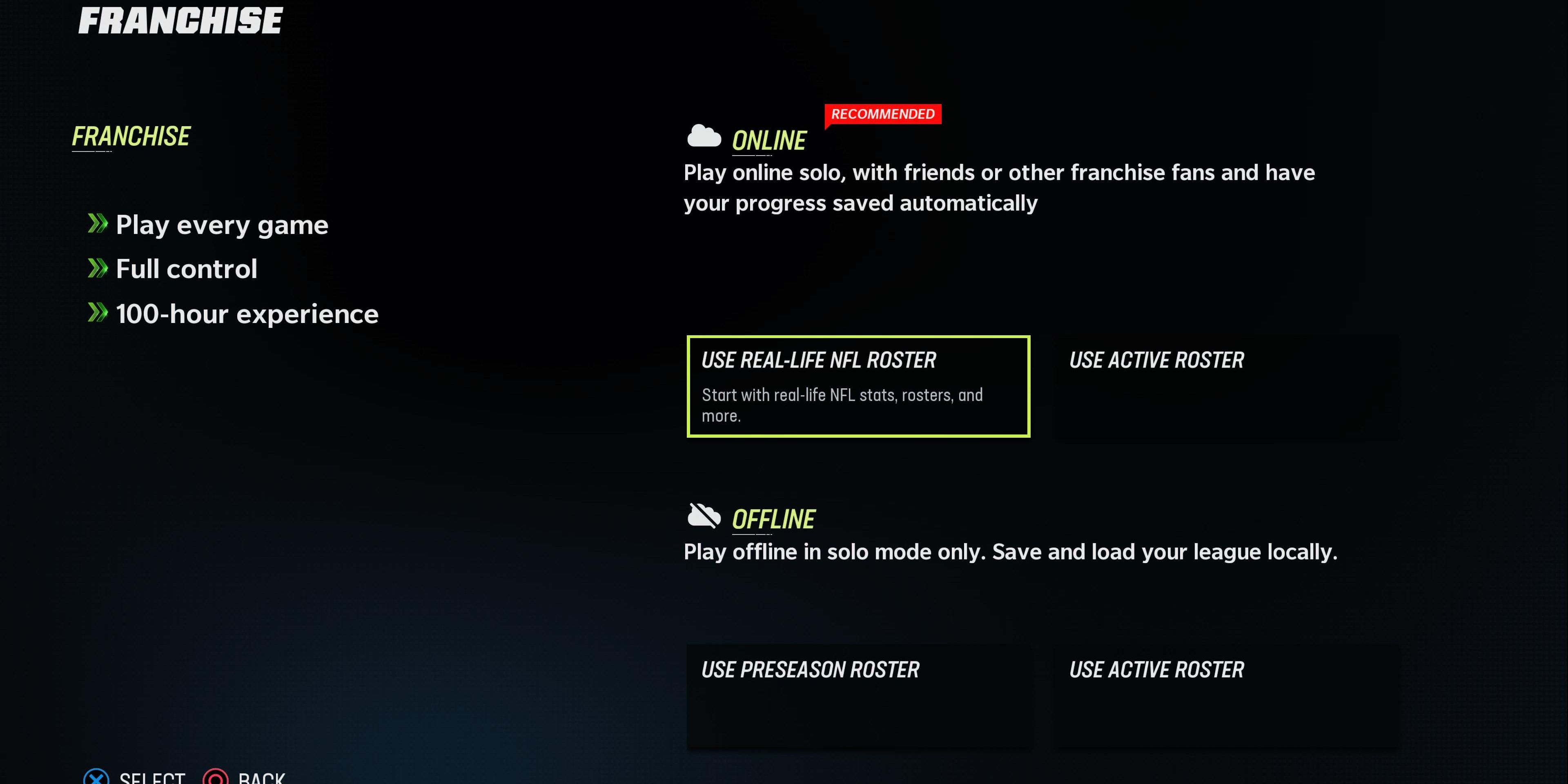 When setting up your franchise, you’ll first need to decide whether you want to play online or offline. This doesn’t mean you’ll be facing off against real people around the world; playing online means your franchise will have live NFL rosters, ratings, and statistics that reflect reality. Choosing offline will simply load the 75-man roster that was set at the beginning of the preseason.

Unless you have connectivity issues, it’s highly recommended to play online. You can also choose to do a fantasy draft by selecting Active Roster. By opting for a fantasy draft, every NFL player will be selected from a pool, so you could have Patrick Mahomes on the Detroit Lions. 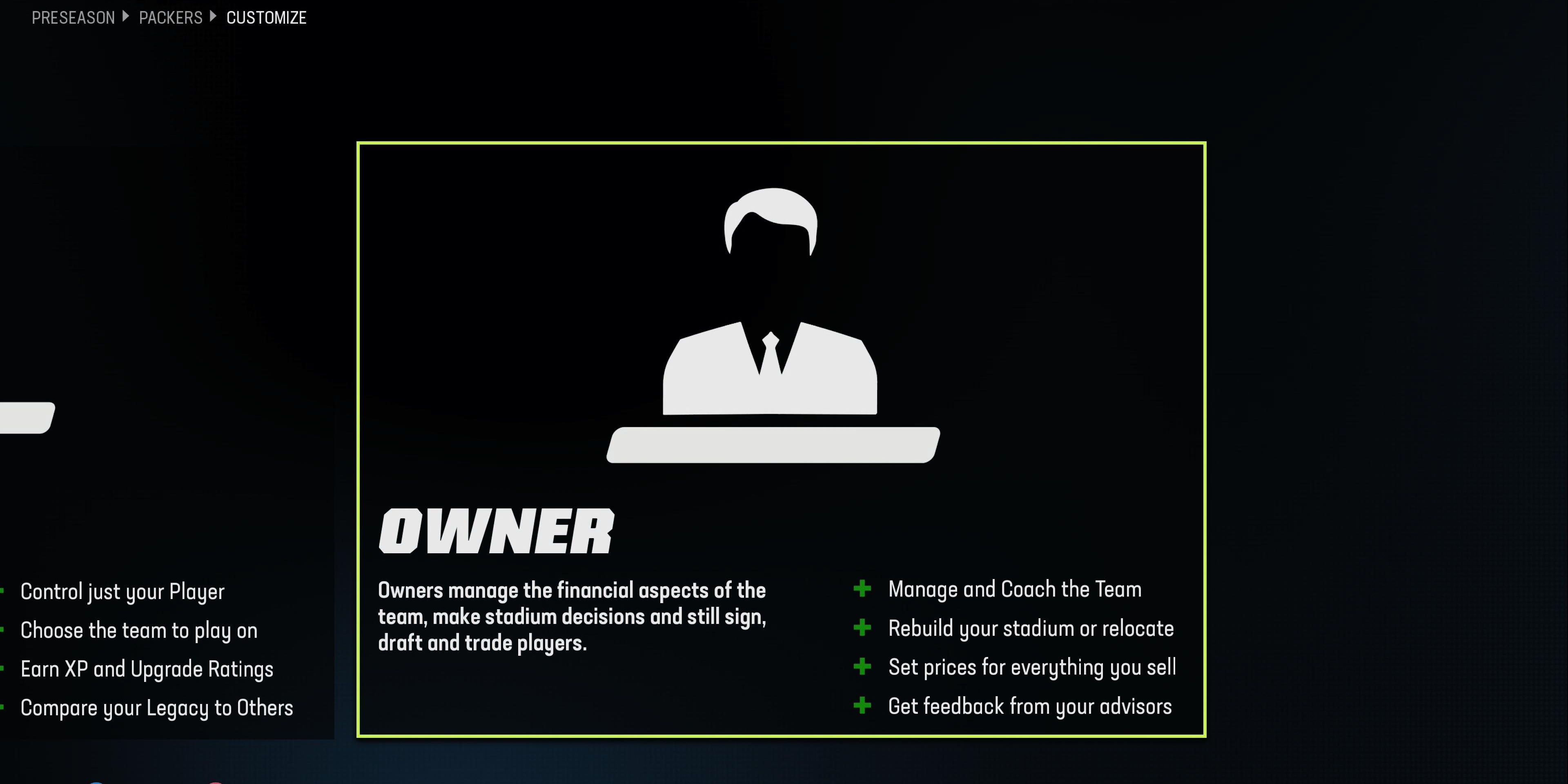 Once you've picked the team you want and whether you’ll be online or offline, it’s time to choose your role. For the complete Franchise experience, you’ll want to be the Owner. As the Owner, you’ll manage all the finances associated with the team, make stadium renovations and upgrades, and be in charge of constructing the player roster and coaching staff. You can upgrade your staff by purchasing Talents with Staff Points that will impact a variety of team-building categories, like free agent signing and trading. There are three different backstories that will impact the start of your franchise: Former Player, Lifelong Fan, and Financial Mogul.

If the financial responsibilities of being the Owner is too much, you can stick with simply being the Coach and just play the games, or you can also choose Player. Either create your own player or choose an active one and control this specific player to (hopefully) a Hall of Fame career. Choosing to control a player is similar to the Face of the Franchise, but here you’ll be able to select any active player if you don’t want to create one. 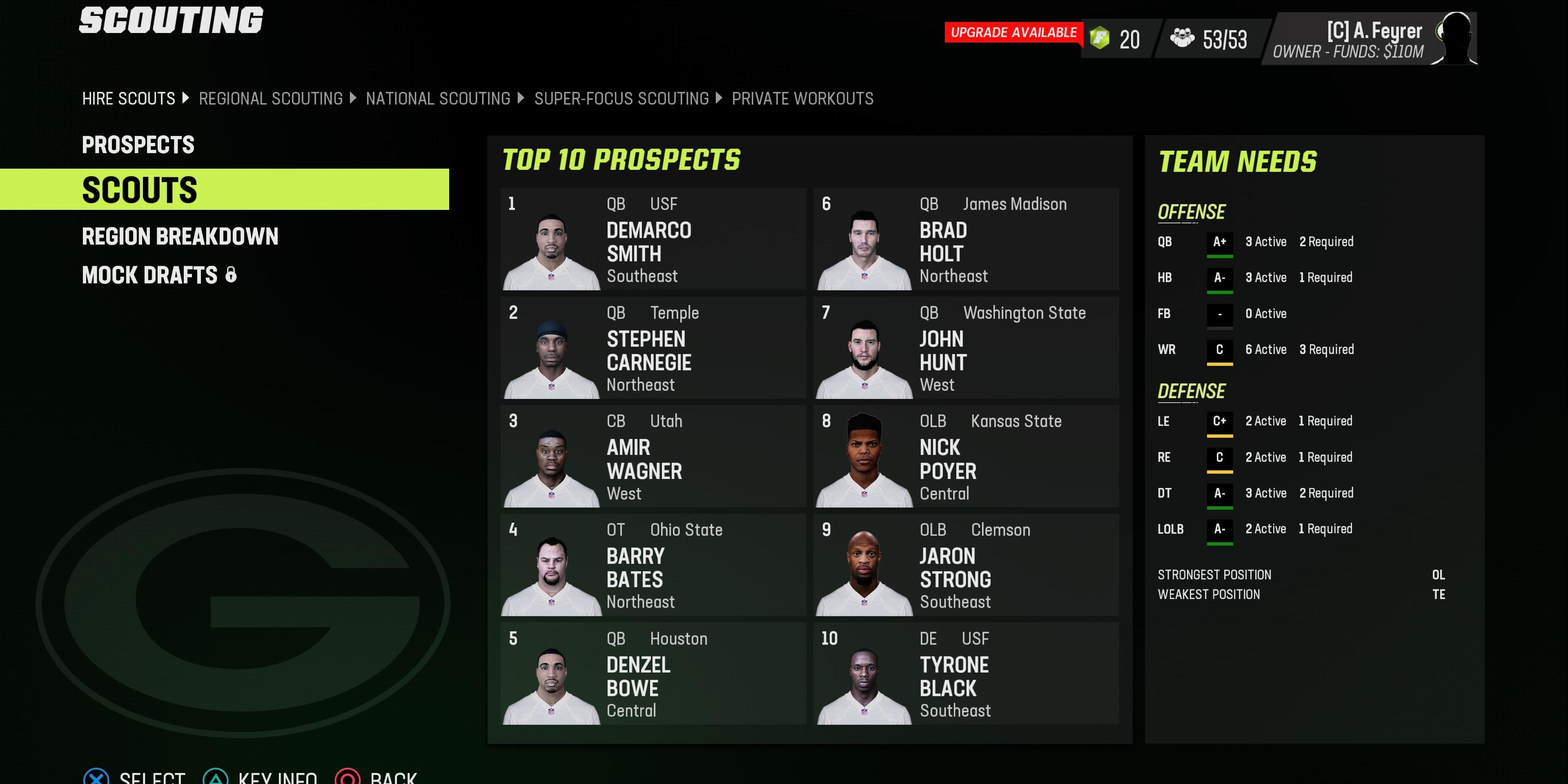 Having a competent scouting department will help filter the good prospects from the bad. From the first week of the regular season, you’ll have the ability to hire scouts and prioritize which region and position they evaluate. Each week, you’ll receive reports on the draft class that will help you prepare for the NFL draft at the end of the season. 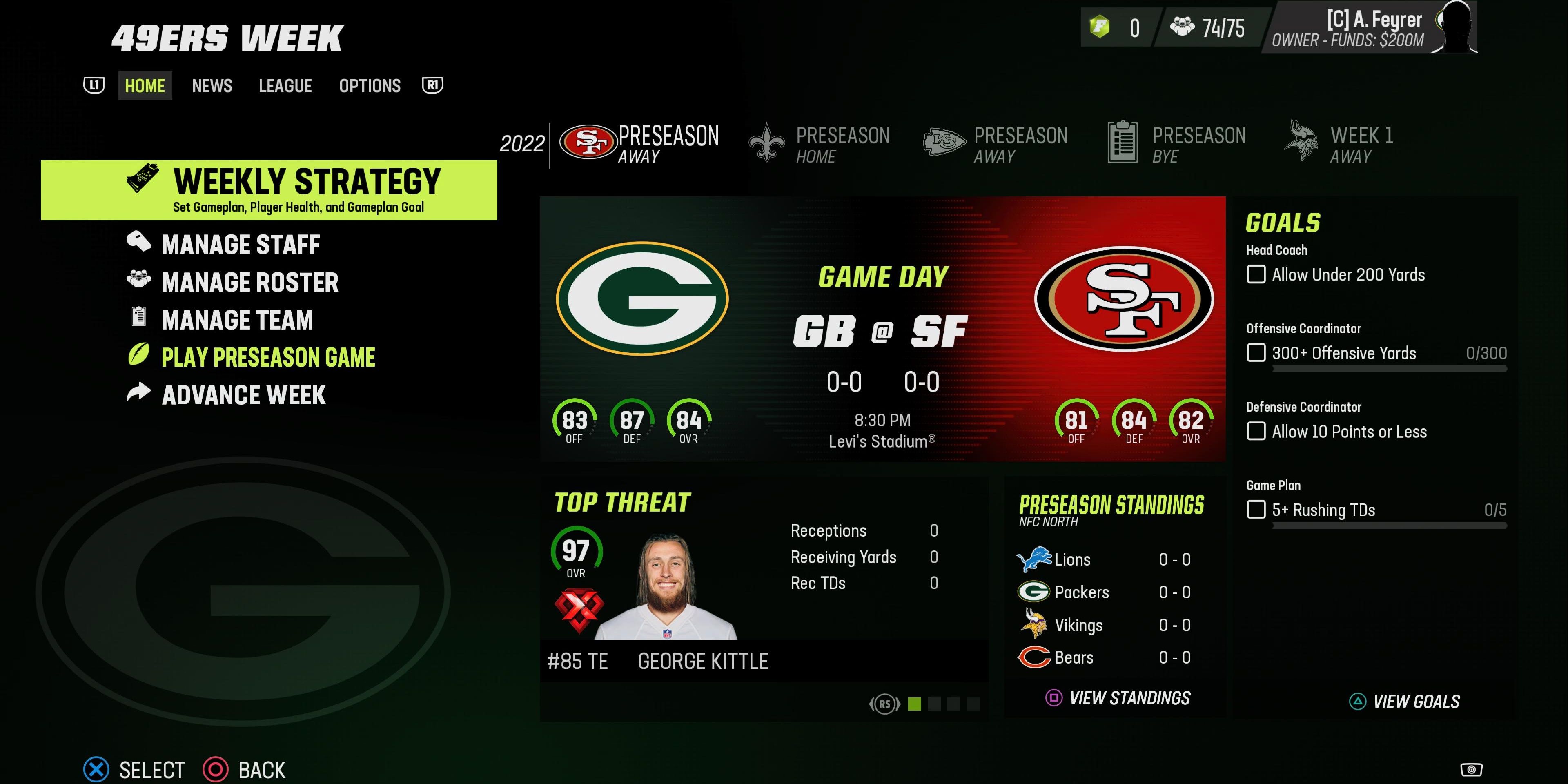 Before each game, you’ll have the opportunity to prepare for your opponent. Practice days can be adjusted to follow a specific strategy that coincides with the opposing team’s offensive and defensive tendencies. Once your team is ready to go, there are three different ways to play: Play The Moments, Play Full Game, or playing only Offense or Defense.

If you’re looking for quality experience without spending too much time, Play The Moments is the perfect choice. Roughly 20 minutes of game time, this mode simulates much of the “boring” plays in football, and only taps you in for the crucial plays. These might be critical third downs, red zone opportunities, or two-minute drills. Playing the complete game gives you the most control, but comes at a cost of nearly an hour of game time, depending on the length of each quarter. After each game, you’ll have to answer a media question that will provide various boosts or hindrances to your franchise.