Each character has their own distinct playstyle, as well as their own unique set of equipment and craftable gear. One of the first characters you get to play as, is the grizzled Detective, John Murphy. He’s a no-nonsense kind of guy packing not only a pair of barrels on his shotgun but also a belt of grenades for when things get hairy.

Who Is The Detective? 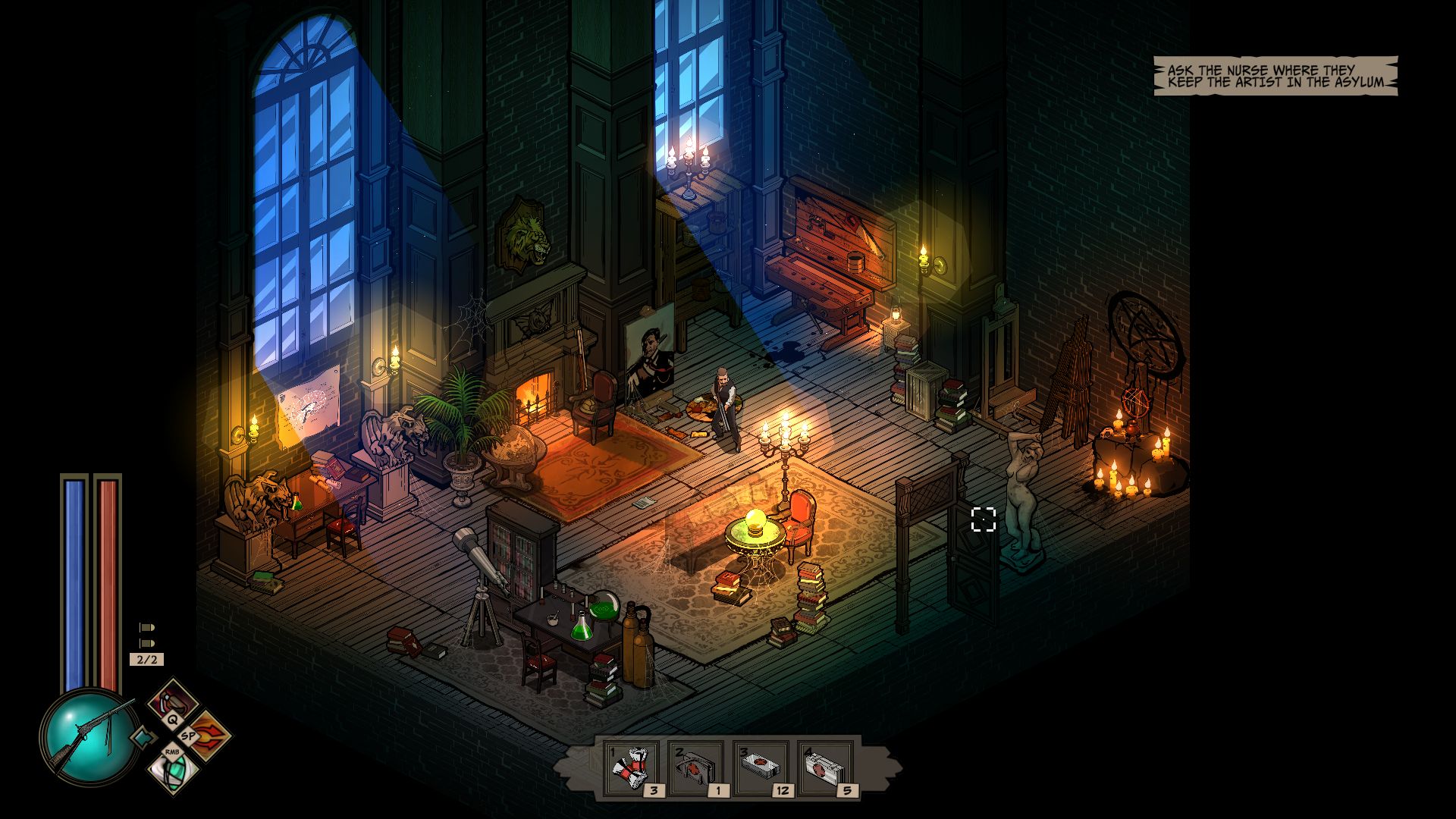 The Detective is one of the starting characters. He is by far the easiest character to pick up and play, and out of the three beginner characters, he is the closest to a “traditional” run-and-gunman. Right out of the gate, his kit provides him with a powerful weapon, a decent set of abilities, mobility and great starting HP. Easy pick for anyone to pick up and learn Lovecraft’s Untold Stories 2. 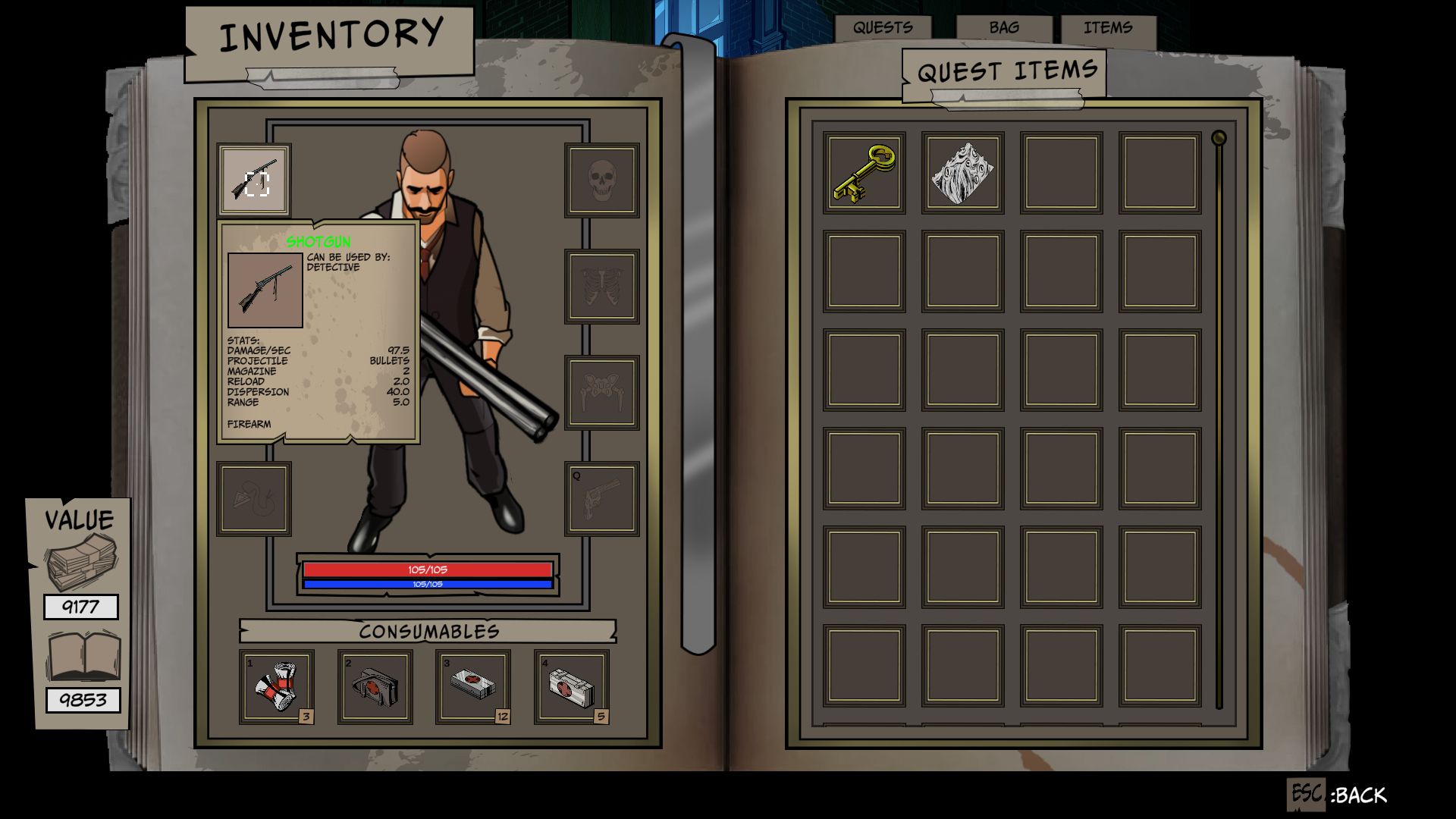 The Detective has access to a bunch of weapons, the catch is that they are all locked behind loot drops and crafting recipes. Sure, packing a Tommy Gun might seem like a good idea, but getting your hands on one might take some time. Whilst you wait, you have access to the situationally excellent (and mundanely named), Shotgun.

As you can see by these stats, the Shotgun deals great damage but comes with several drawbacks. Firstly, the Shotgun only holds two shells at a time and has a long reload timer. This means you are going to have to make every shot count, because fudging a blast is a lot of damage missed, and a lot of time to replace

On top of that, the Shotgun disperses its pellets at a wide angle. If you are too far away from the enemy, you are not going to land all of your damage. This forces you to get up close and personal, which is not always the best place to be. Finally, the range. The Shotgun does not have a lot of range, and you will frequently have to close the distance to deal damage. This makes the Detective vulnerable to enemies with longer-range weapons – aka, all of them. 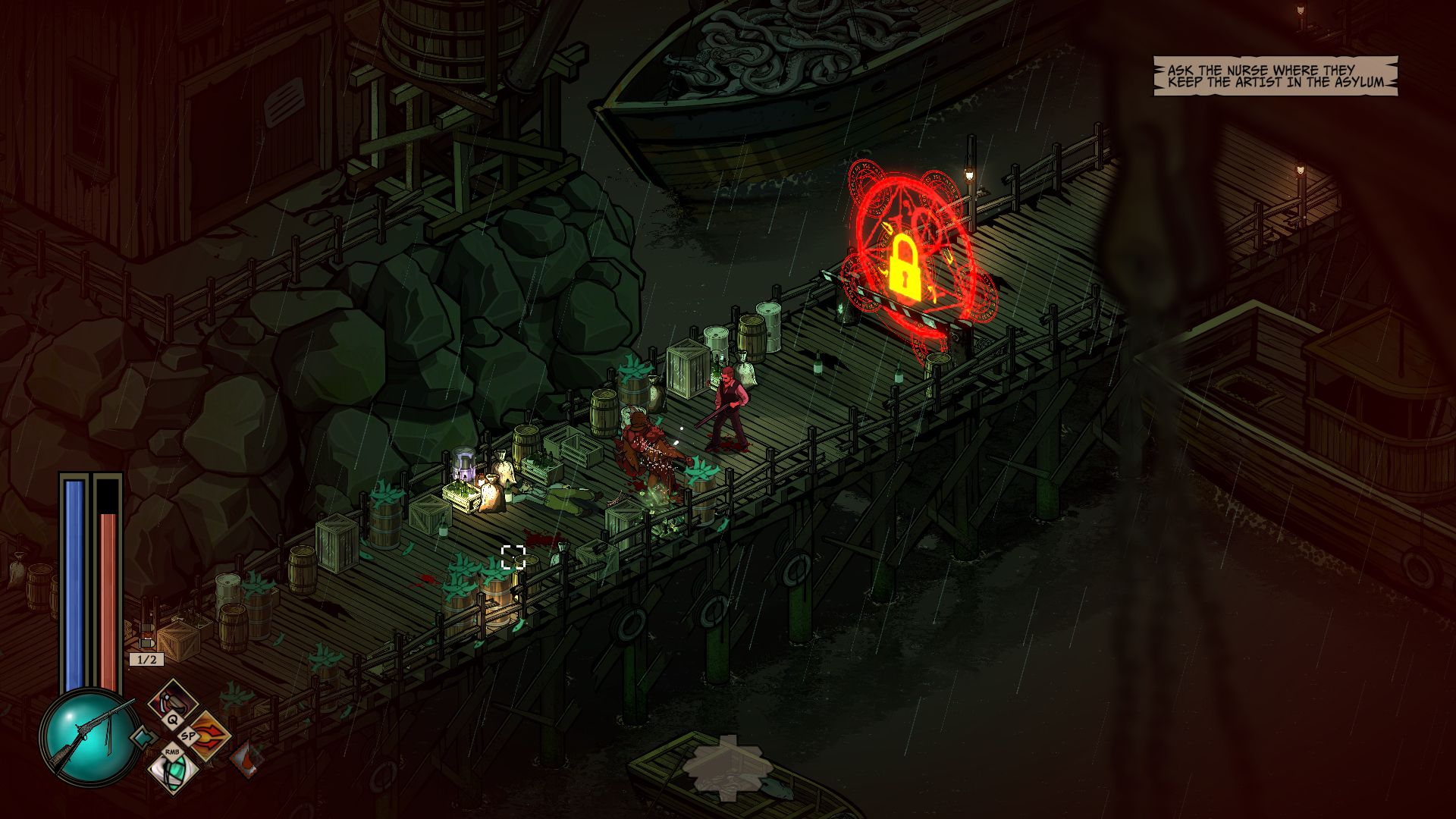 Rounding out the Detective are his abilities, which just so happen to complement his Shotgun nicely. Off the top, we have Throw. This allows the Detective to throw all kinds of explosives at the enemy – providing you have something to throw in your inventory. As standard, the Detective comes with devastatingly powerful Grenades, although can use Molotov cocktails and other explosives in a pinch.

Next, we have Roll. This ability defines the Detective and gives his kit the means to function. We are not exaggerating when we say the Detective would be awful to play without this one skill. When used, the Detective will roll in your selected direction, negating all damage during the animation. It's fast, has a short cooldown, costs very little energy, and lets you escape danger at the last second.

Finally, Bash. Bash is easy to forget in the heat of battle because it doesn’t do damage and you are probably more concerned with shooting something or rolling away from it. Overlooking Bash, however, is a grave mistake. Bash will stun any enemy hit in a wide arc. This slows them down drastically and lets you kite entire hordes with ease. The effect also lasts a surprisingly long time.

Battle Strategy When Using The Detective 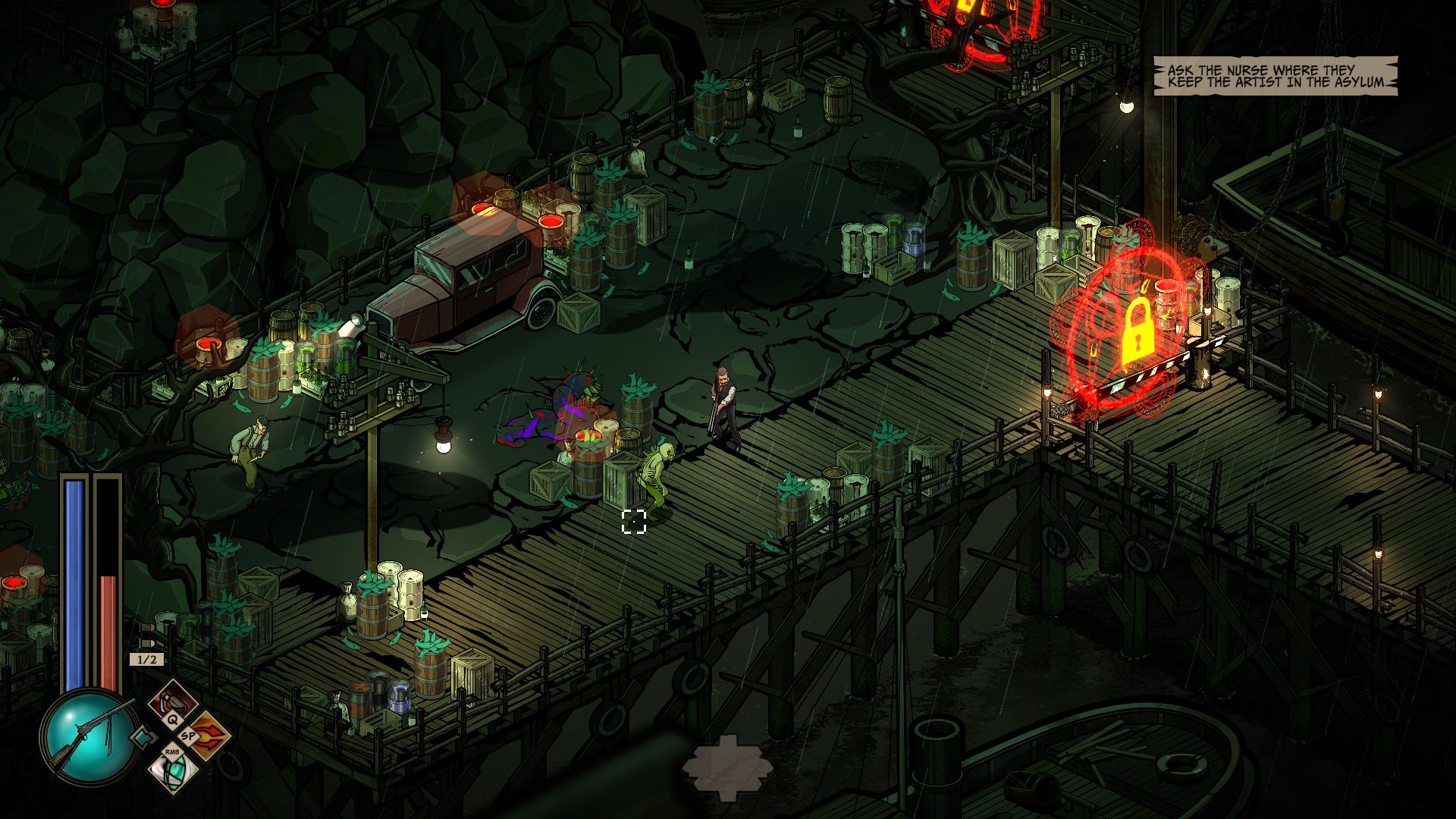 The Detective is the epitome of hit-and-run. His whole playstyle, at first, is to get in close to deal maximum damage, and then roll out before enemies can get their hands on him. The ideal play would be to: roll in, bash, walk backwards and shoot twice. This combo will stun most groups, if you are quick, you will avoid damage, and you will, in turn, deal maximum damage.

If you have access to explosives, then the Detective has another trick up his sleeve – throwing bombs. You can throw them and lead your target if you want, but the best way to land a killer grenade (for example), is to move into range, Bash, and then roll away. You can now throw your grenade into the stunned-horde and likely kill them all. With efficient kiting, you can clear entire rooms like this.

Finally, sometimes you just need to blast things. Enemies can get overwhelming, and if you don’t have explosives, you are in a bit of a bind. That being said, your Shotgun is technically an AOE weapon, so you can use it to deal damage to multiple enemies. This is generally a good idea for weaker enemies as the reduced damage is less impactful.