Lost Ark: Where To Find Every Mokoko Seed in Xeneela Ruins

Things take a gloomy edge when you enter the Xeneela ruins area of Lost Ark. After the colourful and upbeat start to the Rohendel continent, it's clear that things are starting to get serious now. But the steady stream of mokoko seeds isn’t slowing down, with another nine to be found spread across this expansive map.

You won’t need any beer for these, but the probably now familiar Rohendel tropes are otherwise on show. You’ll need to have learnt the Song of Eternity sheet music (received when you hit 60 percent completion of your Adventurer’s tome) to access three of the seeds, this time by moving rocks. You’ll also need to have reached 250 Kindness and made the Ether Essence also required for your tome. 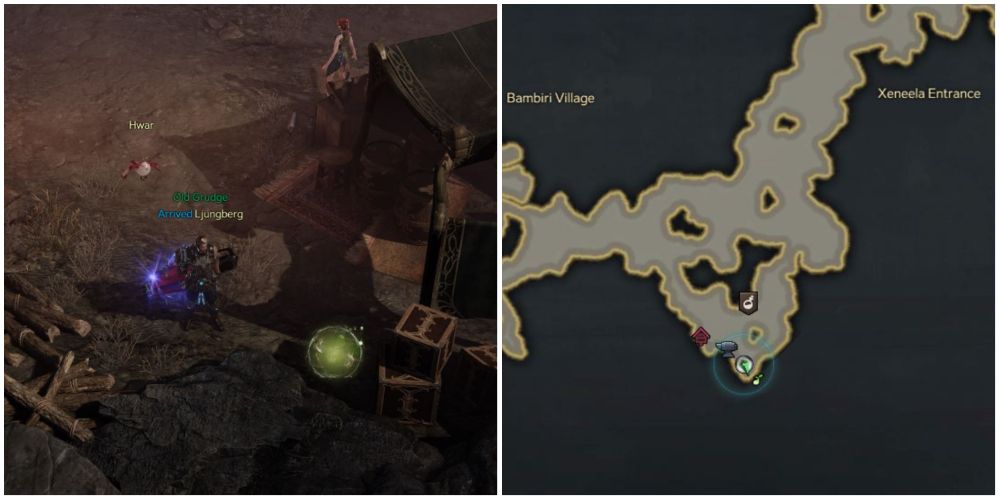 If you enter Xeneela Ruins from the Breezesome Brae portal, work your way first west and then south into the first Sylvain encampment.

Head right into its southern corner, beyond Repairer NPC Iker, to find your first mokoko seed in clear sight on the ground in front of some boxes, just outside a green tent. 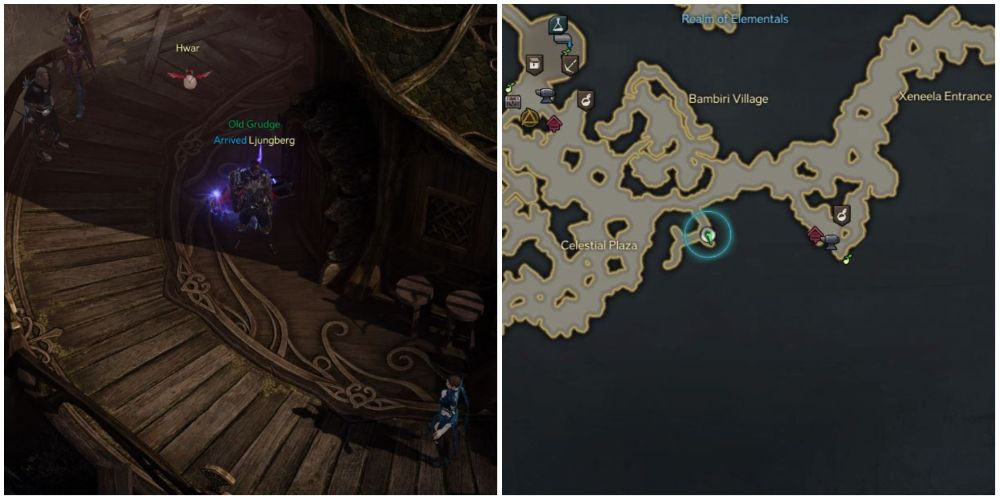 Head west from the encampment towards the Bambiri Village, but at the fork, instead take the left-hand path towards Celestial Plaza.

Stick to the left (south side) of the fork, and you’ll soon come to a wooden jetty going south. Head across to a circular platform with a round hut in the middle. If you have 250 Kindness, you’ll be greeted by the nameless NPCs here and be able to enter the hut to find your next mokoko. Otherwise, you’ll need to return later when you’ve completed more selfless acts. 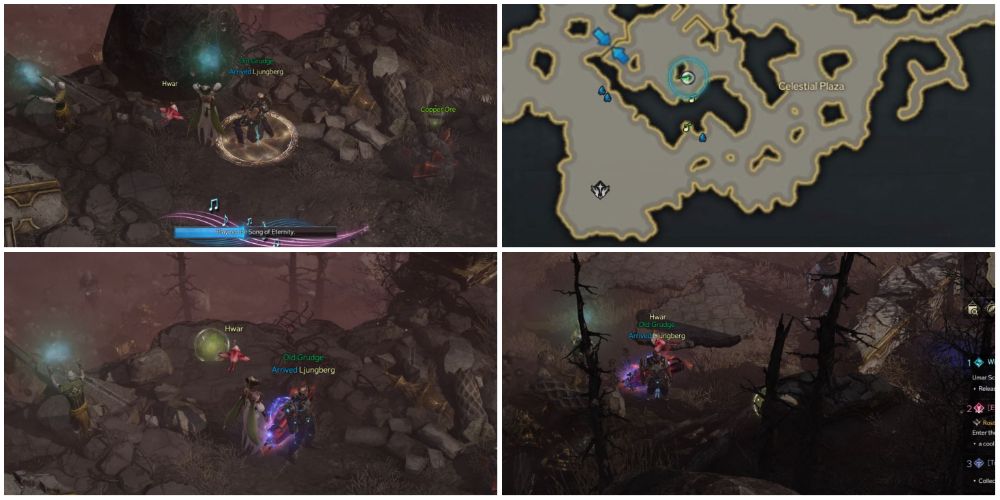 Leave the jetty and continue your journey southwest. Stick to the right (northern edge) of this wide path but ignore the two paths heading north.

Just beyond the second, smaller northern path, you’ll come to several unnamed NPCs using their magick to move the rubble here. On the cliff edge is a huge round black boulder. Play the Song of Eternity here to make it momentarily disappear, revealing your third mokoko seed.

Now head back east just a short way and take the northern path down the slope. At the bottom, turn left and hug the southern edge of this area until you’re basically below where you just found the last seed. You’ll see two pieces of attachable, floating flooring. Destroy them and step into the space they were in to reveal an investigation icon – and your next mokoko. If you’re slow, the flooring can reappear and trap you – but you simply need to destroy it again. 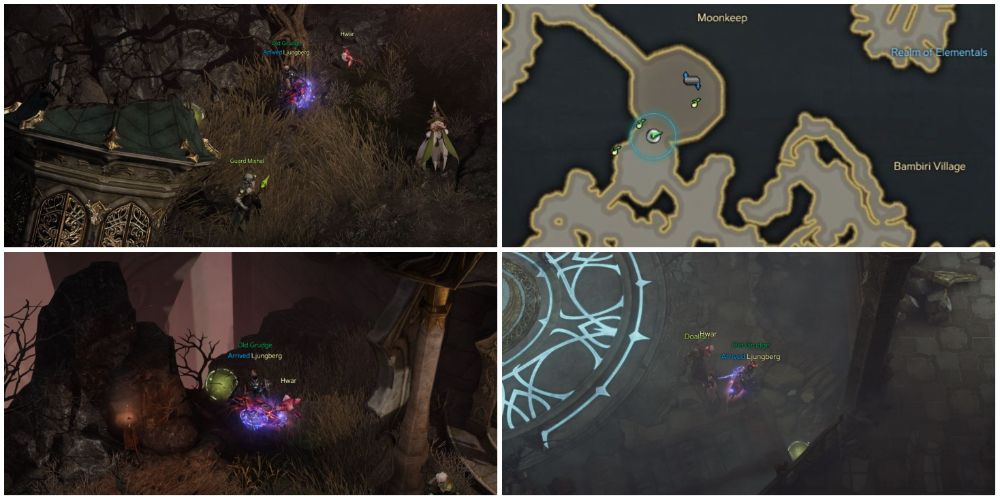 Head north out of the ruined Celestial Plaza and up to the Moonkeep. Walk over to where Storage Keep NPC Tasel stands, to the left of the keep entrance in front of a collapsed building. Guard Mishal stands just above her – and behind the guard, obscured by the roof of the building, you’ll find another seed.

Walk a little way north, just to the left of the entrance to the keep. On the edge of the cliff in the corner, you’ll see another giant black boulder. Play the Song of Eternity once more, and the sixth mokoko seed of Xeneela Ruins will be revealed underneath.

Now enter the Moonkeep itself. Turn right once inside and follow the broken path as it goes around to the left and to the lift down. Take the lift to the basement and walk south, into the southeast corner of the room. A large bookshelf has collapsed and fallen. Tucked in behind the end of this bookcase is another mokoko. 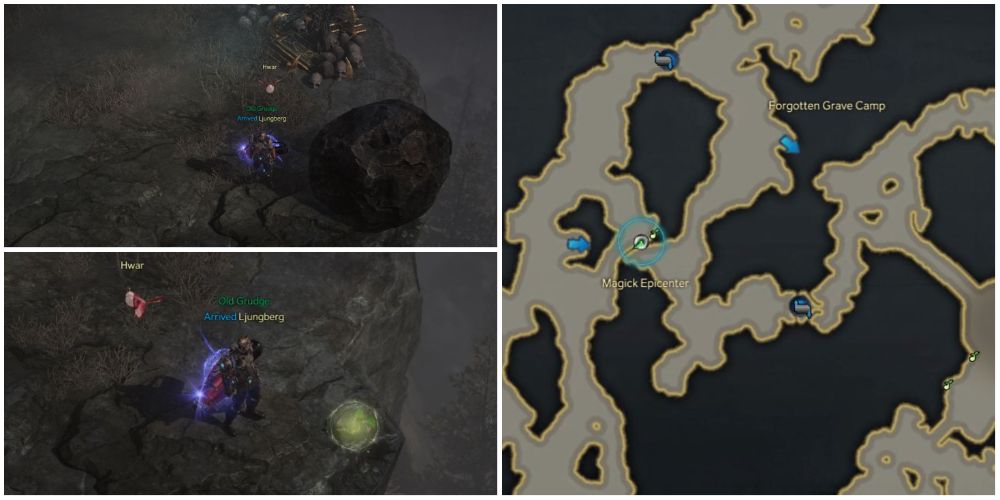 If you opened up the Contaminated Village Triport, head over there now – otherwise, you’ll have to work your way across to the Blast Zone either by leaving Moonkeep northwest and using the lifts – or leave it southwest and follow the path the long way. If you’re at the Contaminated Village, leave it to the west and use the lift that enters the Blast Zone.

Go south, keeping to the eastern edge of the map. You’ll come to a point where the path thins as it goes a little southwest. At the corner here, you’ll see a pile of skulls and what look like grave lids – and a now familiar huge black boulder. Play the Song of Eternity once more, and the boulder will fall off the cliff, revealing seed number eight. 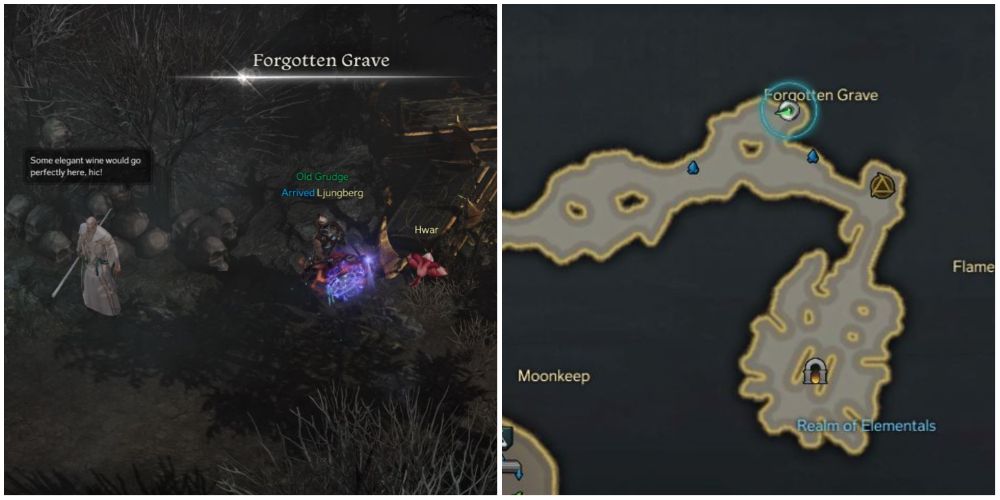 Finally, head over to the Forgotten Grave Triport. Follow the path west and stick to its right (northern) edge. You’ll soon come to some battling Sylvains, including one in long white robes carrying a white staff.

You’ll need to drink some Ether Essence here to be able to access a secret area. It’s a complex cooking item you need to drink for your tome – but once you have, you can have it refilled relatively cheaply with Cook Ailara in Rohun. Once this is done, you’ll have all the mokoko seeds in Xeneela Ruins.