Little Noah: Scion Of Paradise – How To Defeat The Titan

Ruins in Little Noah: Scion Of Paradise are extremely dangerous in general but fighting a boss takes it to the next level. Every area in the ruins contains a mini-boss fight in the third section and then a boss fight in the fifth section. Titan is the first boss located in the Floating Ruins area. There are three types of Titans, namely: Titan, Titan (Glaive), and Titan (Hammer).

After defeating Titan, you will progress to the next area, which is called Winding Caverns. But, it is no easy task to defeat this humongous enemy. If you're not careful, it can knock you out in a heartbeat and make you start all over again. However, with a few tips, you can easily take advantage of its weaknesses and claim your victory.

How To Counter Titan's Main Attack 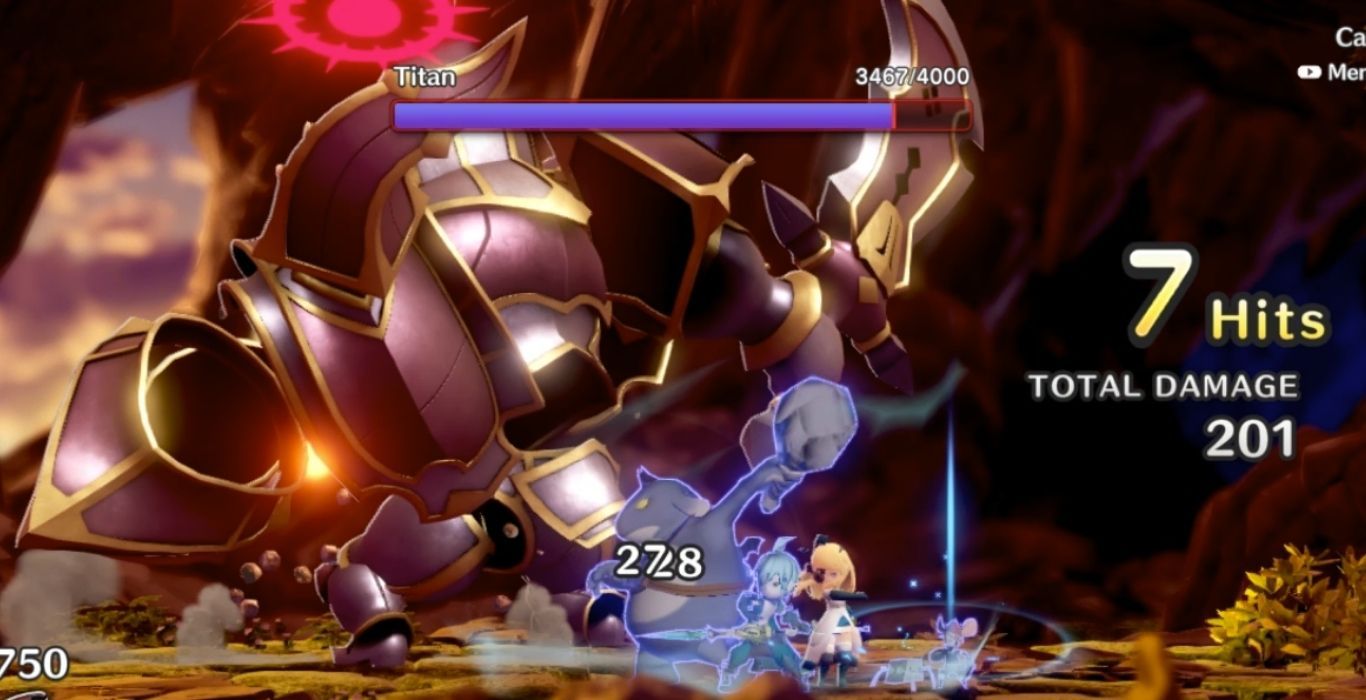 If it's your first time fighting the Titan, there will be a bit of dialogue as soon as you enter the boss room. Once that is done, Titan will do its cliché boss roar. After this, it will jump to the extreme right of the screen and begin its main and most common attack.

The Titan will jump very high in the air and stomp back on the ground with its weapon in front. This covers a huge area in the direction the boss is facing and if you get hit by it, you'll take a significant amount of damage. This attack is the same for all three types of Titans.

To counter this, you need to hug the boss when he goes to the extreme right and wait for it to jump. As soon as that happens, dash towards the right to get behind the boss. This is Titan's weakness as it can't turn while it is doing this attack. You can simply spam-attack it and use all your skills while it continues the attack.

All three types of Titans do the jump and stomp three times before going back to the right side and performing their next attack. During this time, they can't turn around, and the players can hit them as much as they want from behind.

How To Counter Titan's Ranged Attack 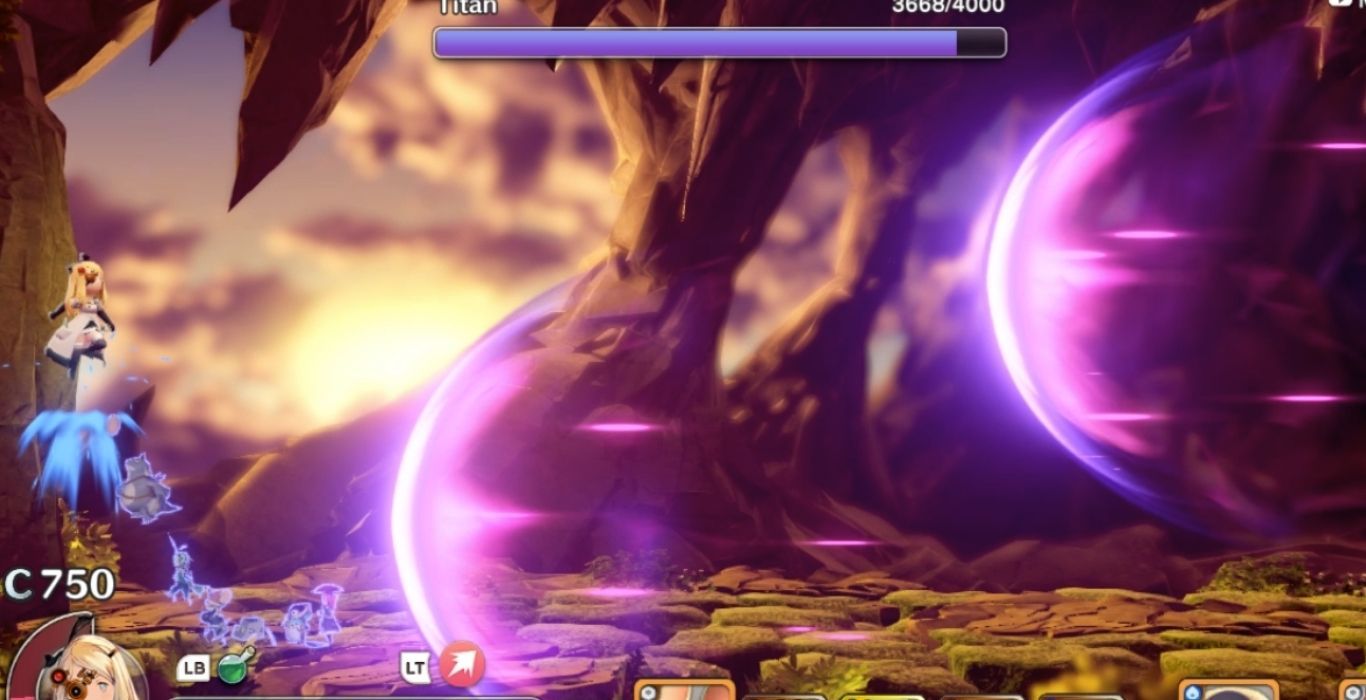 Once the main attack is finished, the boss will again go to the extreme right but this time, do not follow him to the right as that is a death trap. These moves are always performed alternatively so if the Titan has just finished the main attack, it will certainly go for the ranged one afterward.

Once it takes its position at the right again, the boss will unleash a range wave attack on the player. This is slightly different for every type of Titan. The normal Titan unleashes a big purple wave at the bottom followed by one at the top. It's the same for Glaive Titan except the wave looks a little different.

To dodge this attack, players need to jump over a little before the first wave reaches them (roughly the same distance as shown in the picture above), and then let Noah fall down just before the second wave. The Hammer Titan has a slightly different attack as it sends a wave of rocks. This can simply be dodged by jumping over them.

This attack gets enhanced once the boss drops below 50 percent HP. In the enhanced version, the normal and Glaive Titan release five waves while the Hammer Titan releases three of them. These aren't that hard to dodge but make sure you don't dash forward while jumping up to dodge this attack as it will most likely get you hit by the next wave.

How To Counter Titan's Shockwave 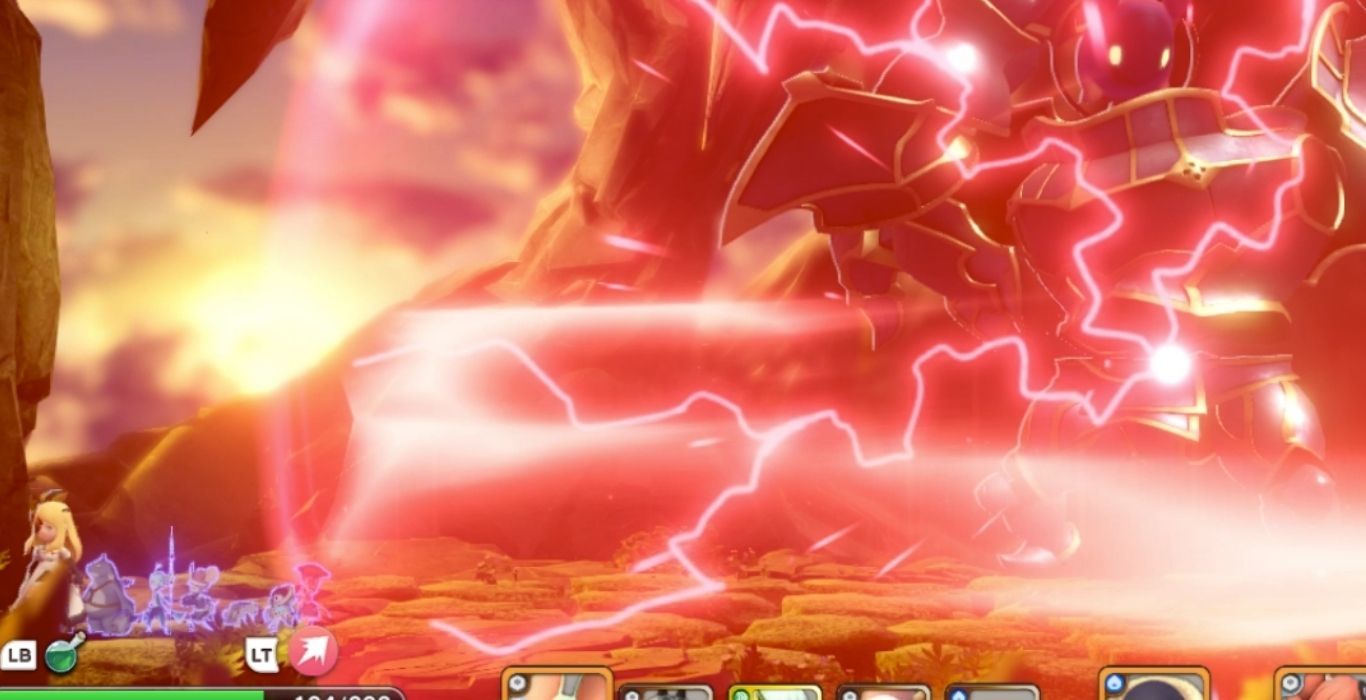 After the ranged attack is finished, the boss will jump in the middle and perform a shockwave attack. This particular attack defers for every single Titan and thus, they all have a different counter to it. When the Titan is below 50 percent HP, the shockwave attack of every Titan will make random boulders fall from the sky as well.

The normal Titan's shockwave attack is the simplest yet the most fatal one. After gathering energy for a few seconds, it unleashes a huge shockwave that covers almost the entire room. Although to dodge this, all you have to do is stand in either corner of the room. Make sure you're hugging the corner.

The Glaive Titan's shockwave is a little harder to counter. While it's gathering energy, stay in a corner as you would with a normal Titan, but after that, the boss will release a bunch of boulders that fall everywhere on the battlefield, including the corners. During this part, just dash towards the boss and give it a hug as you'd be safe there.

Finally, when the Hammer Titan activates its shockwave, random rocks start dropping from the sky. These can drop anywhere but are easy to sidestep. Make sure you don't take damage from one of them while you're busy attacking the boss from behind, and you'll be good.

Noah Little usually attacks using lilliput but if you have filled up her burst, it can be used to deal massive amounts of damage to the enemy. The best time to use the burst is when the Titan is doing its shockwave attack as it stays still for a long time.

Noah is completely invincible throughout the burst animation, which lasts almost as long as the shockwave attack if you time it right. This way, you dodge any oncoming damage and the boss can't avoid any of your burst's damage. 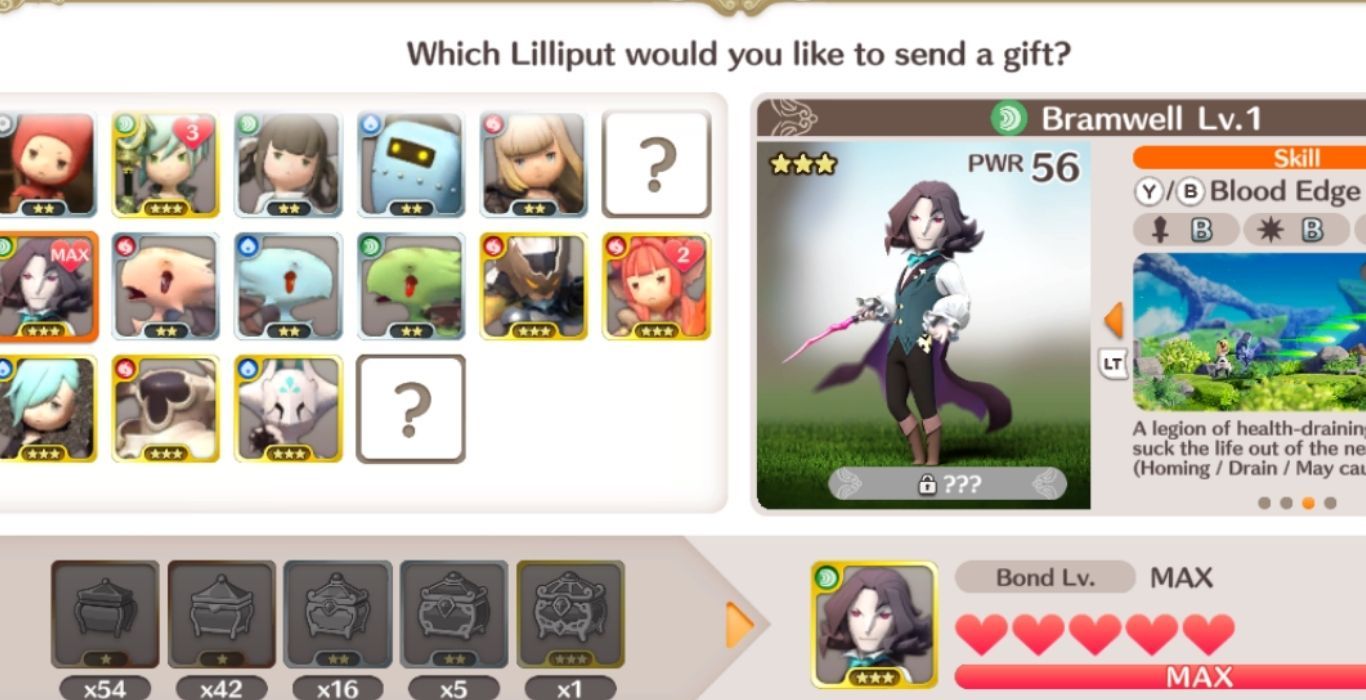 While you can win this battle with any set of lilliput, even the starter ones, your life will become much easier if you can get your hands on some of the lilliput that are good against it.