Kingdom Hearts Dark Road's finale has finally revealed why Xehanort is bald and, typical for the series, it's incredibly confusing.

After being delayed by several months, the finale to Kingdom Hearts Dark Road finally released today, capping off the story of young Xehanort and Eraqus and possibly dropping some information that might end up playing a role in Kingdom Hearts 4. Forget all that though, what we really want to know is why Xehanort is bald, something that typically just happens to people but was hyped up by Nomura to be a grand reveal.

Before the release of Dark Road, Nomura commented on its fairly substantial delay and also teased that we'd finally find out why Xehanort went bald. He said, "The plan received further changes after that, and I had the team's scenario writers make adjustments to focus solely on Xehanort. However, I felt that we were losing too much by making all of these cuts, so I decided to add them back in at the end. As I said at the event, you'll even learn why Master Xehanort became bald". 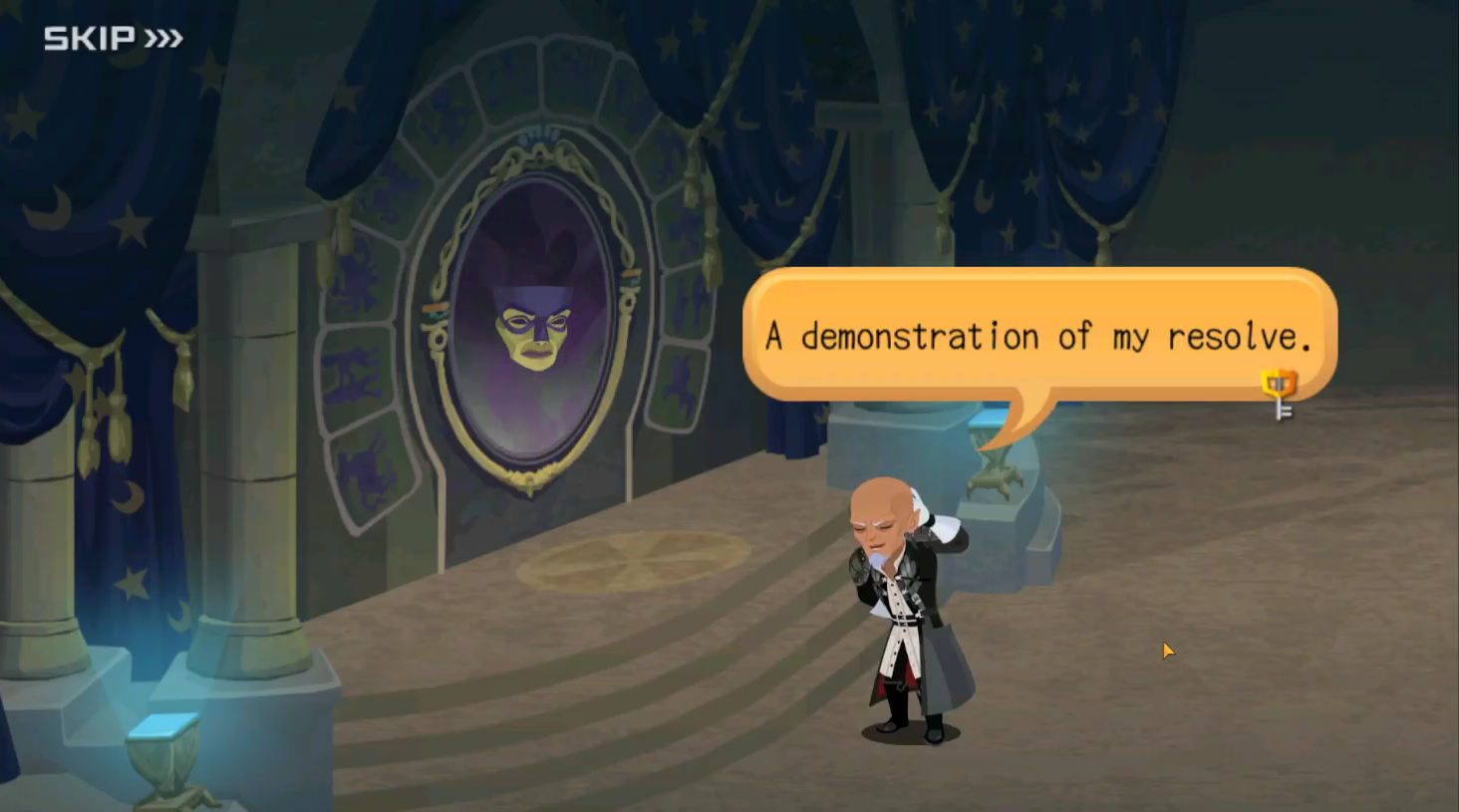 Now that the final episode of Dark Road is out and streamers like damo279 have played through the whole game, we finally have our answer once and for all. Xehanort is bald because it shows a demonstration of his "resolve". What?

Towards the end of Dark Road, Master Xehanort returns to the Magic Mirror from Sleeping Beauty, after having previously encountered it earlier in the game, and much earlier in his life cycle. Upon seeing the mirror, he asks if it remembers him, and the Mirror responds with "A young boy then, now a man grown. Fewer hairs grace thy head, but you are known".

In response to this, Xehanort rubs the top of his bald head and says "A demonstration of my resolve". That's the only time that his hair loss is mentioned within Dark Road, so it seems that the final piece of Xehanort bald lore is simply that he shaved his head as a sign of his resolve. The mystery is over, and we can finally move on with our lives.