Jet Kave Adventure (JKA) initially launched back in September 2019, for the Nintendo Switch, where it’s currently available for $13.39. JKA for Xbox is currently priced at $14.99, while JKA for PC is currently available on Steam at $10.04 with a 33% launch promo discount until January 22. Steam also carries a free-to-download and play JKA demo you can try out before buying.

Jet Kave Adventure is a side-scrolling platformer set in the Stone Age, but with a dino-sized dose of science fiction as its flavor theme. In the official press release, the studio labels it as “a thrilling, colorful Stone-Fiction adventure,” which is a label hopefully more video game devs make use of. Imagine Captain Caveman meets The Rocketeer, and run with that game, which is seemingly what you’ll get with JKA.

As the launch trailer tells the story, you play as the caveman named Kave. Aliens arrive to mine the precious energy crystals from your island’s volcano, which threatens to cause it to erupt and destroy your home. As your tribe’s chieftain, the task falls to you to venture forth to confront the aliens and stop their mining before the volcano blows. Kave luckily finds a piece of the alien’s tech, a jetpack, which gives Kave the ability to fly over, around, and through many of the dangers they’ll face along the way. 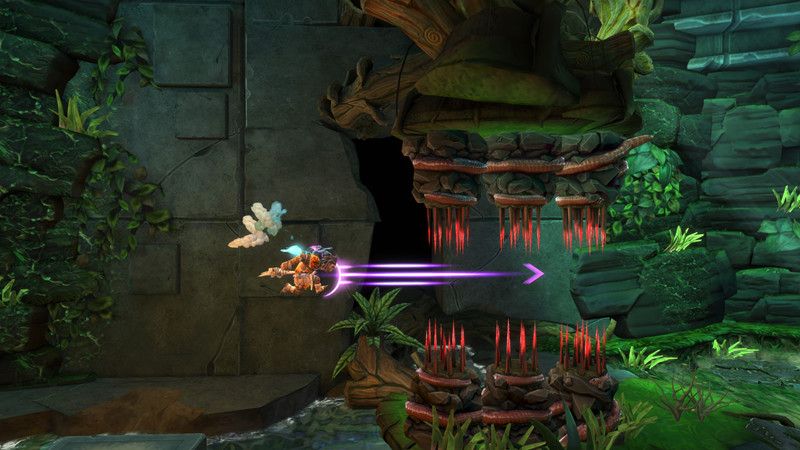 Kave’s jetpack will allow you to deftly maneuver through the game’s 36 levels. While some levels involve Kave on foot, other levels challenge Kave’s jetpack flying skills with aerial platforming, flight sequences, and mid-air boss fights. Along with your jetpack, you’ll have Kave’s trusty club to smack and bash 30 enemy types with. And you’ll also be able to upgrade the jetpack and club with various powers to help you lay the prehistoric smackdown on the alien invaders. 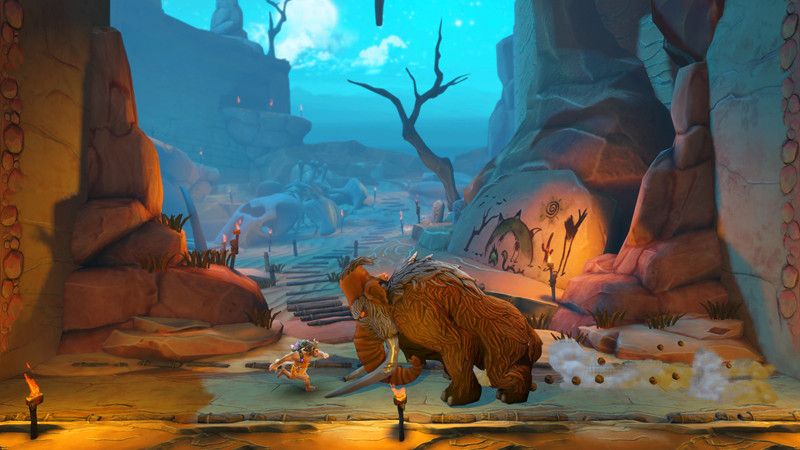