Islets Review – The Sky Is The Limit

In Islets, you play as Iko, a mouse with a sword and the desire to become a heroic warrior. His goal is to reunite the scattered floating islands by activating ancient, powerful electromagnets hidden deep within them. To do this, Iko needs to platform and fight his way through various traps and monsters while collecting upgrades and new abilities. As is often the case, you’ll be tempted by blocked exits and tantalising ledges that are just out of reach, knowing that you’ll have to come back later with some new traversal ability.

Islets brands itself as atmospheric, and this is something it pulls off with aplomb. While you start the game off exploring green grasslands, you eventually begin to encounter far more interesting and thought-provoking locales. Grim hollows filled with spirits, sandstone tombs, mechanical mazes filled with clockwork creatures – Islets has surprises in store for anyone expecting a standard cutesy adventure filled with anthropomorphic animals.

While background lore is unceremoniously dumped on you in the opening minutes, the world is also built through the characters you meet and the ruins you explore. The game’s writing is one of its highest points – every NPC has a defined personality, whether it be the enthusiastic yet creepy Tour Guide who’s obviously up to no good, or the gardener with so much passion that she’s totally oblivious to the murderous plants she grows. The recurring companions specifically are the source of some sincerely funny or poignant moments. There’s not much dialogue in the game, but what little there feels well-crafted. 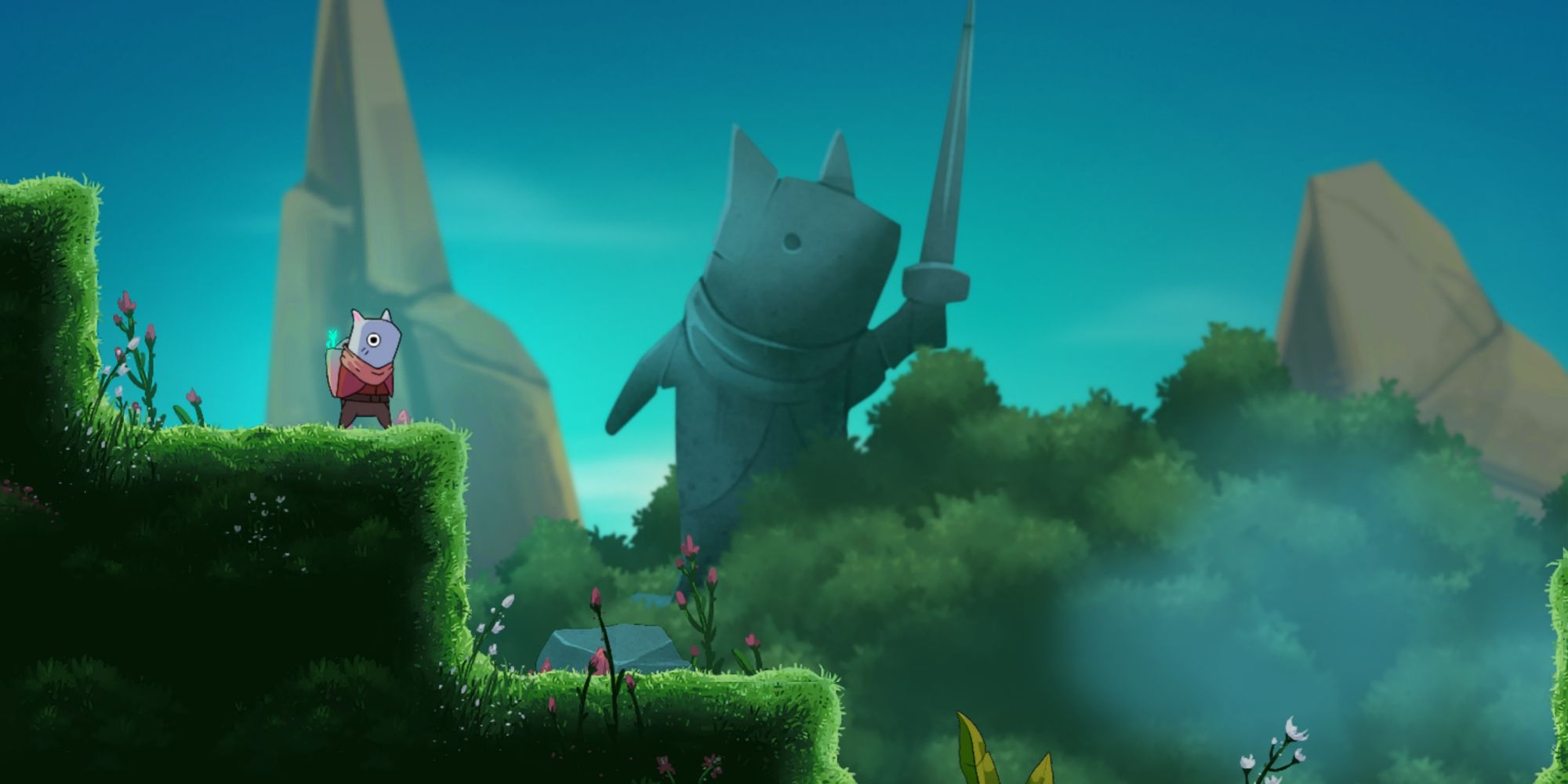 Platforming feels very good. Iko’s movement is floaty but easily controlled. As your new movement techniques start rolling in, bounding around the map becomes second nature. Iko’s jump height is dictated by the length of the button press and is easy to get used to, and once you get used to wall climbing and using sword slams for speed, returning to earlier areas to grab upgrades is barely a chore. I love having the ability to return to locations from the first hours of the game and dominate them – and Islets is a rare example of a platformer that lets you do this.

As you progress through the game, the platforming gets even more enjoyable. New areas come with new mechanics, such as clouds that send you flying into the air when you touch them and single-use super jumps that you must conserve. One memorable sequence involves borrowing a parasol from a giant to complete a floaty gliding puzzle, but it ends very quickly without much difficulty. Of the unique platforming mechanics, very few stick around after their debut. I only really noticed the white orbs that let you slash them for a double jump recharge and a burst of speed showing up consistently throughout the game – which is good, as they made for some of the most heart-thumpingly satisfying platforming sequences.

The puzzles themselves are great. There’s enough variety to keep things interesting, and the difficulty of the combat and speedy platforming puzzles feel perfect. The only quibble I’ll mention is that once you’ve boosted your health a fair amount, there are quite a few challenges that can be utterly trivialised. Why bother clinging to slowly moving wooden posts in midair when you can just brute-force through the spike-trapped ground? 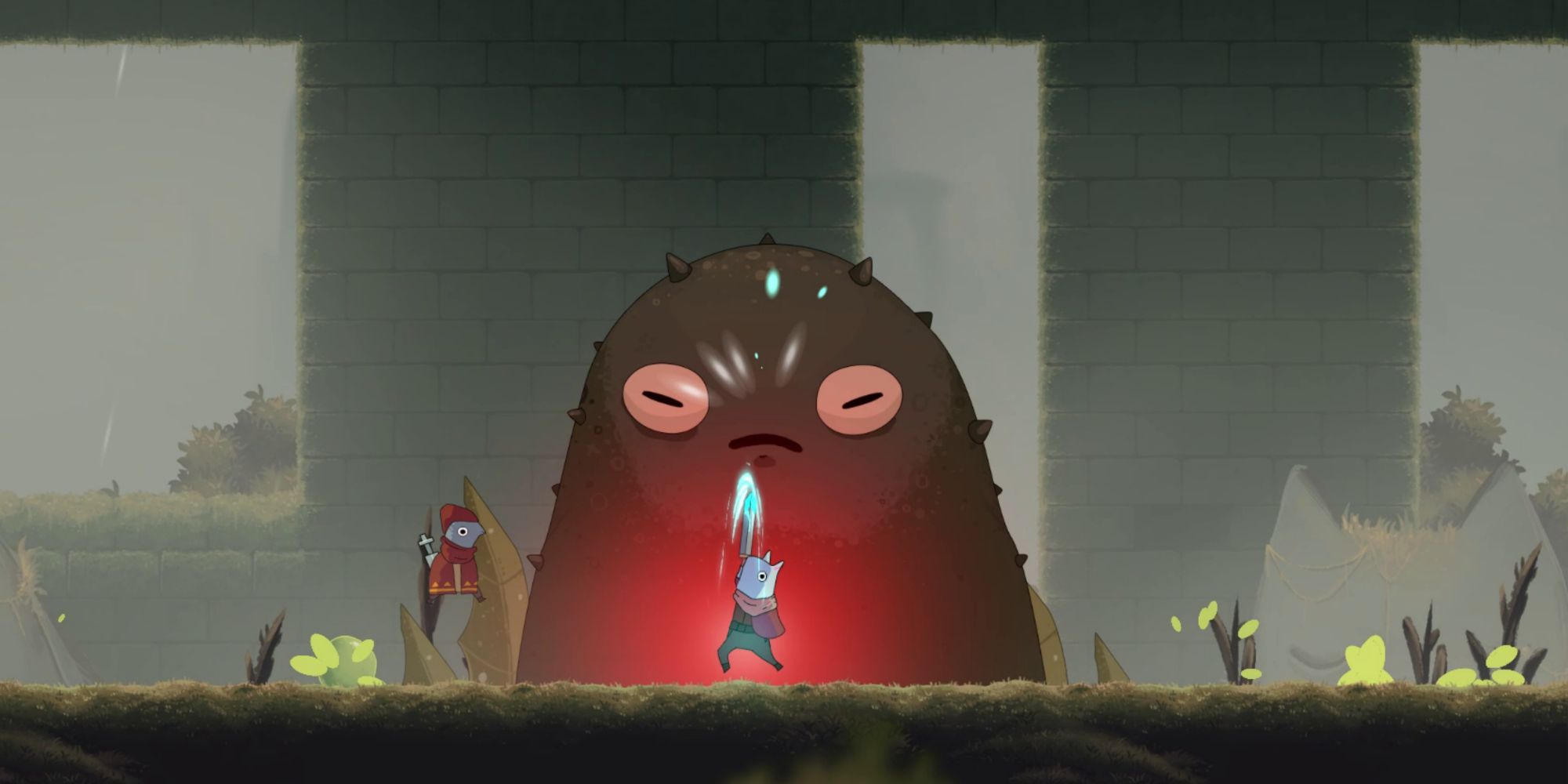 This issue is rooted in the game’s combat system, which necessitates the ability to boost your health. Iko has a sword with a three-hit combo and a bow with a quiver that recharges when you strike enemies. To say that the combat is basic would be overselling it, but I can’t lie; it feels very rewarding and chunky at first. By the end, however, it feels a bit overwrought. You don’t unlock many new abilities to use in combat and add to this a dodge roll that’s so overpowered you can use it to bypass entire puzzles, and it’s clear that a bit more love is needed. It’s not bad, per se, but it simply pales in comparison to the platforming.

Combat issues are only exacerbated when it comes to boss fights. Some are excellent, providing reasonable challenges that feel great to overcome, but most are thinly veiled platforming obstacles at heart. The worst of them feel frustrating to the point of anger, requiring far more dexterity and reactivity than anything else in the game. I struggled a lot with the Buried Beast and the ClockMaker, two early-game bosses that require far more of you than the preceding areas would let on and feel unfair as a result. That’s not to say all the bosses feel like this – some bosses like the Stone Witch and the Tomb of 1,000 Spirits are standout encounters that other games could learn from, necessitating a great balance of offence and dodging that feels incredibly satisfying to pull off. Yet the difficulty spikes are hard to ignore. 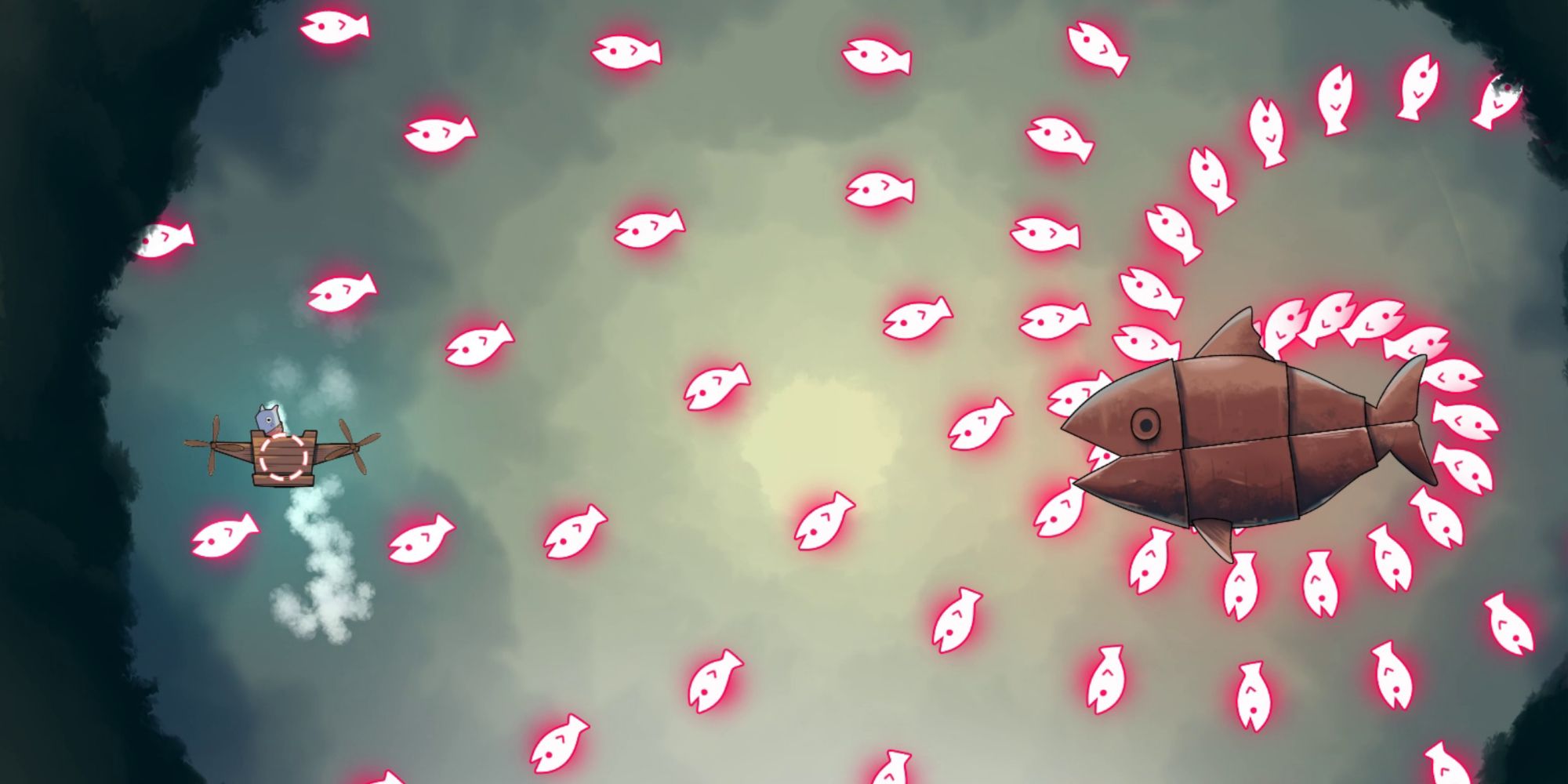 What makes this more frustrating is that Islets has plenty of combat encounters that feel perfect. The airship bosses are brilliant bullet-hell sections, and enemy placement, in general, is precise and deliberate. Standard mooks are easy to recognise, counter, and kill, but when Islets cranks up the difficulty, even the most common enemies can trip you up in a way that makes you appreciate them. In these areas, the game shines.

The more I think about it, the more I think that Islets has an identity problem. It feels like the game is an attempt at a pure platformer/Metroidvania hybrid and doesn’t quite pull it off. The fundamentals are certainly there, and I think if the game had leaned further to one side or the other, it would have been a more well-rounded experience.

At this point in time, it takes a lot to stand out in a sea of Metroidvania action platformers. With its gorgeous presentation and memorable boss fights, Islets does just that. It has some of the tightest platforming I’ve ever experienced, but I felt that the unbalanced combat design drags it down. I really enjoyed my time with Islets – it took me around 12 hours to beat the game, and it certainly doesn’t feel like time wasted – and I’d recommend it to any fan of Metroidvanias, but I don’t think it has universal appeal.

Score: 3/5. A PC review code was provided for this review.