You can still get Fortnite on iOS so long as you’re willing to pay big bucks on eBay for it.

In case you’ve been living under a rock without any wifi, both Apple and Google have removed Fortnite from their respective mobile storefronts for violating their terms of service. A recent update changed the way Fortnite handles microtransactions (which is pretty much ALL transactions on mobile) so that it bypasses the App Store and Google Play. Instead, players briefly could purchase Fortnite bucks directly from Epic to spend on cosmetics and whatever else they wanted.

Unfortunately for Epic and all mobile Fortnite players, this end-run around Apple and Google’s 30% take didn’t sit well with either company. In response to the move, Fortnite was removed from both stores and now cannot receive updates on mobile. Now Apple and Epic are embarking on what is sure to be a years-long legal battle over how much a mobile provider should be able to rake off the top of the mobile gaming market.

However, simply removing the game from mobile storefronts doesn’t remove it from the millions of mobile devices that already have Fortnite installed. Those folks can still play the game, albeit without any updates forthcoming.

It also means that anyone who already has Fortnite on their phones can sell it on the secondary market for a huge windfall. 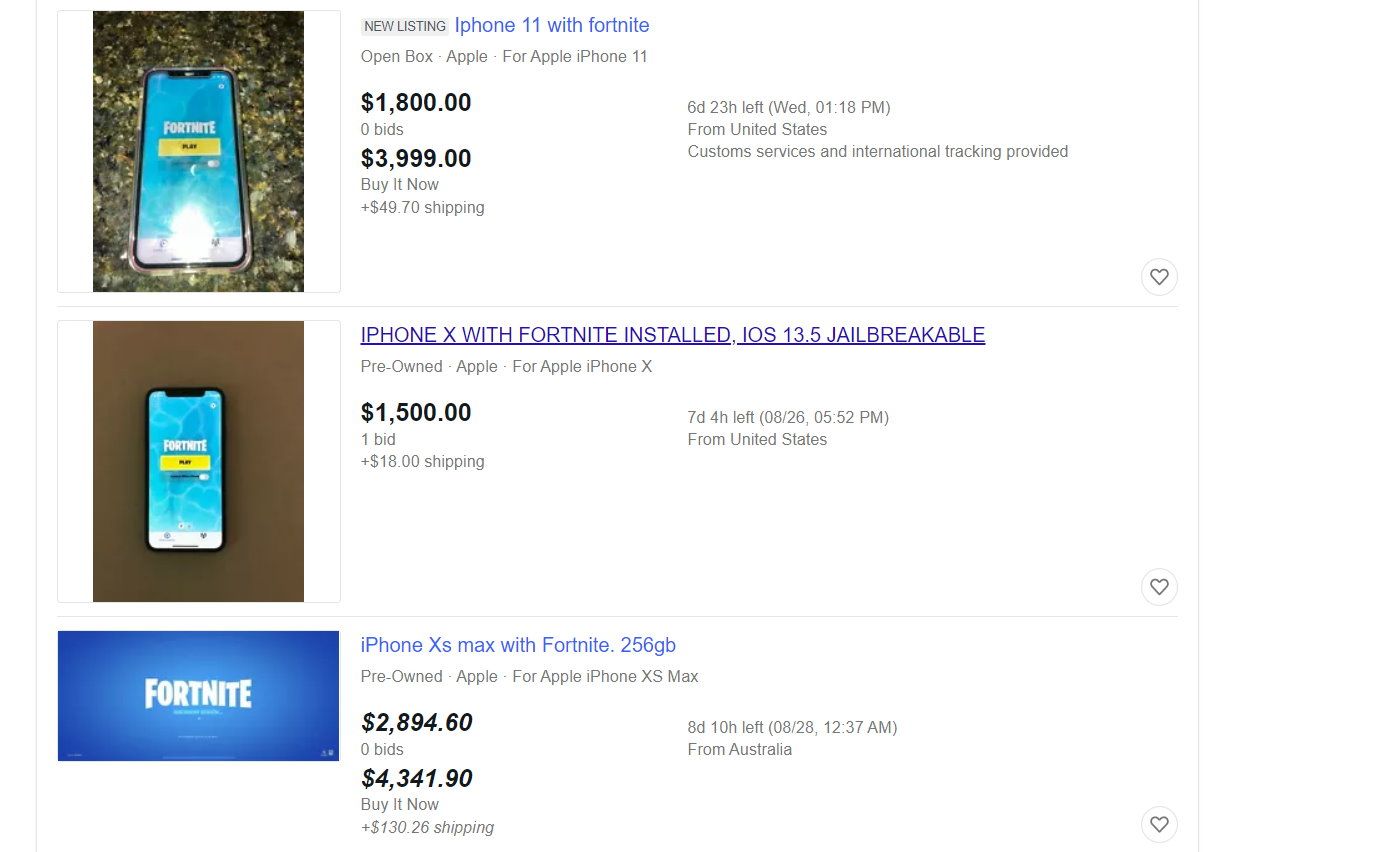 The economic laws of supply and demand are on full display thanks to Apple taking Fortnite off of the App Store. Without any new supply but with huge demand on mobile, prices for phones with Fortnite already installed are through the roof. Dot Esports found eBay listings in the tens of thousands of dollars for an iPhone 11 with Fortnite installed, with older iPhones are listed in the mere thousands of dollars.

Keep in mind that although Fortnite is still on those phones for now, you can never re-download Fortnite if something goes wrong or if you accidentally delete it. And there’s no telling what Apple might do over the course of this lawsuit that might result in Fortnite being removed from every device regardless.