Insurgency: Sandstorm’s take on the tactical shooter genre will give you the full realism of a gunfight, including the tinnitus. Shots ring out as bullets ricochet against walls, and fully simulated firearm behavior will snap you right into the action. The moment-to-moment engagements are quick, and often a few bullets will be all that's needed to put someone down.

With an emphasis on methodical gameplay and a quick time to kill, the difficulty of Insurgency: Sandstorm can sometimes feel overwhelming. Before you get thrown into the action, it’s important to come into the game armed with equal parts knowledge and firepower. 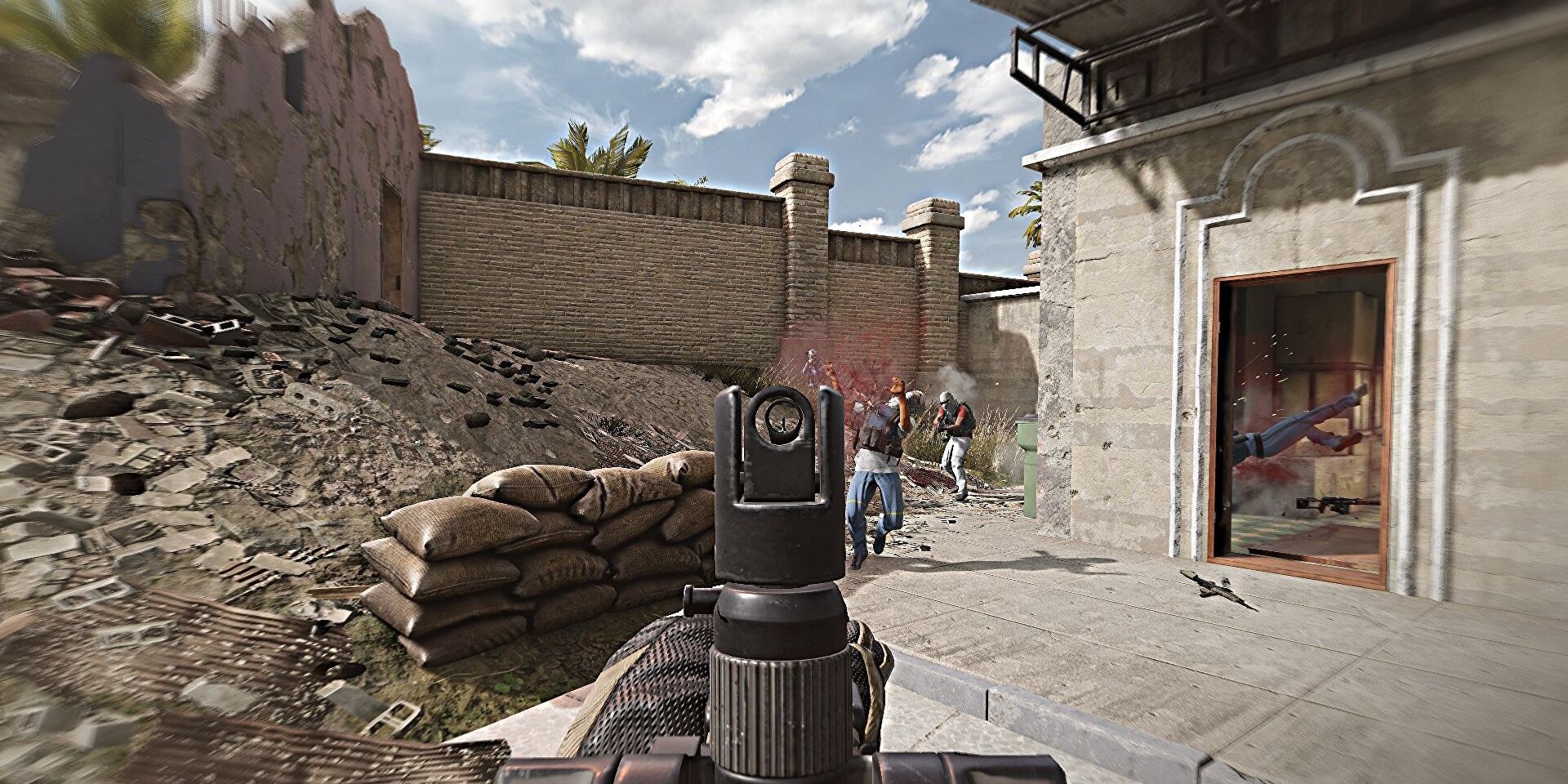 With so many mechanics being thrown at you when you hop into the game, it’s a good idea to ease yourself in. The cooperative game mode is a great way to learn the maps and mechanics without too much pressure. Instead of players, this mode will have you fighting against AI controlled bots as you complete objectives.

Don’t focus on your score or if you can win. Simply take the time you need to learn as much as you can. The bots can be a bit unpredictable, but the game mode is an overall great way to nibble your way into the meat of the game. 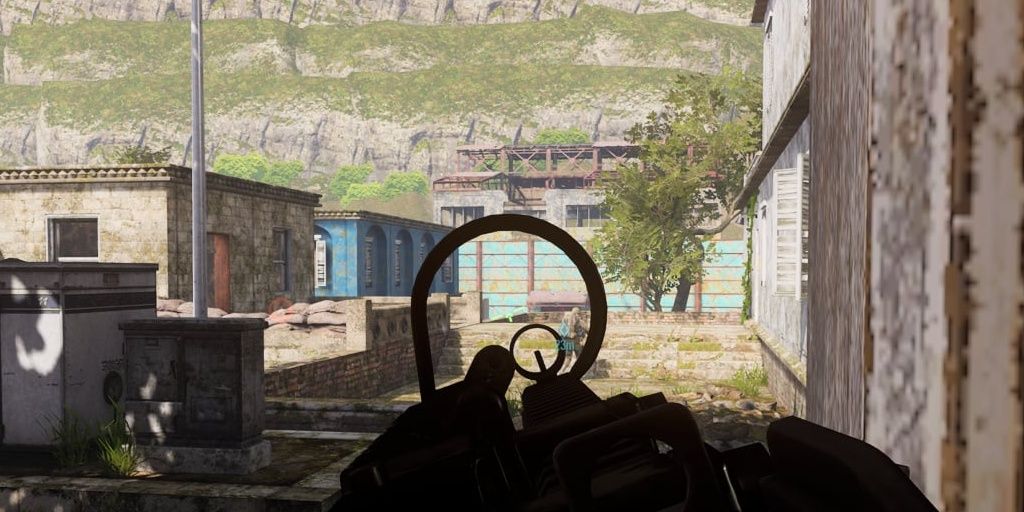 Audio cues play a huge role in realistic shooters. Hearing the boots of a sprinting enemy clomping behind you is a clear sign that you’re about to get ambushed. As such, movement needs to be thought out carefully. Carelessly running about the map will see you greeted at every door with a rifle in your face. Sprinting should be done with a purpose in mind. Pushing objectives or escaping shots heading your way are perfectly good times to be in a rush.

Slow and steady may win the race, but most importantly, it will increase your chances of survival. Try your best to walk through buildings to avoid making too much noise. If you really want to be stealthy, try crouching. Erratic movement such as sprinting, jumping and diving may be ideal in more arcade-like shooters, but in this game, sound is king.

5/7 Be Careful With Your Shots 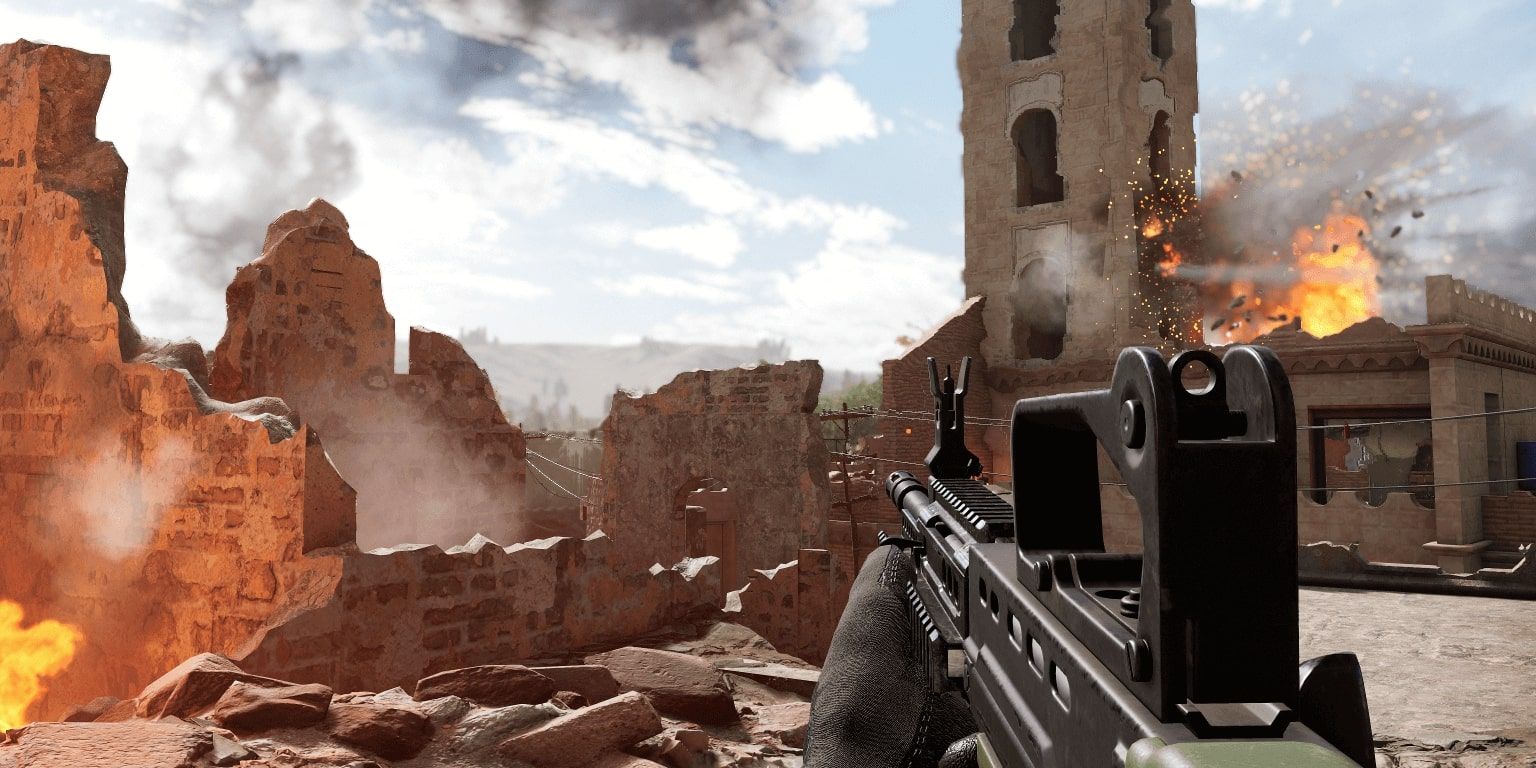 Every gun has some form of recoil pattern that must be managed if you want your shots to land. Since the time to kill is so low, it's crucial that you manage that recoil. Moving while shooting will make your gun wildly buck around, and by the time you wrangle it down you will likely be dead. Unless you're in room-to-room shooting distance, standing still or crouching are the best positions you can take for accurate shots.

At farther distances, you may even consider firing in small bursts or switching the firing mode to semi-automatic. Remember, it doesn’t take a lot to put someone down, so never feel like holding down the trigger is the status quo.

4/7 Patience Is A Virtue 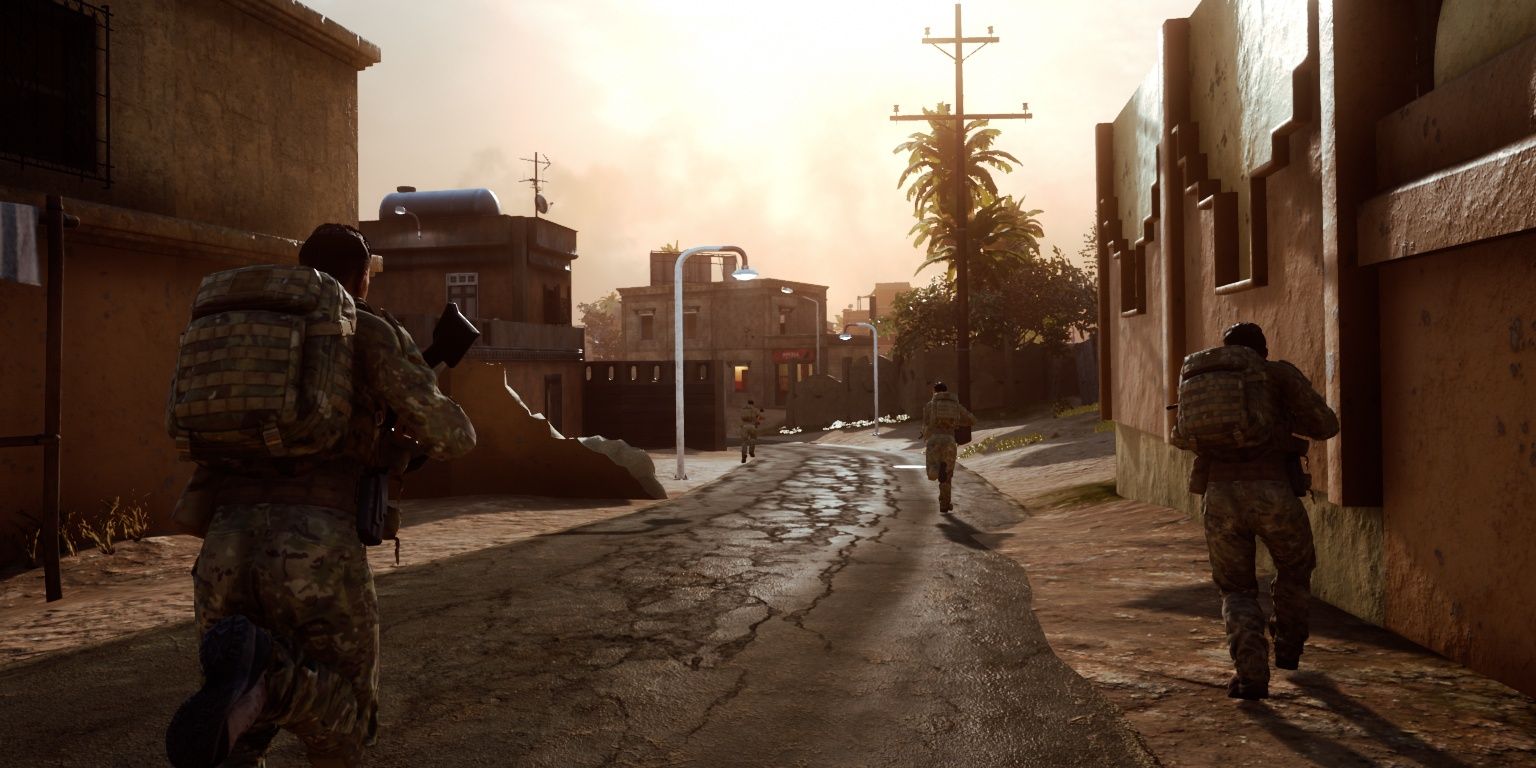 A methodical approach to gameplay will always put you one step ahead. In many cases, taking a moment to consider everybody's positioning on the map will allow you to make more of an impact. For example, if you know a teammate is nearby, it would probably be better to push the enemy building together instead of trying to be a hero. You will also notice that by simply waiting in strategic locations, enemies will often end up running straight into your crosshair.

Always spend more time capitalizing on the mistakes of your enemy, instead of forcing personal outplay potential. Wait for opportune moments, such as an out of position enemy, and then strike decisively. 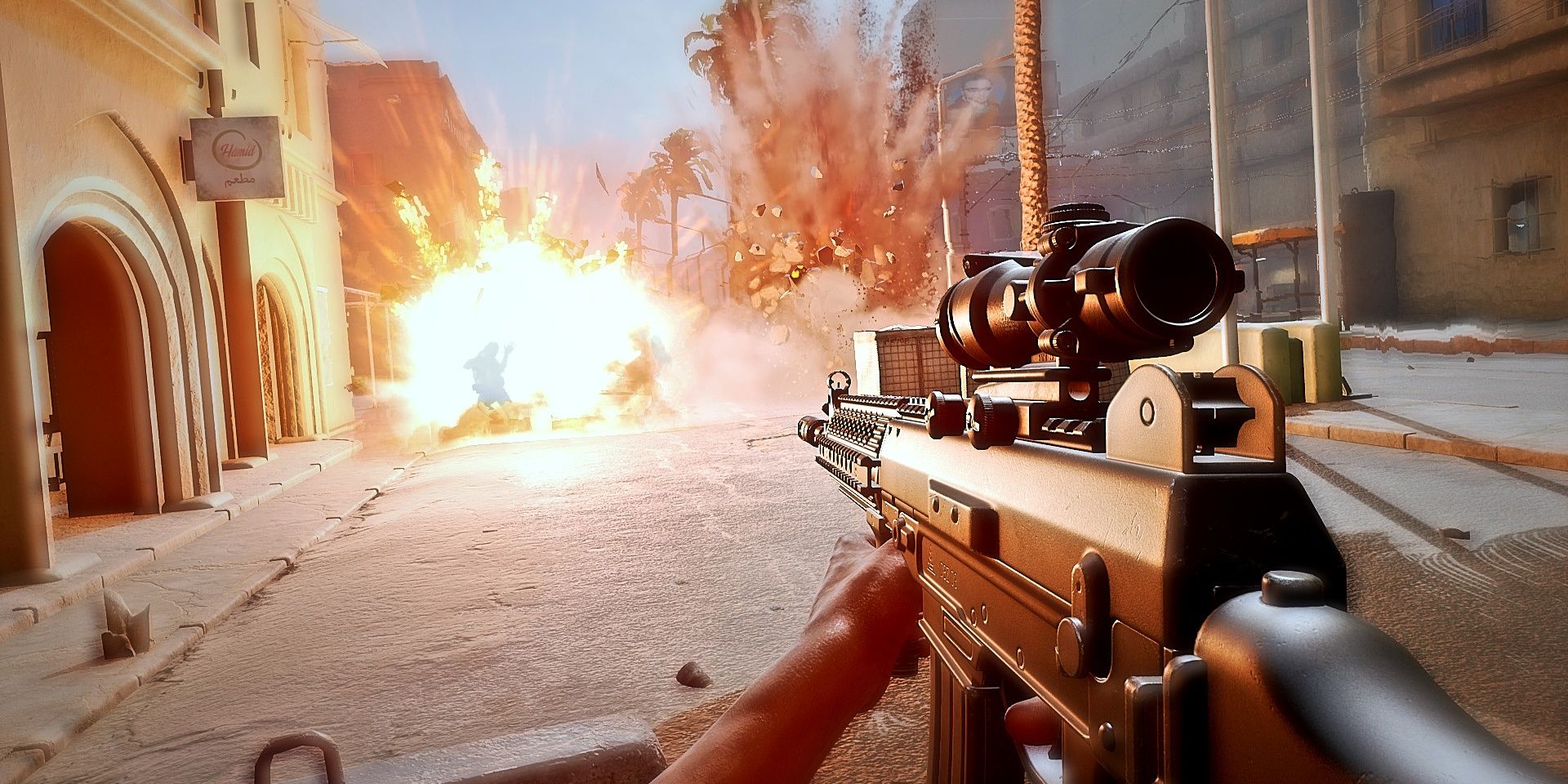 Unlike a lot of other modern shooters, Insurgency: Sandstorm features individual ammunition magazines. That means every time you reload, any extra bullets are kept in that specific magazine. They do not go into a portable ammunition jar that will magically combine themselves into a fresh magazine. Additionally, performing a speed reload will drop the magazine entirely, meaning any extra bullets are lost.

With all that in mind, it is crucial that you check your ammunition status frequently. Running out of bullets in a gunfight can be a quick way into the grave. Expect to fully commit to every fight you take, which includes knowing how much ammunition you have when you enter. The last thing you want is to be caught empty-handed like a kid who forgot to bring lunch to school.

2/7 Yes, Switching To Pistol Is Faster Than Reloading 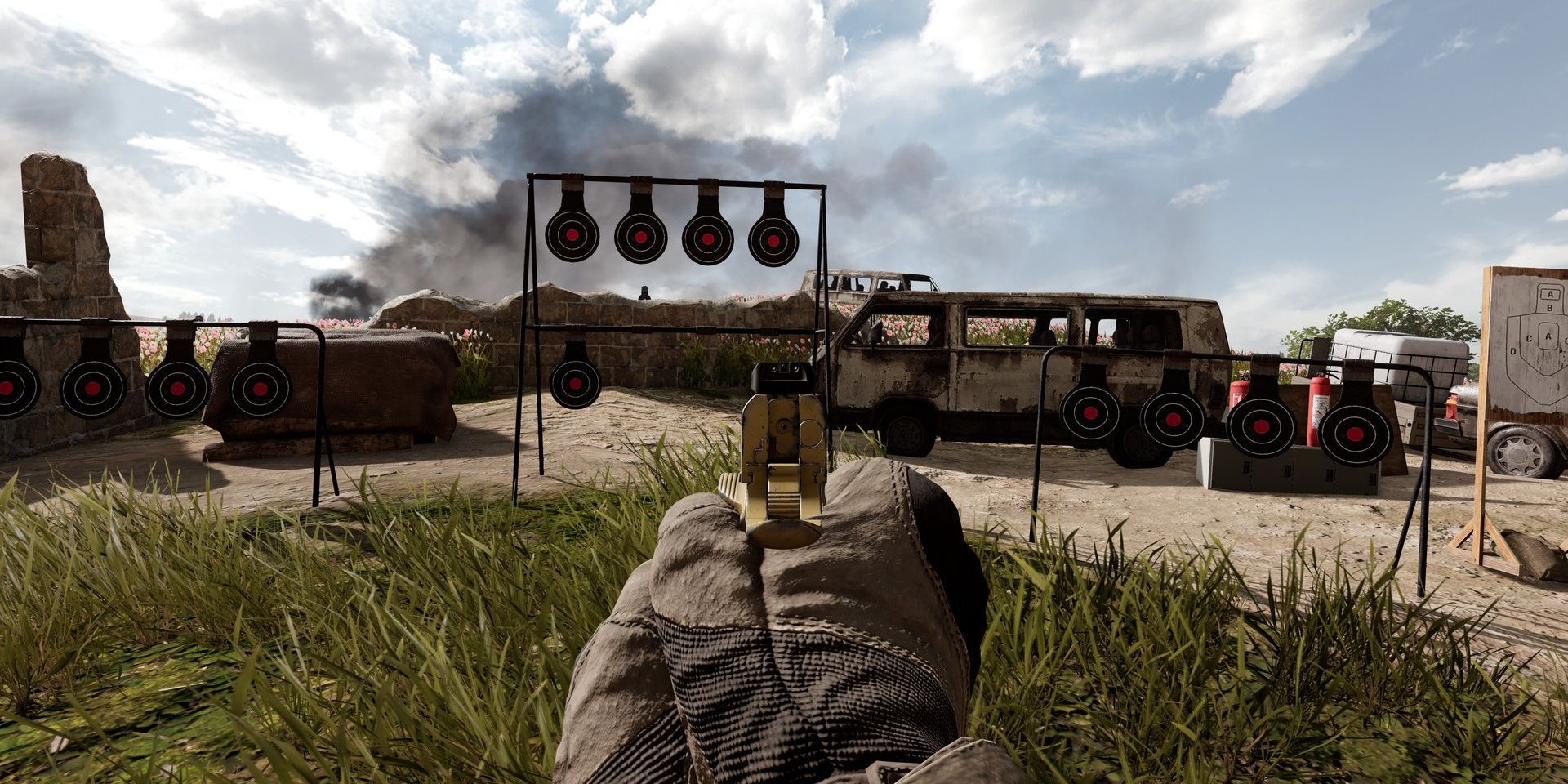 It’s easy to feel subconsciously committed to your weapon in the middle of a fight. After all, it’s what stands between you and being defenseless. Unfortunately, all good things must come to an end, and that includes your ammo. Instead of reloading your rifle, it is always better to pull out your pistol in a pinch.

Reloading a rifle magazine can take almost twice as long as flipping out your sidearm. When bullets are flying your way, you will want to be ready to fire back as soon as possible. 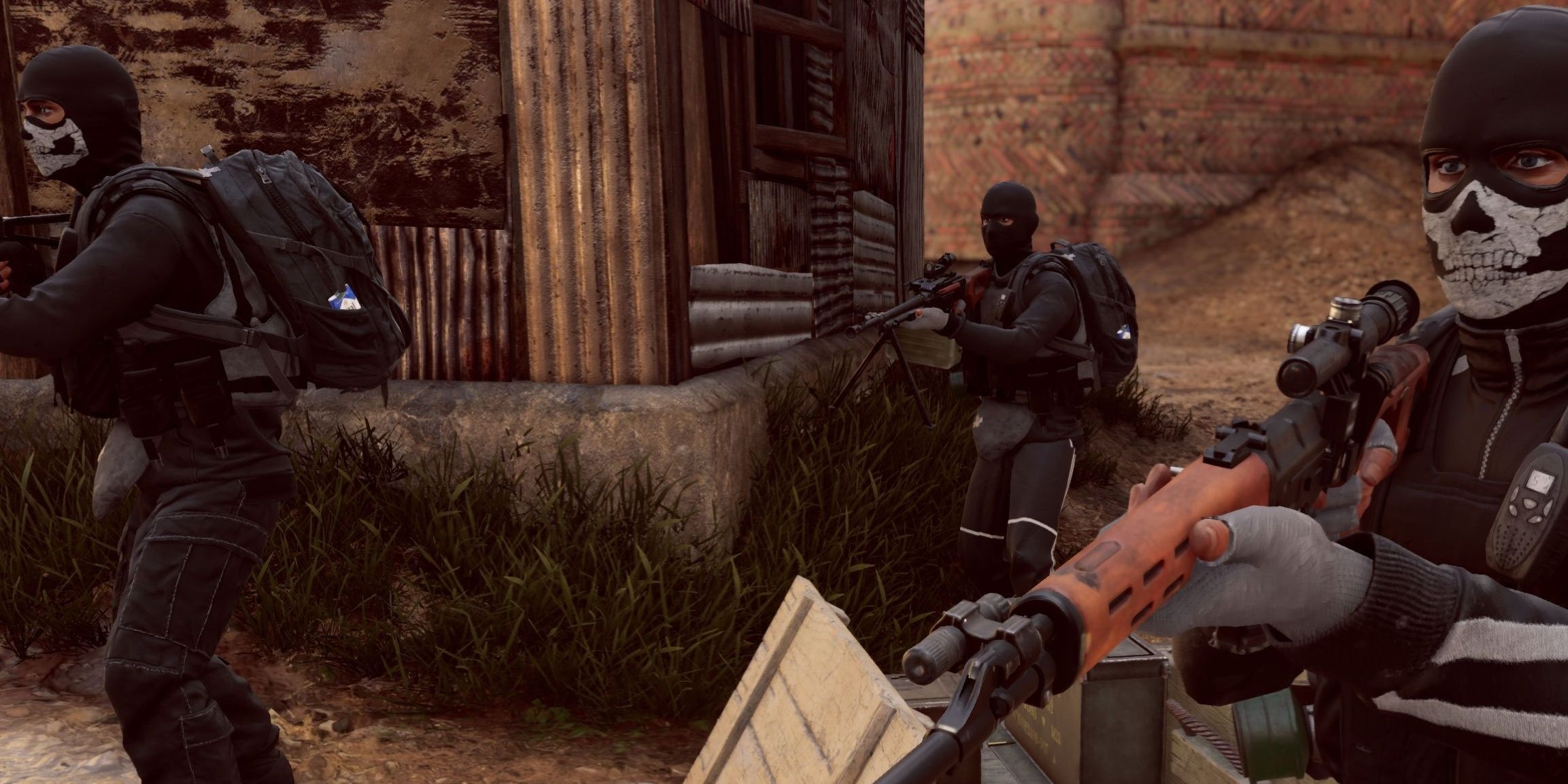 Your team can only function as well as the sum of its parts. Making sure that you are all on the same page will double your chances of success. Use the push to talk functionality to make short and effective call-outs. Spotting enemy locations, vocalizing your actions and noting any important changes to the situation can be a helpful way to keep your team together.

Remember that nearby enemies can also hear what you’re saying, so avoid being too specific. This may sound detrimental, but any kind of proximity chat can always be used against the enemy. If you really want to play mind games, try making fake call-outs to throw off your opponents.