In 2008, Lost was red hot. This pop culture-conquering TV show about a group of plane crash survivors having a very bad time on a weird, mystery-filled tropical island was three seasons deep, and the internet was ablaze with theories about the smoke monster, the DHARMA Initiative, and where the hell that polar bear came from. I was an obsessive 'Lostie' myself, spending most of my evenings on forums trading idiotic theories with other fans and listening intently to every word spoken by Damon Lindelof and Carlton Cuse on the show's official podcast, who would occasionally drop clues about the next episode or tiny morsels of new mythology. It was an excellent time, and I'm glad I got to experience it.

With Lost being watched by millions and DHARMA Initiative mugs and t-shirts making ABC a small fortune, it was only a matter of time before someone turned it into a video game—and that someone was, you guessed it, Ubisoft. This was an era when shows like The X-Files, Prison Break, The Shield, 24, and The Sopranos would routinely spawn video game spin-offs, most of which were, frankly, terrible. But no matter how badly they sucked, a lot of fans lapped them up because it was a chance to step into and explore these worlds you'd only usually be able to experience passively. The Sopranos: Road to Respect stinks, but getting to hang out in the Bada Bing with Paulie and Silvio? Forget about it. 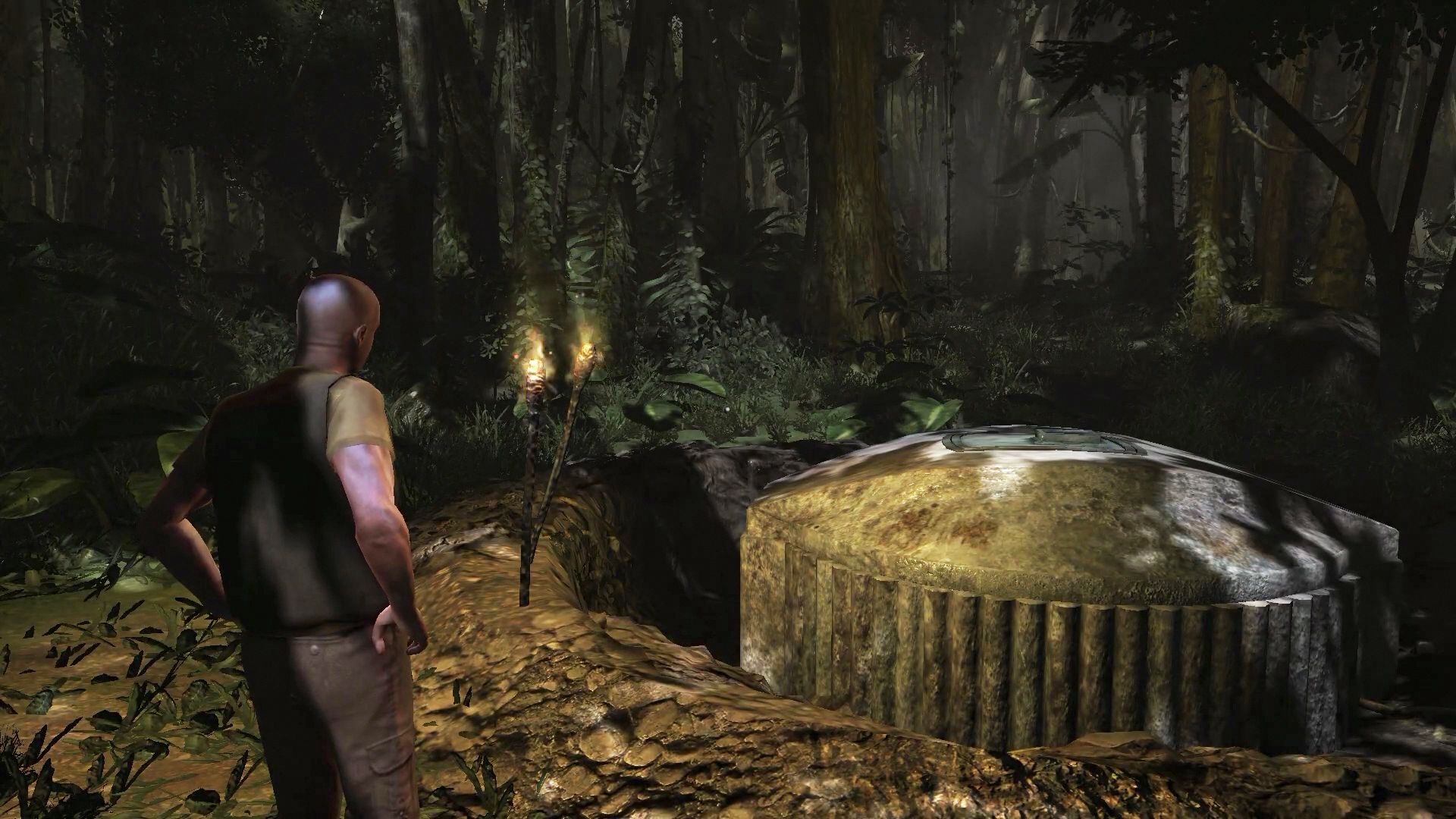 Lost: Via Domus launched on PC, Xbox 360, and PS3 in late February, 2002—a couple of days before season 4's The Constant aired in the US, which my fellow Losties (sorry, I'll stop using that word) will know is arguably the best episode of the show's entire run. I watched it recently and it's still sensational. When this show was good, it was good. Developed by Ubisoft Montréal, the story in Via Domus runs parallel to the first 70 days after Oceanic Flight 815's fateful crash. You play as Elliot Maslow, a nobody whose story conveniently never steps on the toes of the larger series' mythology or the lives of the other survivors. He's basically one of those disposable redshirts who hung out on the beach.

You won't be surprised to learn that Lost: Via Domus is a bad game. The sections where you have to sneak through the jungle avoiding the smoke monster are repetitive, overly punitive, and deeply tedious. When ol' smokey drifts past your hiding spot making that eerie chittering noise, it looks and sounds exactly like it does in the show, which briefly fools you into thinking you're enjoying yourself. But you're not. The endless Pipe Mania fuse box puzzles are a chore. The chase sections are dire, especially when you die and have to sit through an unskippable cutscene for the umpteenth time. It's just extremely poorly made, seemingly rushed out to capitalise on the show's peaking popularity. 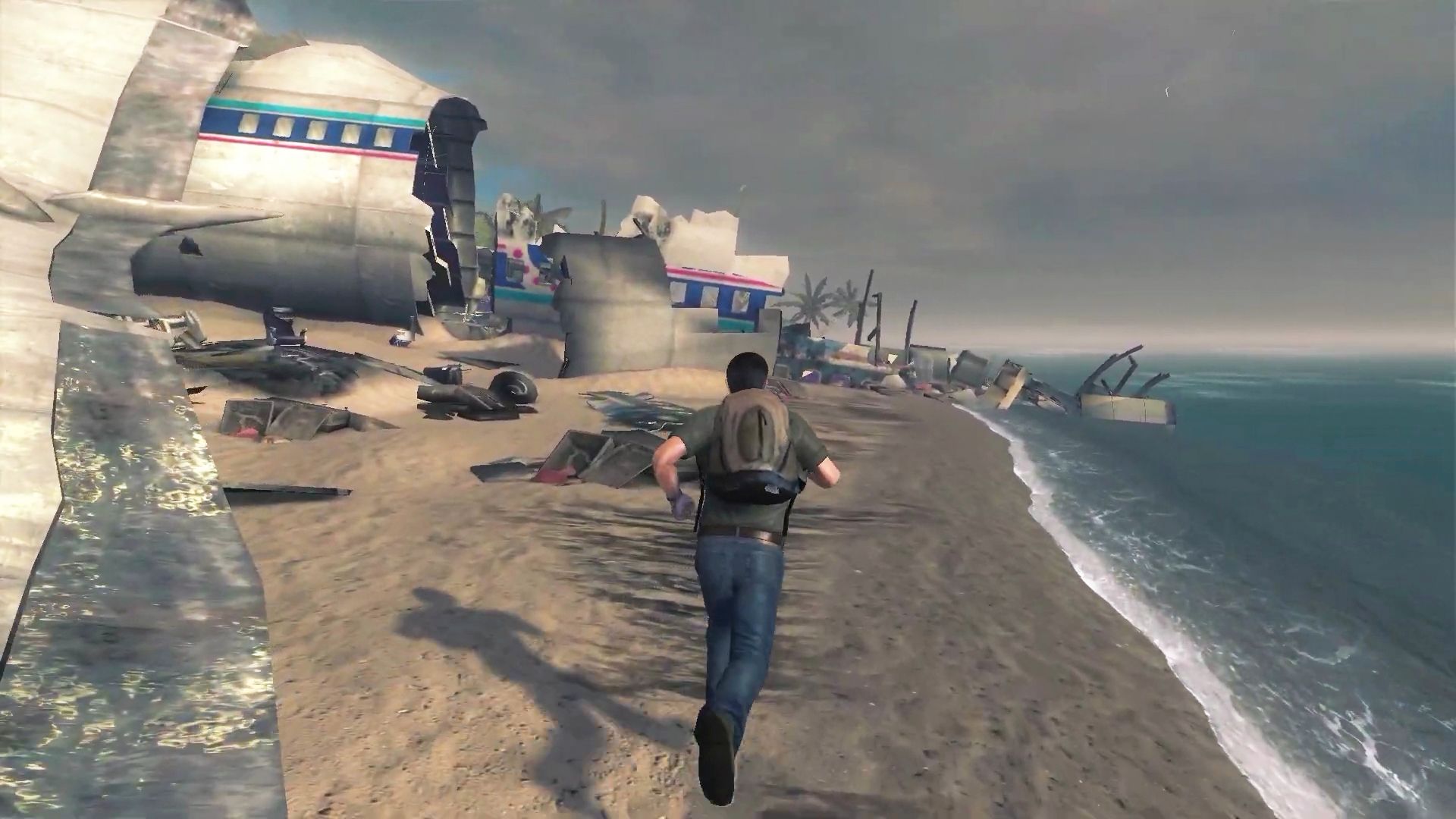 But here's the thing: I love it, because it lets me be in Lost. Outside of the dreadful, clunky action sequences, Via Domus has the laid back feel of an old school adventure game. You can wander around the island exploring faithfully recreated locations such as the Black Rock, the beach camp, and a whole heap of DHARMA stations—which for me were always the coolest thing about the show. You can go down into the Swan, enter 'the numbers' (I still remember them by heart: 4, 8, 15, 16, 23, 42), and push the infamous button. The timer actually ticks down in real-time, so you could theoretically sit there and dutifully enter the numbers every 108 minutes if you had absolutely nothing better to do.

You can also talk to, and trade supplies with, your fellow survivors. However, only Michael Emerson (Ben), Henry Ian Cusick (Desmond), Emilie de Ravin (Claire), M.C. Gainey (Mr. Friendly), Andrew Divoff (Mikhail), and Yunjin Kim (Sun) bothered to show up for the recording sessions. The rest are played by soundalikes, and the quality is, let's say, inconsistent. Even so, getting to shoot the breeze with these familiar characters is a real joy. Lost Via: Domus is best when it's not asking you to do anything in particular, and you're free to just exist in the show. To its credit, Ubisoft Montréal's attention to detail is extremely impressive throughout. It's clear the game was made by people who loved the series. 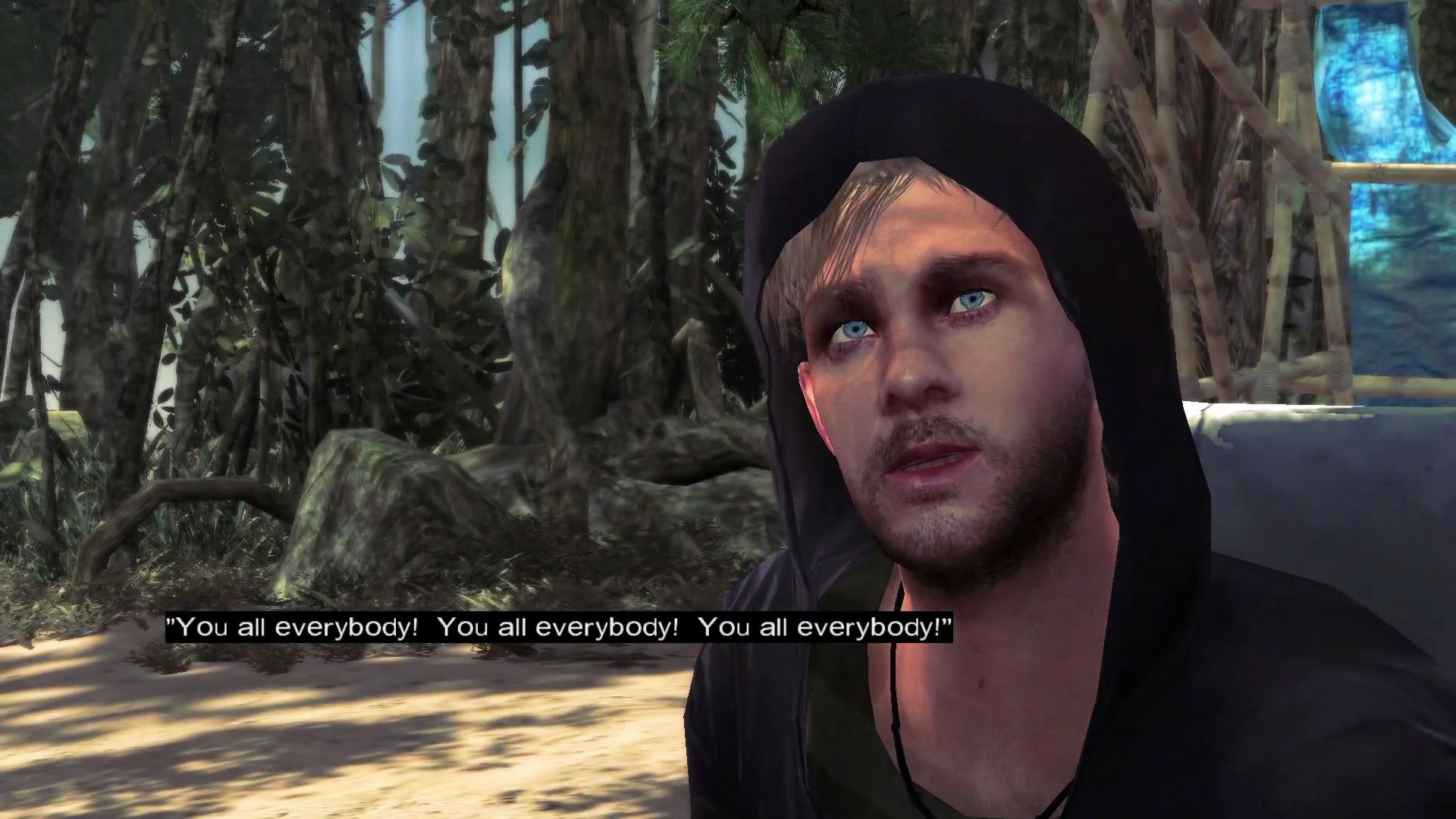 If you want to play Via Domus, you're gonna have to dig out an old console or play the PC version—which inexplicably runs without any issues on modern hardware. It's long out of print, however, so you're gonna have to get on eBay or secure it by 'other means', if you catch my drift. With Lost now a distant memory, it's unlikely we'll ever see a remake or remaster of any kind. If you're a fan, it's worth seeking out. It's also a fascinating time capsule: a snapshot of when there was still some mystery left in the show, before Jacob and the Man in Black were introduced and it went off the rails. Lost is long dead, but I'll never stop loving it—even if that means playing an objectively terrible 14-year-old spin-off game.