I Expect You To Die 2 review – No Mr Bond, I expect you to play 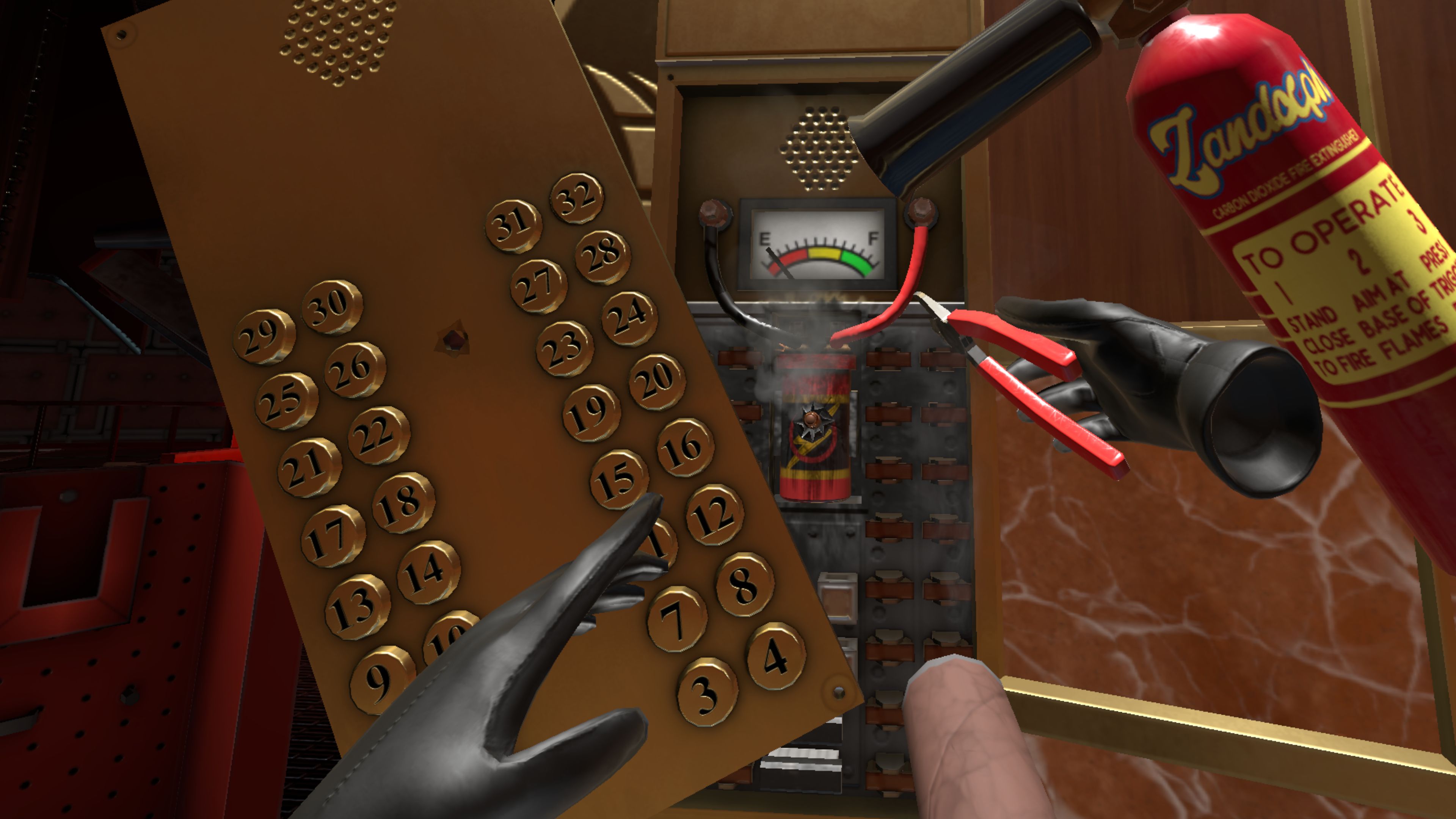 One of the most popular VR games of recent years gets a welcome sequel, full of even more superspy gadgets and escape room puzzles.

2016’s surprise VR hit, I Expect You to Die, cast you as a 1960s era spy in a series of amusingly lethal escape rooms. In each one you needed to use your surroundings, props, and furniture to find a way out, without letting any of the many hidden bombs, blades, and vials of poisonous gas prematurely end you. It was silly, inventive, made excellent use of VR, and benefited from free DLC that added three further missions post release.

I Expect You to Die 2 clearly doesn’t want to mess with a successful formula and wastes no time in getting you back into the fight against the evil Zoraxis corporation and its shadowy operatives. Starting each mission in your secret spy van, as before you collect a chunky 8-track style cassette and clip it into the player in front of you to start your briefing.

Once again, the game gets around the constrained nature of VR interactions by giving you telekinetic powers. Rather than having to walk or lean over to pick things up, all you need to do is point a cursor at an object and drag it towards you. You can also hover tools and items in mid-air, a handy feature when some of the game’s puzzles require multiple components, each of which needs to be found, collected, and made ready.

In each level you’re dropped into what amounts to an escape room and with minimal instruction need to figure out what’s expected of you to complete your objective. Although there are clues from the briefing, scribbled notes, and messages from your handler via the radio, you’ll need to work out the majority of each puzzle simply by seeing what’s within reach and trying things out. That will often mean attempting to blend in and do a job while you wait for an opportunity to carry out your spy work.

Piecing together clues, unlocking codes, and finding the tools you need requires careful analysis of the area around you. Handles, keyholes, and drawers can all hide useful new objects or pieces of information, but they can just as easily contain a live grenade or cause an axe to swing down from the ceiling. Playing in VR means you can usually avoid instant death by ducking out of the way, or using a nearby object to, say, reflect a laser beam, but inevitably you’ll also die quite a lot, the game’s mercifully brief load times never getting in the way of having another try.

Like a point ‘n’ click adventure, hovering either hand’s cursor over an item will tell you whether or not you can pick it up or interact with it, immediately helping narrow down potential options. That’s handy, because you’re usually working against the clock. Even though it’s largely free of countdown timers, there are certain actions expected of you as you go undercover as a stage hand or butler. Fail to hit your cues for too long and the game will usually find a way to gas, shoot or otherwise dispose of you until you discover what you need to do.

When things are going well and you’re uncovering fresh clues or hidden compartments, the sense of momentum works well, but on the odd occasion where you do get stuck, having to repeatedly undertake the same interactions just to get back to the point where you’re not quite sure what to do next, it can feel a little grating – the game’s comedy undermined by too frequent repetition.

However, once you know what you’re doing, its six levels plus short tutorial can all be seen off in under an hour. Working all that out for the first time is a far larger and more rewarding job though, which relies on looking at the objects you pick up to see how else each one might be applied. A screwdriver can be used to remove screws, but you may also notice its handle is an interesting shape, which could lend itself to opening a previously inaccessible cupboard door.

Mixing puzzle solving with short set pieces, you help your spy agency pursue The Fabricator, a villainess whose cunning disguises are being used to assassinate a laundry list of world leaders. Defuse booby traps, duck bullets, and avoid guided missiles, all using the tools you find around you on the job.

Star Trek: The Next Generation’s Wil Weaton voices the morally ambiguous star of stage and screen, John Juniper, who’s a constant companion in your quest to foil The Fabricator’s machinations. It’s clearly a role he enjoys, and the comedy is at least as perfectly pitched as the first game, combining an amusing script with Surgeon Simulator-style slapstick, the fundamentally clunky nature of VR interactions milked for comedic effect.

There are collectible ‘souvenirs’ you can find in each level and while they don’t add significant replayability, they at least provide a reason to keep digging around even after you know what you’re looking for and how to go about getting it. Levels are short enough, once you’ve worked things out, that none is in any danger of outstaying its welcome.

With a far more coherent narrative than the original, and a greater sense of your missions building to a nuclear Armageddon-avoiding climax, I Expect You to Die 2 is a joyously silly and highly rewarding puzzle game, with a dark sense of humour and a good level of variety. Fingers crossed that it will, like the last one, continue to be supported by Schell Games, because it very much leaves you wanting more.

I Expect You To Die 2 review summary

In Short: A series of darkly comic spy-themed VR escape rooms that revel in their ability to kill you in inventive and unexpected ways.

Pros: Colourful and well-designed levels with clues and death traps that are great fun to unravel. Solid VR implementation rarely leads to technical frustration and a wryly amusing script.

Cons: Once you’ve solved a puzzle there’s little reason to return and you will still sometimes fall back on trial and error to stumble across solutions.