How To Unlock Every Secret Ending In Birushana: Rising Flower Of Genpei

Birushana: Rising Flower of Genpei has a well deserved reputation for featuring a total of five potential romance interests that heroine Shanao must choose between. After all, who could doubt something so obvious? There are five strapping young men on the game's cover, five story paths, and each path is — wait for it — specific to one of those strapping young men.

It feels like a "cased close" kind of deal. That is, until players learn that four more romance partners await… sort of. These "sub-romances" don't have their own route. They don't have much going on at all, truth be told. But they each offer a snapshot into how Shanao's life could turned out, had certain decisions been made.

How to Unlock Every "If" Ending 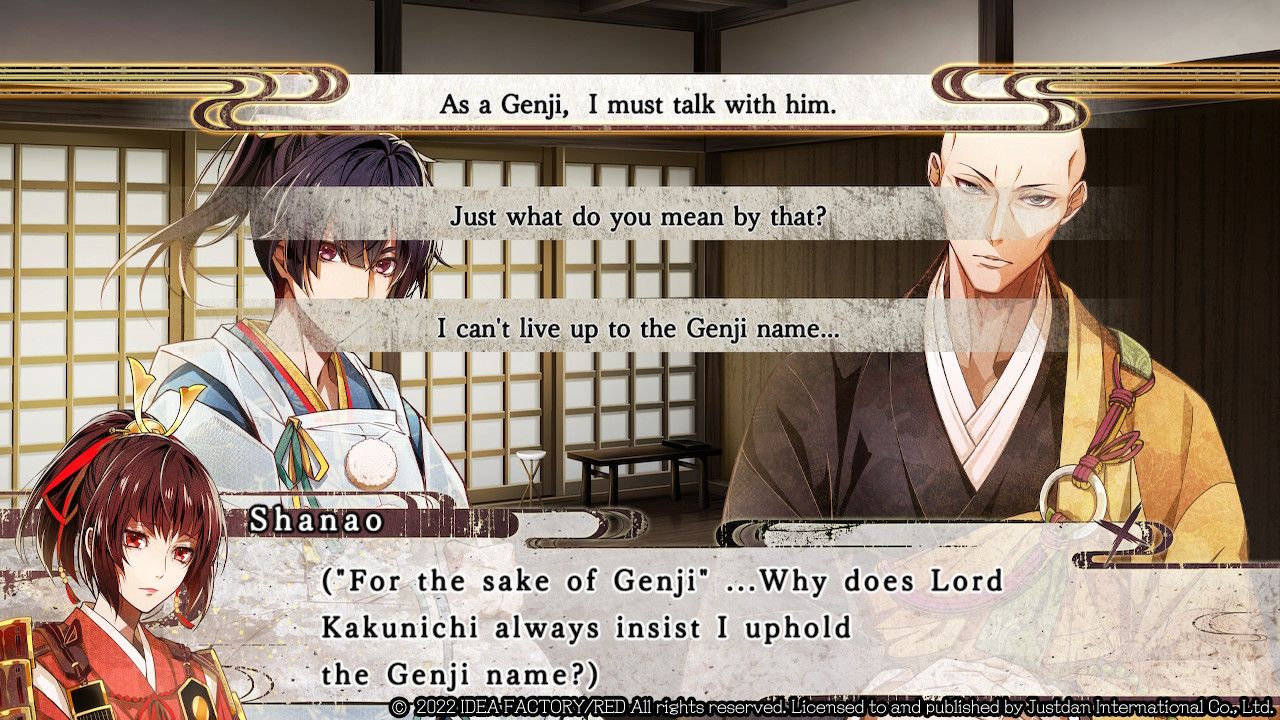 Birushana's official term for these endings if "If", a word that signifies the grand "what if" that is always creeping at the sides of our mind, as we question how our own paths in life could have gone, had just a few things changed. It's hard to argue that Shanao doesn't have a hard life in Birushana, and her mind is constantly racing to keep up with the circumstances of her existence.

What if things had gone just a little sideways from what the game's flowchart neatly presents us? In essence, that's all you need to know in order to unlock each sub-romance. Well, that and the practical explanation for it. Completing specific real romance paths will permit you to head back to a certain point on each flowchart and witness an alternate path that branches off accordingly.

In other words, the "if" endings are tied to individual real endings. This makes sense, given the alternative romance character's relative degree of prevalence in those particular paths. Let's hop to it, then! These instructions will be short and sweet, all the better to suit your brief (but tantalizing!) new unlocks.

By their very nature, many players will consider these to be spoilers. While the odds are good that by clicking on this guide, you knew what you were in for, now's the time to look away otherwise!

In no particular order:

No, you didn't miss anything. Poor Noritsune's route does not lead to a sub-romance. Or maybe we shouldn't say "poor" Noritsune. He's the sole choice with the luck not to include anyone else for Shanao to ogle…