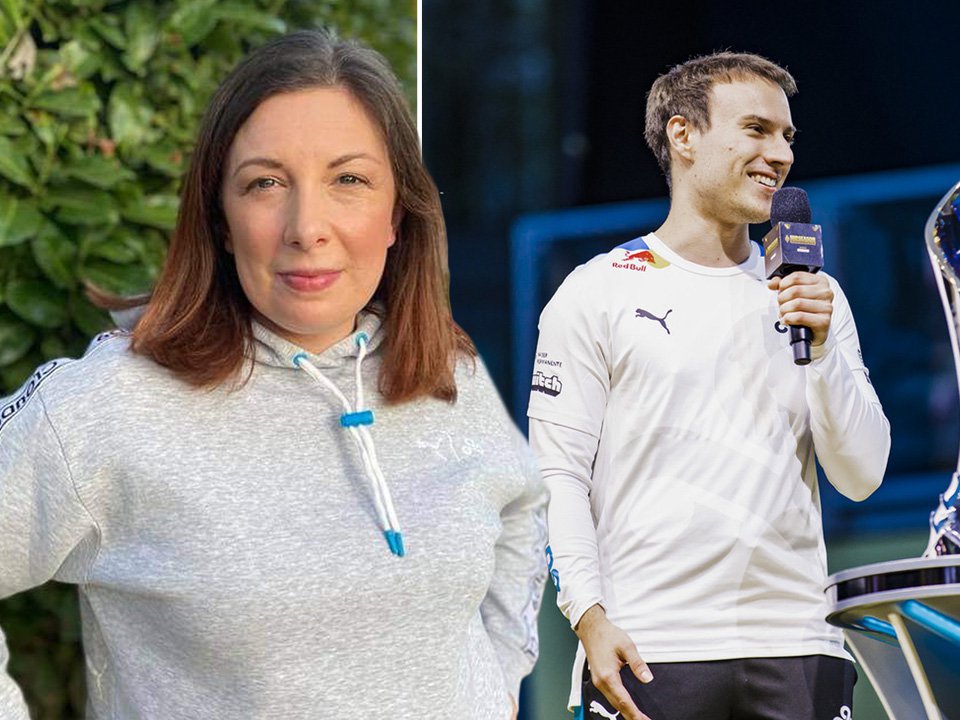 An English school teacher was mistaken for a famous professional esports player and ended up becoming a part of one of the biggest gaming communities in the world.

By day, Emily Perkins, 39, is a secondary school science teacher at Bosworth Academy in Desford and Countesthorpe Academy in Countesthorpe. But now in the evenings when she isn’t marking, Perkins can be found online streaming herself playing League of Legends (LoL) to the world.

An extraordinary coincidence meant that Perkins’ Twitter handle was the same name as that of a legendary professional gamer, Luka ‘Perkz’ Perković. After her phone exploded with notifications, the teacher decided to figure out what was happening and accidentally stumbled into an all-new world.

For those that don’t know, professional gaming tournaments (esports) are extremely popular. LoL, an 11-year-old PC game, is one of the major esports titles as its World Championship final last year drew in an extraordinary peak audience of around 46 million people.

The original Perkz is Europe’s most successful LoL player of all time. The Croatian recently moved to Los Angeles to play for North American team Cloud9 who reportedly paid a $5 million (£3.6m) buy-out to acquire his services.

Perkins knew very little about the esports world before she accidentally fell into it back in January: ‘I had no idea what was going on. It was starting to annoy me because it was getting close to bedtime then Travis Gafford, an American esports journalist, thought it was really funny and retweeted it then suddenly, I got a load of followers.’

Not knowing how to respond, Emily began to post pictures of her three guinea pigs: Badger, Caramel, and Fudge. The latter is also the nickname of one of Perkz’s Cloud 9 teammates, 18-year-old Ibrahim ‘Fudge’ Allami from Australia, which only took the joke and the bizarre coincidence further.

Things then quickly snowballed as former LoL pro Christian ‘IWillDominate’ Rivera quickly jumped on the joke. IWillDominate streams full-time on the online video platform Twitch, a website bought by Amazon back in 2014 for around £585m where an estimated 100 million people tune in each month to watch other people play video games.

He and another former pro player, Marc ‘Caedrel’ Lamont from the UK, noticed she was running a charity campaign and both donated $500 (£360) each before encouraging their followers to do the same.

‘Suddenly, I was getting lots of donations from Americans, then I started interacting with people.’ says Perkins. ‘Since that evening, the esports community and especially Cloud9 followers have been really nice to me. We’ve interacted a lot and it’s just been really lovely.’

Esports organisation Cloud9 began to take notice too and later brought Perkins in for contracted work, hosting streams and videos for their ‘Play Together’ campaign which looked to encourage more people to play video games.

‘They thought I was the ideal person to lead that,’ Perkins explains. ‘I had played video games before but never PC games. Being a woman and a teacher, I think they really liked that all coming together.’ Cloud9 also sold special guinea pig stickers in their store which have so far raised around £2,000 for Perkins’ charity.

Perkins has since become enamoured with the LoL community. She stays up as late as she can to watch Cloud9’s matches and has begun her own blog featuring the fans she interacts with online. From a computer science student in Swansea Wales to a Cloud9 fan from Argentina who has the esport teams’ logo tattooed on the back of his neck, Perkins has interacted with a wide variety of people.

And that includes on her own Twitch stream as Perkins broadcasts herself learning how to play LoL – a difficult task despite the fact she has had help from professional coaches including one who formerly worked with Golden Guardians, a LoL team owned by the NBA’s Golden State Warriors.

On top of her work with Cloud9, Perkins was gifted a free gaming PC by an American university and was almost off to Iceland on an all-expenses-paid trip this year for the LoL Mid-Season Invitational tournament via a group promoting esports in the country. However, the teacher had to decline the latter due to the pandemic as she could not afford the three-week quarantine upon returning to the UK considering that exam season is coming up.

Following on from her own journey this year, Perkins hopes that she can inspire more students to pursue careers in gaming. Speaking about her experience watching tournaments she said: ‘Isn’t it so exciting that someone so young can be so good at something? I think lots of people downplay how amazing young people are, they are incredible and have so much potential to go and do whatever they want to do. It’s inspiring.’

She went on to compare esports competitors to footballers as there are limited spots available which is why she wants to push parents as well as students to realise the different career options the gaming sector has to offer: ‘There are so many other ways to work in gaming such as game designers, social media managers, content creators.

While Perkins has had a lot of fun on her gaming adventure already, her main aim is to continue to push her charity campaign: ‘The reason everything started was because of those donations to my fundraiser.

‘I’m fundraising for the Laura Centre which is a bereavement counselling service in Leicester, based around child bereavement so parents and families who have lost children or children who have lost close members of the family. The reason I’m raising money for them is in 2015, one of my students, Kian Gill, was killed by being knocked off his pushbike on his last day of school.’

Perkins is cycling 3,500km in a year on her exercise bike to raise money for the charity. You can donate to the cause here.