How Is Everyone Holding Up After Xenoblade Chronicles 3 Chapter 5?

Xenoblade Chronicles 3 is a JRPG masterpiece. Monolith Soft reached new heights with its formula that combines sprawling open worlds, poignant storytelling, and lovable characters. Despite wrapping up the main story, I still can’t pull myself away from the land of Aionios.

It’s been out for more than a week now, so I’m going to touch on one of its most emotional moments and how it’s been a treat to see the community react to something I had to keep secret for the better part of a month. Being a games journo isn’t easy, but someone’s gotta do it. Yep – I’m talking about the heart-wrenching conclusion to Chapter 5.

Compared to its predecessor, Xenoblade Chronicles 3 deals with heavy narrative themes from the outset. Its cast of characters are born from test tubes to lives that only last ten years, expected to fight a perpetual war in service of authority they remain powerless to overthrow. Their existence is flawed by nature, so deciding to rise up and fight for a fairer and more just place in the world is met with ample resistance. Moving forward and seeking to usurp a system that has remained in place for centuries feels impossible, making the game’s rare triumphs in the face of adversity feel all the more earned.

This makes the comparative failures sting all the more too. Throughout the entire game our heroes are outmatched, often pitted against villains who could tear them apart with a single touch, but choose instead to toy with them and exert the fascistic powers they hold over these vulnerable souls. Again and again we manage to emerge victorious, moving forward to our ultimate destiny in spite of everything. Yet there is one tragic moment that threatens to take all of that progress away. It even has a super sad song with melancholic vocals, so you know Monolith Soft is eager to tug on our heartstrings and send us reeling.

Chapter 5 follows Noah, Mio, and company as they infiltrate a floating prison fortress as a way to gain entrance to Keves Castle. It’s heavily fortified, so taking on the identity of prisoners is the only way to break inside without inciting a full-scale war. Turns out Moebius knew all along, waiting for our heroes to make their move before springing a trap and taking them prisoner. M & N (different versions of Mio and Noah from the past) do battle with the party as a number of massive narrative revelations come to light. It’s over an hour of cutscenes interspersed with challenging boss battles, but the drama is so juicy that time passes by within seconds, pulling you in and refusing to let go. JRPGs rarely get this good. 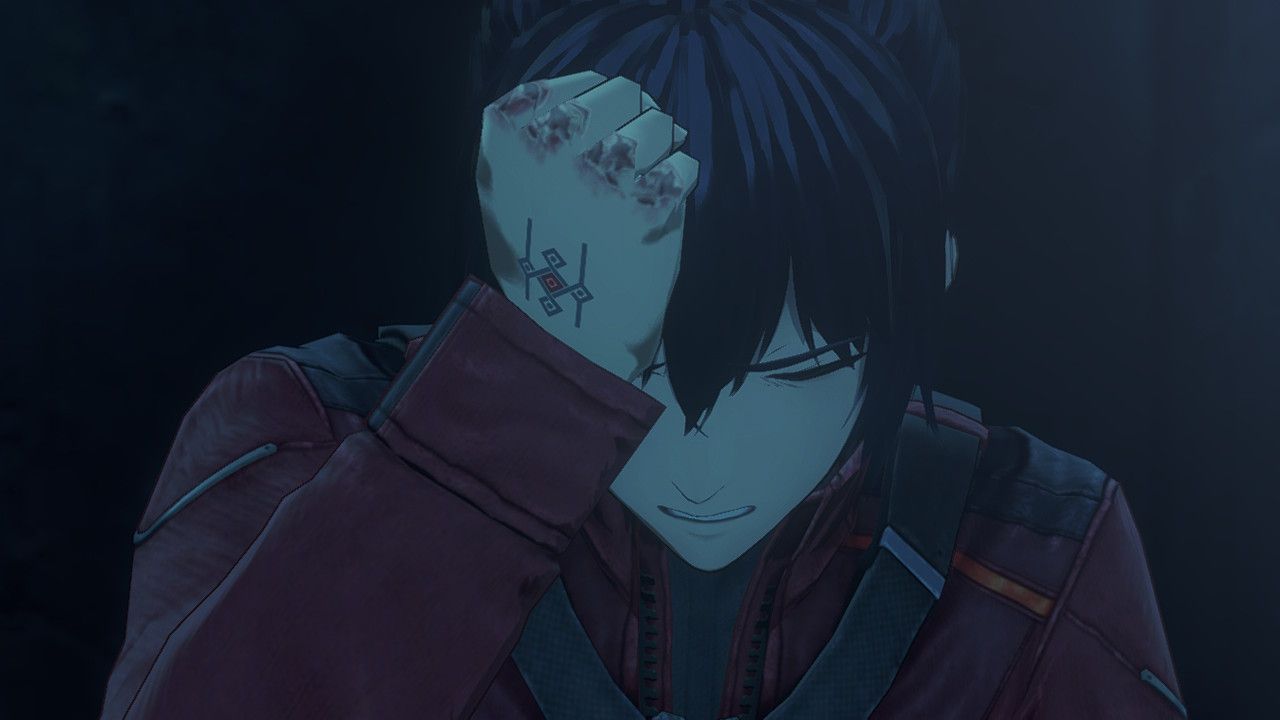 Mio’s final term is drawing to its end, and being thrust into a prison cell means her final day approaches, and we’re powerless to do anything about it. Locked in her own cell away from her friends, we are forced to watch as they punch at the walls, searching desperately for a way out before everything comes to an end. There is no means of escape, only the hollow acceptance of defeat as Mio embarks on a heartbreaking monologue that confesses her love for Noah and almost makes peace with the approaching jaws of death. Her life is ending on terms she didn’t choose, but she came so close to changing the destinies of millions that she can’t help but crack a smile amidst the tears, knowing that she walked a path to be proud of.

The drama here is delicious, and the 40 or so hours we've spent with these characters up to this point means we have seen them go through so much. To have their flame snuffed out so close to the finish line is diabolical, and Xenoblade Chronicles 3 executes upon it so well that for a brief second we even believe it’s all over. It isn’t over obviously, with a last minute twist revealing that Mio switched places with her past self before her homecoming and absorbed all her memories, carrying forth that legacy and abandoning her temporary lifespan in the process. Yet we still lost someone, and had to watch Noah, Eunie, Lanz, Taion, and Sena go through that momentary shotgun blast of grief as the cat girl they’d come to call family faded away before their very eyes. It’s some heavy shit, and yes it totally made me cry like an idiot. 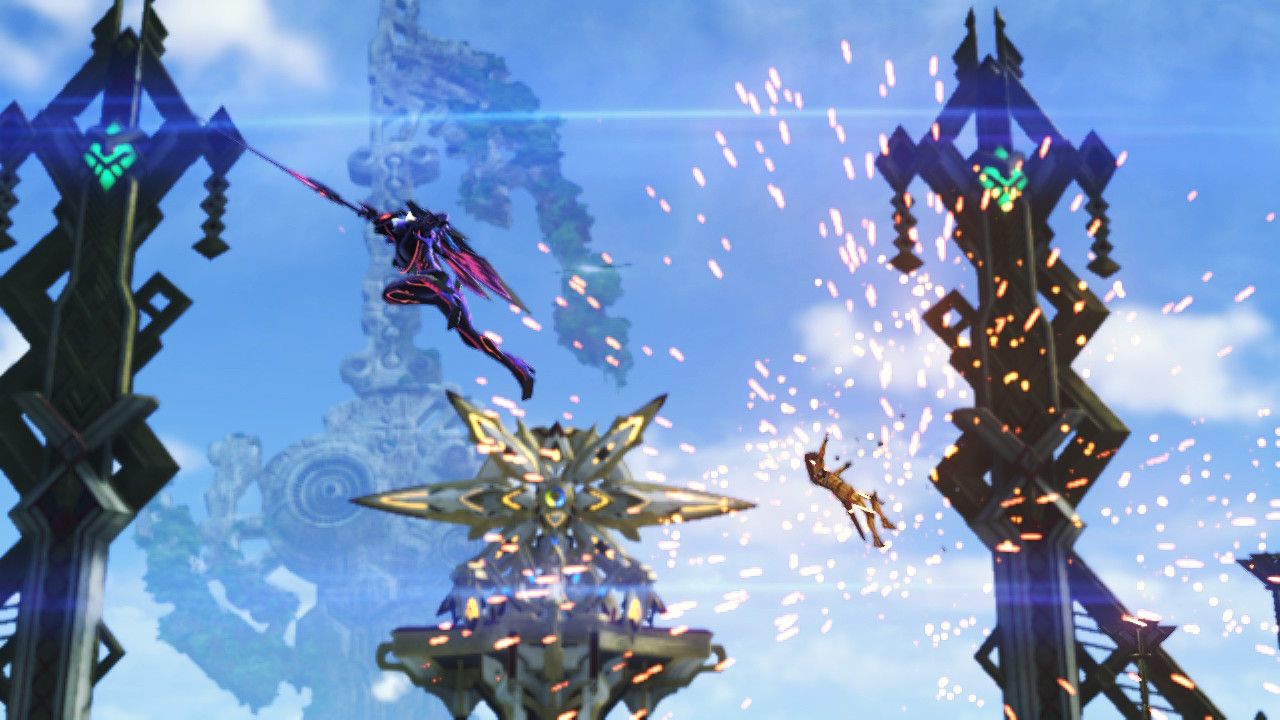 While this loss is monumental, to see Noah realise that not all is lost, and he now has the power to rise up and fight back is deliriously satisfying. A glimpse into the memories of the different versions of Noah and Mio I mentioned earlier provide valuable context that justifies their actions. We might initially view them as villains, but all of them are acting on an emotional foundation that makes total sense. Losing everything over and over again forces them to act in ways that are selfish and downright evil, but it’s all in service of maintaining an emotional connection that could fade away at any moment. Mio’s alternate form comes to realise that the love she once cherished is built upon misguided pretenses, and thus decides to hand her destiny over to a new generation that is capable of so much more.

Xenoblade Chronicles 3 is never afraid to explore the thematic depth of human connection and loss, exploring what it means to take hold of a life that has so long been dictated by someone else. Personal agency and the tragic beauty that comes from making your own decisions despite the consequences that might accompany them. If our characters can’t choose how to live for themselves, what is the point of living at all? They don’t know the outcome of ridding this world of authority figures with seemingly unlimited power, but it’s worth taking that risk to see what else is possible instead of dying on their knees in servitude. Chapter 5’s climax is when all of these themes reach their narrative apex, resulting in moments that will go down in history as some of the genre’s very best. 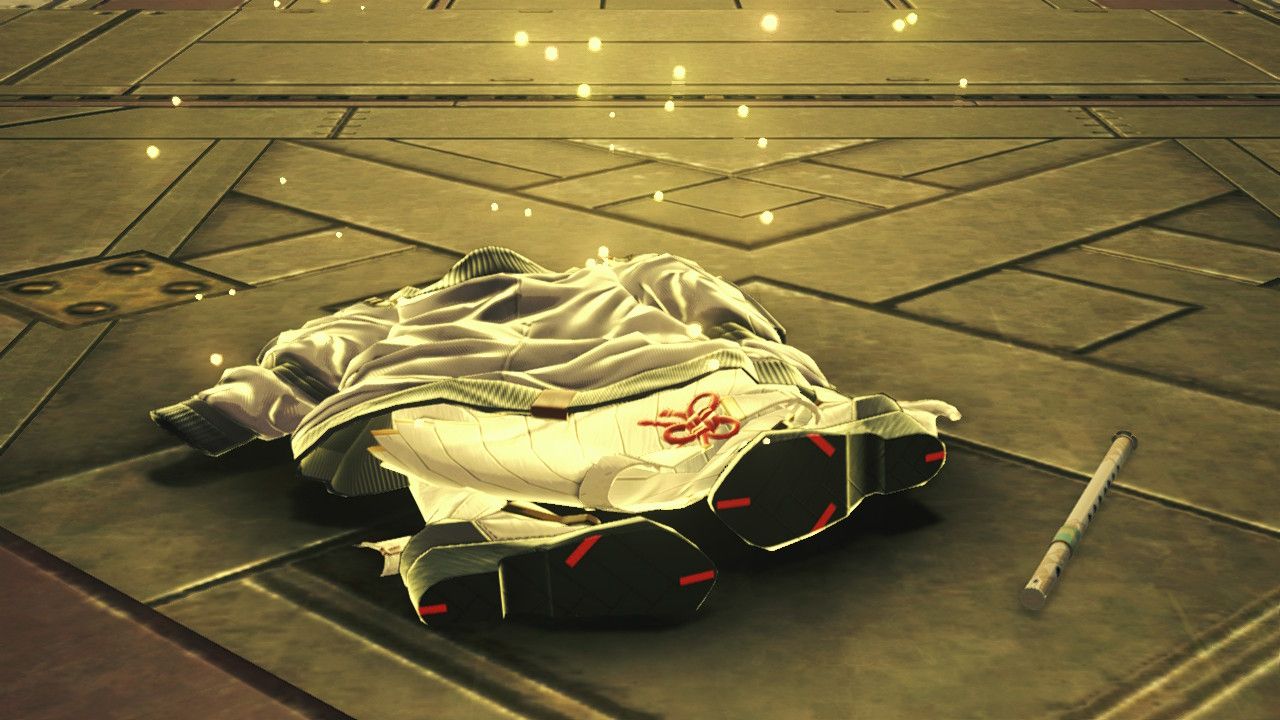 I just want Mio and Noah to fall in love and live a long, happy life together. Is that too much to ask?