How A Truck Simulator Made Me Finally Believe In VR

Virtual reality can whisk you away to incredible, fantastic, hitherto unimaginable worlds. It's a portal to wild, wonderful places beyond comprehension. You can use it to journey into the depths of space, traverse rich fantasy worlds, and battle zombie hordes. But the game that really sold me on the tech wasn't as exciting as any of this. It was driving along an unremarkable stretch of motorway somewhere in Germany, delivering a few tons of yoghurt to Stuttgart. Euro Truck Simulator 2 isn't just a great game, but it made me realise the true power of VR.

The game is, as that very matter-of-fact title suggests, about driving trucks around Europe, delivering goods between depots, and obeying the rules of the road. It’s oddly hypnotising, despite the seemingly boring subject matter—and a polished, well-made game to boot. The driving model is perfectly weighty and nuanced, taking into account the rise and fall of the road and the weight of whatever load you're dragging behind you—whether it's dairy products, planks of wood, or fish. The world needs this stuff, and you're gonna bring it to 'em. 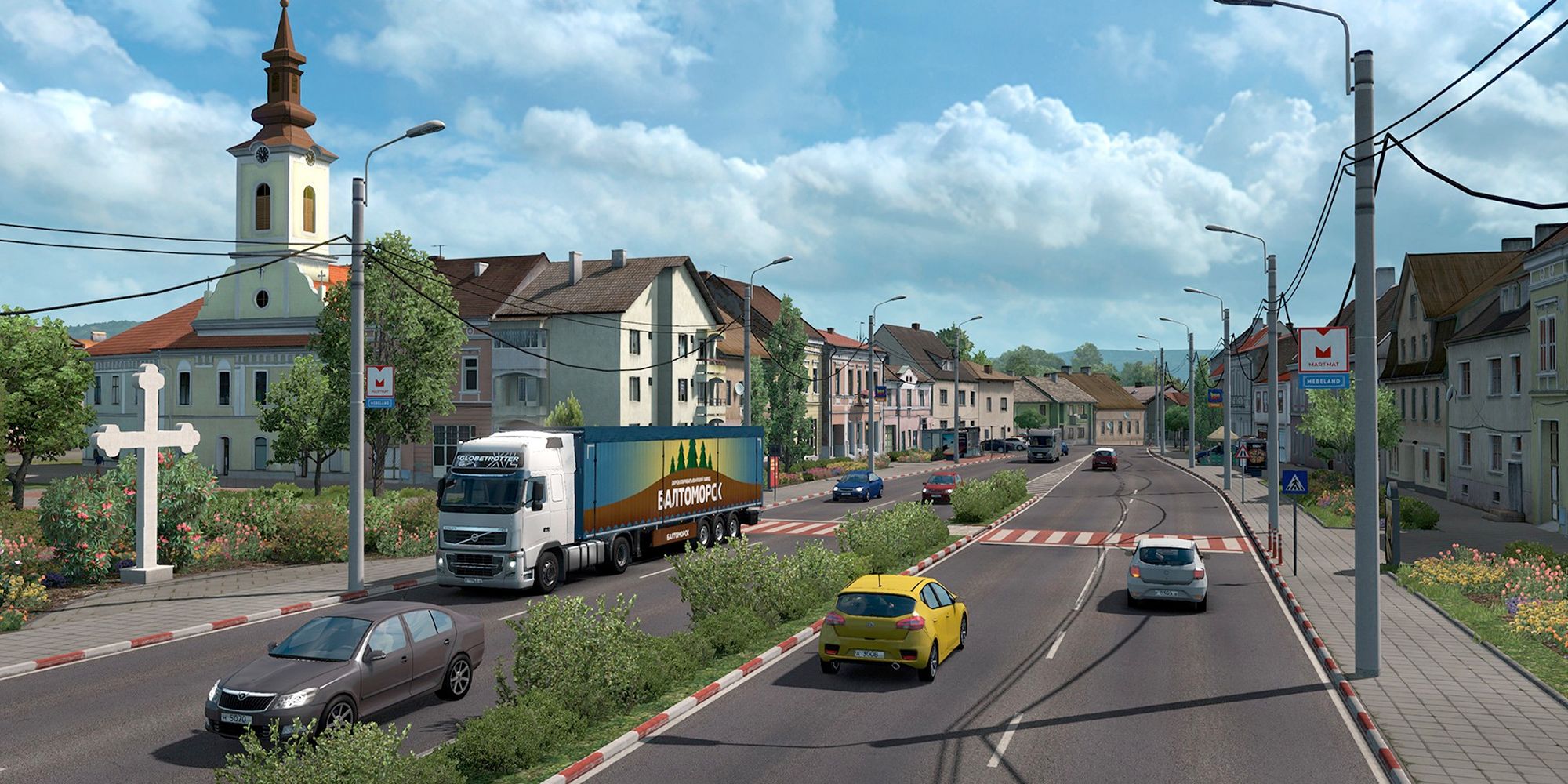 The VR support is excellent. One of the most impressive things about ETS2 is the detail of the truck cabins, which have been accurately modelled based on their real-world equivalents. They look great when viewed passively on a flat screen, but in VR the sense of place and presence they give you is on a whole other level. You almost feel like you can reach out and feel the texture of the dashboard and the leather on the seats. The sensation of being in a real 3D space is palpable, and you can even lean out of the window to get a better look at the road.

The moment that defined the experience for me was when I was playing in VR on a long haul across Germany. I was so entranced by the experience, and so fully immersed, that I saw the open window to my left and instinctively tried to lean my arm on it. Of course, there was no window there. My brain had momentarily forgotten where it was, and my arm just passed through thin air. I felt ridiculous, but this was the exact moment where VR suddenly made sense to me. Later, I put a box on my desk where the window was so I could lean on it. 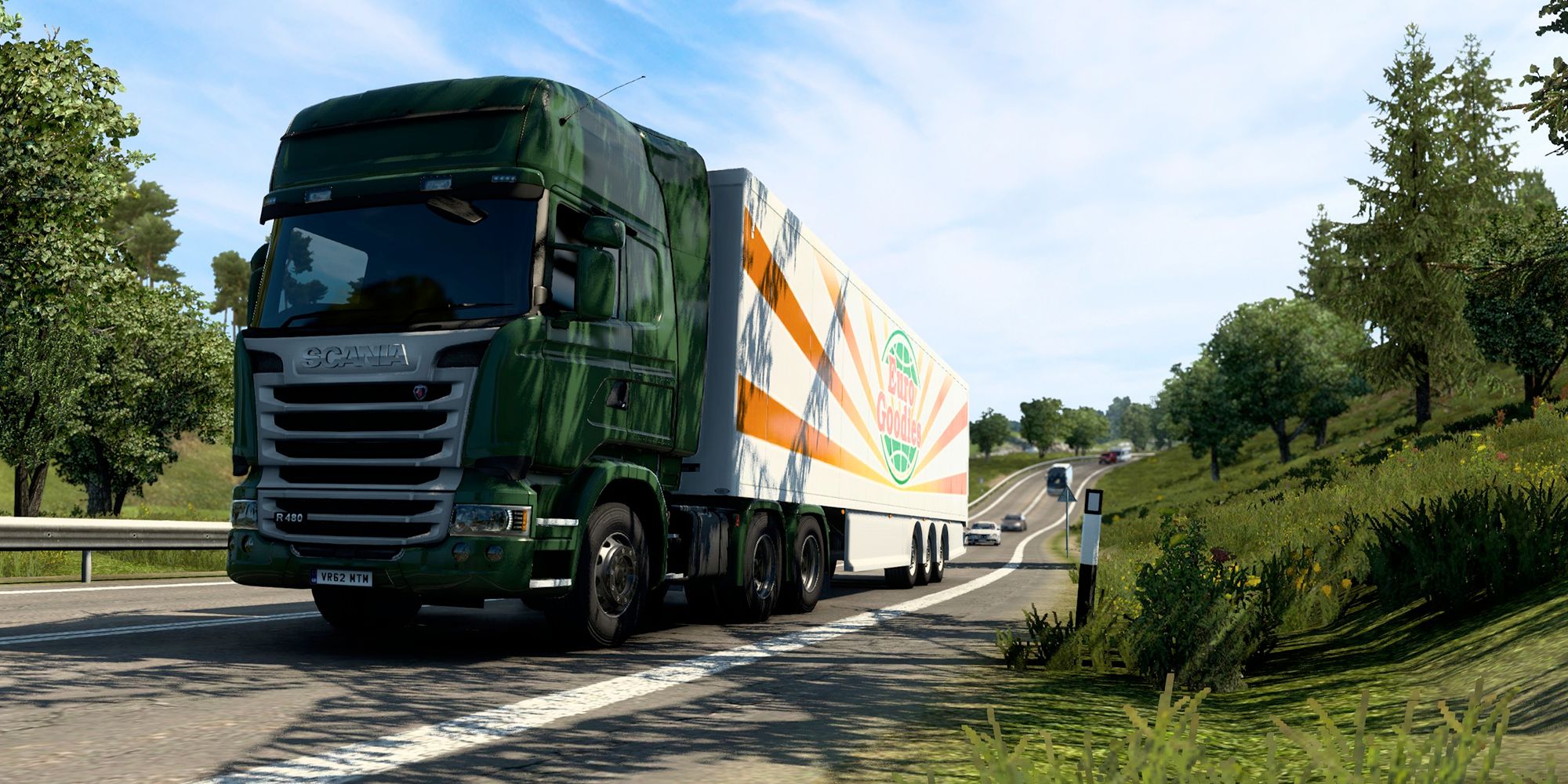 The VR is even more impressive when a rainstorm sweeps in. The way the droplets streak across your side windows as you pick up speed is a small effect, but a subtly impactful one. In my experience, when it comes to making a virtual reality experience convincing, little things like this can leave more of an impression than bigger, flashier touches. It's hard to explain, but by being so rooted in reality, a game like Euro Truck Simulator 2 somehow feels more real in VR. The grounded familiarity makes it easier to buy into the illusion, perhaps.

If you want to take things to the next level, try a force feedback steering wheel. It's by no means a necessity—the game is perfectly playable with a gamepad or mouse and keyboard—but it brings a new dimension to the driving experience. As you drive along, you feel the soft rumble of the tarmac beneath your wheels, and you'll feel a jolt of feedback if you slam the brakes. I've played hundreds of VR games, but Euro Truck Simulator 2 is the only one I truly lost myself in: more than flying spaceships in Elite or killing zombies in The Walking Dead.