Hooked On You: 10 References You Won’t Get Unless You Play Dead By Daylight

Behaviour's Dead By Daylight off-shoot Hooked On You offers a truly visceral dating sim experience. After waking up on a tropical island with your memory wiped, two timid Survivors pen you in with four bloodthirsty Killers and commence the world's wildest game of The Bachelor.

As the Killers vie for your heart – both literally and figuratively – you will have to make some tough decisions along the way. Here are some nods to the original game that you might well miss unless you're a seasoned Dead By Daylight player. 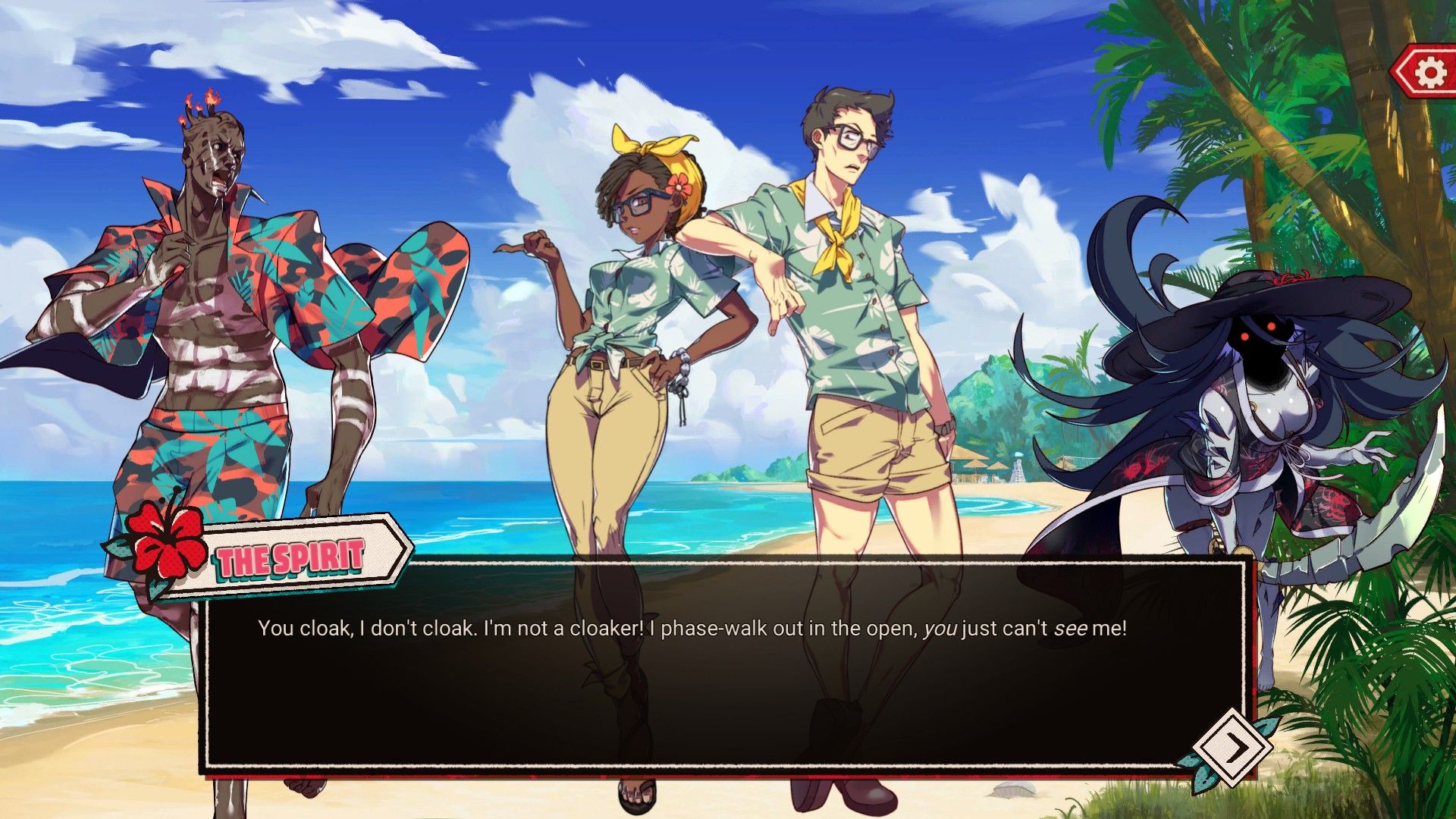 As Spirit and Wraith squabble over you, Spirit becomes incensed when he claims that she herself is a cloaker. She gets irate, claiming that she doesn't cloak but phase walks instead. This is a direct reference to each Killer's ability in Dead By Daylight, where Wraith can turn partially invisible and Spirit can phase into invisibility as she moves around the map.

This is not the only reference to unique Killer abilities in Hooked On You, as Huntress proudly wields her hatchets and Trapper has an entire 'spot-the-trap' minigame when you play his story. 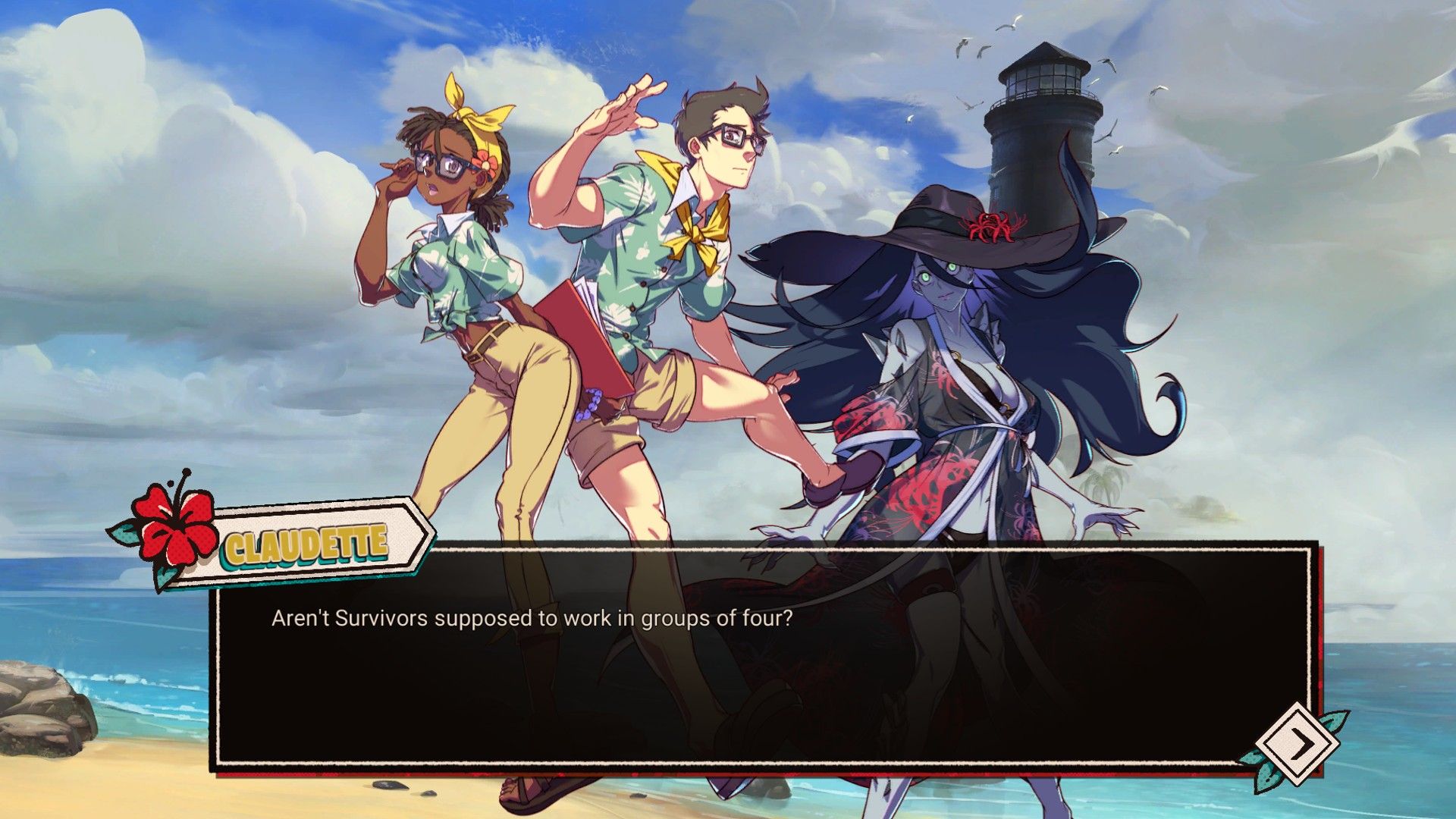 Dead By Daylight is a four-versus-one multiplayer game where four Survivors work to quickly fix generators, powering up the exit gates and slipping away before a Killer sacrifices them to a mysterious evil force called The Entity.

Dwight and Claudette are two of the most iconic Survivors in the game, primarily due to each one's unique Perks. Both are thought of as strong character choices for solo players, since their Perks lend themselves well to healing and stealth. These two characters can be difficult to catch for Killers because of this, so the fact that they are supposedly the last two Survivors on Murderer's Island definitely tracks.

Pair this with repeated references to being trapped on the island and never being able to truly die, Hooked On You pokes fun at the never-ending torment of the unfortunate Dead By Daylight Survivors who are doomed to face Trial after Trial in the Entity's arena. 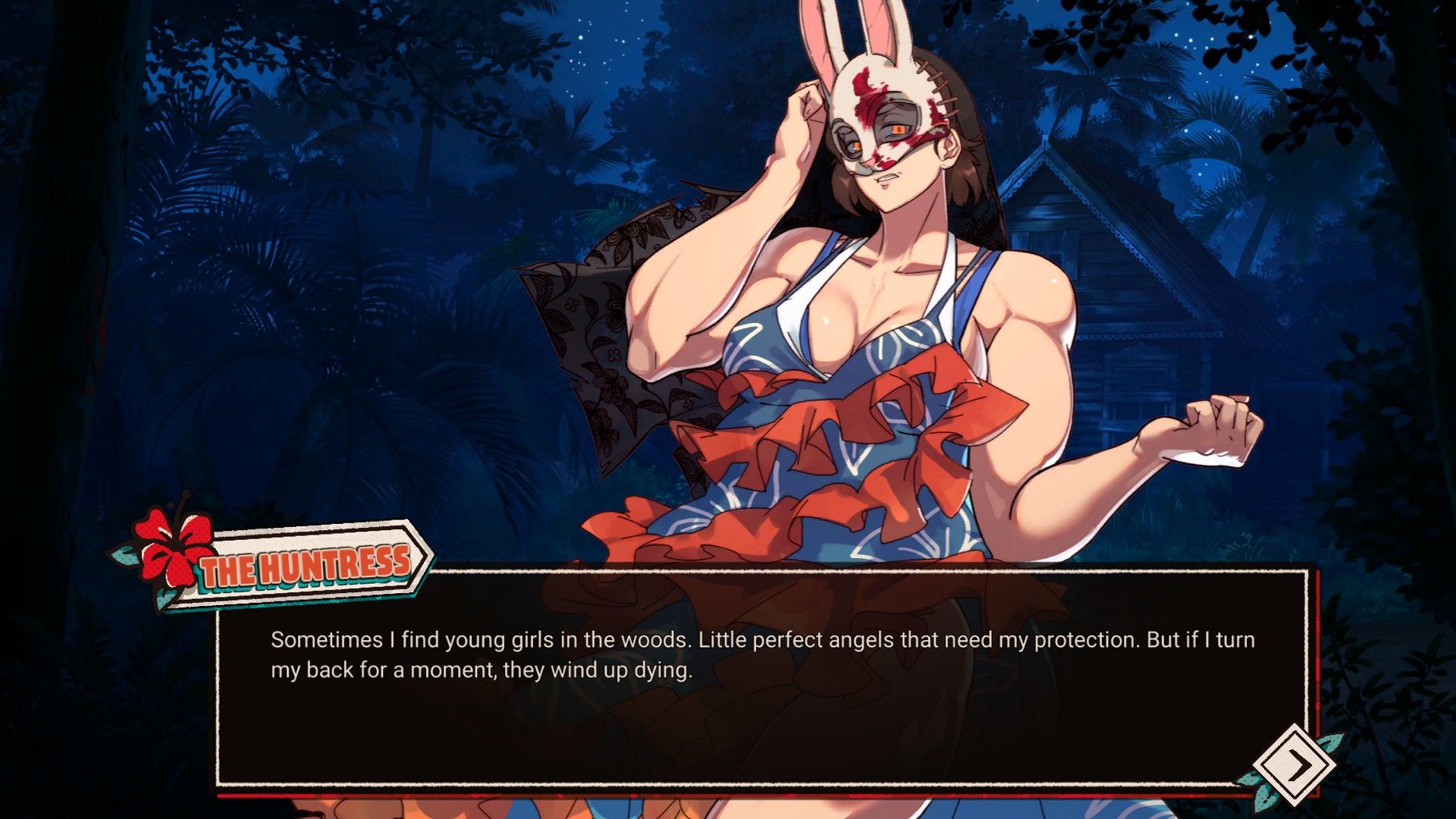 When Huntress tells her first campfire story, she ends it by singing Bayu Bayushki Bayu. This stirring Russian lullaby is a tender reminder of Huntress's tragic backstory, linking back to her roots as a little girl living in the woods with her mother.

In Dead By Daylight, Huntress hums this haunting melody as she hunts down Survivors, and can be heard from almost all parts of the map by any Survivor unlucky enough to be on her radar.

Its minor-key tone is somber as well as creepy, again reminding the player that there is more to Anna than her hatchets and woodland cottage.

She explains to you that she yearns for a family of her own, a daughter to protect and love in the way that her mother loved her before she was eviscerated by a wild elk on a hunting trip gone wrong. 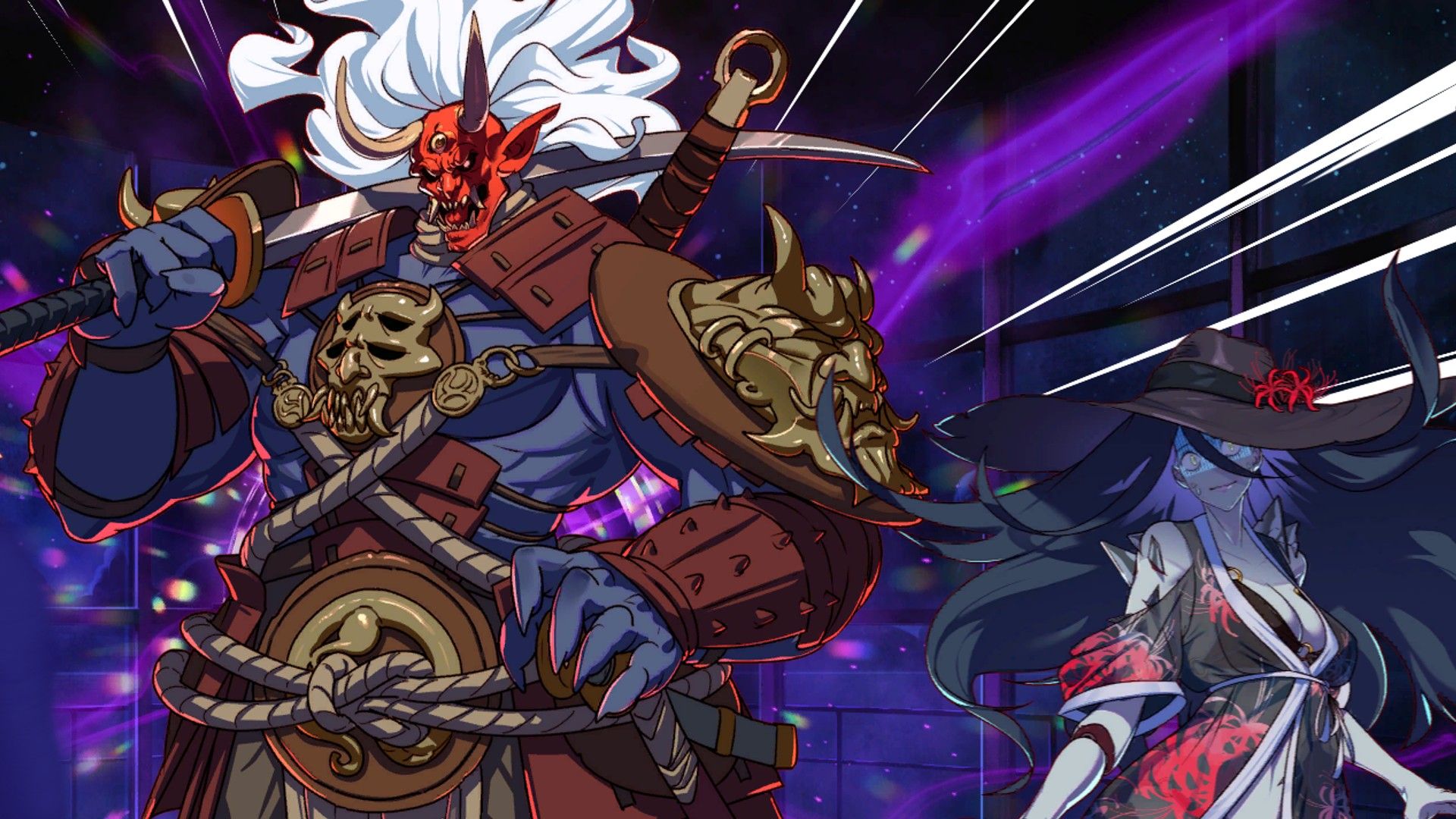 Kazan is another cameo from the core Dead By Daylight Killer roster, appearing to you at Spirit's lighthouse flanked by Claudette and Dwight to give you the third-degree.

He is a tough one to impress, but it is a clever touch to flesh out Rin's relationship to her ancestors in DBD's sister game, something which hardcore fans might already know – or, on the other hand, might be shocked to discover themselves. 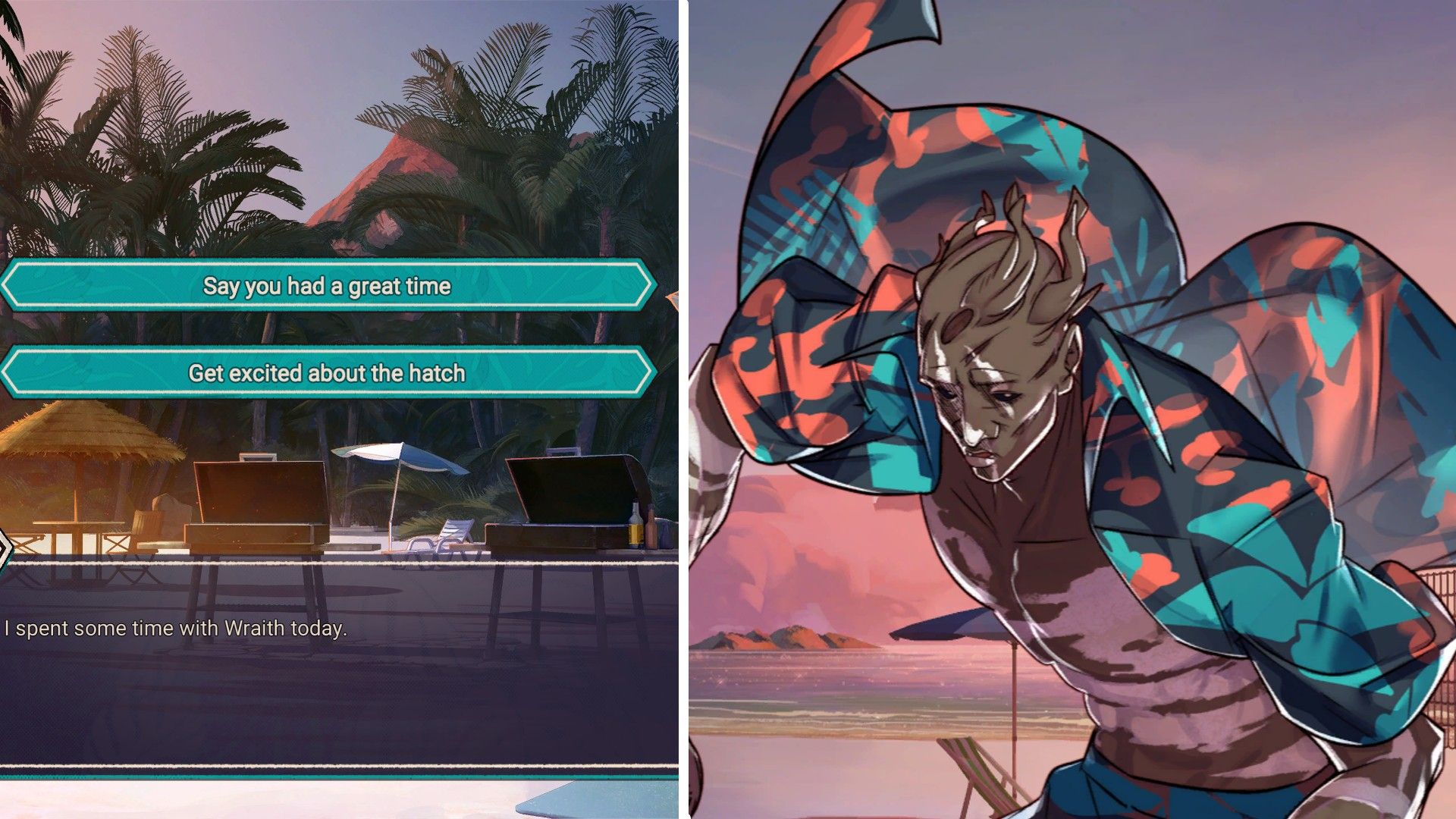 Hooked On You beautifully fleshes out some well-known Dead By Daylight lore by having Wraith's secret lair sit just below the Earth's surface, down the infamous Hatch.

In the original game, the Hatch is a trap door that offers a quick escape to the final Survivor on any map. Hooked On You reveals the Hatch to be connected to the Trapper's tunnel systems, a winding underground network that, in Dead By Daylight, functions as a sneaky escape route for Survivors.

In this cheeky dating sim, however, you'll find no such escape down there – but you might uncover some more of Trapper's secrets. 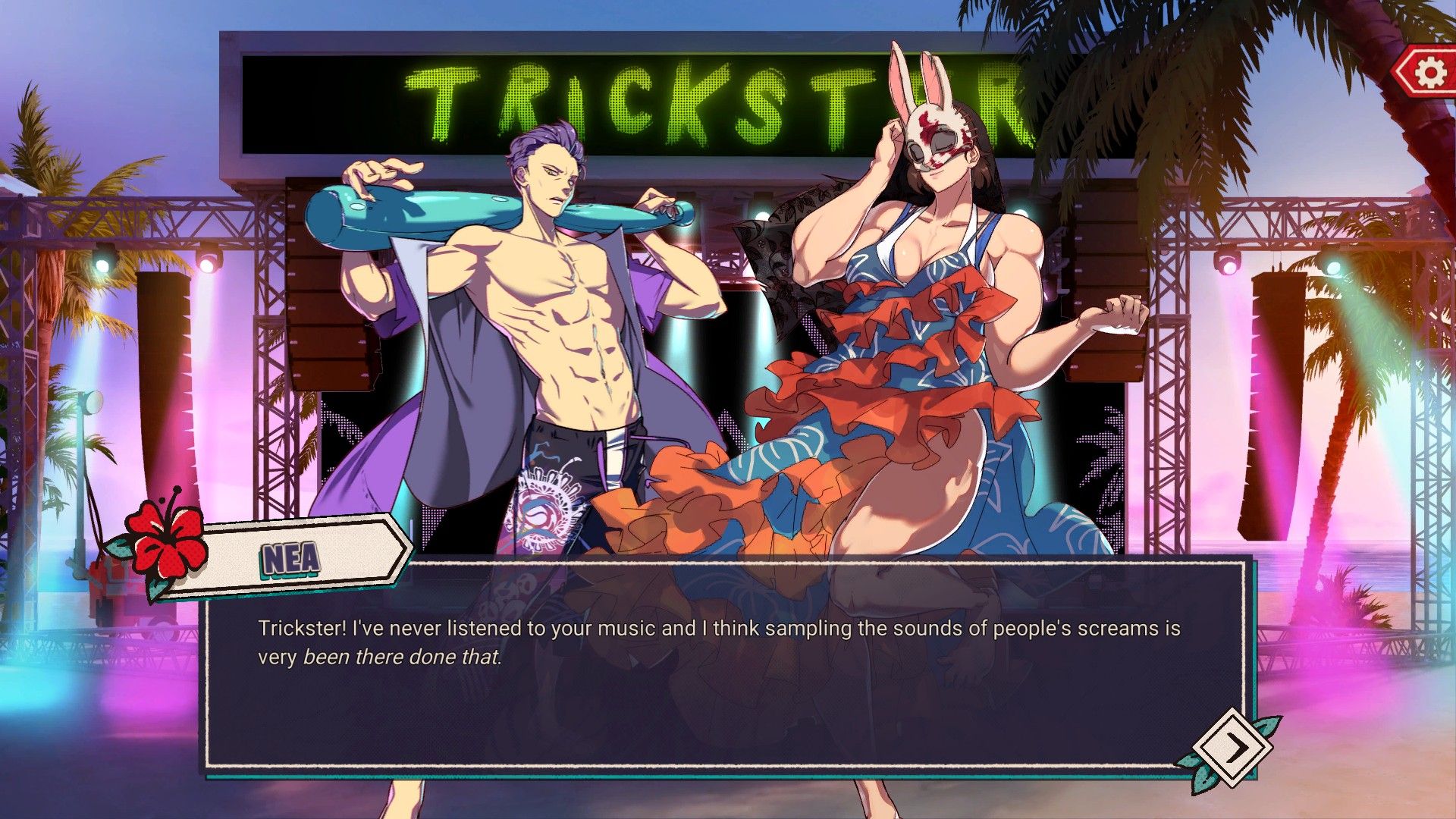 Poking fun at the discretion between Dead By Daylight's original and licensed Killers, The Trickster's cameo is there to taunt us with the mysterious IP Island.

Located just off the coast of Murderer's Island and unreachable unless specified in certain pathways, IP Island is rumored to play host to all the biggest names in horror that didn't make the cut for Hooked On You.

Trickster makes digs at the Narrator about the price of license agreements and copyright, eventually namedropping Scream's Ghostface as one such hotshot Killer stalking the shores of IP Island.

Sadly, all glimpses of the Island are devoid of most of the game's most famous faces. However, you do get to see a brief appearance of Ghostface himself as you play through Huntress's story.

4 A Message From The Developers 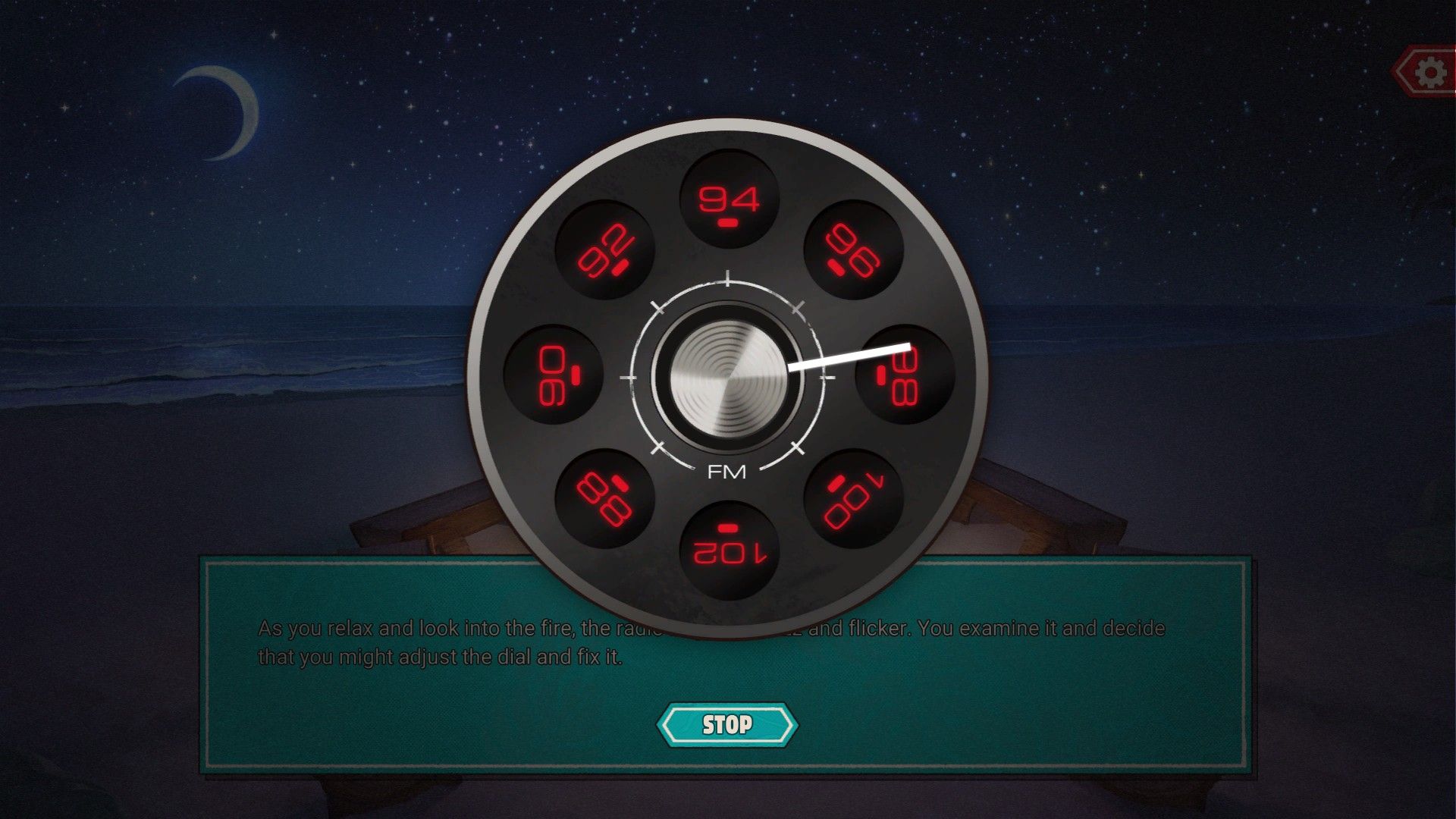 One of the minigames early on in your playthrough features a radio dial, courtesy of Dwight and Claudette.

As you select a station, you have the chance to land on one of the Dead By Daylight game developers talking about the game, its community, and thanking players for their continued enthusiasm and support.

This small moment of contact between DBDers and the developers will be appreciated by longtime fans as a token of mutual respect: one of the more poignant meta moments in Hooked On You, of which there are many.

The Dead By Daylight community has expanded and faced its own share of trials (excuse the pun) and tribulations over time, but this moment of recognition from Behaviour Interactive's key developers is a special moment that will stand out to you if you've been an active member of it for any meaningful length of time.

3 Spider Legs In Your Cocktail 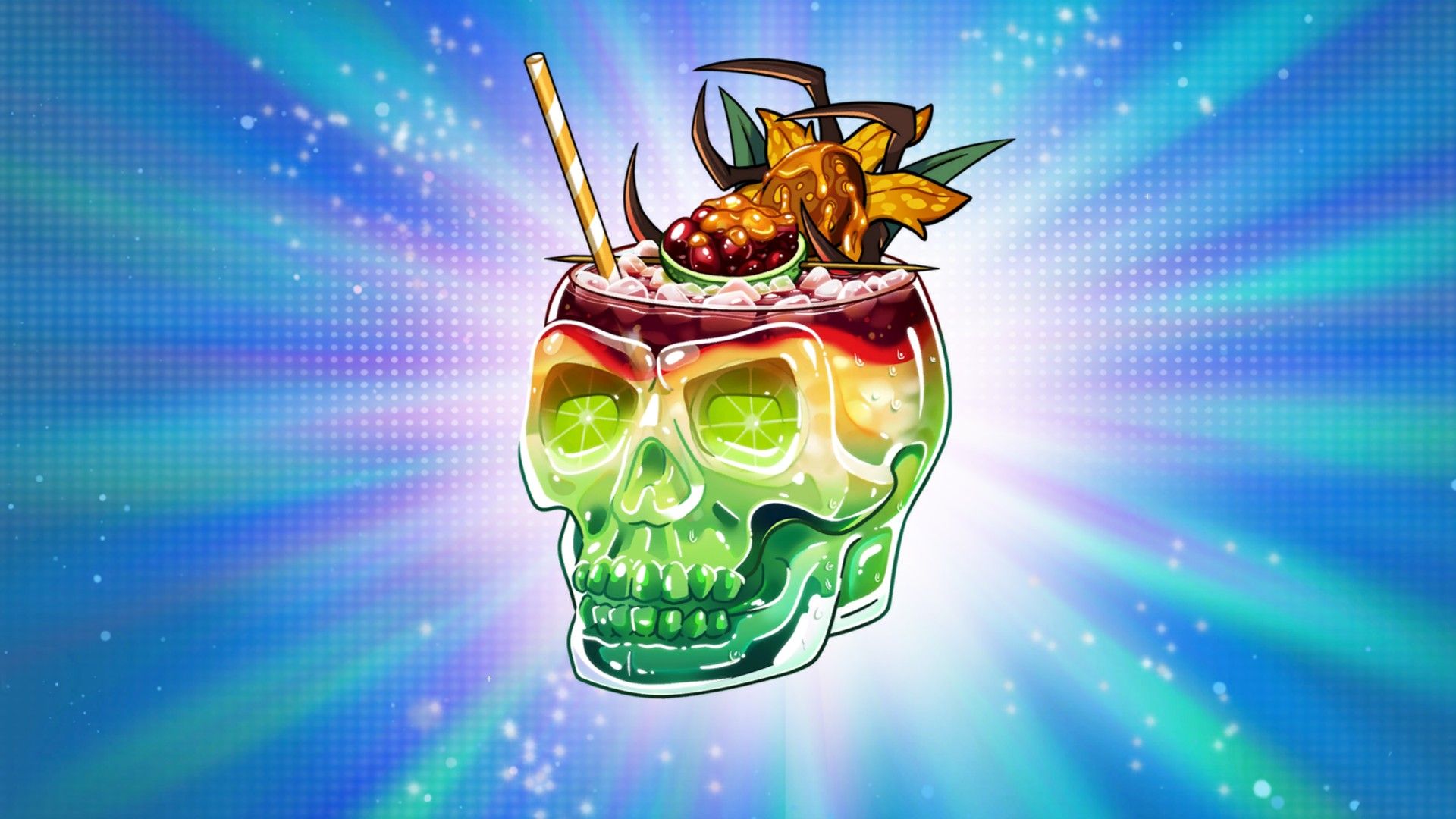 Before you take a gulp of that brightly-colored cocktail handed to you by the lovely Survivors, you might want to stop and smell the flowers.

Dead By Daylight players will recognize the four spindly spider legs adorning the edges of that sunflower, being reminiscent of the sharp tendrils which stab you in the stomach if you get hooked by the Killer three times.

These arms belong to the Entity, the omniscient disembodied force to whom all Killers are desperate to sacrifice the Survivors.

It watches over the Trials from the shadows – and it would seem that on Murderer's Island, even with the absence of the Fog, the Entity has made its presence known. 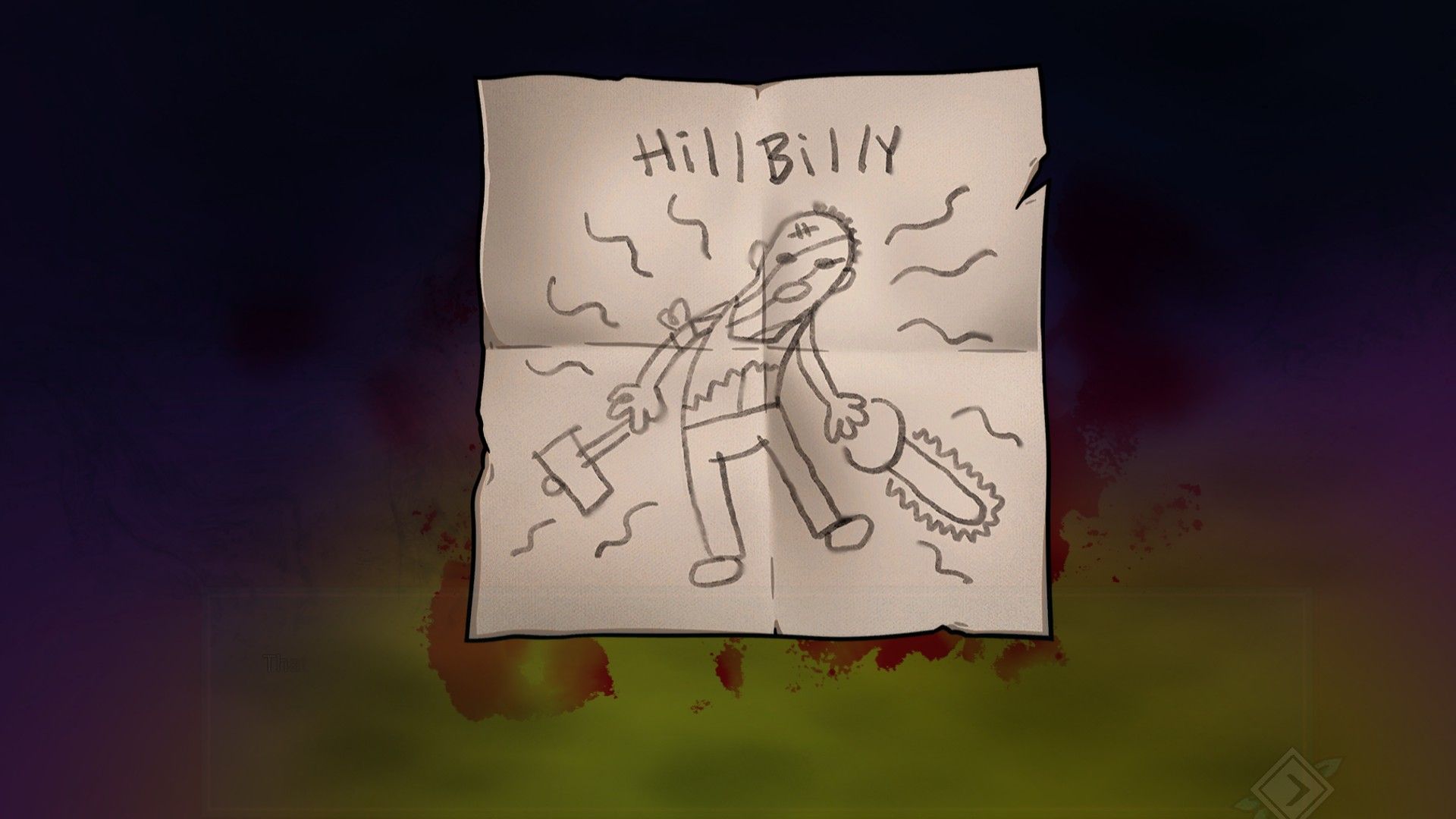 Trapper fans will be relieved to discover that the beautiful sketch of a certain chainsaw-wielding killer is actually a self-portrait he swiped from the one and only Hillbilly.

Another of Dead By Daylight's more popular original Killer characters, Hillbilly's heavy-duty weaponry has always made him a standout cast member for his powerful attacks that can shred pallets in seconds.

Of course, Trapper bullies him by hoping to rope you in on the joke. Be careful, though – falling for the Trapper's trap and complimenting his artistic talent is a one-way street to a cleaver between the eyes.

1 The Entity Is The Ocean 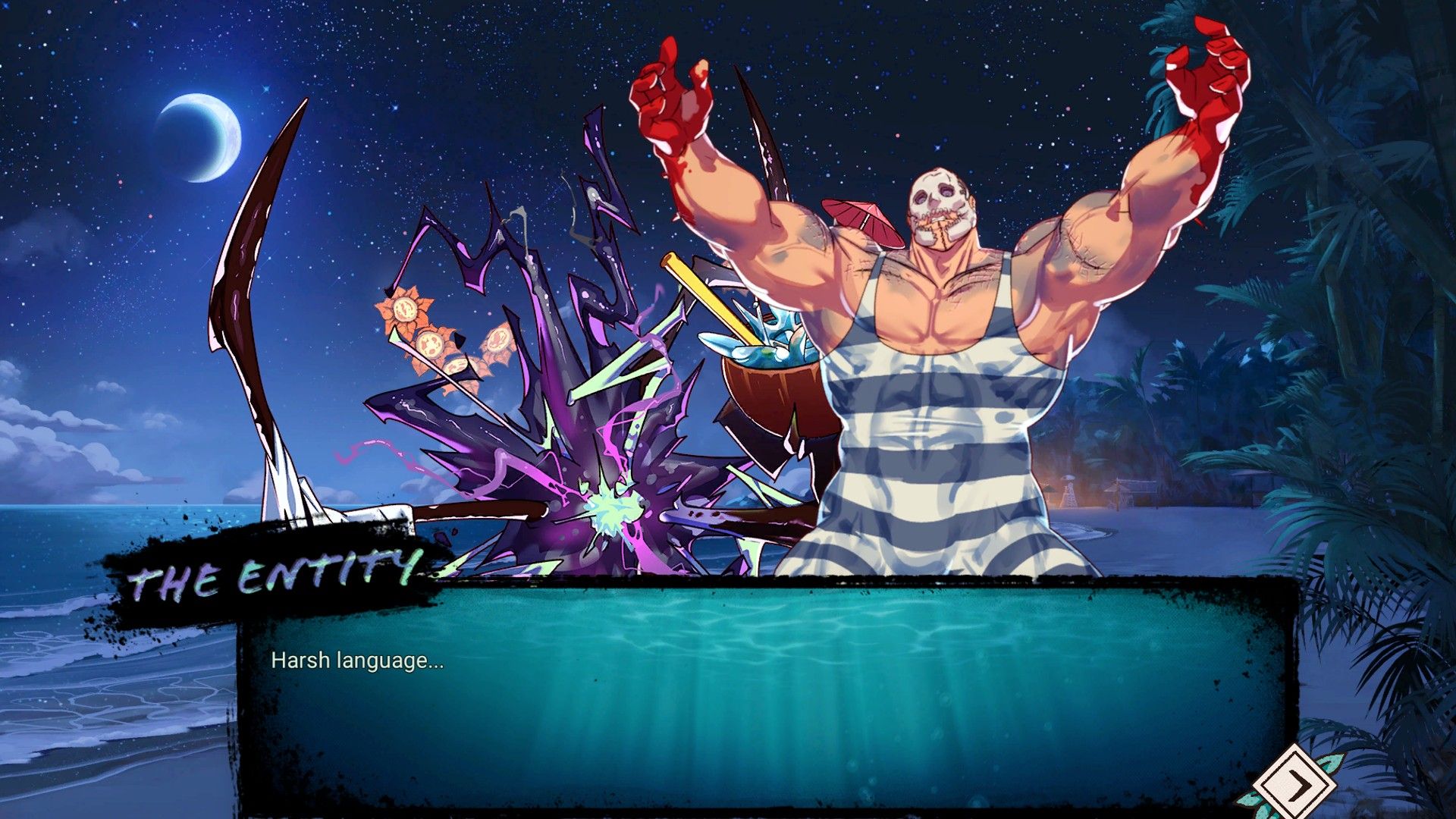 Surprise! Or, maybe not.

If you're heartless enough to reject your beau after their impassioned declaration of their love for you, The Ocean reveals its true colors as The Entity, who has been watching your journey from the shadows.

It takes great pleasure in your cruelty to its Killers, standing-by on the sandy beaches and relishing every tear shed as you crush the hearts of the heartless.

Wraith and his Grandmother Abi are also revealed as ancient followers of the Cult of the Black Vale – the underground Pagan cult that idolizes The Entity. Wraith's storyline is one of the most lore-heavy of the four pathways, explaining why blood sacrifice is the only way to escape The Entity's twisted game.

You can meet The Entity by achieving any plot-twist ending for each of the four Killers by rejecting their love during the final moments of your playthrough.