Hindsight Preview – It Still Remains To Be Seen

When you hear a game is being published by Annapurna, you immediately pay attention. The little indie publisher that could has been responsible for some of gaming's most interesting stories of the past few years, with The Artful Escape, Journey, Sayonara Wild Hearts, If Found…, and Outer Wilds all under its banner. There are a few misfires (Twelve Minutes has entered the chat), but it's a pretty bankable name. It was because of the Annapurna link that I first became interested in Hindsight, and after seeing a hands-off preview, I think it has the makings of another classic, but it's not quite out of the Twelve Minutes woods yet.

The premise of Hindsight is simple and tragic enough to form the foundation for a story that could be deep, relatable, and compelling, but could also be very trite and empty. You play a character whose mother has just died, and you must perform the monotony of mourning by clearing out her house. As you do so, you can interact with random objects that will unlock memories. Sometimes these objects will be items your mother owned, tied to specific memories of that thing, while at other times they will be more general – in the short playthrough we saw both a butterfly and a raindrop used to unlock these memories.

It strikes me as being similar to Unpacking, not just in that you are literally packing up objects. The gameplay is rather thin (essentially wandering around and interacting with items that glow), but it forms the backdrop for you to tell a story. Or rather, for you to see a story. What strikes me as worrying about Hindsight is how reliant it is on its own narrative. It's unlikely anyone is going to have much 'fun' playing a game like this, not even in the organisational puzzle sense that makes Unpacking very firmly a 'video game'. We should celebrate games relegating 'fun' to a lesser part of the occasion – in movies, books, and TV shows, while some are made to provide fun, others exist to stir, to provoke, to excite, and to move. Video games only ever seem to care about achieving these secondary aims through fun, so it's not a criticism of Hindsight inherently that it doesn't seem 'fun', but it is worth mentioning. 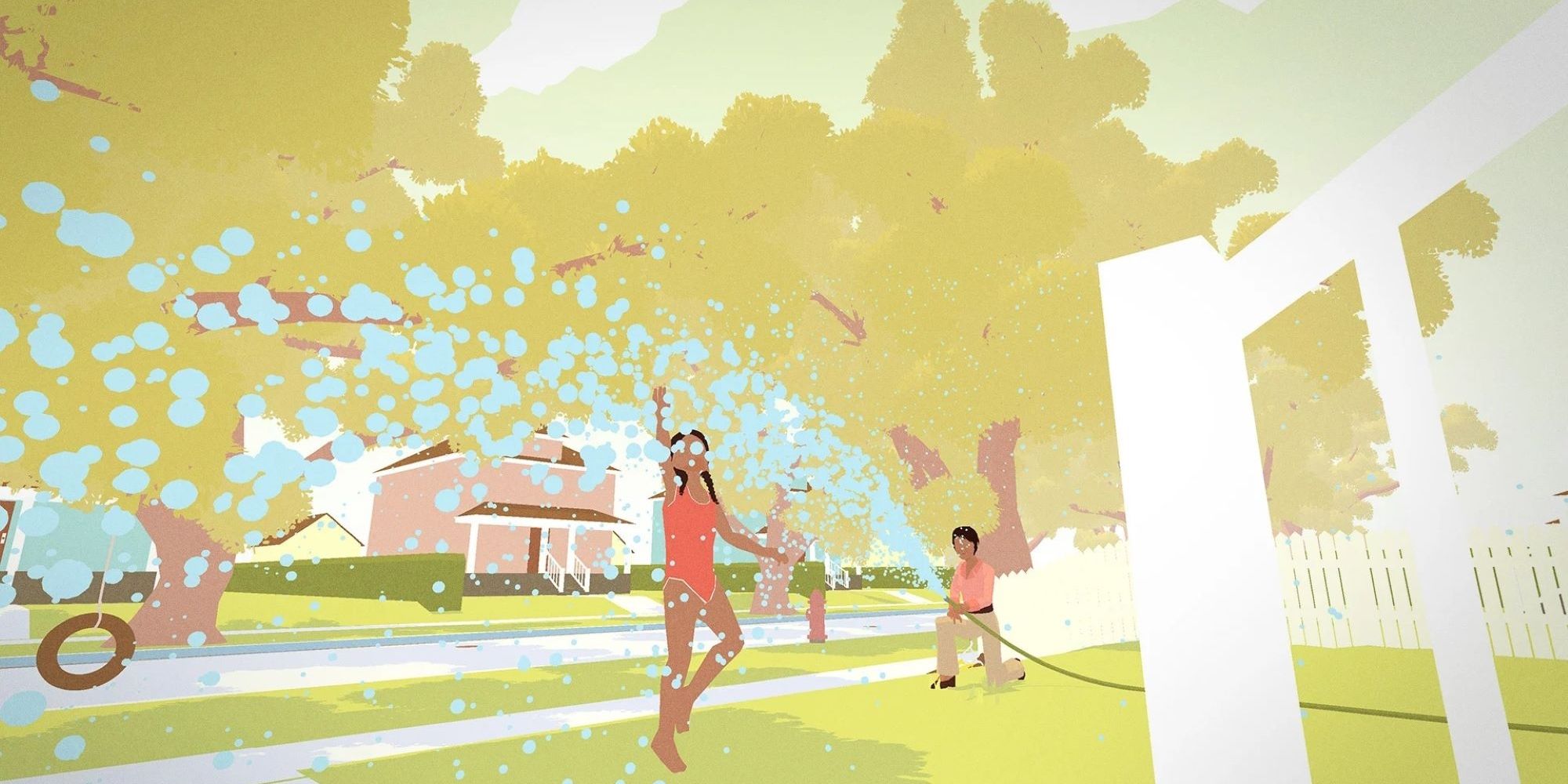 Why it reminds me so much of Unpacking is because of the narrative in front of us. In Unpacking, we are passengers. That moment when we realise there is nowhere for us to put our diploma beside under the bed hits so hard because there is nothing we can do to change it. We can't make other decisions for the character, can't have them avoid moving in with someone who doesn't value their achievements, can't change the people around them with simple approval mathematics. Life just is. Hindsight is similar – at one point in the preview, there was a choice between which item to pack in a suitcase to keep with us as a treasured memory. You can only choose one, and each one has a new memory, but none dictate the story. For example, there is a hairbrush, and the devs told press that initially, choosing that would have built a backstory where the mother was a hairdresser, but that was removed, so now her story is the same no matter what, we just might see slightly different slices of it.

I'll need to see it in action before passing judgement on whether that's the right call or not, but my gut reaction is 'no'. It works in Unpacking because the player has agency. We ultimately place the diploma under the bed, and the realisation is one we come to naturally. In Hindsight, the devs wanted to protect the mother character – she has died when the game begins, and has therefore already written her life's story, which is sound logic – but it comes at the cost of the player. Not the player character, but the player specifically, who it feels like has been relegated to the role of passenger, in a game that seeks not to provide entertainment, but to tell a story. There might be some more meat to it on a full playthrough, but right now it doesn't seem like a very compelling story either. It's tragic when parents die, and a lot of adult players will relate to this macabre clean up, but this is a game that doesn't want to be fun, doesn't want your input, and doesn't seem to offer anything new. With the game's hand-drawn artstyle, you'd think it might have been better off not making a video game at all, but an animated movie telling the same story. 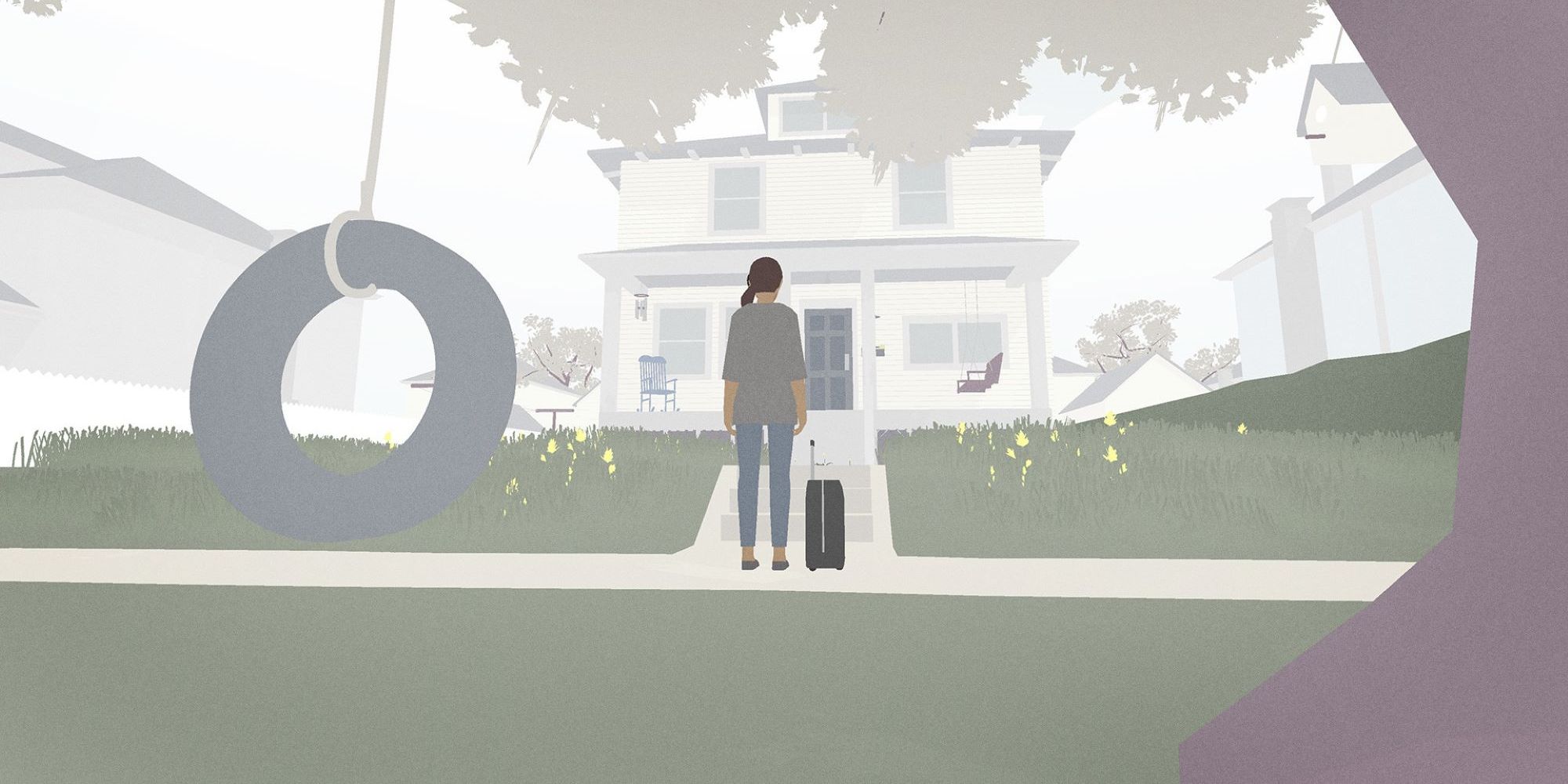 That all said, I'm still looking forward to Hindsight – if for nothing else to be proved wrong, letting me write 'in Hindsight, I should have trusted the developer's vision' in my review. It feels like it's trying to move gaming to a new place, but the worry is it's doing so while missing the mark on a lot of what we expect from the medium, and not quite offering a credible replacement. Hindsight feels like it could be a good idea, but the preview still left me unsure on the execution.