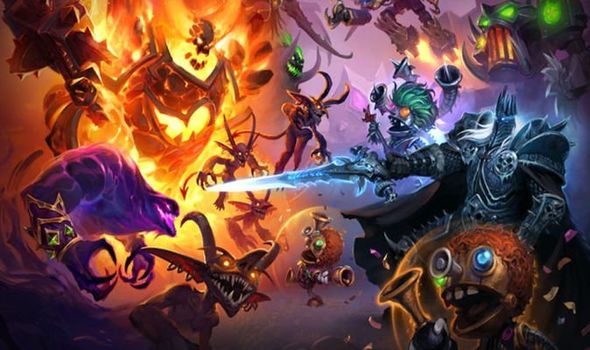 This week will see Blizzard release a new patch that will nerf a number of well-known Hearthstone cards.

The development team has confirmed via their patch notes that this update will be released on Tuesday, April 13, 2021.

The latest balance patch is nerfing a number of Hearthstone cards to help restore more variation to the decks seen on the ladder.

This includes Deck of Lunacy, which continues to dominate but is likely to fall out of favour this week. Jandice is another, this time receiving a relatively simple Cost increase from 5 to 6.

Meanwhile, Blizzard has confirmed that this week’s Hearthstone nerf will increase the cost of Lunacy to 4 mana, telling fans:

“Deck of Lunacy moves up to 4 mana, removing its ability to provide a game-warping effect on turn 1 or 2.

“When we create cards like Deck of Lunacy, we’re aiming for an experience that lets you do wacky, over-the-top things at the cost of power.

“There’s a large audience for that (Spell Mage’s play-rate shows!), but Deck of Lunacy very clearly crosses the power threshold we set for these types of cards.”

Paladins might be a bit more concerned about some of the other changes, with Sword of the Fallen also getting the nerfing treatment.

The durability is getting a drop, with Blizzard explaining: “Sword of the Fallen is not only powerful, but also creates early-game situations with too many Secrets in play.

“We’re moving Sword of the Fallen down to 2 durability to reduce the overall value of the card and make those turns against 3-4 Secrets less common.”

Pen Flinger is another casualty but there will be plenty of gamers who are happy to see the removal of the card’s overreaching chip damage.

“Pen Flinger equips some classes with large amounts of chip damage, whether it be to minions or to the opposing hero.

“This flexibility makes Pen Flinger an attractive option for many decks, but when that utility is combined with repetition it takes over the story of a match. Pen Flinger takes out your minions, might deal 10 damage to your face over multiple turns, and even had the gall to call you names throughout all of it.

“We’re nerfing Pen Flinger to now only target minions, positioning it as a removal option rather than a dual-threat card.”

And while a lot of changes are being made to the game’s base deck, Hearthstone Battlegrounds is also receiving a number of balance changes.

These include the following: