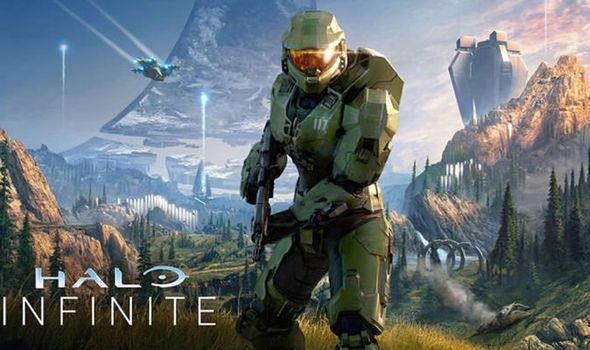 UPDATE: The release date for Halo Infinite has been confirmed during Gamescom Opening Night Live 2021.

Master Chief’s next adventure is heading to Xbox Series X, S and Xbox One consoles on December 8. Halo Infinite will also be available for PCs and will be playable via Xbox Game Pass on day one.

ORIGINAL: Xbox fans may have found out when the Halo Infinite release date will be.

Master Chief’s next adventure is one of the most eagerly anticipated games of 2021, with the Xbox exclusive currently pencilled in for a holiday 2021 release window.

And today (Wednesday August 25) ahead of Gamescom 2021 the exact release date for Halo Infinite could have been revealed.

As highlighted in a post on Twitter by @Nibellion, the official Microsoft Store could have revealed the Halo Infinite release date early.

And it looks like Halo Infinite could have a December 8 2021 release date.

Nibel posted: “Halo Infinite launching on December 8 according to this Microsoft Store listing

The news comes after the potential December 8 Halo Infinite release date also appeared on the website of a Taiwan retailer.

“The informations says that the release date is December 8th. But is also says the forge will be in the game at launch.”

If Halo Infinite news does drop during Gamescom Opening Night Live tonight then it will be a nice surprise for fans of the series who were left disappointed by the game’s no-show during the Xbox Gamescom event on Tuesday.

The Xbox pre-show gave Series X, S and Xbox One fans plenty to get excited about – with new Forza Horizon 5 gameplay, the reveal of Crusader Kings 3 for the latest Xbox consoles, a closer look at The Gunk and more.

But arguably the announcement fans had been most looking forward to was an update on Halo Infinite.

In other Halo Infinite news, it was recently revealed that the latest Master Chief game won’t have campaign co-op or The Forge mode at launch.

Revealing the news, 343 Industries’ head of creative Joseph Staten said these features aren’t ready and will be rolled out in future updates.

Staten said: “As we focused the team for shutdown and really focused on a quality experience for launch, we made the really tough decision to delay shipping campaign co-op for launch.

“And we also made the tough call to delay shipping Forge past launch as well.”

These new modes are now expected to hit Halo Infinite in 2022.