Halo Infinite: How To Defeat Escharum

The newest game in the Halo series introduces some interesting villains, including the big baddie himself, Escharum. The leader of the Banished is a chillingly calm, yet divisive Brute who does not tolerate failure or weakness. As Escharum nears death’s door, his one remaining goal is to face off against the legendary Spartan in the penultimate boss fight of Halo Infinite.

Master Chief’s fight against Escharum requires quick movements and a cat-and-mouse approach. Utilizing the Grappleshot and Thrusters are effective ways to maneuver Master Chief around the area, as well as using the Threat Sensors to always have the Brute’s whereabouts. This guide will provide tips and strategies on how to defeat the leader of the Banished and save Echo-216’s life.

Phase One: Stock Up On Items 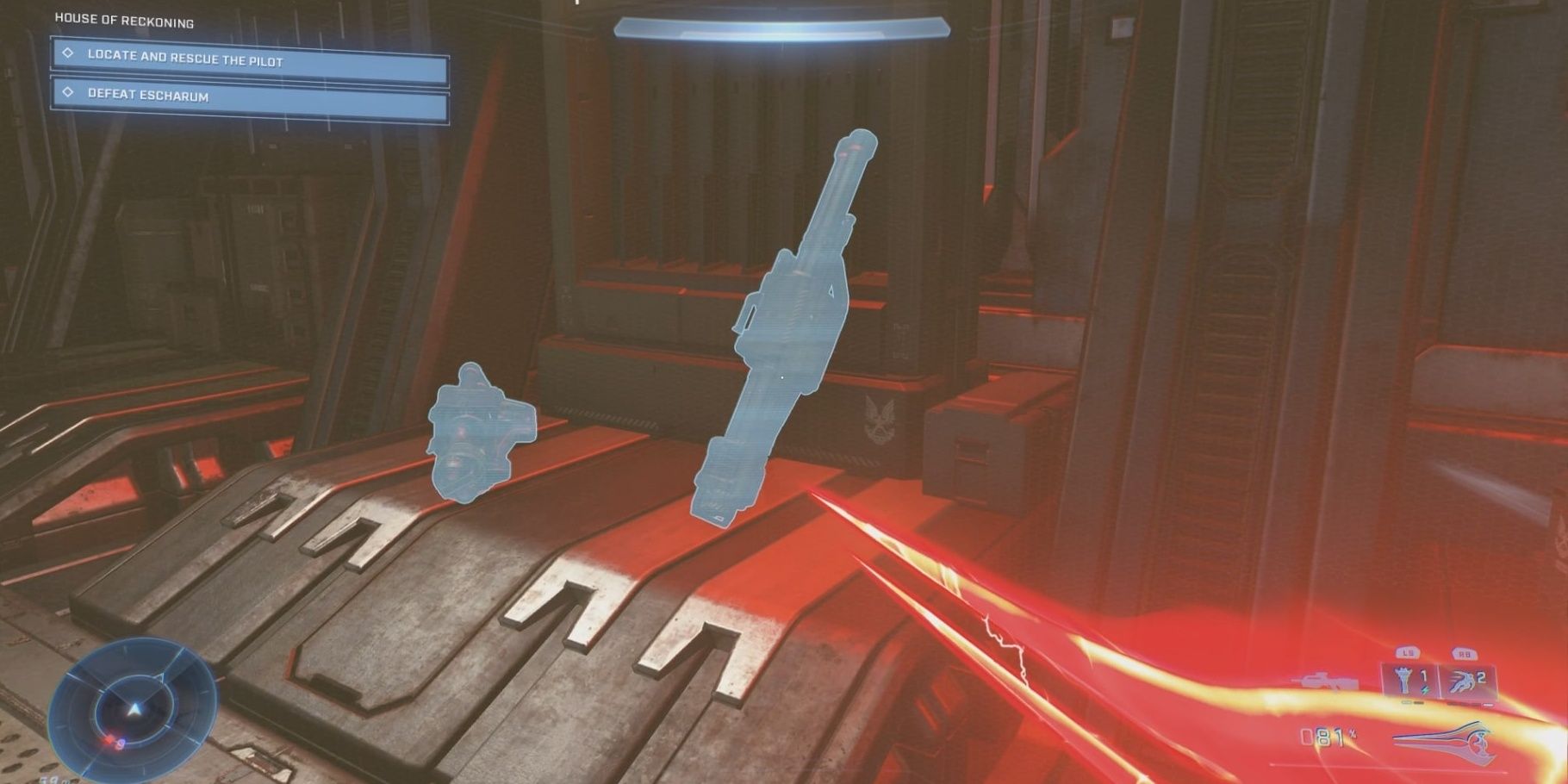 The timing of Escharum’s fight couldn’t have been worse. Moments after surviving Jega ‘Rdomnai, Master Chief doesn’t have much time to catch his breath before taking on the leader of the Banished. Once the fight begins, quickly survey your surroundings and refill lost ammo and grenades. Escharum will unleash fire from his Scrap Cannon that can deal a fair amount of damage, so utilize Master Chief’s Grappleshot and Thrusters to dodge.

The battle with Escharum can be broken down into three main phases. The first phase is simple: avoid Escharum’s attacks and diminish his shield and health bar until the second phase activates. There are a few blast and shock coils scattered around the area that can cause additional damage to the Brute. 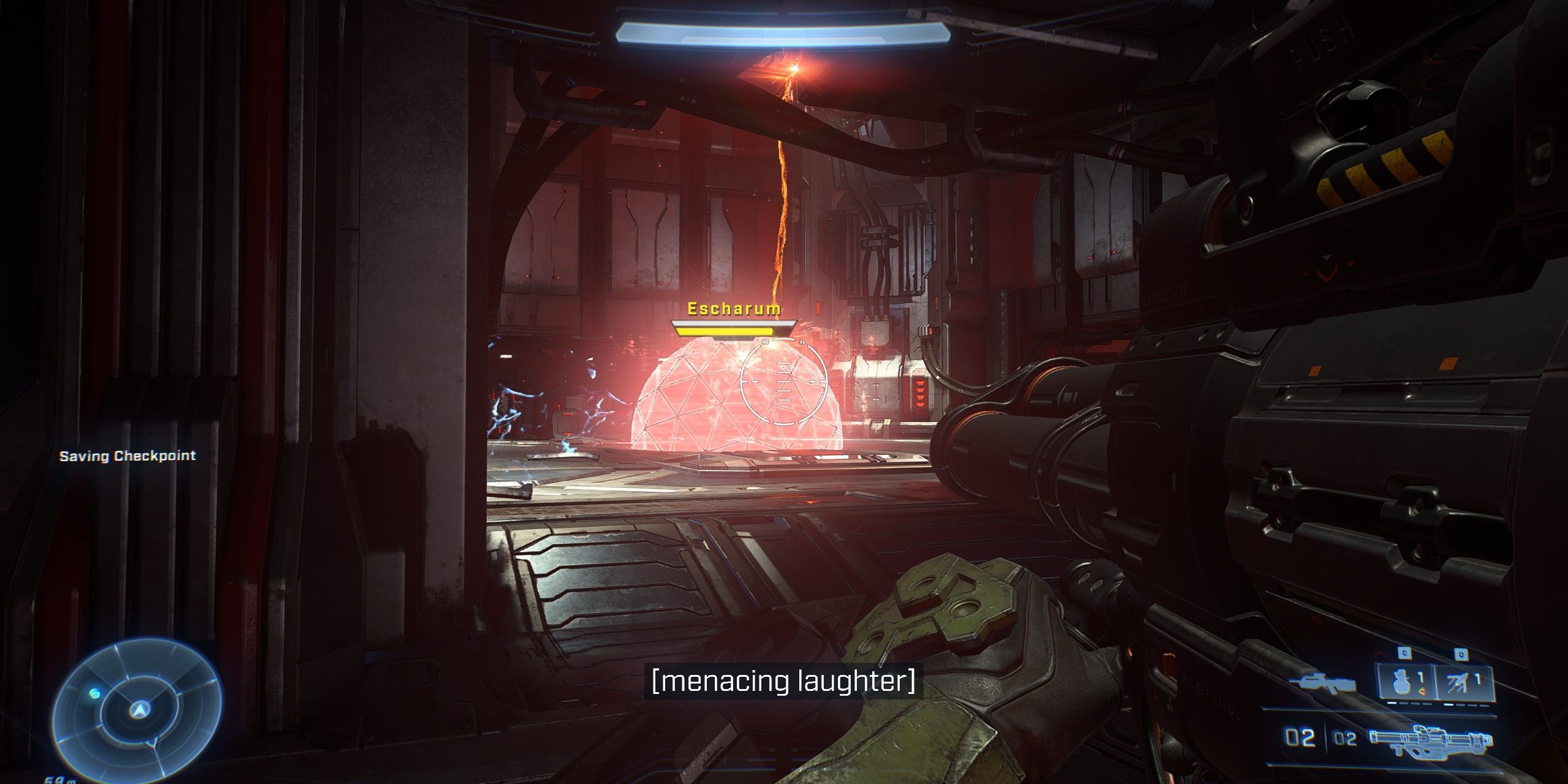 The second phase begins with Escharum drawing tremendous power from the surrounding generators to create an improved shield. But not only is the shield more powerful but any damage it takes will also be transferred to Echo-216. So, shooting the shield relentlessly like before won’t work. Luckily, the Weapon is able to locate the batteries in the four generators for Master Chief to destroy and damage Escharum.

This is where you deploy the cat-and-mouse strategy. Draw Escharum’s attention away from the exposed generator and then use Master Chief’s Grappholeshot or Thrusters to quickly get in position to destroy the generator. Once a power relay is destroyed, Escharum becomes exposed himself and you can damage the Brute directly. Repeat this step for each of the four generators to move on to the final phase.

Phase Three: Bring Down The Hammer 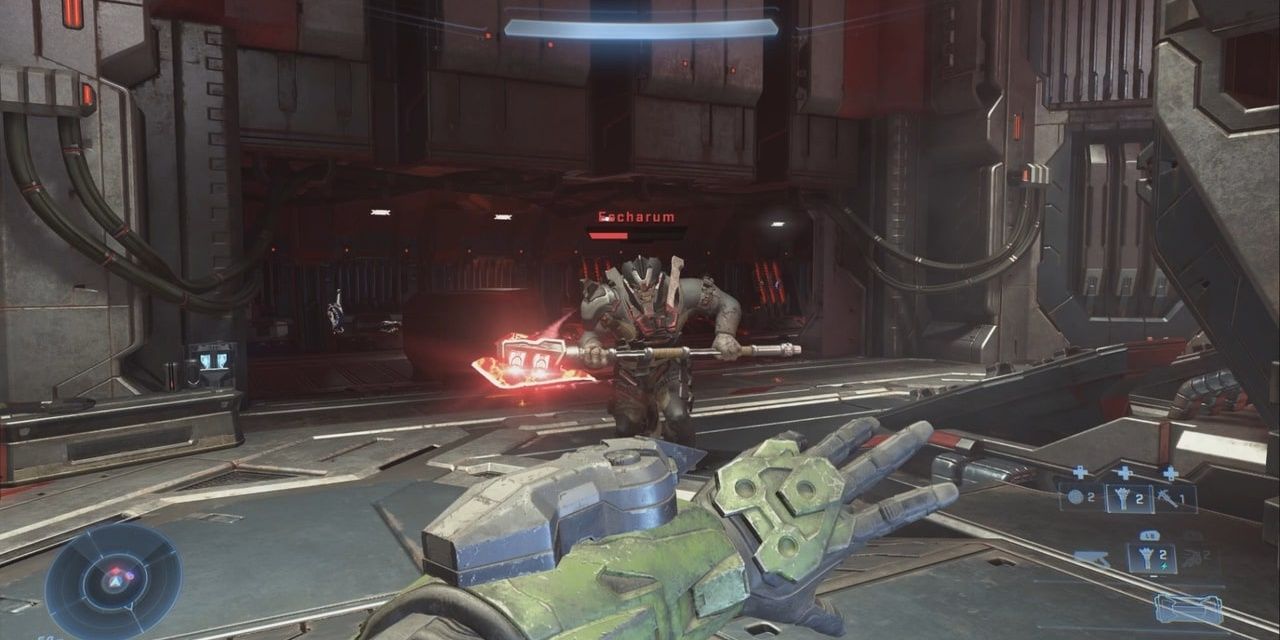 In the third and final phase of the Escharum boss fight, the Brute will become enraged and switch from his Scrap Cannon to a devastating gravity hammer that’s been modified as an ax called the Diminisher of Hope. Because Escharum traded in his long-range effectiveness for the ax, keeping your distance from the Brute is the key to success in this final stage.

Utilizing Master Chief’s Grappleshot and Thrusters can keep the Spartan out of Esrachum’s range and you can safely pick away at the Brute’s health bar. This phase of the boss fight is the easiest of them all, so keep firing away until the giant Brute falls and you’re well on your way to saving the day.