Everything old, is new again! In the first of what we hope is many updates, Games Workshop has revealed an updated map for the land that was – Warhammer The Old World.

Warhammer The Old World promises to take gamers back to the core lore that GW built its empire upon. That’s right, before we had what would become its flagship title Warhammer 40,000, we had Warhammer (later re-badged as Warhammer Fantasy). This happily co-existed alongside its futuristic brother and the licensed fantasy epic Lord of the Rings, until GW discontinued the game in 2015. The devastating events that unfolded within the Warhammer Fantasy universe saw Archaon ultimately destroy the World Before Time and led to the discovery by Sigmar of the Eight Mortal Realms. While Age of Sigmar was met with criticism upon its initial launch, GW has continued to improve the game since with regular updates, rule changes, and new models.

Warhammer The Old World was first announced way back in November 2019 and news since has been scant to say the least. With the announcements that came out over the Holiday period already promising fans of Warhammer Fantasy several new exciting tidbits in 2021. This latest post on Warhammer Community has only bolstered the anticipation by the unveiling of the Kingdom of Bretonnia before year end. The new map takes the map of the old kingdoms and builds upon a previous update last year that mapped out the region controlled by the Empire.

The lands west of the Grey Mountains belong to the Kingdom of Bretonnia. Casual observers will be instantly drawn in by the impressive level of detail contained within but it is perhaps the heraldry that will excite fans most. All the cities of old are there, but GW has revealed the Lords and coats of arm of their rulers for the first time. This attention to detail will surely draw players deeper into the Warhammer Fantasy world. Of course, the iconography used pays homage to the symbols used by the medieval nobility in historical heraldry, a nice touch that ties the historical ties of GW’s homeland, the UK, and our European brothers and sisters that is often found in fantasy literature made famous by Tolkien’s Lord of the Rings. 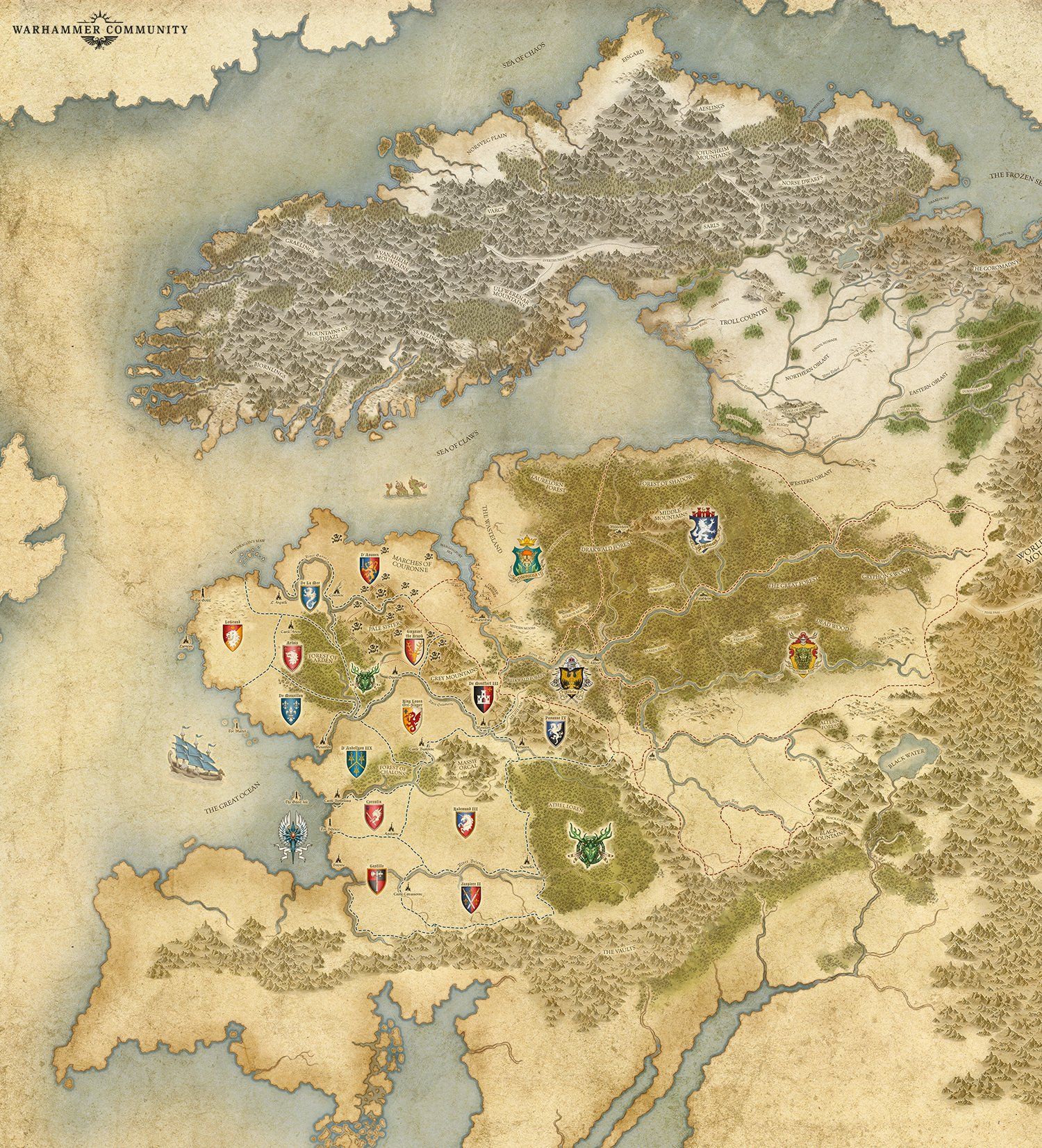 The more keen-eyed amongst you may already have noticed some emblems that break out from the mold of the traditional heraldic shield. Upon closer inspection we have what appears to be Wood Elves living in the centrally located Forest of Arden and Atheloren to the south-east of the Kingdom as well as some High Elf settlements along the coast to the west of Bretonnia. To the north, however, there is bad news as it appears conflict is rife between some of the lords and orcish insurgents. We expect more map secrets to be revealed as next year progresses.

It’s exciting to see the The Old World coming to life again. We expect that a full release is still a long way off but we can secretly hope for late 2021.

NEXT: Wicked Ones Is The Dungeon Keeper Tabletop RPG You’ve Been Wanting To Play