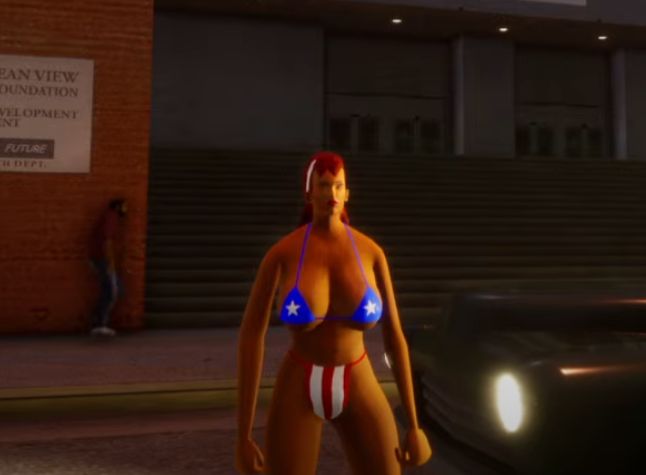 Remasters of the three PS2 era GTA games are now officially out and there’s already a backlash brewing about glitches and missing features.

Rockstar Games has been acting odd about the Grand Theft Auto: The Trilogy remasters ever since they first announced them – only a month before their release this week.

Whether they were just being their usual enigmatic selves or were actively trying to hide something still isn’t clear but fans have been pointing out a lot of weird looking bugs and glitches with some of the characters.

Creating remasters of three such huge games, all at the same time, was always a tall order but while this isn’t a Cyberpunk 2077 situation there are certainly some weird looking people in the game at the moment.

What’s also got fans upset is some of the missing content, not just the music tracks but also the cheats that were a big part of the original games.

Cheat codes aren’t really a thing nowadays but back in the PlayStation 2 era it was very common to use cheats for infinite health or money, or a free tank, just as much as it was to play the games properly.

That’s not necessary possible in the remasters though, with Rockstar Games telling USA Today that, ‘We actually had to remove a couple for technical reasons, certain things that didn’t play well in the Unreal base’.

Rockstar isn’t confirming which cheats are still in the game, but you can bet it’ll only be a few hours till fans have worked them all out.

The final complaint is that the new art style for the remasters is homogenising the look of some of the characters, making them appear more cartoonish.

The most obvious example is barber Old Reese who used to be a dead ringer for Morgan Freeman but now is a much younger person.

As you can see from the Reddit comparisons there’s also a fundamental difference between the original attempt at photorealism and the more stylised look of the remasters.

Considering all the work that needed to be done for the remasters it’s very likely that Rockstar had to use external studios to create the huge volumes of new content, which explains numerous reports of weird spelling mistakes in shop windows and the like.

None of this is likely to stop the remaster collection from being a massive hit but it shows that even Rockstar cannot engineer a controversy-free launch during the pandemic.