Gordian Quest is a wonderful mix of turn-based combat, RPG mechanics, and deck building. It is jam-packed with content, modes, and even modes within modes, and delivers a striking and rich experience. Because of all the STUFF this game has to offer, it can be pretty difficult to fully grasp.

That’s even with an excellent tutorial guiding you through your first few encounters. There’s a lot to see, even more to do, and enough depth that you might not see the light of day by the time you hit the bottom. To help you out, we’ve compiled a handy-dandy guide that walks you through the basics. 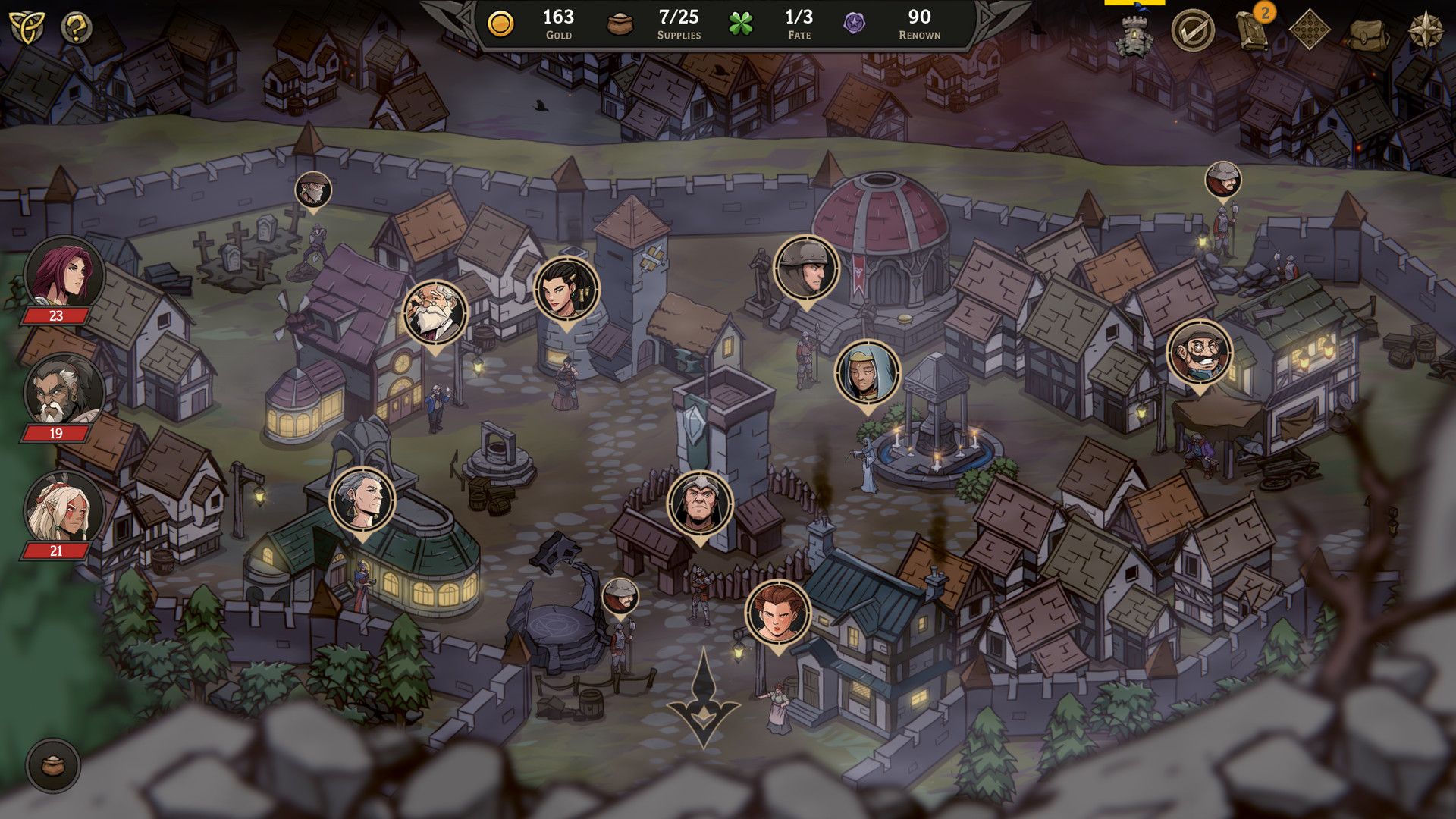 Gordian Quest is a big game. It has a five-act Campaign mode and a fully-featured Roguelike spin-off mode, and within those modes, there are multiple difficulties and ways to play. Where do you even begin, when you have so many options at your disposal?

We’d advise starting with the campaign, on Standard (not Roguelite or Roguelike), and then crank the difficulty however you want. This will give you a nice introduction to the game’s mechanics via a handy tutorial, whilst also slowly building your skills in preparation for the procedural threats later on.

What Hero To Start With? 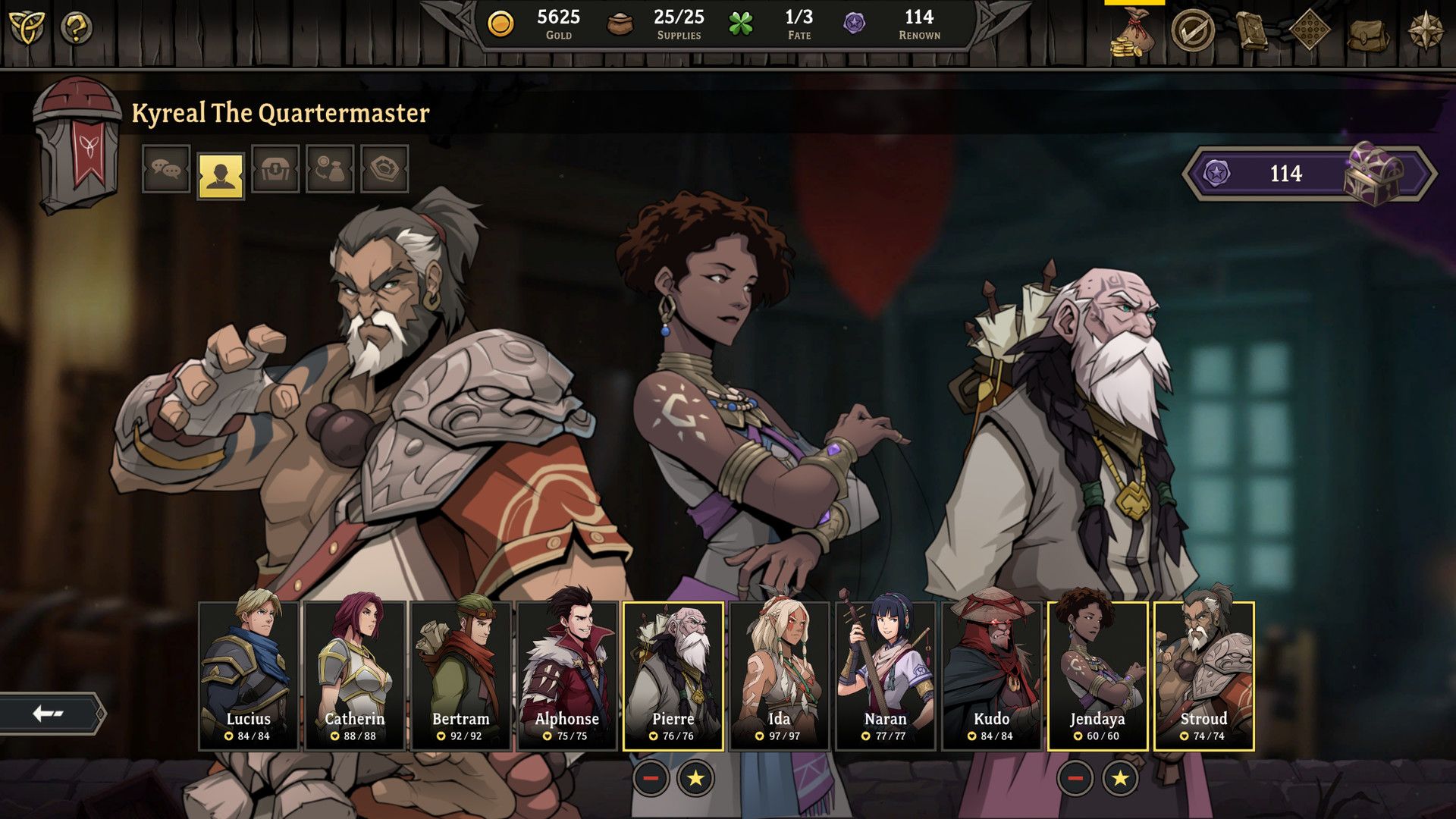 There are a whopping 10 Heroes in Gordian Quest, and they are all very different. They have different starting stats, decks, and can even specialise in unique sub-classes giving you a ridiculous amount of choice from the get-go – even more so than the last entry.

Thankfully, the game makes it pretty easy to pick your first character. Every character is ranked on their complexity from one-to-three stars. As a novice, you should probably pick the simplest character available. Your options are Lucius and Catherine, and they are both pretty fab.

You can change your character as the game progresses whilst playing Campaign. 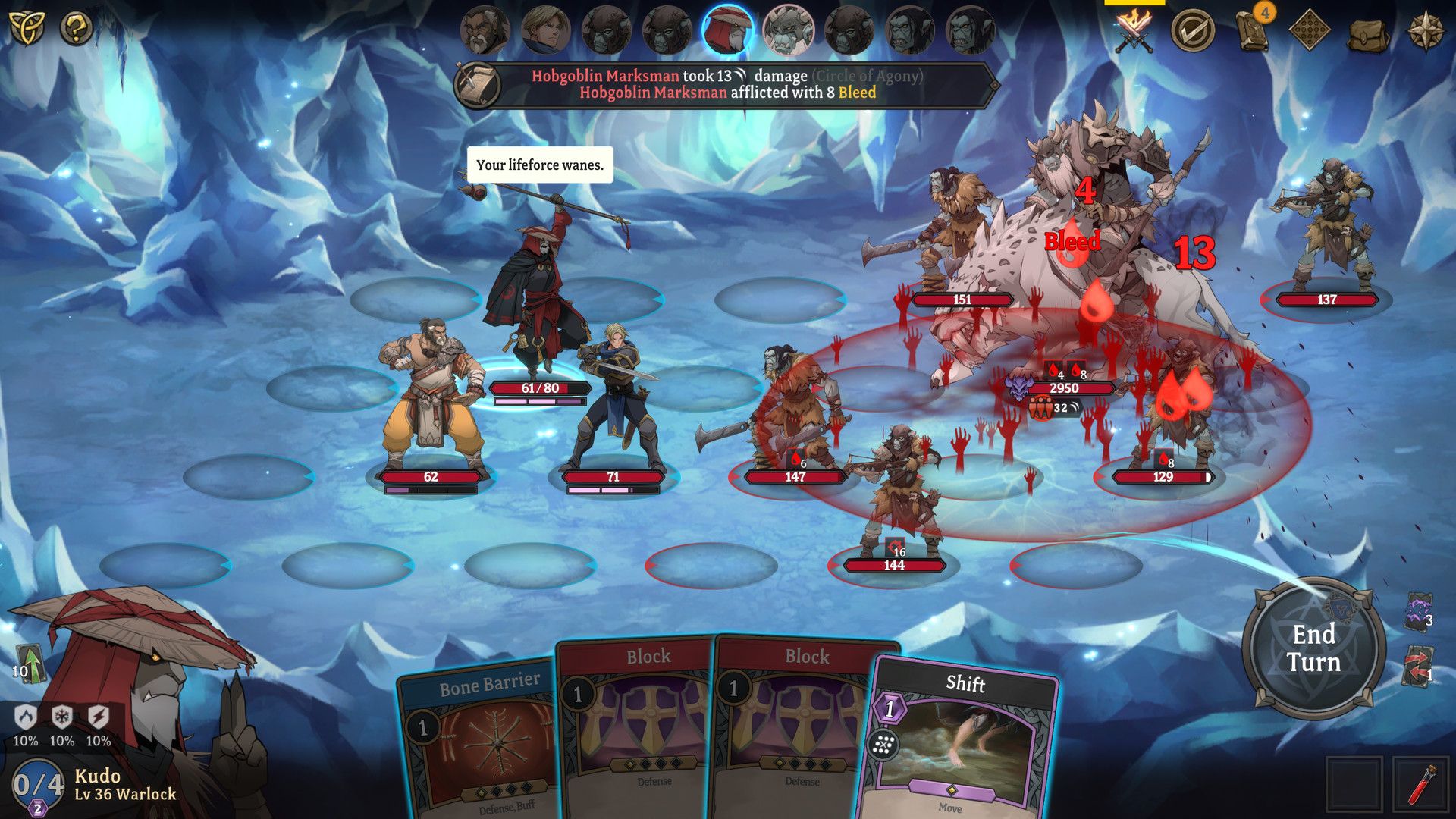 Gordian Quest is a TBS through and through. This means that you need to put your bonce to work if you want to walk out of any situation alive. Every character in Gordian Quest has an Initiative Order, three Action Points, and a hand of cards they can play. Not only that, every enemy will clearly show how they wish to act this turn.

With all of this information on hand – both in terms of your potential actions and the set-in-stone actions of your opponents, you need to plan the best turn. If an enemy is attacking, consider moving them to a location where they will miss. Alternatively use cards to Block the damage. Heck, you could just kill the guy. You have all the time in the world to take your turn, so take a step back, and consider all of your options. 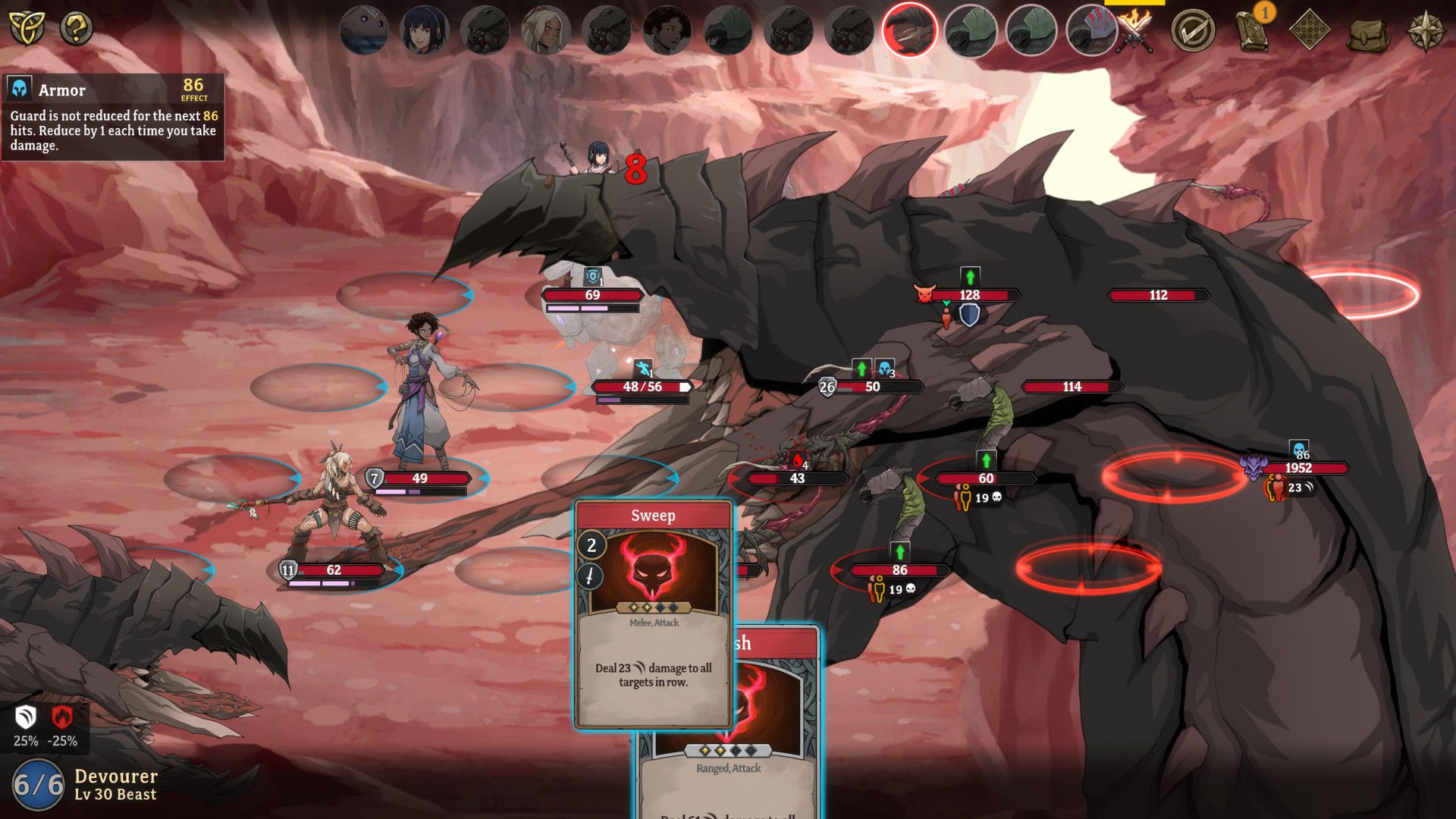 AP management is incredibly important in Gordian Quest. The more AP you have, the better is a general rule. This makes any action that doesn’t require AP, or that can be triggered outside of the usual turn order, incredibly powerful. This is where Trigger cards come into play.

Whenever an ally has a Trigger card, you want to make sure you can, well trigger it, as much as possible. Each Trigger card will have a specific requirement, and providing it is met, you will gain an out-of-order bonus. This could be something as simple as a free attack, or something a bit more exciting. Always plan around these powerful, free effects.

Get Ready For RNG 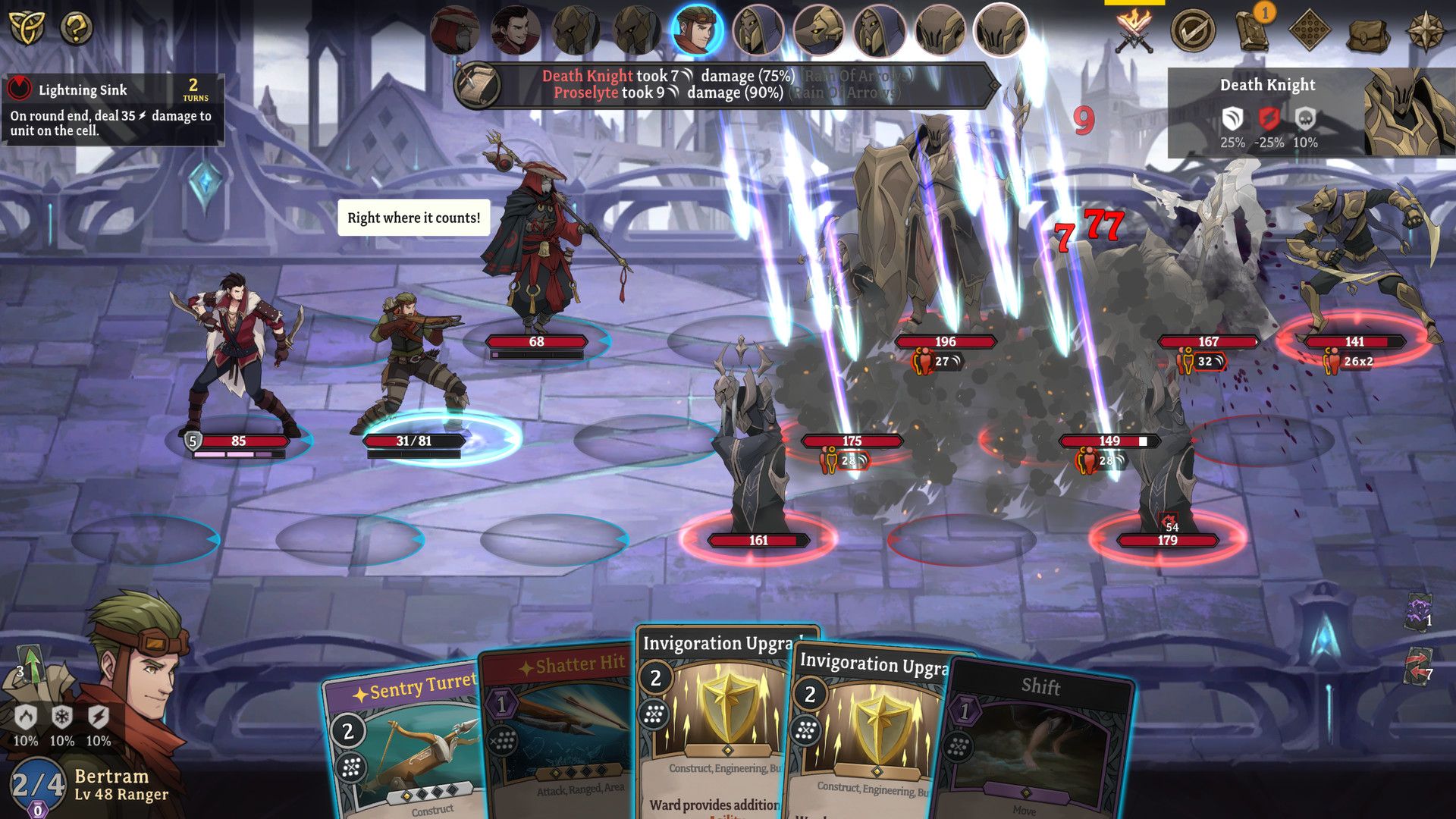 Gordian Quest has a decent amount of RNG governing how everything works. Thankfully, this RNG has nothing to do with Accuracy or Damage – that is pretty much set in stone. Where it does matter, however, is in your deck and when it comes to the initiative.

Bad dice rolls or a bad hand can mess with your plans – so much so you want to manipulate the game to give you better RNG. This means any modifiers that impact your odds of success are very important. That +2 to Initiative could be the deciding factor in combat. Having a deck that can draw additional cards to bypass a weak initial draw can be game-changing. Make RNG play on your terms. 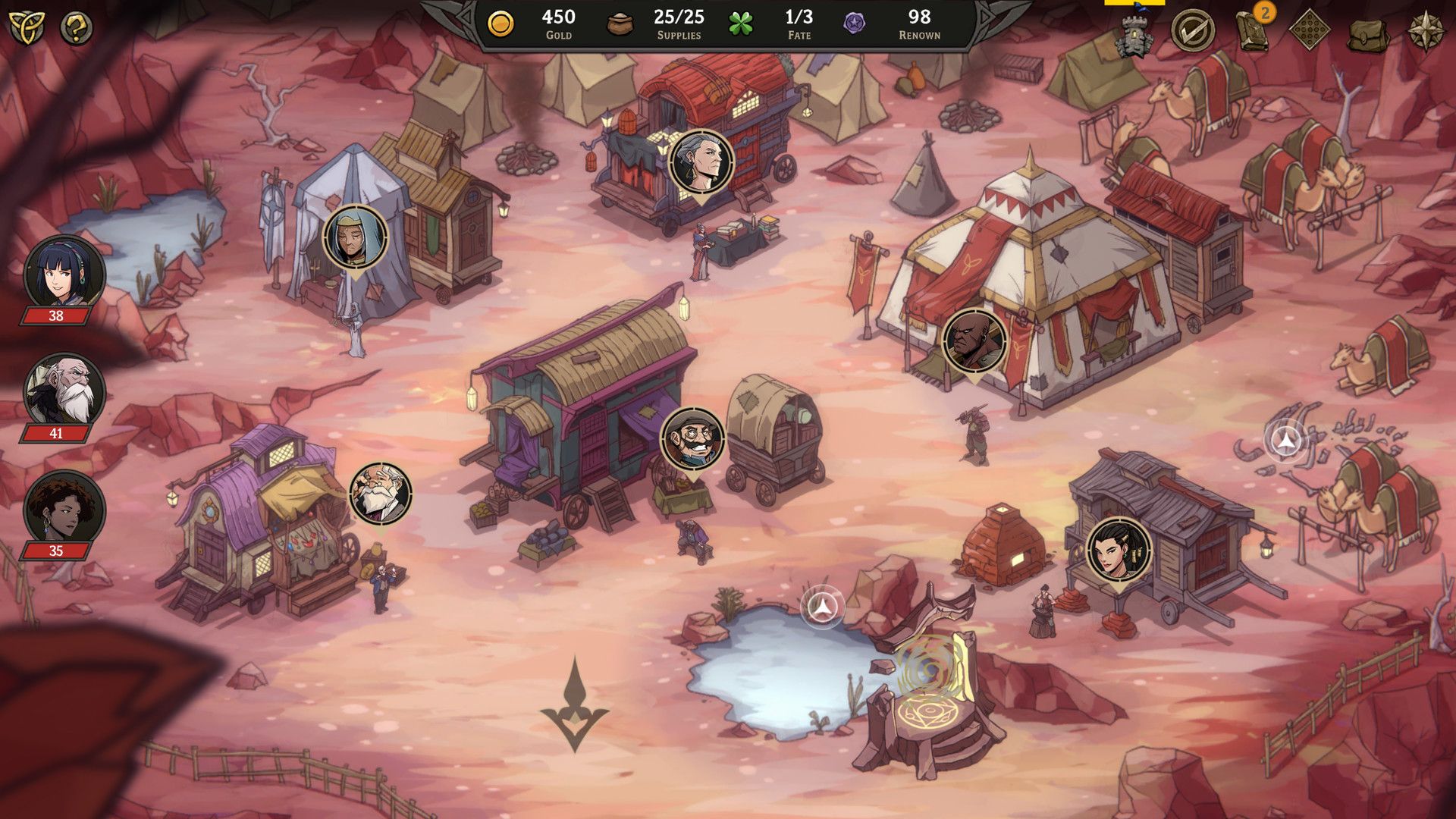 As you go through Gordian Quest, you will bump into Events. These are normally tied into Quests and tend to take on a “choose your own adventure” kind of style. What you do in these moments can change how a quest will play out, or it can influence your reward when all is said and done.

Overcoming Events takes a mixture of RNG, skill, and decision-making. Early on you have to get into a storehouse. You can break down the door, or climb on the roof. Depending on what you do, you could get into combat, get shot, or bypass all of that and get a quick resolution. Throw in stats that determine your success rate on actions, and things get interesting.

This also plays into the Exhaustion system which actively makes your deck weaker (until rest) for a boost in success rate when tackling Events. 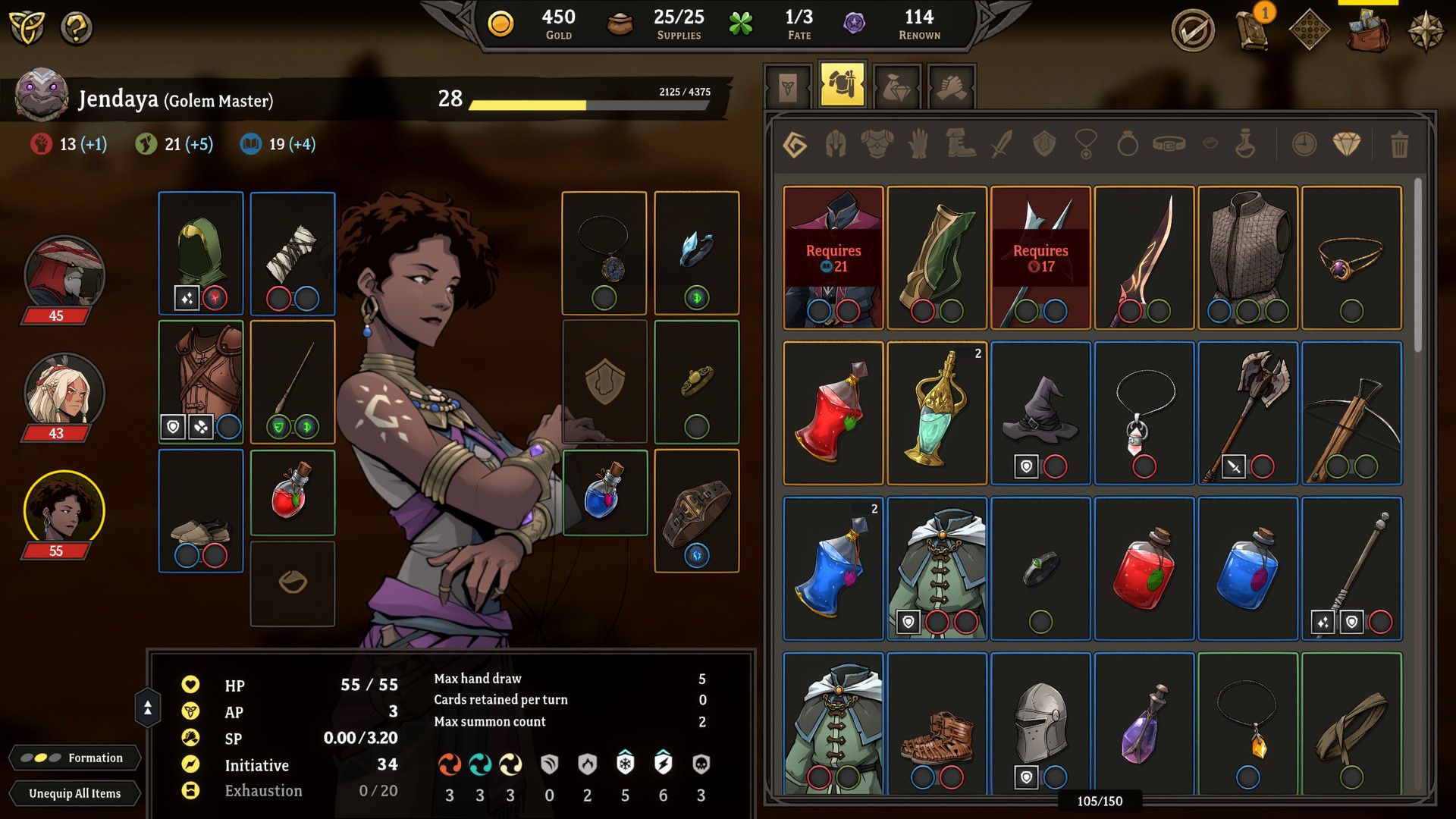 A lot of things go into making a character. Stats, deck, levelling trees, and in this case, equipment. Everything else can take a while to build up, but equipment provides immediate power gains without having to necessarily work for them.

A pair of boots could give you characters a leg up when it comes to activation. A weapon could boost your stats enough to make an upcoming Event easier. Heck, they could add new cards and Triggers into your deck, allowing characters a greater degree of freedom on the battlefield. A piece of equipment in your inventory is wasted. Always equip new gear, and be prepared to replace old gear when new stuff crops up.