Journey is a stunning indie hit from the PlayStation 3 era, and you can remind yourself of its emotional spotlight in gaming history with a beautiful figure by Good Smile Company. For around $33 USD, you can get this gorgeous recreation of the main character of the game, The Traveler, sometime in January 2021. It falls just below 7 inches in height.

The figure looks as if it’s been ripped straight from the game with a bright and popping red fabric that flows in the wind. Its stand is a dust cloud from the beginning stages of the game where The Traveler is racing around the sand at high speed. All of the patterns from the hem of its shirt to the scarf seem to be lovingly recreated to accurately portray thatgamecompany’s character in figure form. We’re not sponsored at all by Good Smile Company but it seems well worth that $33 price tag. 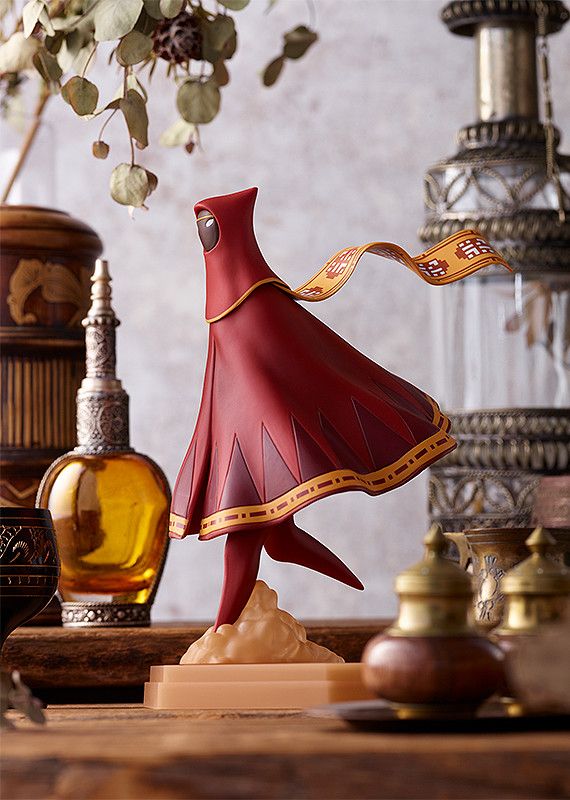 Journey, when it released back in 2012, was one of the first indie games to prove that you can tell an emotional story in game form without any words. Through the act of playing, you’ll be gripped by the visual storytelling and the unique mechanic of having a random stranger join you on your journey. One element of the game that was surprising at the time of its release is when the stranger disappears from the game, and you feel hollow by being alone in the world. 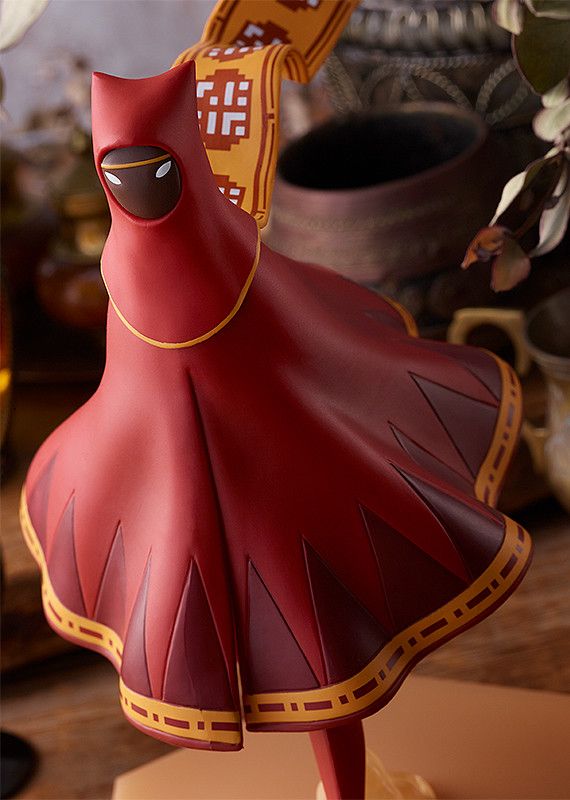 The Good Smile Company is known for its detailed figures across many different licenses. One of its biggest lines is the Nendoroid series, chibi-like toys of characters we know and love. They’ve been able to make Nendoroid lines for The Legend of Zelda, Pokémon, and even Death Stranding. Their scale figures are also very impressive like their interpretation of Shio from the God Eater series.

The Traveler is part of the company’s Pop Up Parade series of figures that are smaller and more budget-friendly. This could be a response to less consumer spending during a COVID-era economic downturn. The line includes figures from RWBY, Persona 5, and My Hero Academia, just to name a few. It would be cool if other indie characters join the line, like Sans from Undertale or WayForward’s Shantae.

You can now play Journey on PC via Steam and the Epic Games Store, iOS, and the PS4. You can also crank out your PS3 if you still have it, but there is an instant upgrade from PS3 to PS4 with Journey.