Going Medieval: What Is The Population Cap?

Going Medieval has had time to settle in with players now, and one question that is still bouncing around is just how many people can you have in your settlement? Is there a population cap, or have the developers placed a hard cap on the number of settlers allowed?

Information is a bit conflicted currently. According to a few comments on the official Steam discussion page, the developers have not introduced a flat cap to the population, but have implemented a sort of soft cap that limits your settlement to between 14-20 population. The only way to find out is to do some testing. Here’s what we figured out.

How To Get A Higher Population In Going Medieval 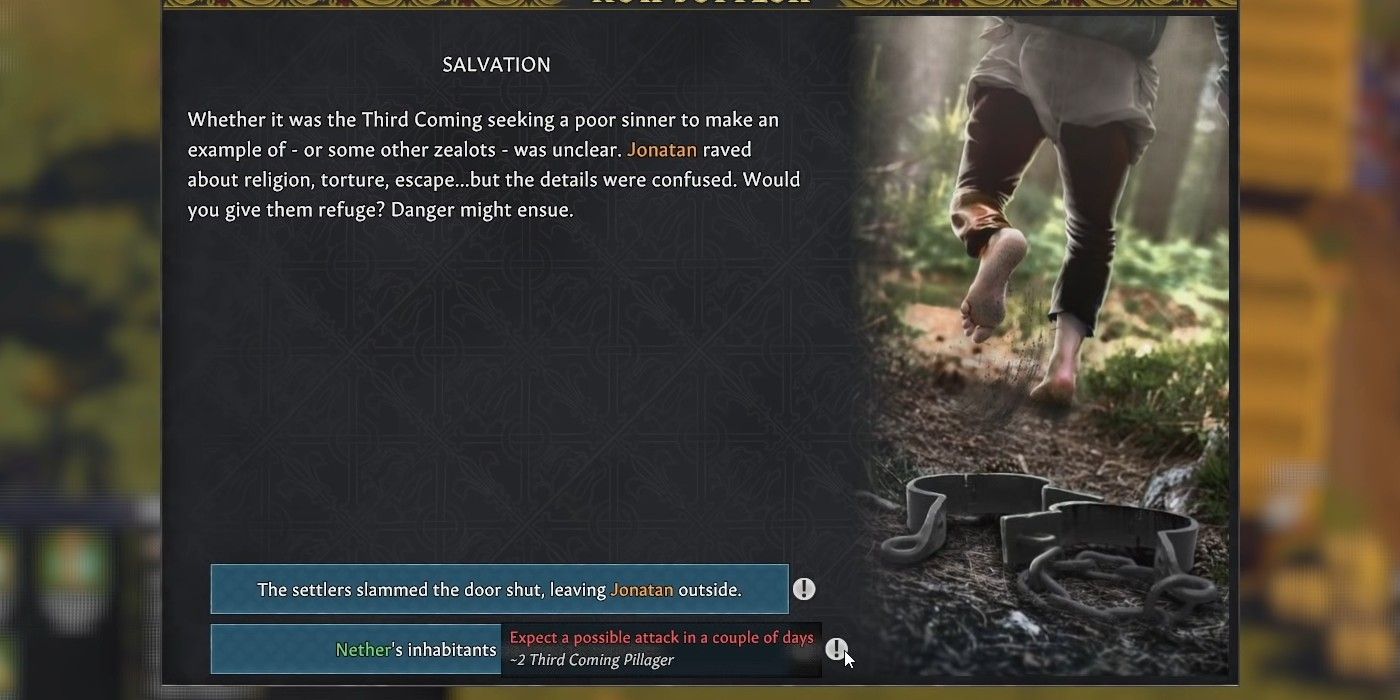 The only method to test the maximum population in Going Medieval is to make sure you’ve got a lot of settlers coming in.

Gathering population in your village, castle, or fortress mostly relies on a series of random events, like individuals escaping from religious persecution, or arriving in the area starving and lost. A window pops up and you can either allow the settler in or slam the door shut in their face.

These events decrease in frequency depending on how many villagers you currently have in your settlement. There are no exact numbers on what the spawn rates of these events are, but it’s pretty clear they become much rarer by the time you’ve hit 14 citizens. No two runs are the same. One game you might rush to 18 citizens, the next you might hit a soft cap of 13.

To increase the number of these events that spawn, you need to boost your overall region influence. This is done by continuing to play the game, building your base, collecting resources, and defeating attackers. You can check the region influence under the “Region” tab. With more frequent attacks, you’re also going to need some decent walls.

However, eventually, you will hit 100 percent region influence, and then these events really dry up. Again, reports are a bit conflicted, but it’s generally agreed that hitting much more than 20 population is unheard of in the game’s current state. That’s after four or five in-game years, by the way. 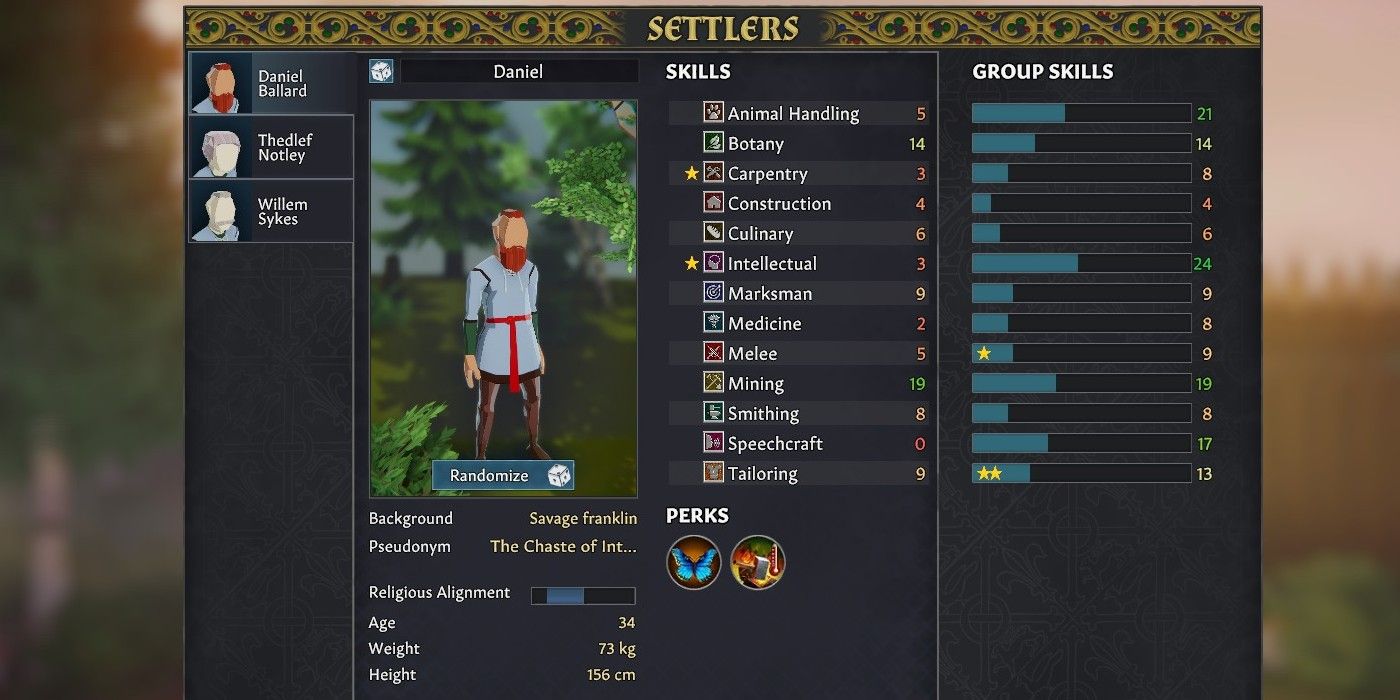 In its current state, the game has a basic scenario creator that lets you craft your own start to the game. This includes adding in as many settlers as you like, up to a hard cap of ten.

Though you can get more than ten settlers in your village, if you start with ten citizens the random events that spawn newcomers are extremely rare. You need to make sure your starting villagers are very well balanced, and that you take plenty of supplies with you, otherwise it’s going to be a challenging experience.

With the scenario creator already in the game, it is possible that we will see mods in the future that allow players to further customize their starting number of citizens. At that point, it’s more reliant on the player’s rig, rather than the game’s ability to handle it.

Going Further With The Console Mod

The modding scene for Going Medieval is still in its fledgling form, but there are already a few interesting mods out there that let you play around with the number of settlers in your town.

Probably the best, and easiest to use, is the Console Mod. Downloadable through GitHub, this mod lets you spawn in as many villagers as you like. You can even spawn them in groups of ten.

You can add villagers and then delete them (they drop dead on the floor) as much as you want. After a little bit of testing, the game starts to tank hard if you add in too many villagers. There is clearly a cap implemented.

Will The Population Cap Be Increased With Future Updates? 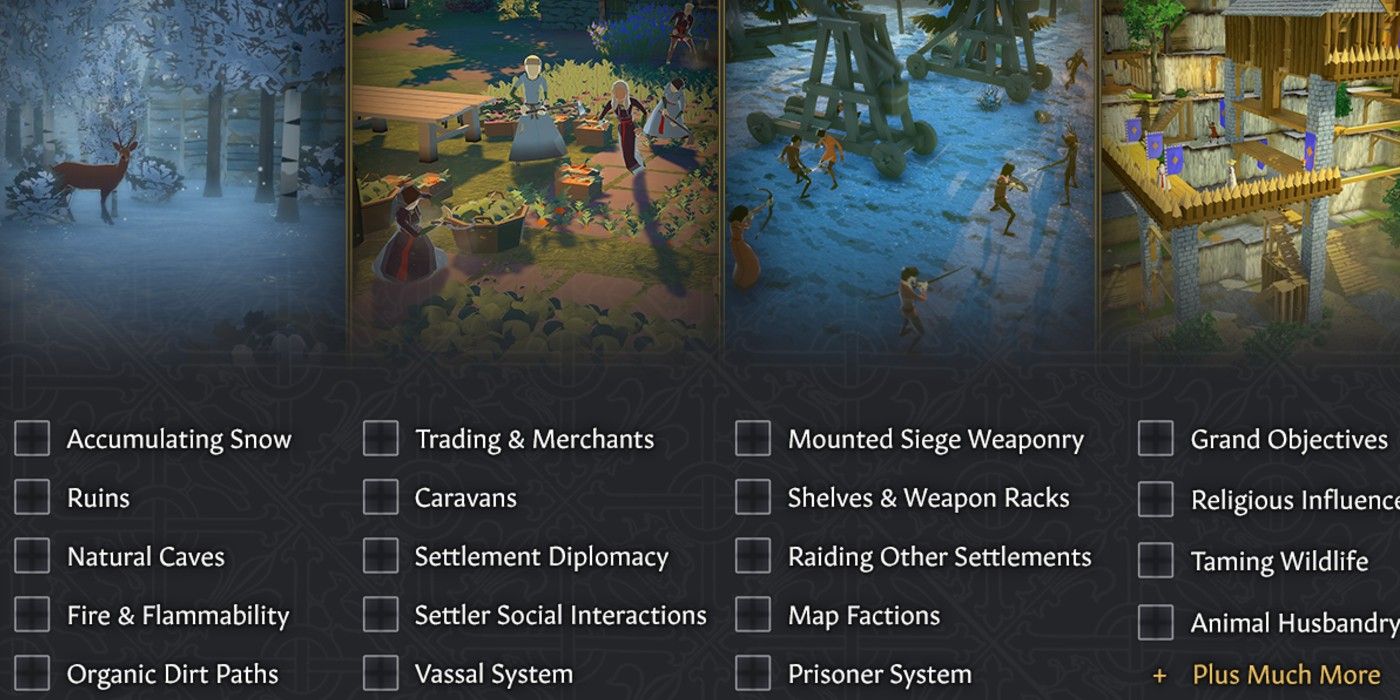 Going Medieval is still firmly in Early Access. The devs have laid out a rough road map for what updates can be expected in the coming months, but the topic of population cap has not yet been addressed.

While the idea of a 100 population in a game like Going Medieval seems like fun, it’s based on the player’s capabilities to actually run the game with that many moving entities. Managing all 100 individuals items, schedules, and orders is basically impossible. That’s a lot of work.

For the time being, the population cap in Going Medieval seems to be posited around 20. It is heavily based on RNG (how often those random events spawn) and even though no hard cap is implied by the developers, it’s clear there’s a limit to how many settlers you can have.

Maybe in your own experience, you’ve seen something different. Like we mentioned, no two runs are the same, so there might have been a blessed game out there where someone has hit 25 settlers, or maybe more.