God Of War: Where To Find The The Turtle’s Tribute Treasure

Apart from collectibles such as Odin’s Ravens and Jötnar Shrines (which are not that useful), God of War offers more than most games. On top of the breathtaking environment and mesmerizing story, the game allows the player to explore the different realms. Each realm has various collectibles for you to collect.

Treasures are essential collectibles in the game, as they are not only for show but also give you loot. There are a total of 12 treasures in the game. To find them, you must first find the treasure maps, which will provide you with a hint to the location of the treasure which is buried.

Where To Find The Turtle’s Tribute Treasure Map 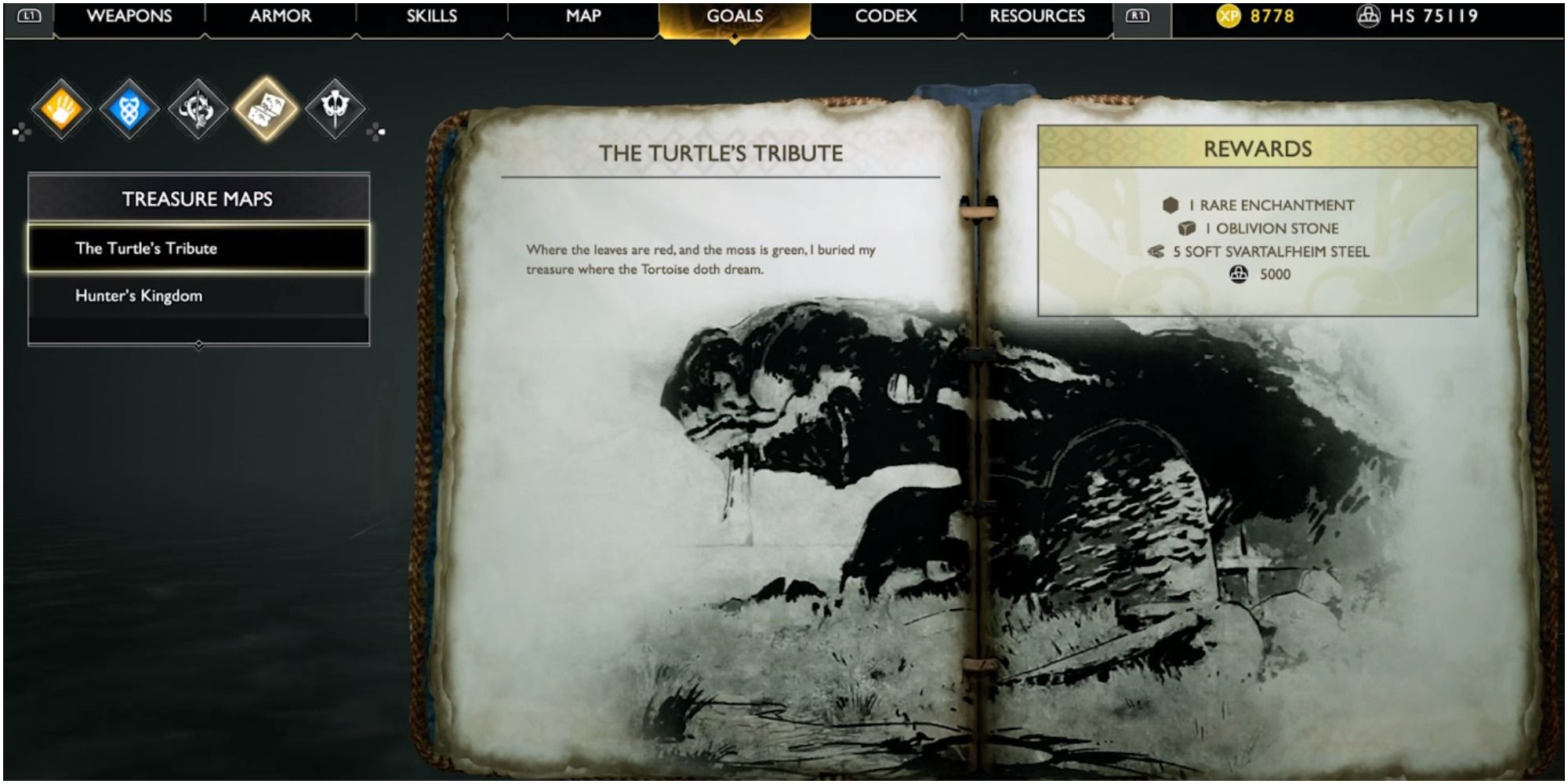 You will have to make your way to the Witch’s Cave for The Turtle’s Tribute Treasure Map. After opening one of the Nornir chests inside the caverns, look for a climbable wall in the distance. Head down and climb up to reach a room. Here you will see a Chamber of Odin’s door — right next to it a small chest. There is another big chest in the room, along with the treasure map lying on the ground.

The map will appear in the Goals tab under the Treasure map sub-tab. The next thing you need to do is to find the treasure.

Location Of The Turtle’s Tribute Treasure 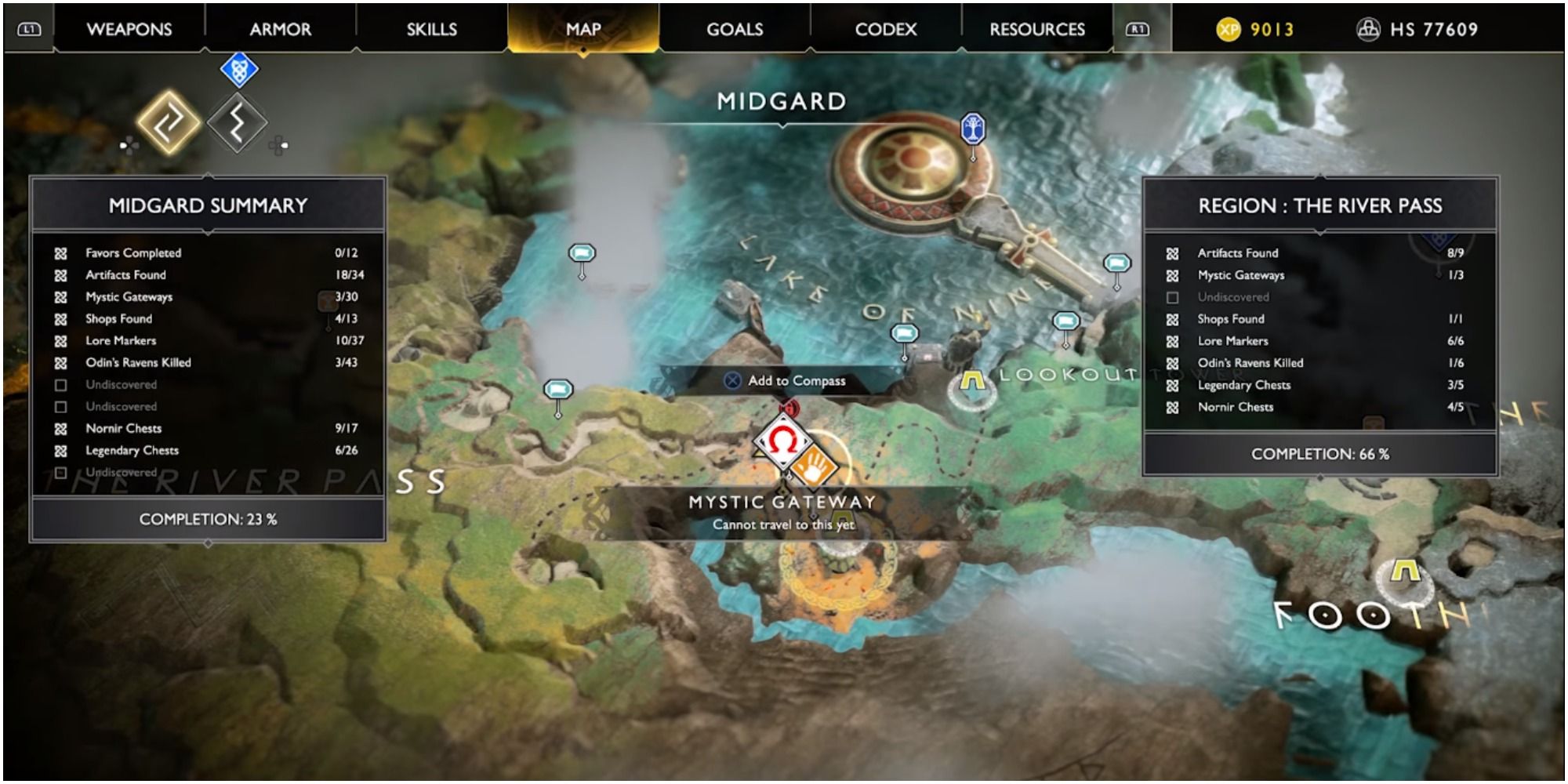 The treasure map in your inventory will read as follows:

"Where the leaves are red, and the moss is green, I buried my treasure where the Tortoise doth dream."

The clue hints at a Giant Turtle. Climb back up the surface level and make your way to the Witch’s yard. On the way, you can easily spot a big Turtle Tree. The buried treasure will be between two rocks by a health pick-up, near the Turtle’s left foot. If you are having trouble, look at the picture shown on the treasure map.

Collecting the treasure will get you an Oblivian Stone, 5000 Hacksilver, a rare Enchantment, and five Soft Svartalfheim Steel​​.