God Of War Ragnarok: How To Get The Dragon Scaled Armor Set

God of War Ragnarok has a wide array of gear that you can choose from. As your game progresses, you will face more challenging foes that deal severe damage. Having the best armor against these enemies makes fights much more accessible. Dragon Scaled Armor is a late-game armor and is considered to be one of the best armor sets in the game.

How To Acquire The Dragon Scaled Armor 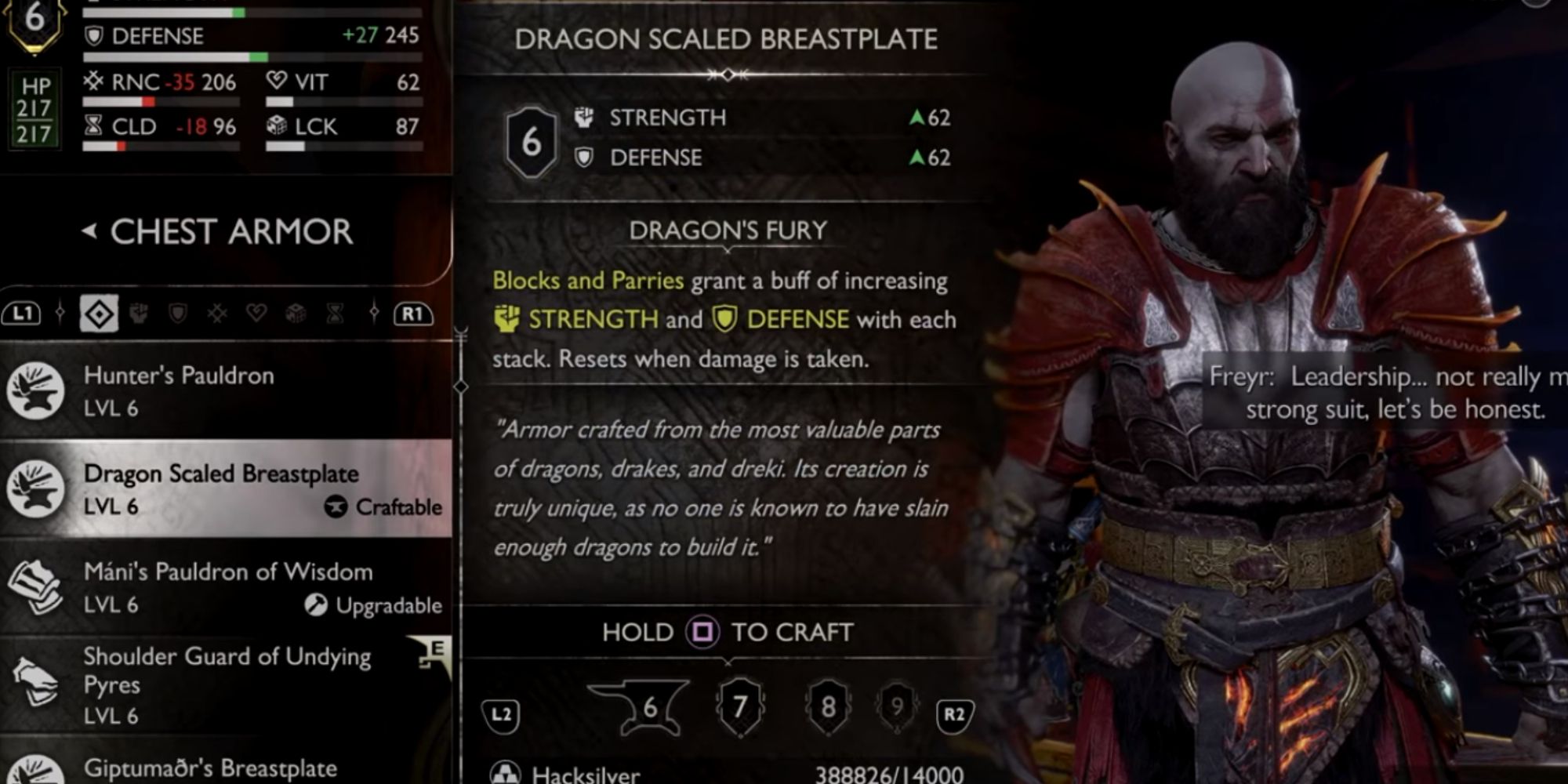 To collect the Crafting Components for the Dragon Scaled Armor, you will first need to complete the Favors "Scent of Survival" and "Return of the River." Doing so will open The Crater region in Vanaheim.

There are nine Dragon/Epic Hunts in The Crater. You do not have to complete all of them for the components, but most give you the necessary resources. Completing all nine hunts will get you the "Invasive Series" trophy. 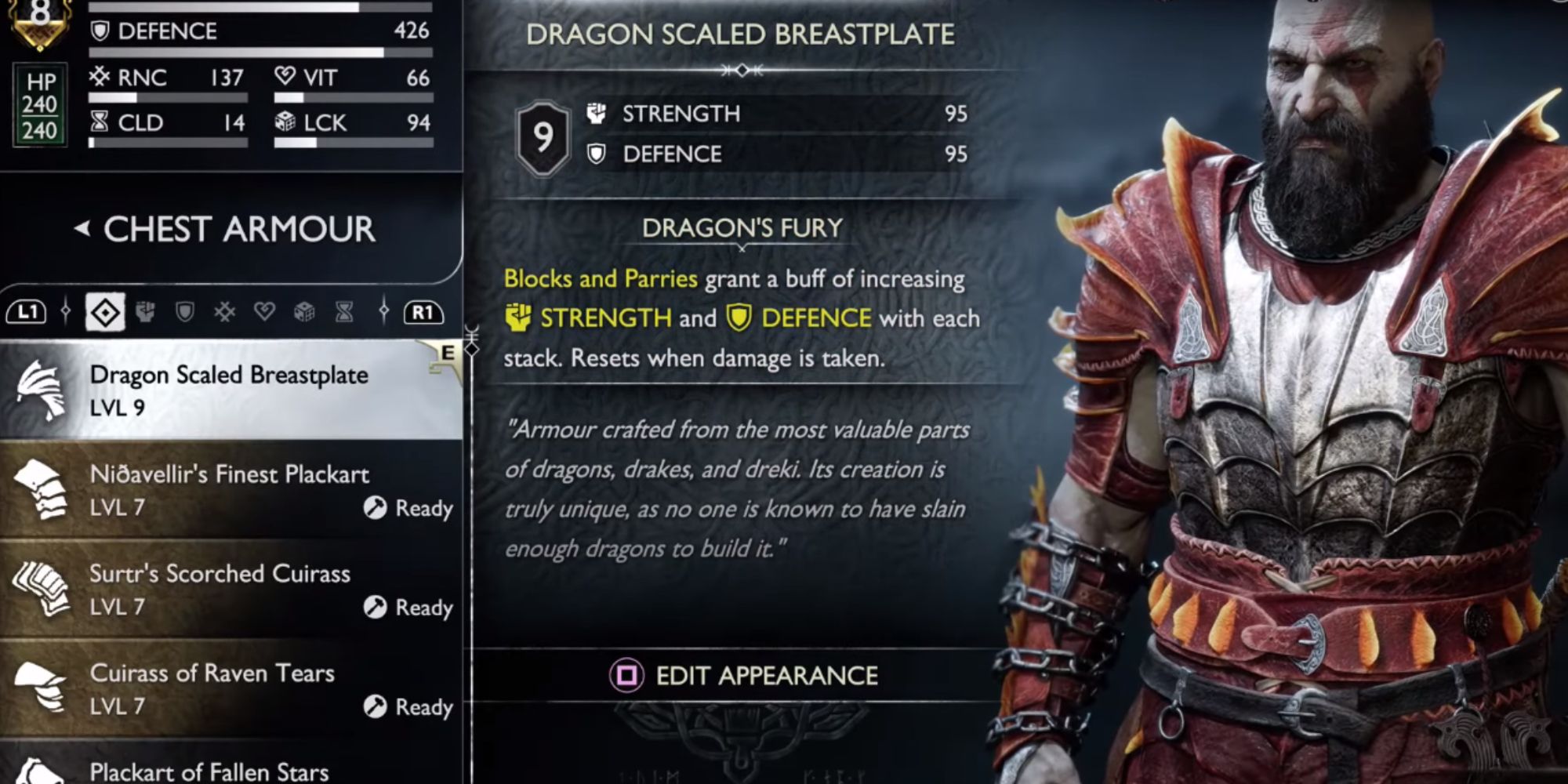 To craft the Dragon Scaled Breastplate, you will need a Dragon Claw, two Dragon Teeth, and 14,000 Hacksilver. 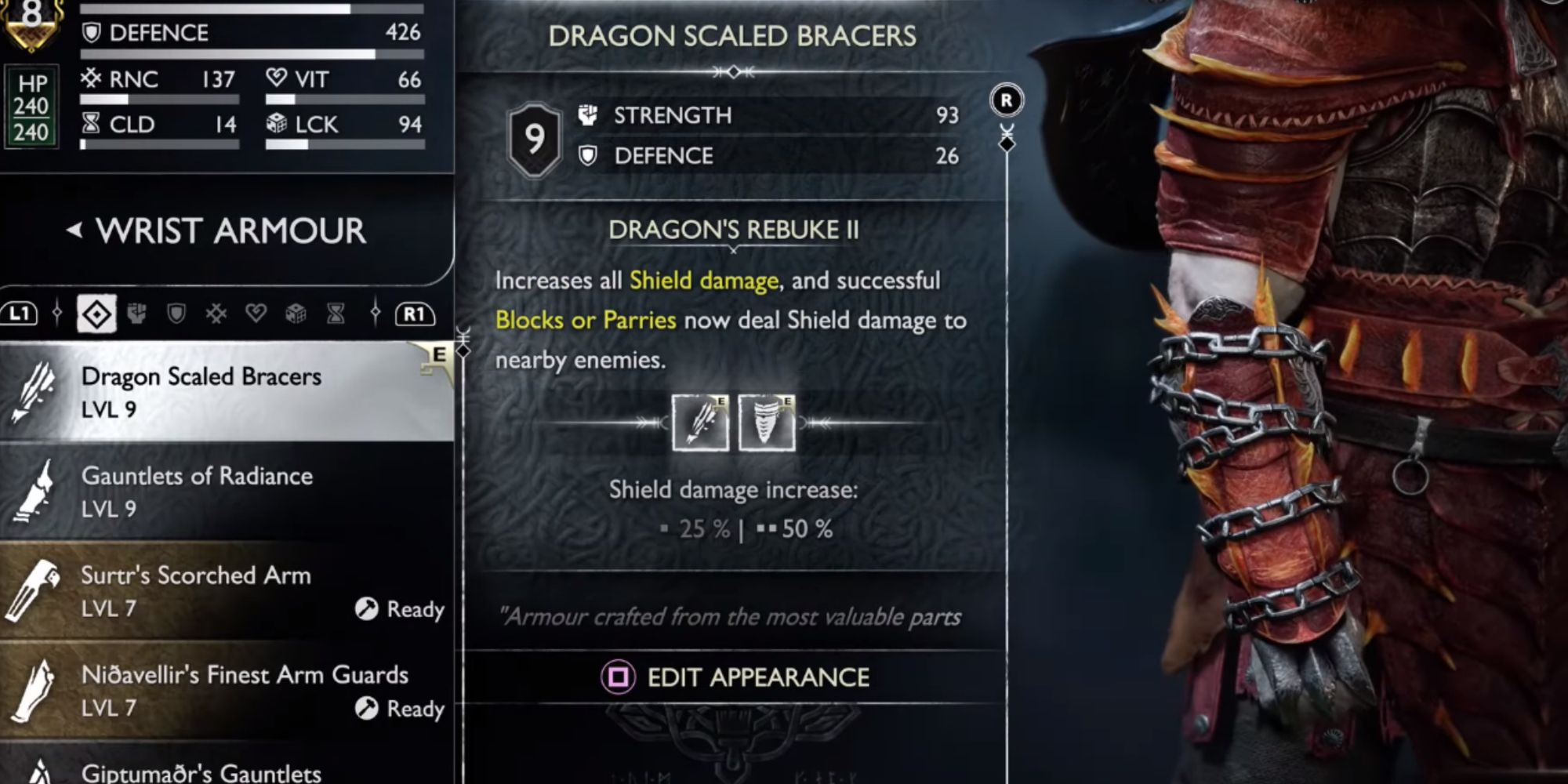 To craft the Dragon Scaled Bracers, you will need ten Dragon Teeth and 10,000 Hacksilver. 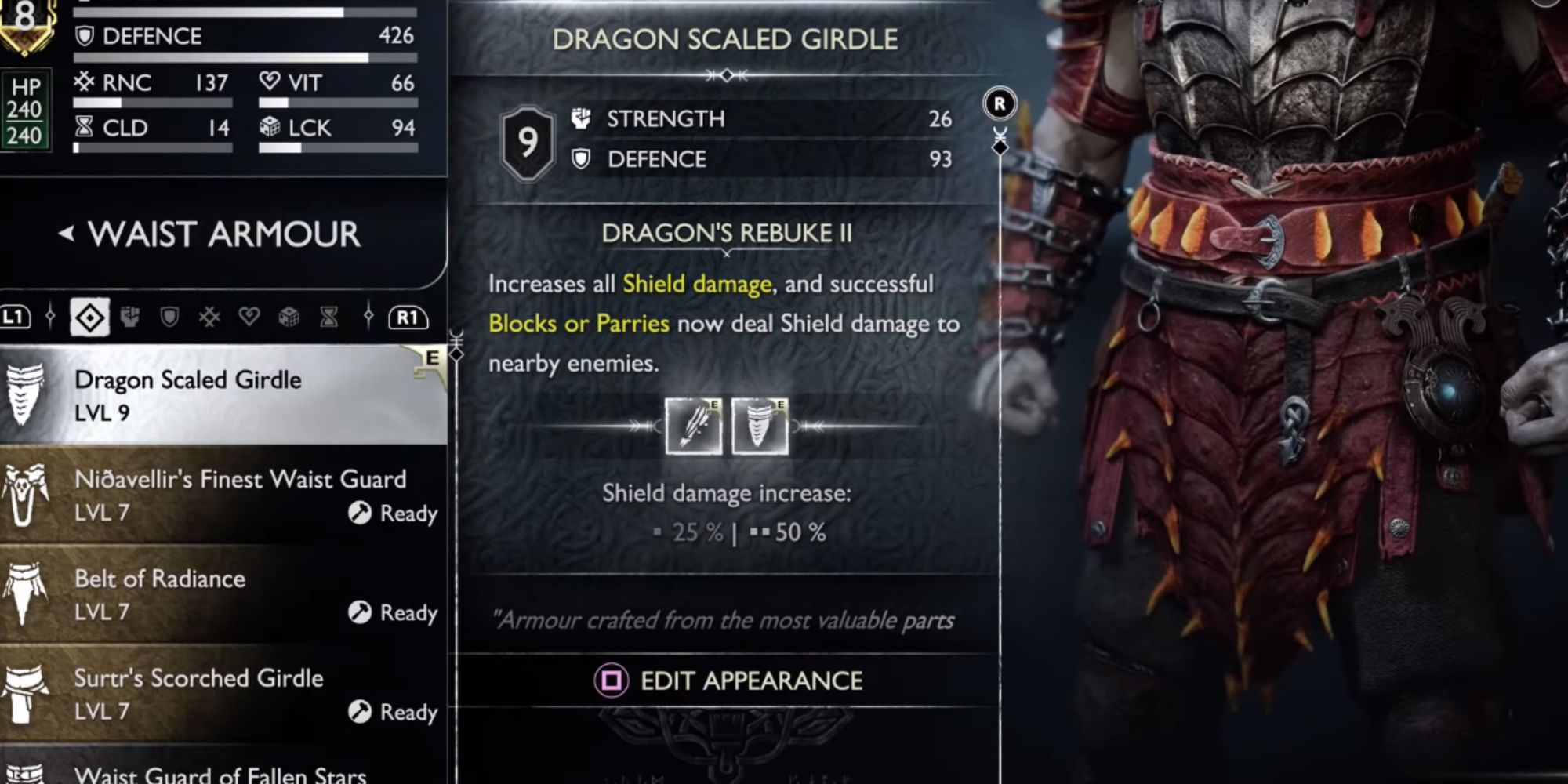 To craft the Dragon Scaled Girdle, you will need ten Dragon Teeth and 10,000 Hacksilver.

Apart from the nine hunts, you will find more Dragons throughout the nine realms. You will have to defeat them to max out your armor.

How To Upgrade The Dragon Scaled Armor 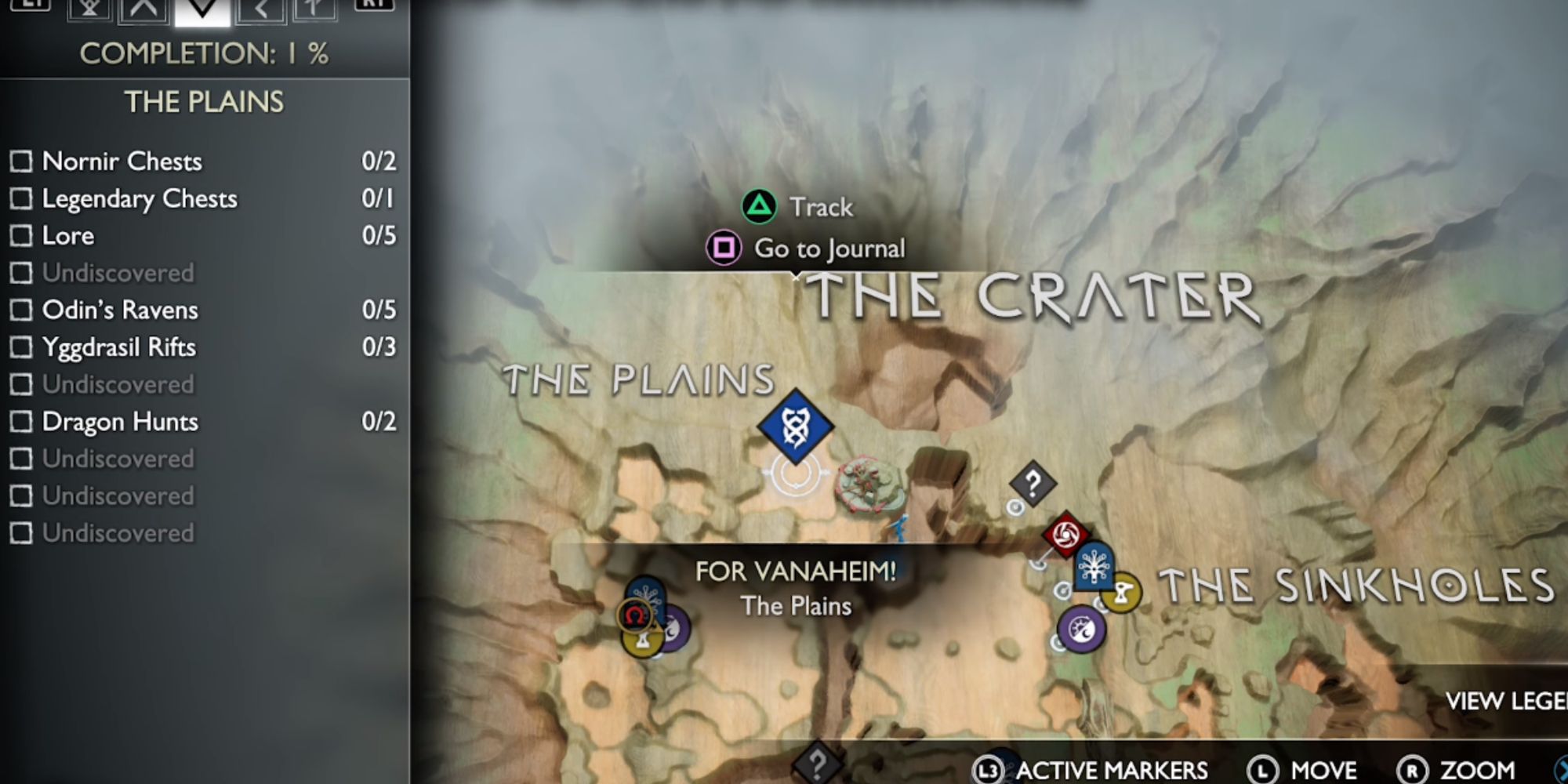 The first Dragon Hunt will be during the Favor "For Vanaheim." First, you will need to make your way to The Plains in Vanaheim. Make sure that you change the time to nighttime and go ahead to fight The Crimson Dread. Defeating The Crimson Dread will provide you with a few resources you need to craft the armor. 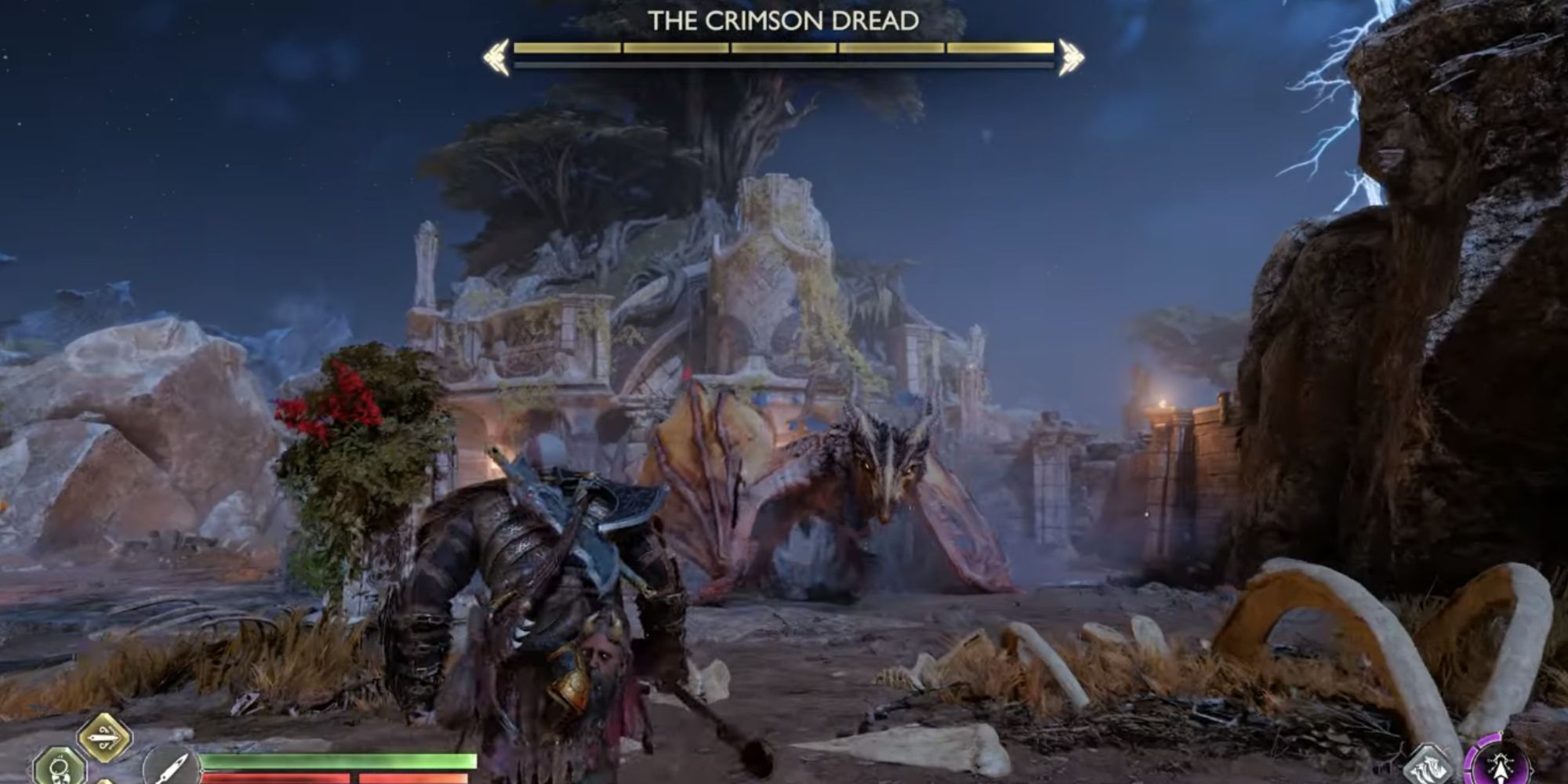 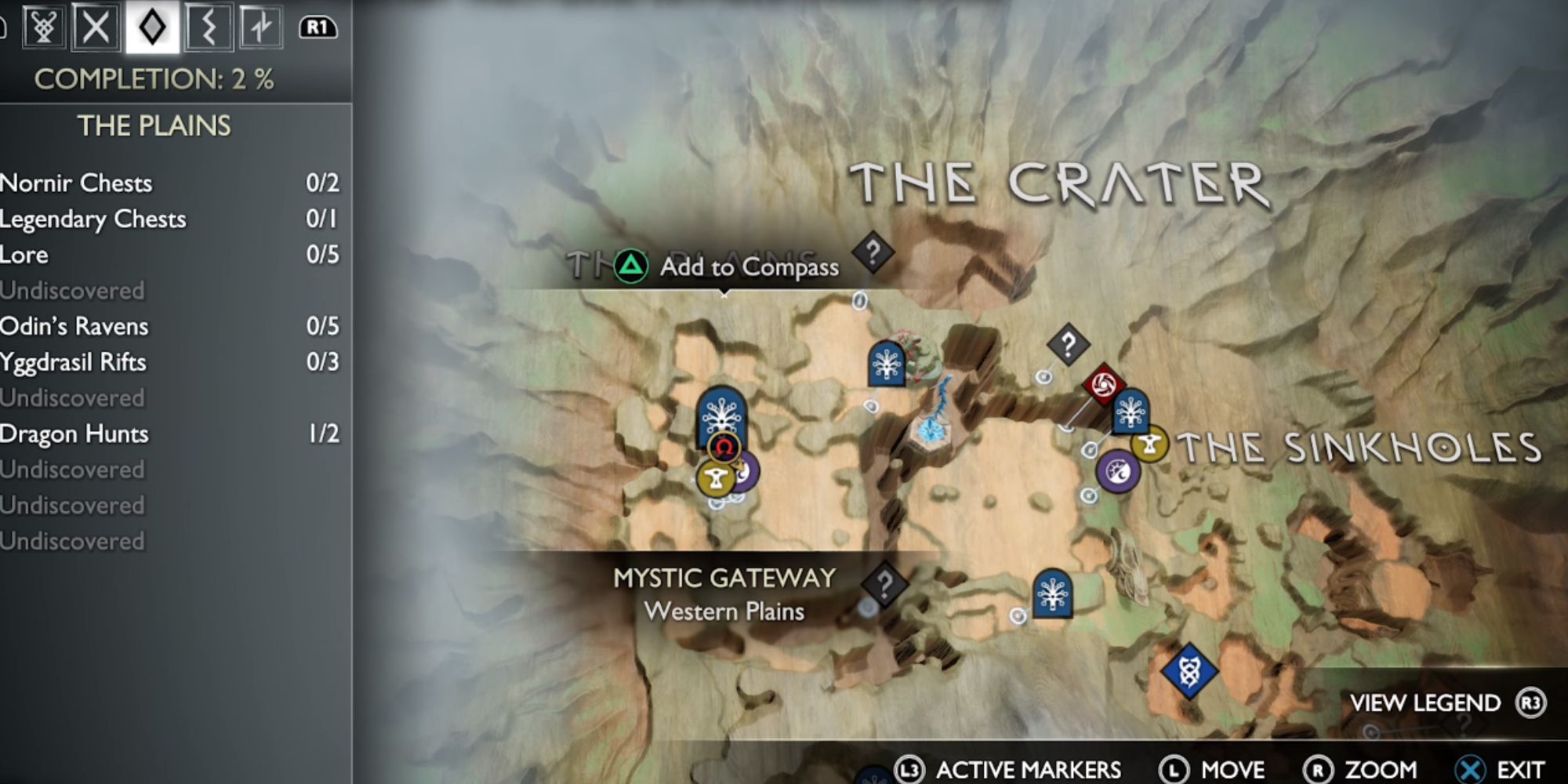 The second hunt is located near the Western Plains Mystic Gateway. Head Southeast, and you will soon come across a dead deer. Kratos assumes something is wrong with the kill, and the Favor "In Plain Sight" start.

Head east from this location to find another dead animal. Head west now to find a Soul Eater acting like a rock near a pillar. Defeat the Soul Eater to complete the hunt. 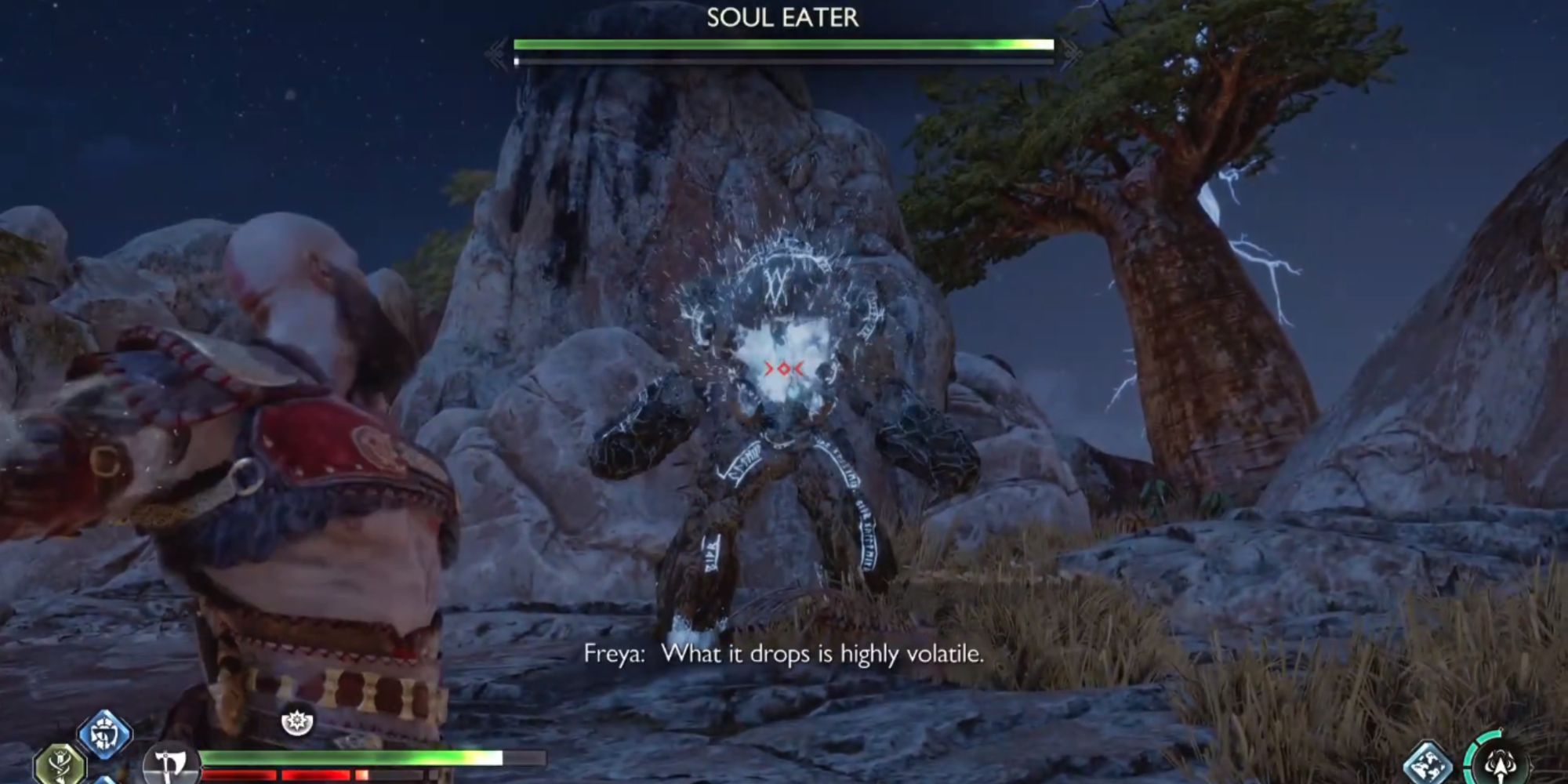 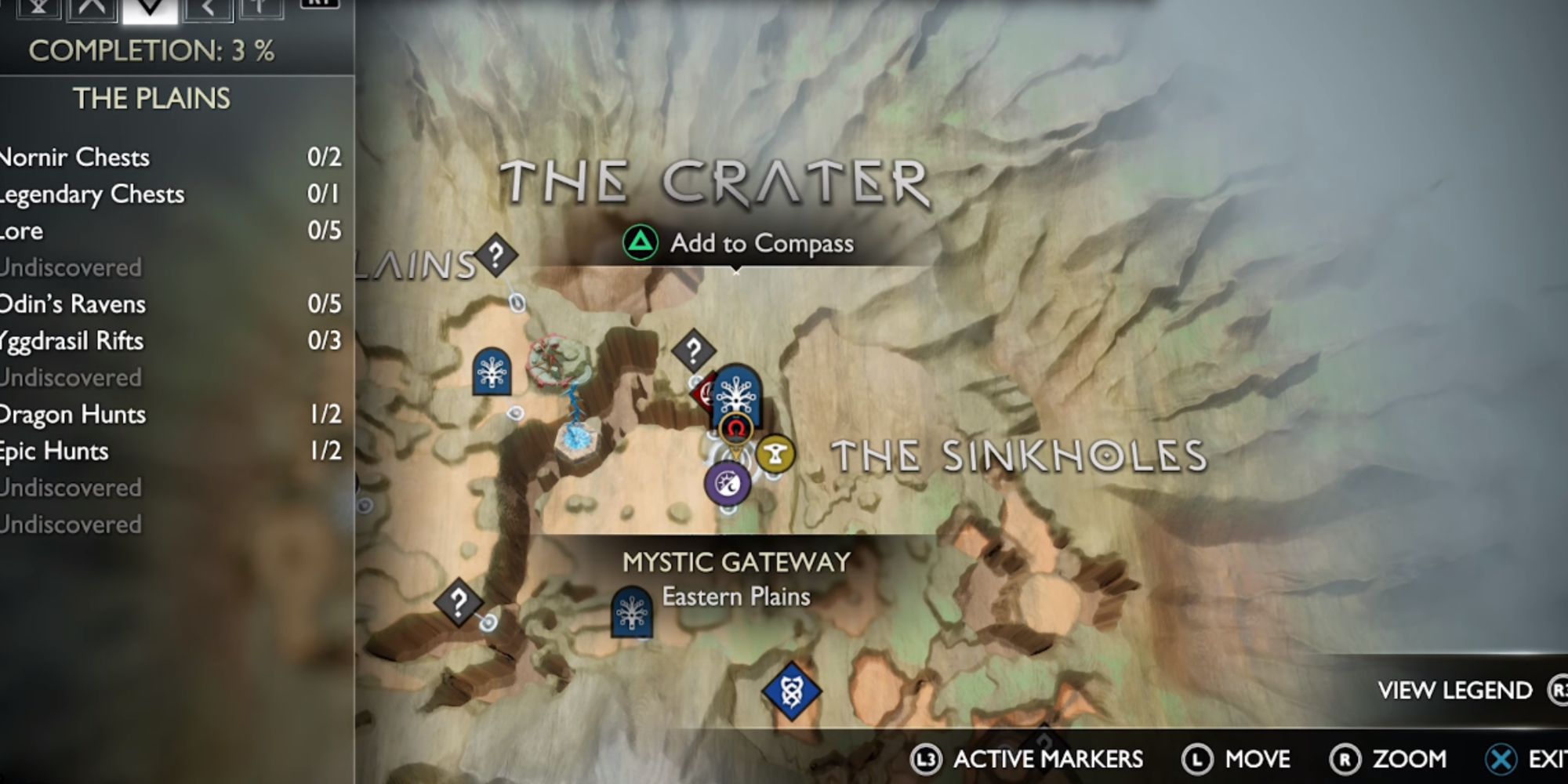 For the third hunt, make your way to the Eastern Plains Mystic Gateway. Change the time to nighttime using the Celestial Altar and approach the massive area. Here you will find a Wisp trying to take over animals. Use your Blades of Chaos to ignite it and make it go back into its spring.

The Favor "Nocturnal Predator" will start when you do this. 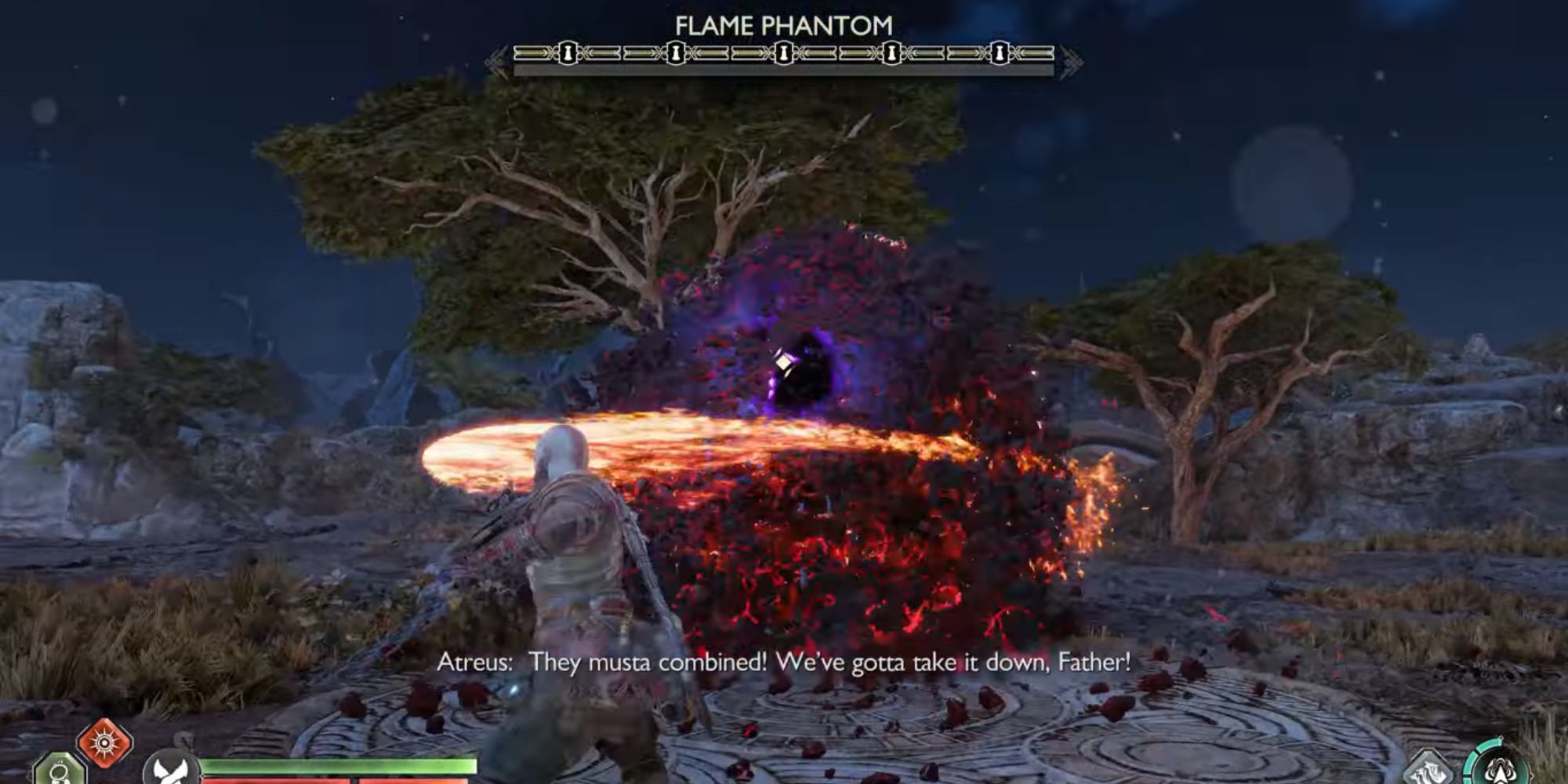 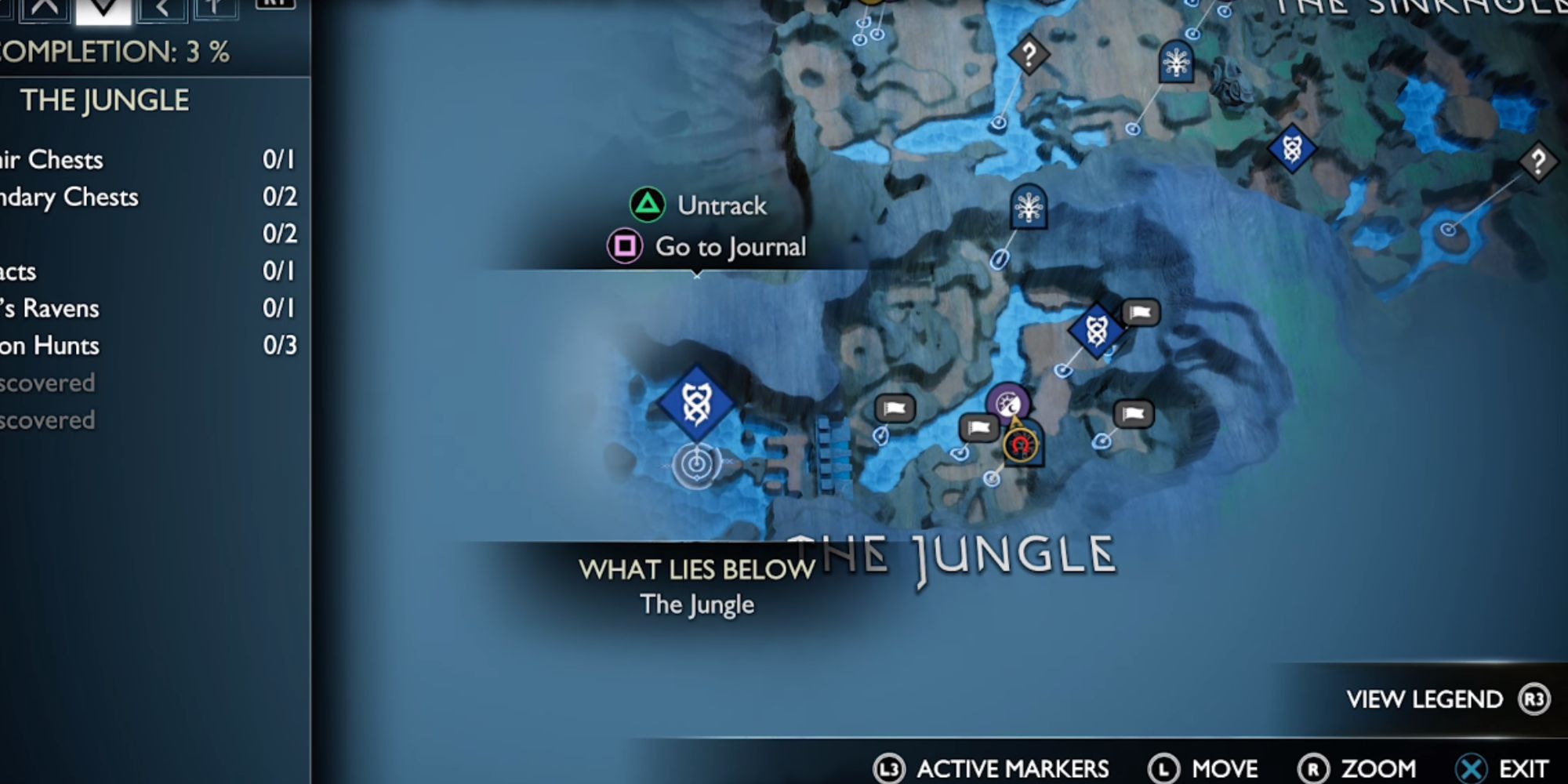 For the fourth hunt, make your way to The Jungle Mystic Gateway and head West. Reach the area marked on the map, which is the location of the Favor "What Lies Below." You will reach an area with two Drekis. Fighting them will complete the hunt and give you resources to craft the armor. 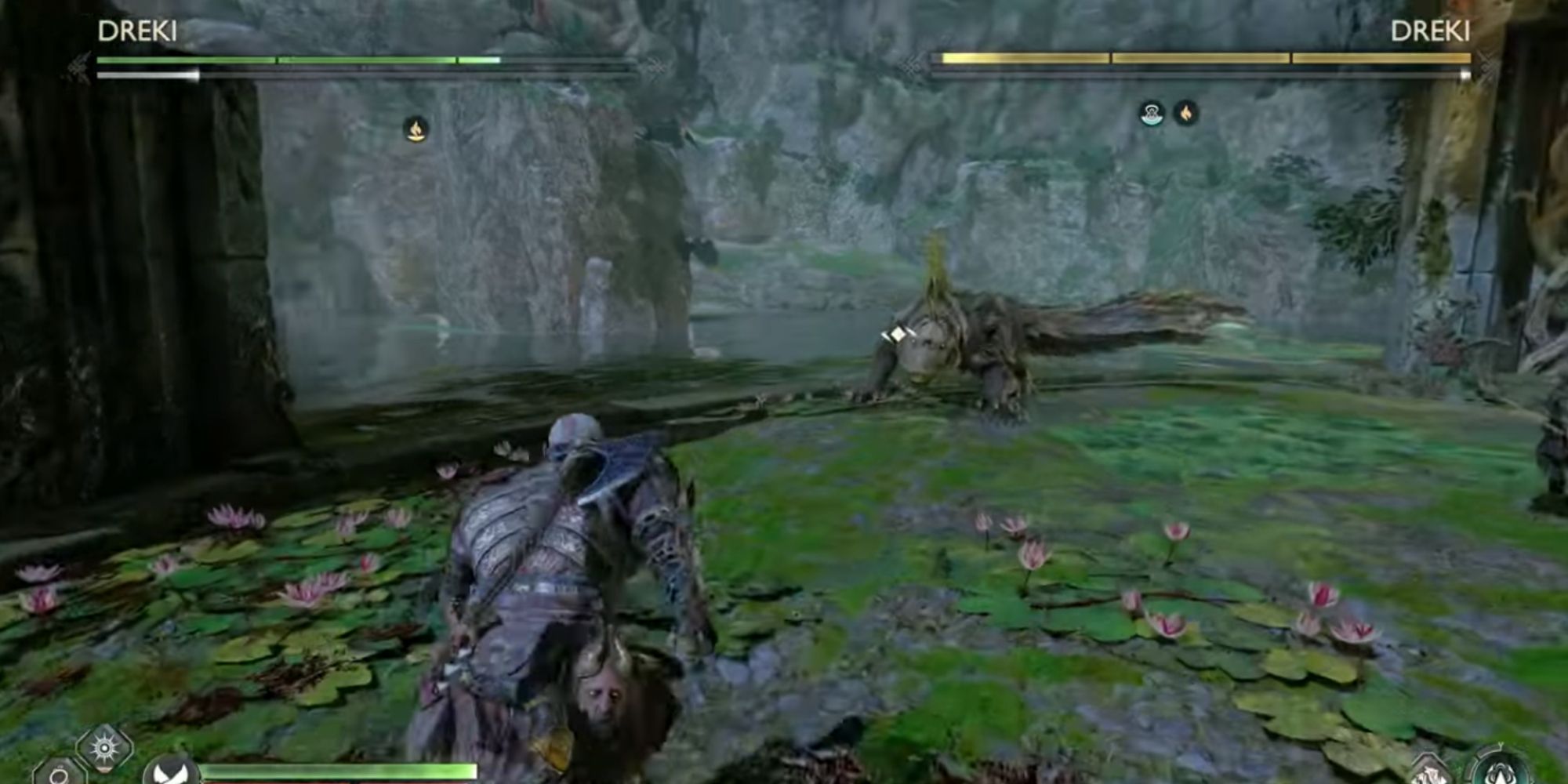 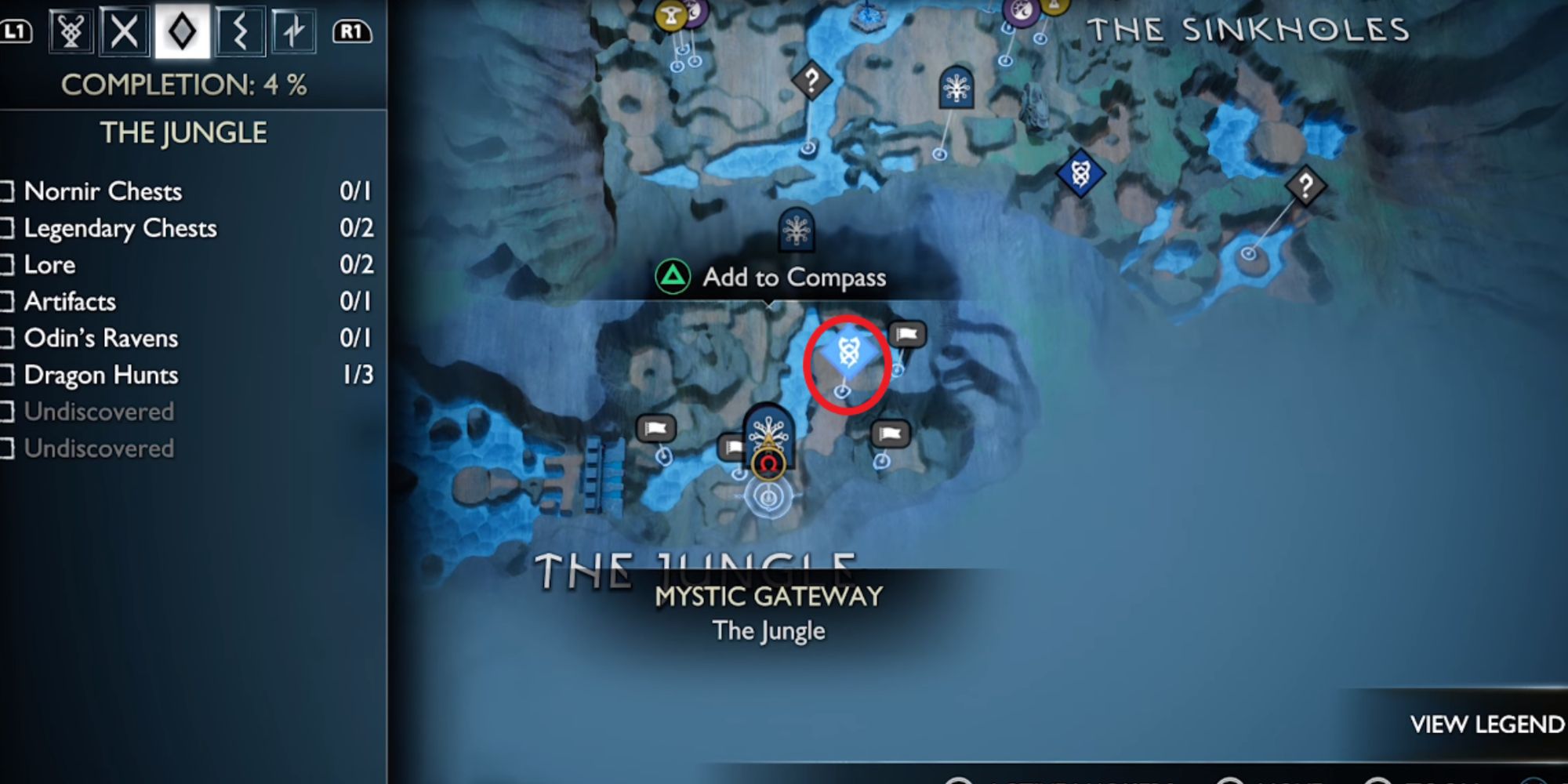 For this hunt, you need to head Northeast from The Jungle Mystic Gateway. You will need to reach the area marked on the map, which is the location of the Favor "Trail of the Dead." At the end of the Favor, you will come across The Corpse Eater, a dragon. Slay the dragon to acquire the resources. 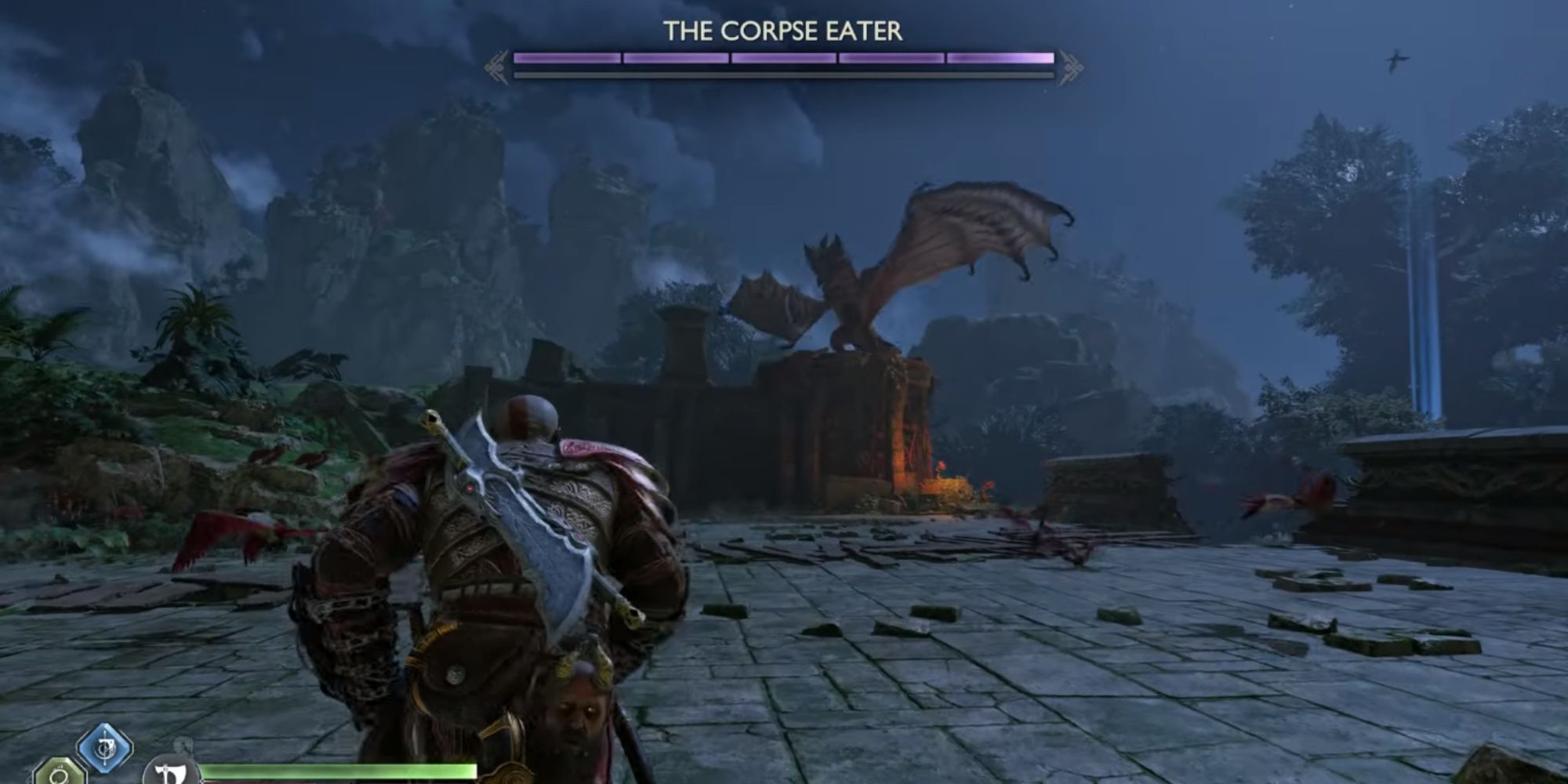 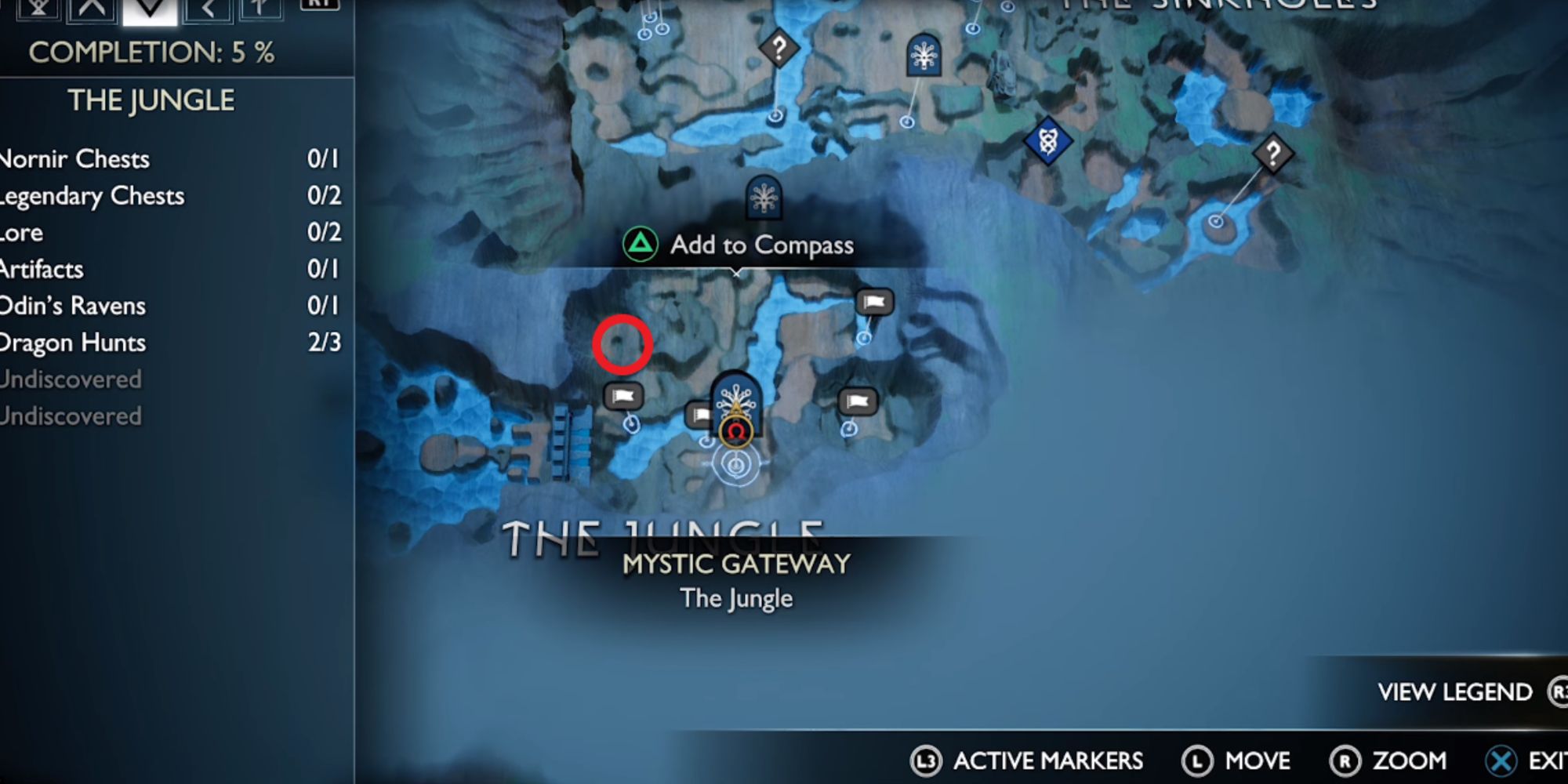 For the sixth hunt, you will need to make your way West of The Jungle Mystic Gateway. Make sure that the time is daytime. Dock your boat in the area marked on the map. Once you reach the gap in the wall, the Favor "Path of Destruction" will start. Head towards the hole in the middle, which appears to be a lift. Go down and open the gate up ahead.

Here you will see two enemy creatures. Do not kill them; instead, lure them back towards the lift and make them go inside. This will lure the creature that is on the surface. 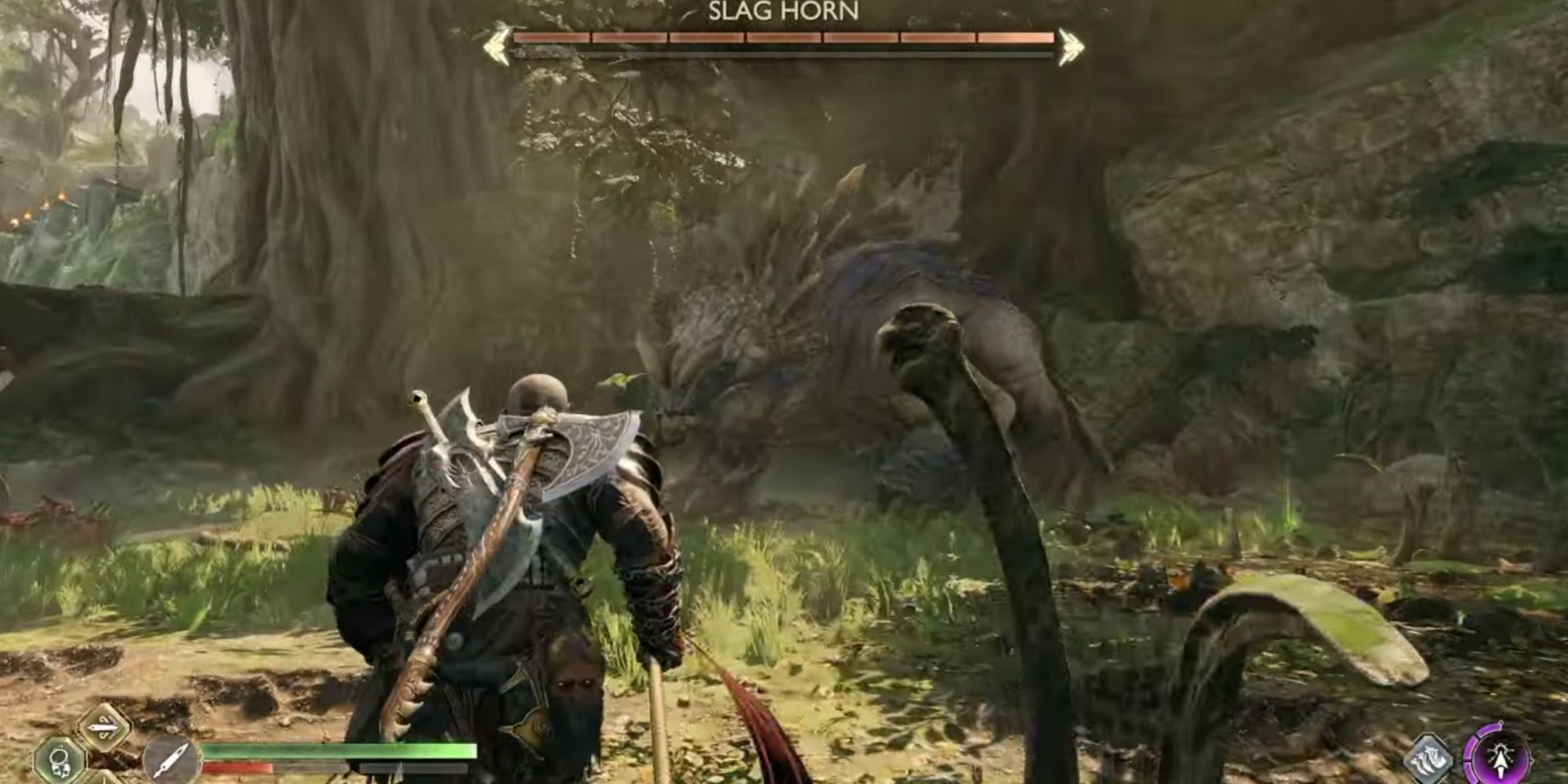 Once you have done that, head out of this area, take the boat, and go back to the site where the Favor started. Now there will be Slag Horn waiting for you. Kill it to acquire the resources that you need. 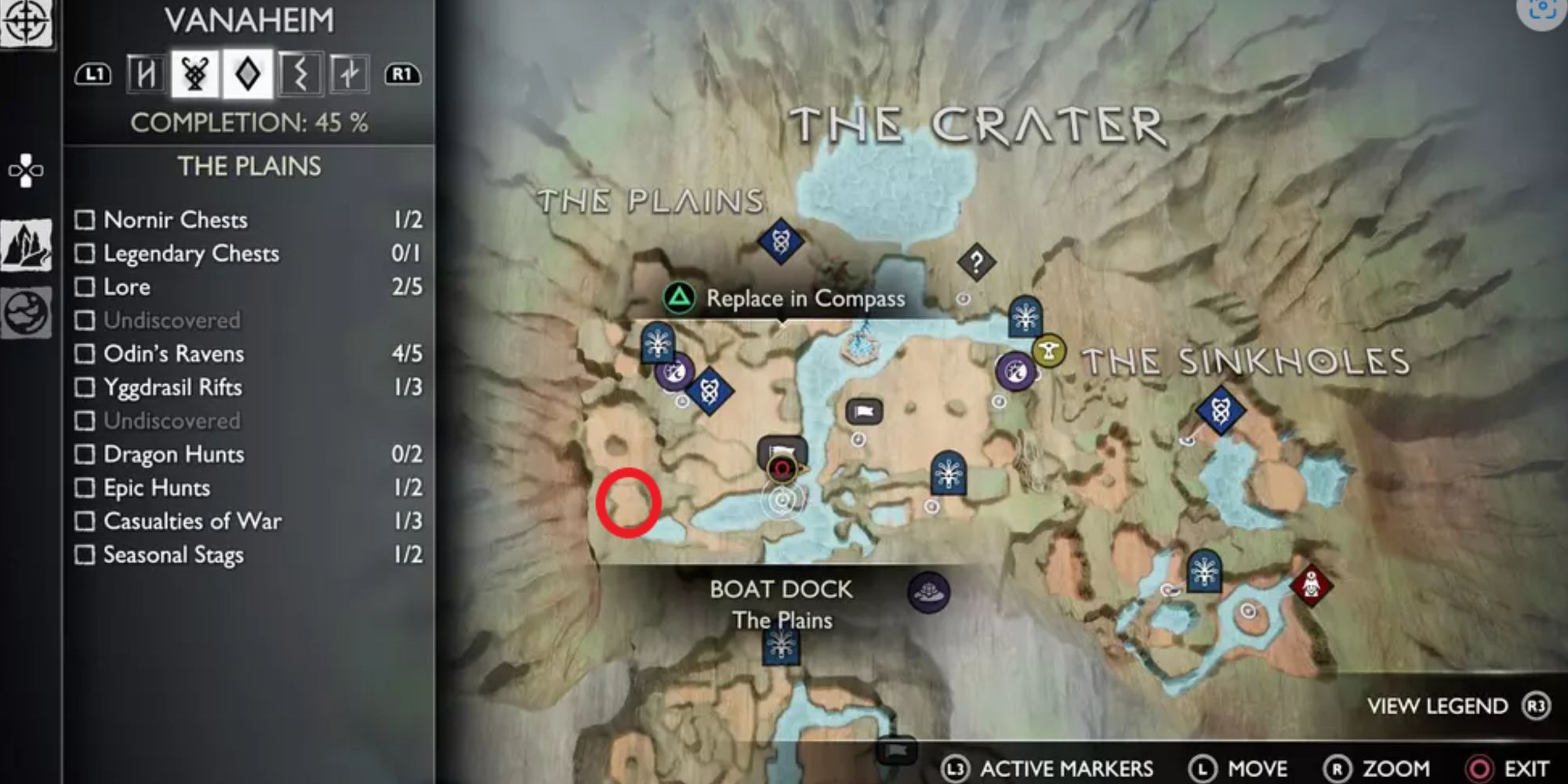 The seventh hunt is located West of The Plains Boat Dock. Make sure it is nighttime before heading there. Once you reach the area marked on the map, the Favor "In the Dead of Night" will start. Go down to face a Dreki, which will complete the hunt. 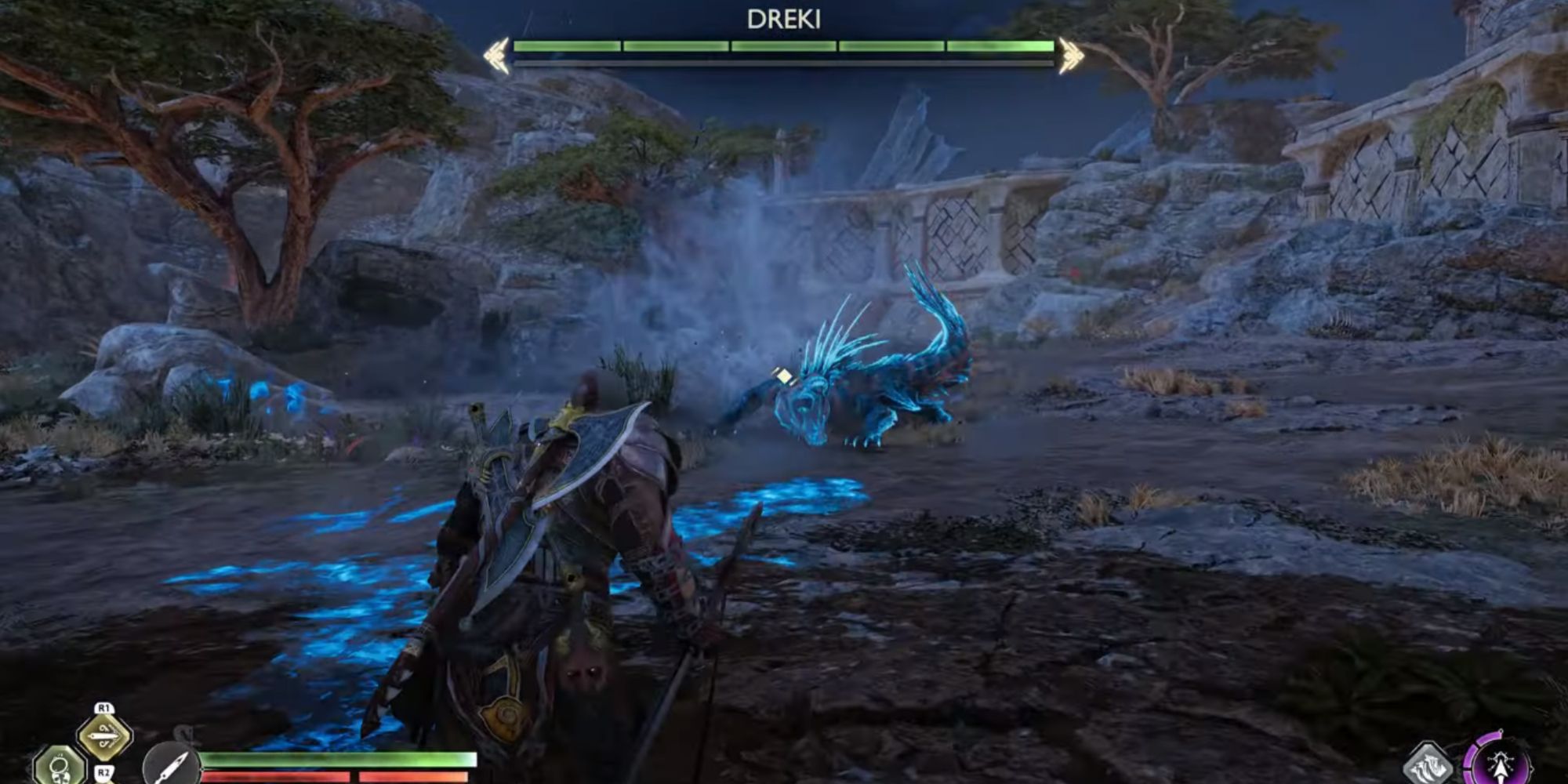 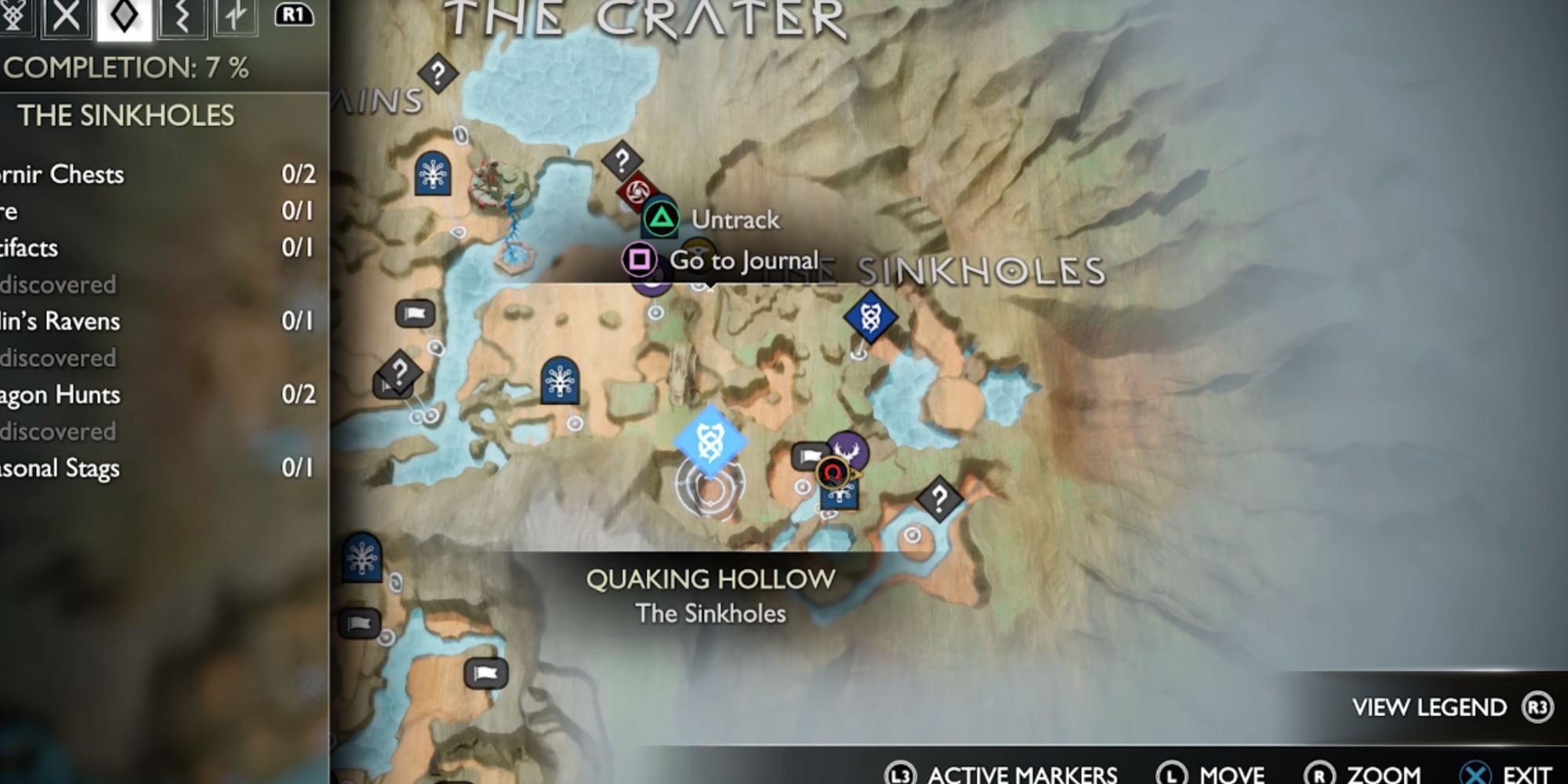 For this hunt, make your way West of Sinkholes Entrance Mystic Gateway. This is also the location of the Favor "Quaking Hollow." Explore through the Sinkholes until you reach the end. To progress through the Favor, you will have to defeat Crag Jaw. Doing so will complete the hunt. 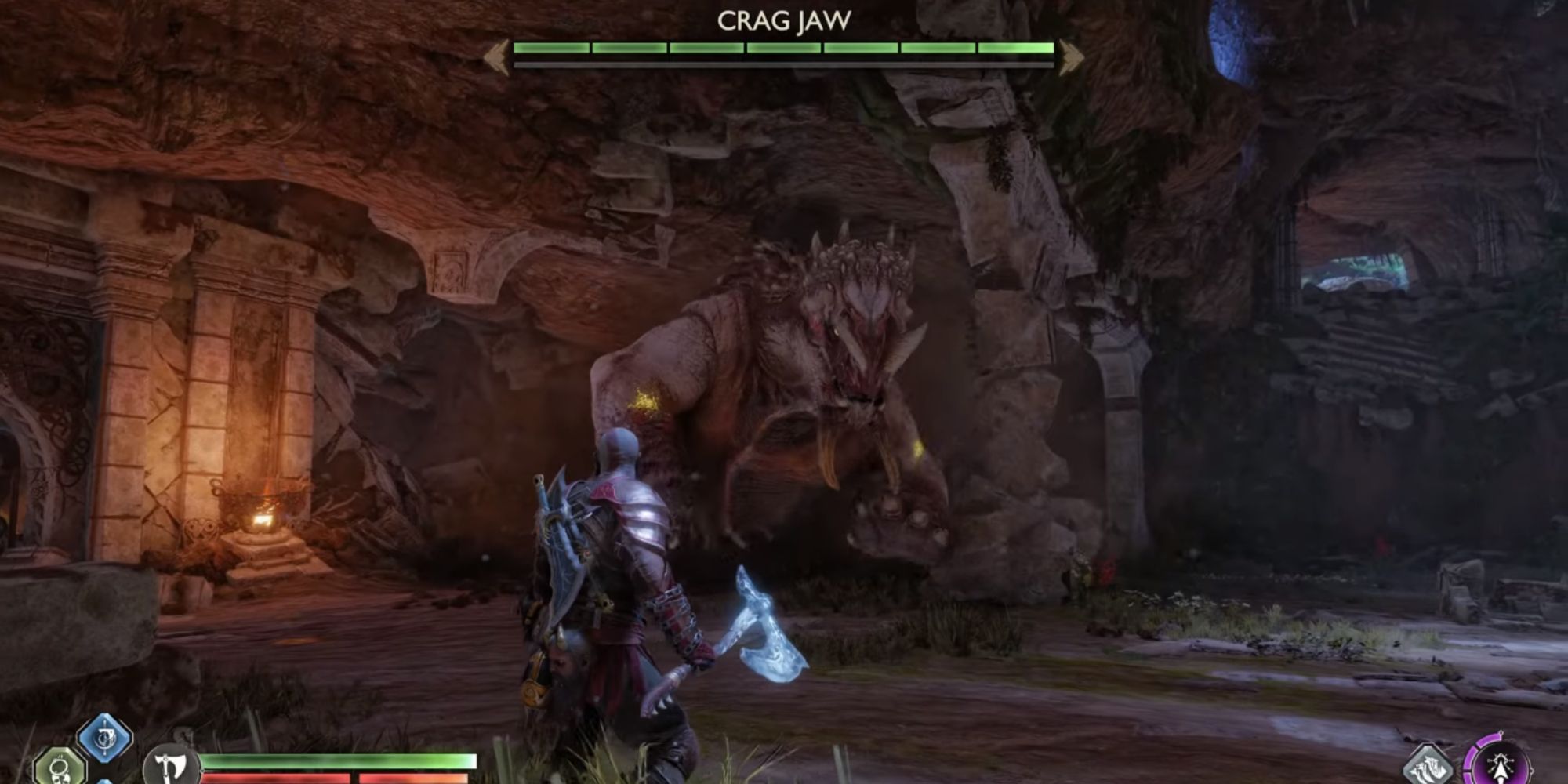 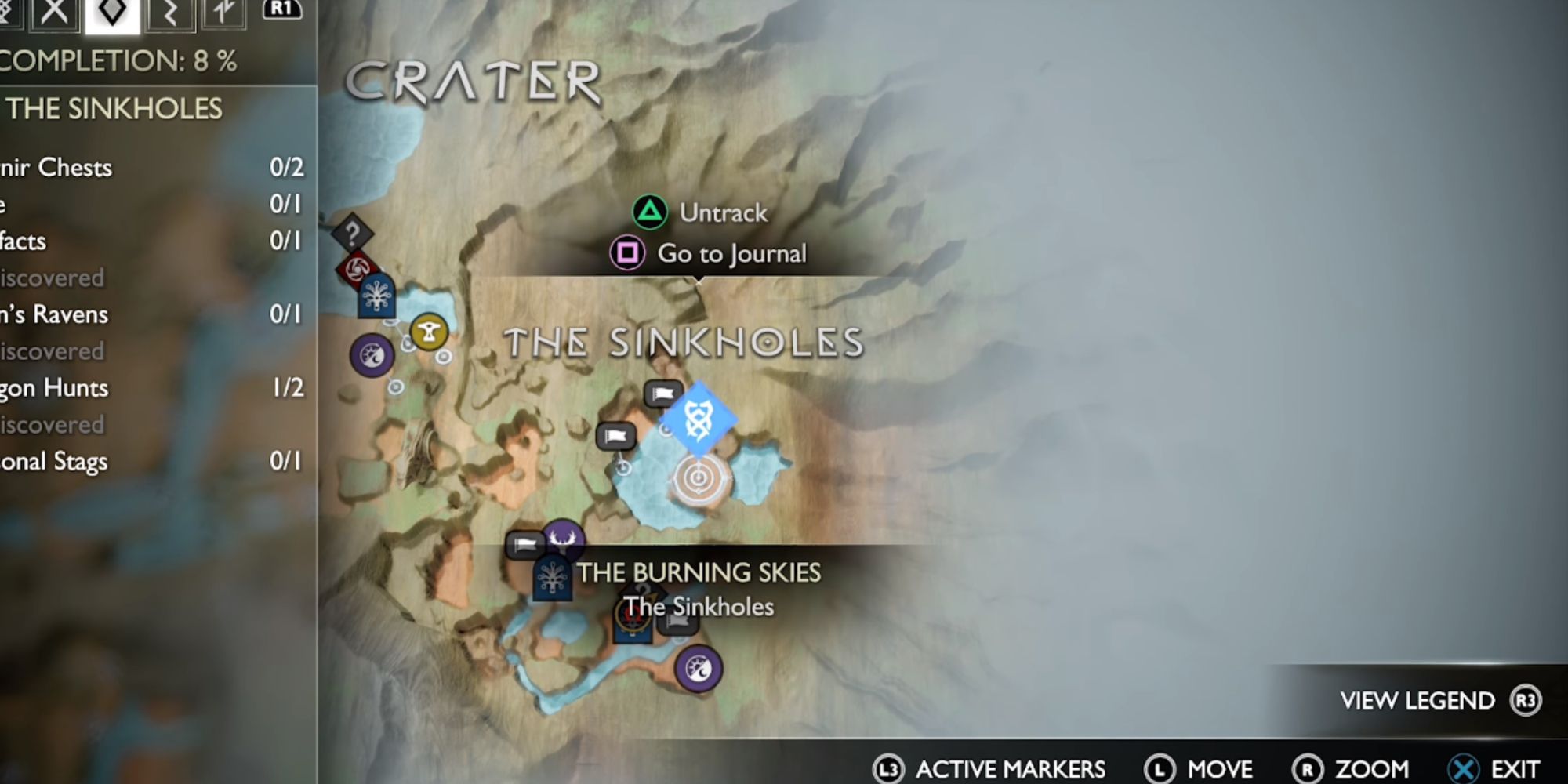 For the last hunt, head Northeast of The Sinkholes Mystic Gateway to reach the location of the Favor "The Burning Skies." Upon reaching the area, you will come across a flying dragon, The Ash Tyrant. Defeating will complete the hunts and get you Crafting Components. 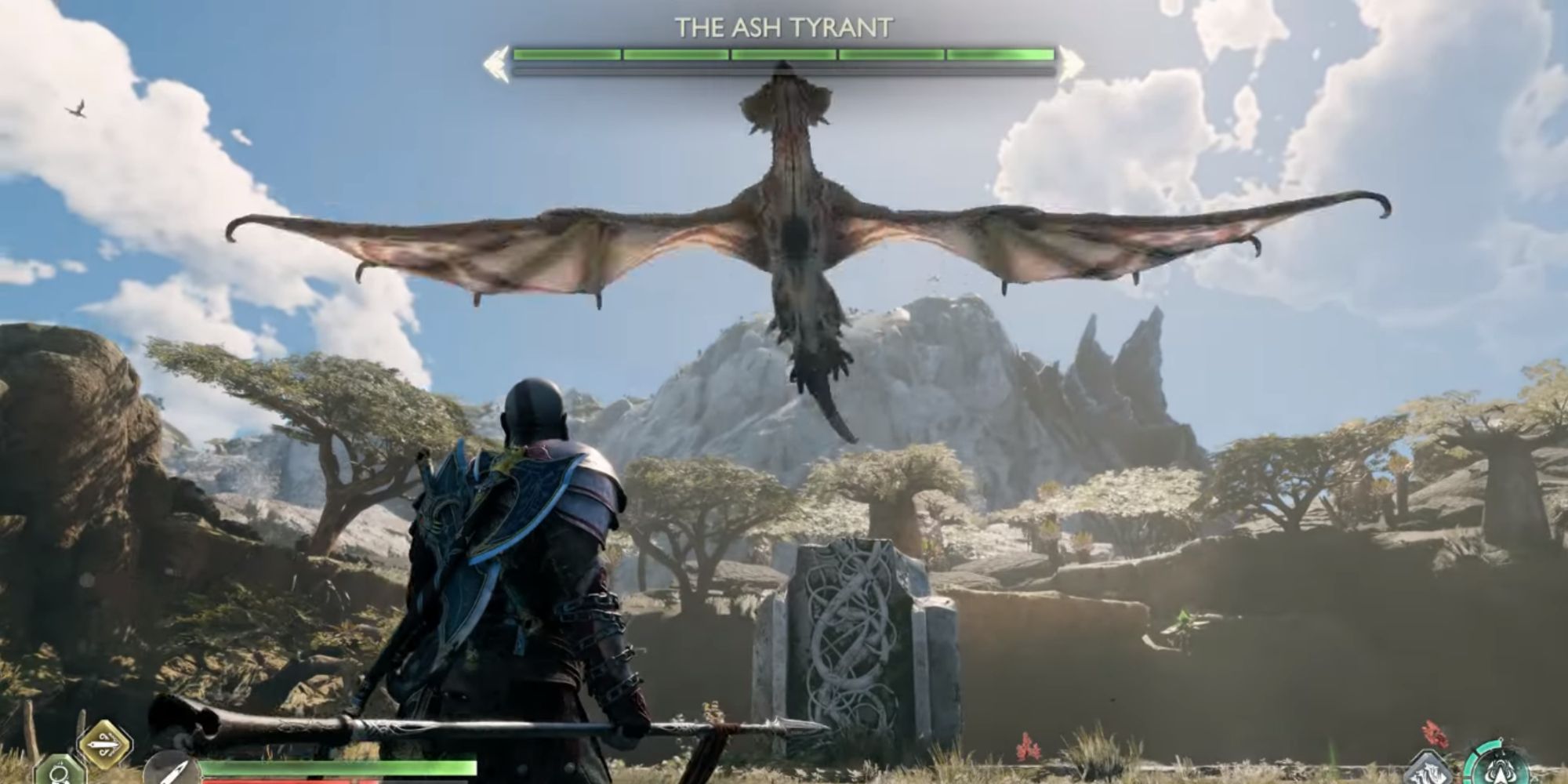