The fourth part of the Summertime Odyssey event has been released in Genshin Impact and this time, the story takes us over to Twinning Isle. Here, we finally confront Fischl's mirage and during most of the quest, she's missing. After finishing the Immernachtreich Apokalypse quest, we'll get to know a lot more about Fischl.

Not only that but completing this quest will also unlock the Immernachtreich Keep, which is the fourth mini-event in this event. So, if you want to take part in this event and earn the juicy rewards including Primogems, you will need to finish the quest mentioned first.

How To Beat Immernachtreich Keep 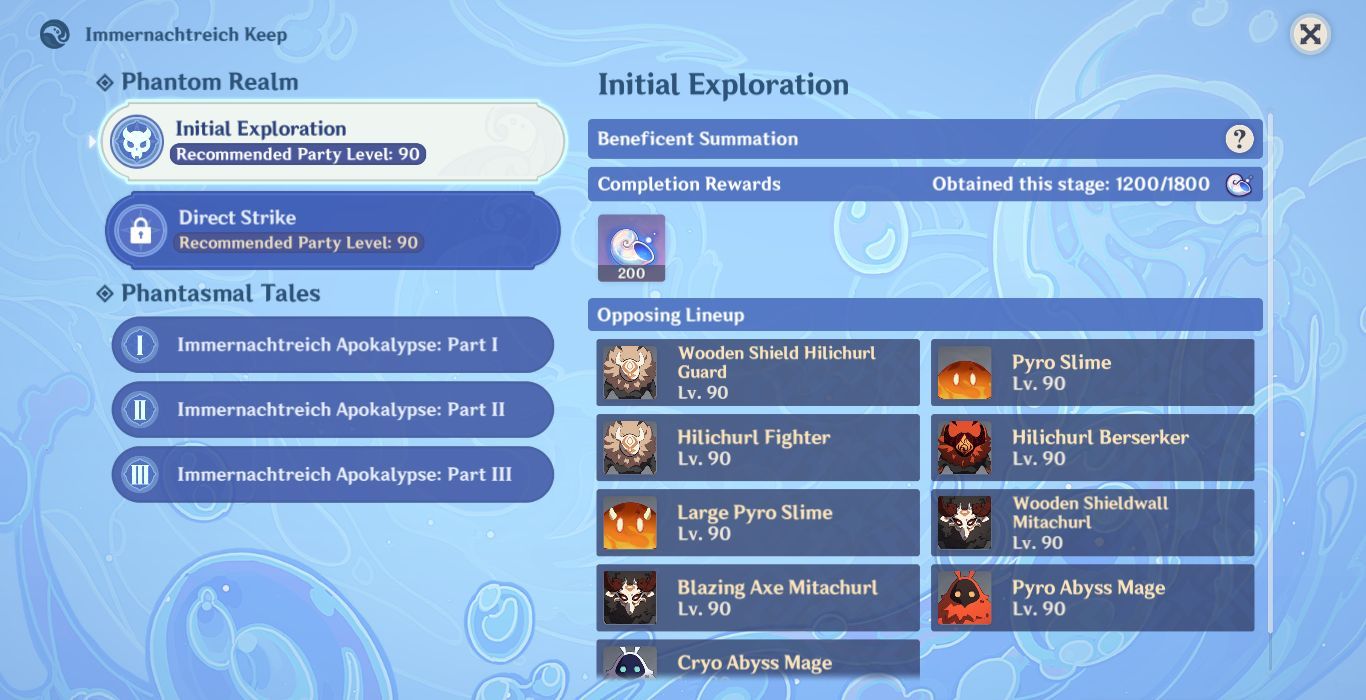 Once you've finished the required quest, head over to the Events tab at the top of your screen. Here, select the Summertime Odyssey event and click on Event Details. Find the Immernachtreich Keep event, which is on the far left bubble, and click on it. Next, click on Go To Challenge button at the bottom left.

Doing this will direct you to the point on the Golden Apple Archipelago map that you need to teleport to. Teleport there and get close to the book that you used to get inside the domain during the quest. You will get the option to enter the event. 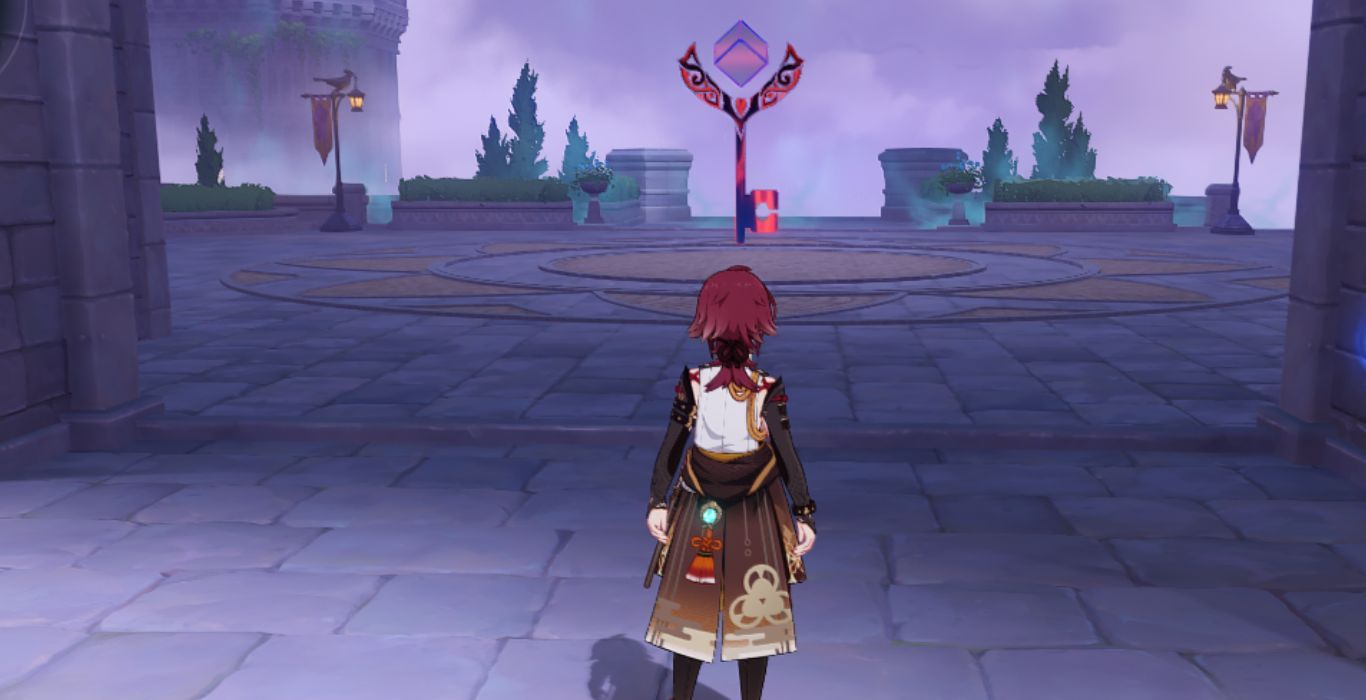 Click on Initial Exploration, and you'll be taken to the domain. Unlike other mini-events in Summertime Odyssey, this one only has one platform where you need to fight multiple times. This domain will also give you a new ability exclusive to Immernachtreich Keep.

During the fight, multiple buffs will spawn on the battlefield in a small circle. There are three types of buffs you can get from these. The first one summons a night raven that attacks the enemies rapidly, the second one deals AoE Electro damage around you every two seconds and the third one restores your Energy to 100 percent and resets Elemental Burst CD for the characters.

This part takes you directly to the last fight and saves some of your time. You need to finish this domain three times in total and fulfill some other requirements to unlock all the rewards. 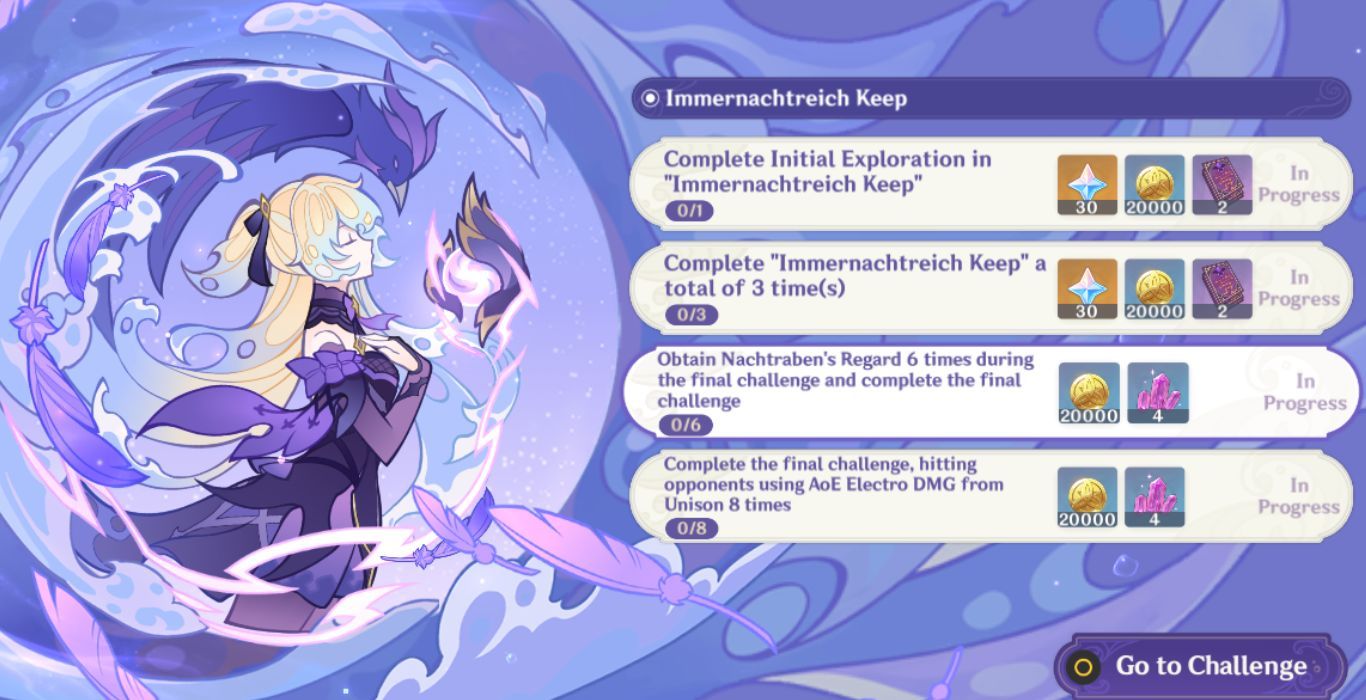 Upon finishing the domain three times, you will unlock the main rewards, which include 60 Primogems, 40,000 Mora, and four Hero's Wits. To unlock the other rewards, you need to finish certain challenges while doing the final fight of the domain.

During this fight, collect any of the buffs a total of six times and deal AoE Electro damage using the second buff eight times in total to unlock another 40,000 Mora and eight Mystic Enhancement Ores. Once all of this is done, you'll unlock all the rewards in the event.