Genshin Impact Maintenance time: How long are servers down for update 1.6? 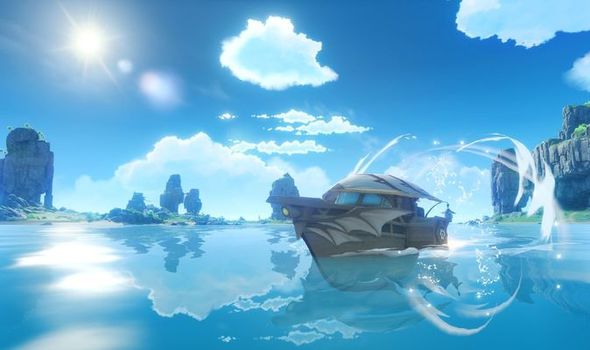 Developers Mihoyo have confirmed its plans to perform Genshin Impact maintenance that will last several hours.

The popular action RPG will be offline for an extended period, which will include the launch of Genshin update 1.6.

New characters are being added, with the Klee Banner set to kick off as soon as servers are back online.

Klee is a five-star Pyro character that will receive a boosted drop rate during the start of Genshin 1.6

A message from Mihoyo confirms: “ During this event wish, the event-exclusive 5-star character “Fleeing Sunlight” Klee (Pyro) will receive a huge drop-rate boost.

“Of the above characters, the event-exclusive character will not be available in the standard wish “Wanderlust Invocation.”

“The “Test Run” trial event will be open during this event wish. Travelers may use fixed lineups containing the selected trial characters to enter specific stages and test them out. Travelers that complete the challenges will receive the corresponding rewards.”

Travelers using Android can download Genshin Impact through the Galaxy Store, and venture into the world of Teyvat alongside Travelers on other platforms.

The official Genshin Impact maintenance time has been set for 11pm BST on Tuesday, June 8.

Server downtime is expected to last for around five hours and will end with the release of Genshin 1.6.

Mihoyo is also offering maintenance compensation of 300 Primogems for each player after everything has been completed.

This is set at an hourly rate so changes could be applied if the maintenance schedule is changed in the coming hours.

After maintenance has finished, Genshin Impact 1.6 will launch on Wednesday, June 9, with the Genshin 1.6 release time set for 4am BST.

For gamers in North America, the new Genshin update will be available to download at 8pm PDT on June 8.

Dubbed the Midsummer Island Adventure, the new Genshin expansion will send gamers out onto the oceans, where they will need to take on enemy towers, win races by sailing on a new boat called the Waverider, and take on a series of combat quests.

As confirmed by developers Mihoyo earlier this month, “The story begins when Klee receives a mysterious letter from a Dodo-King threatening to take Dodoco away from her. To help Klee and Dodoco, the Traveler will sail on a boat called a Waverider and explore a secluded archipelago scattered over a remote sea area.

“The Midsummer Island Adventure main event will be divided into four stages, each featuring unique gameplay. In the first stage, players need to sail on the Waverider and destroy enemy floating towers and encampments, either through firing your boat’s cannon or in close combat. In the next stage, players will be challenged in a race that combines both sailing and flying.

“The third stage will put your combat skills to test with the new opponent, Maguu Kenki. And finally, players will be asked to clear out nearby monster encampments with the aid of three kinds of Harpastum Bombs.”

How to Update The Genshin Impact Client:

Android: Open the game and follow the directions on-screen. (Alternatively, you may open Google Play and tap Update.)

PS4: Highlight Genshin Impact from the PS4 Home Screen and press the OPTIONS button and Check for Update.