Arataki Itto is a playable five-star character in Genshin Impact. Itto is one of the new additions to the Geo characters. His primary weapon of choice is a Claymore. He is affiliated with the Arataki Gang Oni and leads the group.

Arataki Itto has a featured banner called the Oni's Royale which runs until early January 2021. Itto has only one build that focuses on primary DPS only. His damage output is relatively high compared to other Geo users. His build is pretty straightforward, with only a few weapons and artifacts standing out compared to others. 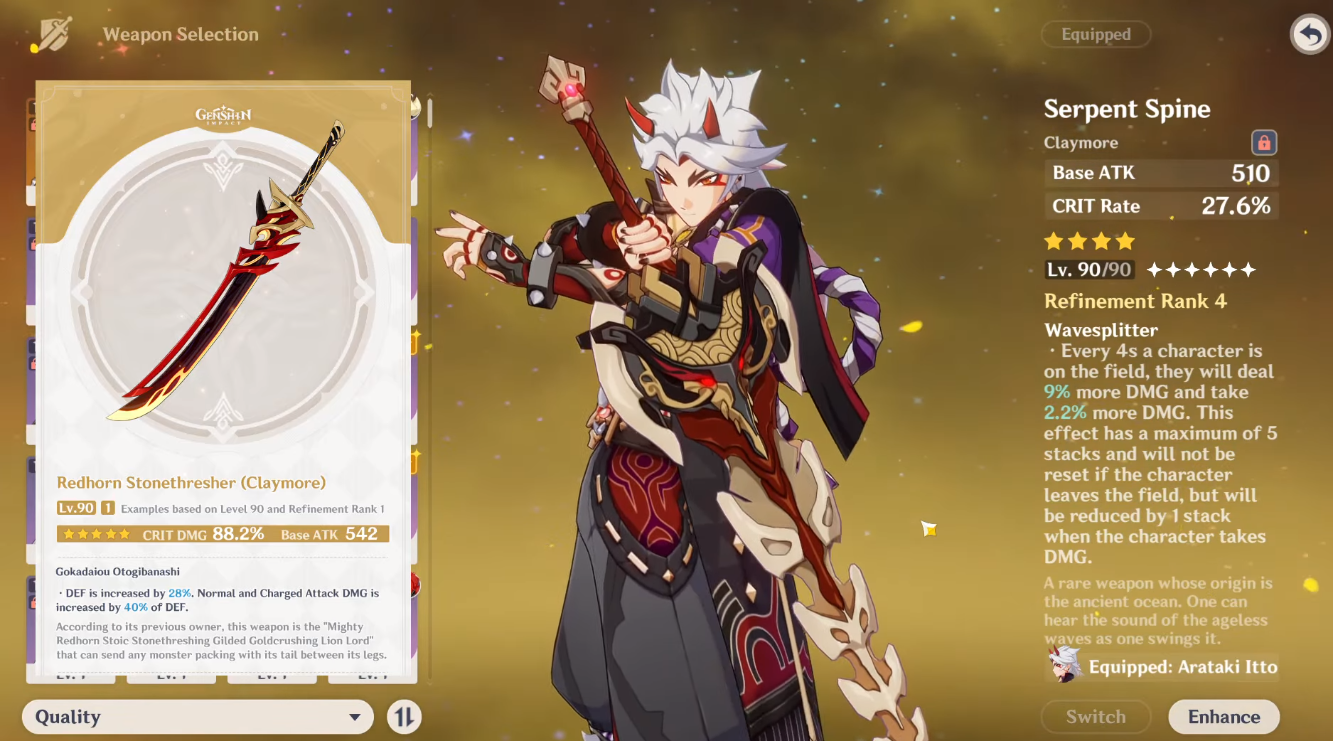 Acquiring Arataki Itto is relatively easy during the ongoing banner. Itto is featured in the banner alongside four-stars Barbara, Xiangling, Gorou who have increased drop rates.

Below are three weapons that will work perfectly with Arataki Itto:

Out of the three weapons mentioned above, Redhorn Stonethresher is the best first pick option to go for. It gives a massive increase in Crit Damage and increases Itto's Defence allowing you to stay on the aggressive more.

Serpent Spine is a four-star weapon available from the Gnostic Hymn version of the Battle Pass, while Whiteblind is forgeable and thus easier to get hold of. 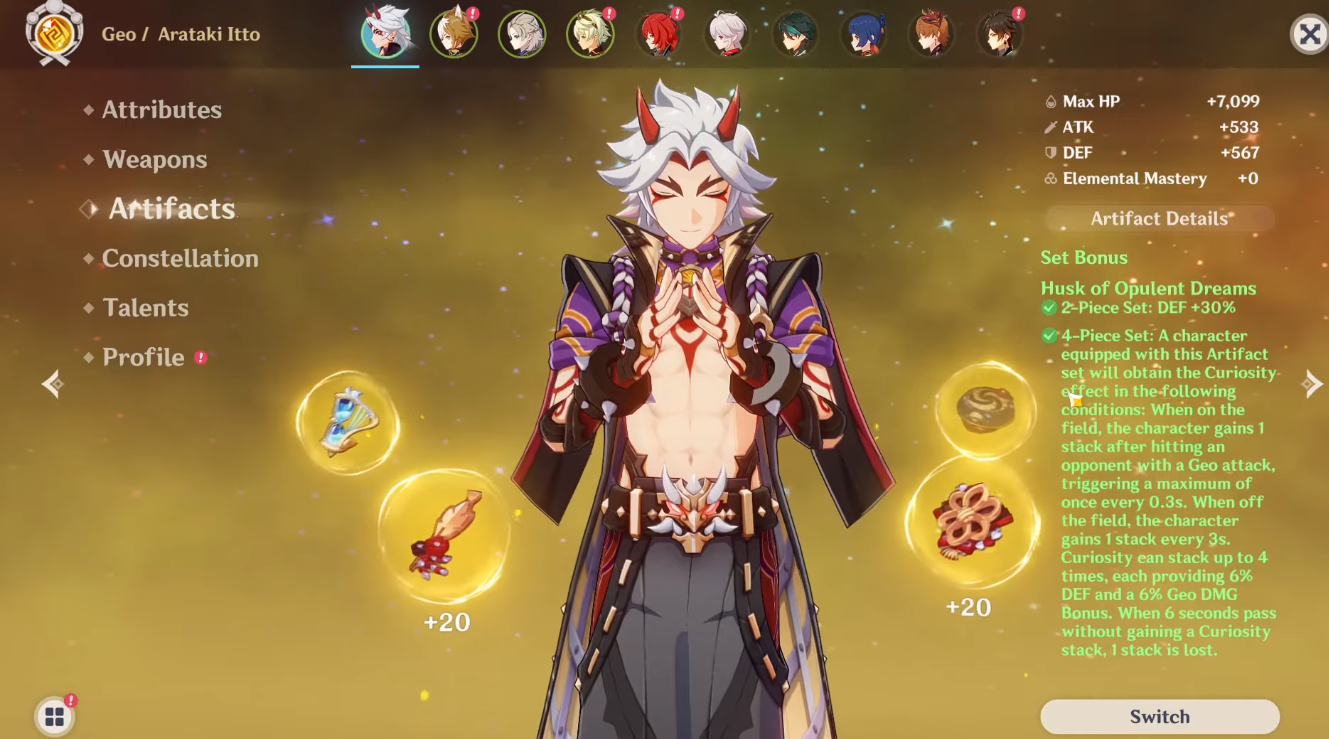 As far as the Artifacts for Arataki Itto are concerned, there are few options to work with. This is mainly because one artifact suits Itto perfectly.

The following sets are best for Arataki Itto:

Husk of Opulent Dreams is the artifact set you will be using on Itto. In terms of stats Crit Dmg and Crit Rate are high priority, followed by Defense and Energy Recharge.

You can obtain the artifacts in the new update by challenging the new Slumbering Court Domain on Seirai Island. Retracing Bolide is an alternative option if you do not have the other artifact set and is available from Domain of Guyun.