GeForce Now adds ANOTHER 15 games, including one of the strangest releases EVER 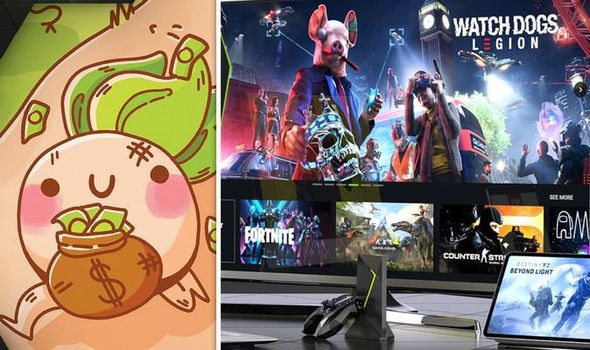 NVIDIA GeForce Now subscribers can access another 15 games as part of the service.

NVIDIA GeForce Now lets PC users access their library of games on devices other than a traditional desktop.

Using cloud streaming technology, you can play the games you own on devices like smartphones, tablets and Shield TV.

It even comes with RTX ray-tracing support, which is ideal if you want to play demanding games on underpowered machines.

The paid membership includes priority access to game servers, as well as extended play sessions and the aforementioned RTX support.

There’s also a free membership option, which caps play sessions at one-hour. However, you can log back in and carry on playing after the time expires.

This week’s new additions to the GeForce NOW library include Anno 2070 and Anno 2205, as well as Warhammer 40,000: Inquisitor – Martyr, Worms: Clan Wars and Yes, Your Grace.

It also includes one of the strangest games ever, as Turnip Boy Commits Tax Evasion joins the line-up.

“Launching on Steam today, play as an adorable yet trouble-making turnip,” reads the official description.

“Avoid paying taxes, solve plantastic puzzles, harvest crops and battle massive beasts all in a journey to tear down a corrupt vegetable government!”

“Since GeForce NOW is streaming the PC version of these games, members receive the full experience — with expansion and DLC support — and can play with and against millions of other PC players.”

You can see the full list of new GeForce Now games below.

The full list of new games on GeForce Now…