Gamescom Let Me Brew The Worst Beer Ever

When I signed up for Brewmaster, I thought it might be a decent larf. Get some beer making stuff, chuck in some flavourings, off you pop. Brewmaster however is far more realistic than that. As I've written before, I struggle to get into these hyper-realistic sims. I don't want to power wash a golf course. I don't want to mow the lawn. I don't want to build a PC, nor drive a truck, nor evidently, make a beer. This is not to say Brewmaster isn't good – indeed, the more I felt myself not liking it, the better I knew it was getting. There were no mechanical issues, no overly fiddly menus, no obtuse complications that bogged everything down, it was just a bit too realistic. When that's the game's main aim, it can hardly be held against it.

Making beer is a long and arduous process, and Brewmaster strikes a good balance of cutting down on the length while keeping it as arduous as ever. You can fast-forward time (and even skip ahead days) to ensure you can create a full beer from scratch in about 20 minutes, but each step must be completed manually. Obviously the physical labour, like hauling sacks of ingredients or lifting pots of water, is eliminated, but that aside Brewmaster expects you to do all of the work yourself. You'll need to choose the right hops, you'll need to pour the correct amounts of each ingredient, you'll need to monitor the temperature, and you'll be in charge of the whole operation. I overfilled my water, left my pot boiling for too long, and had issues with viscosity, leading to yet more water needing to be added – it was a mess, but it was my mess. 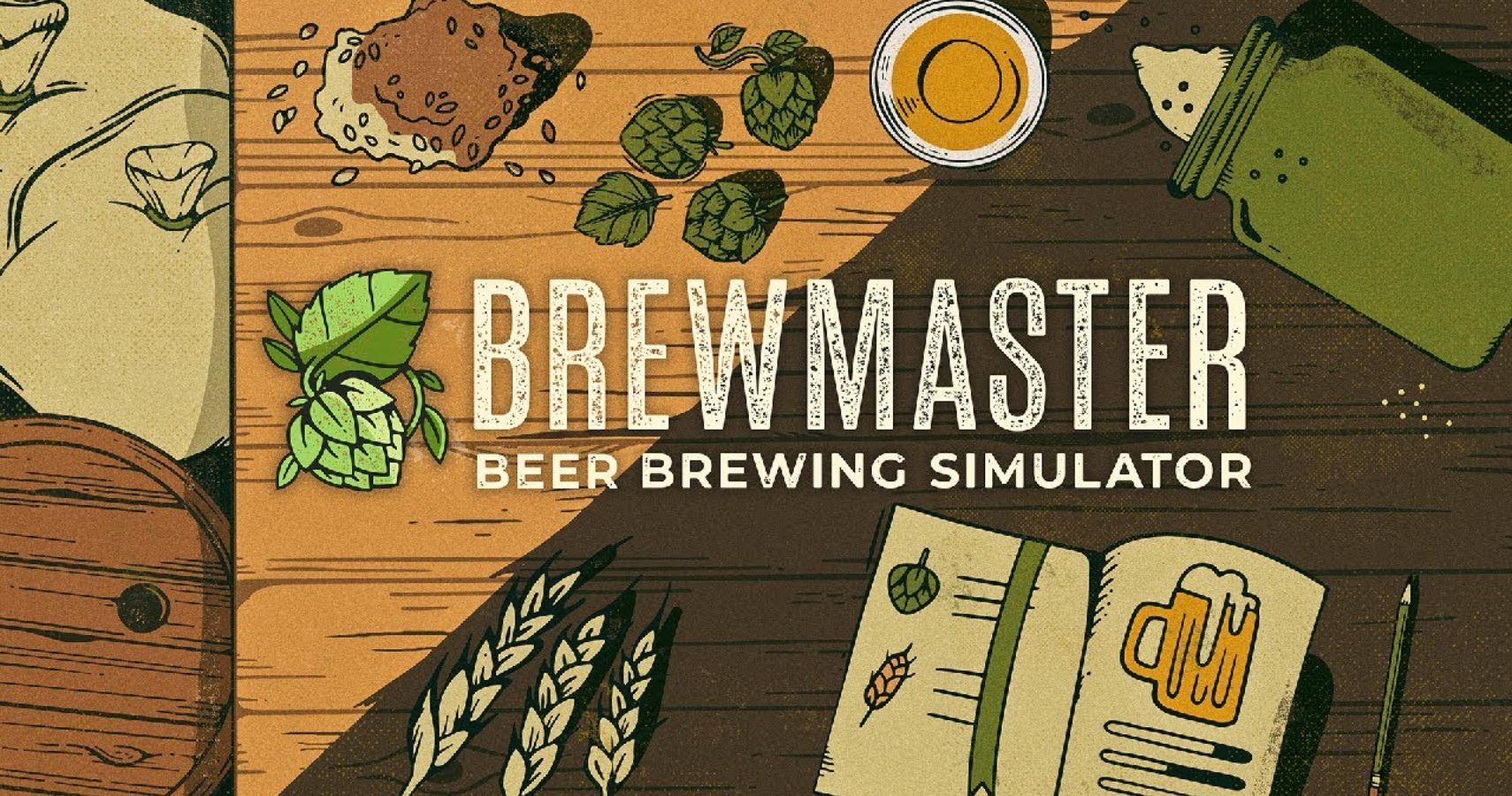 I've never brewed a beer before, but Brewmaster feels very realistic. An actual brewer may have a different opinion, but with so many stats at your fingertips regarding each ingredient and an analysis of your final beer (including parts that the PR couldn't even explain, such as what a beer's gravity was), this feels like a simulator which goes well beyond the casual scope. You can probably get by just following the instructions to the letter, but there's ways to play around and make each beer your own. This is confounded by a label design system at the end, which lets you tweak everything from name to font to logo.

These bottles can then be displayed around your home or entered into in-game contests, giving you a little more to strive for than just making the drinks themselves. Of course, for me the joy in making my own beer would come in the drinking of said beer, which the game cannot provide. Then again, the joy in building my own PC would be in having a PC, and the joy in mowing my own lawn would come from mowing my own lawn. In that sense, Brewmaster makes as much sense as all the other sims out there, which means you'll all probably get it more than I do.